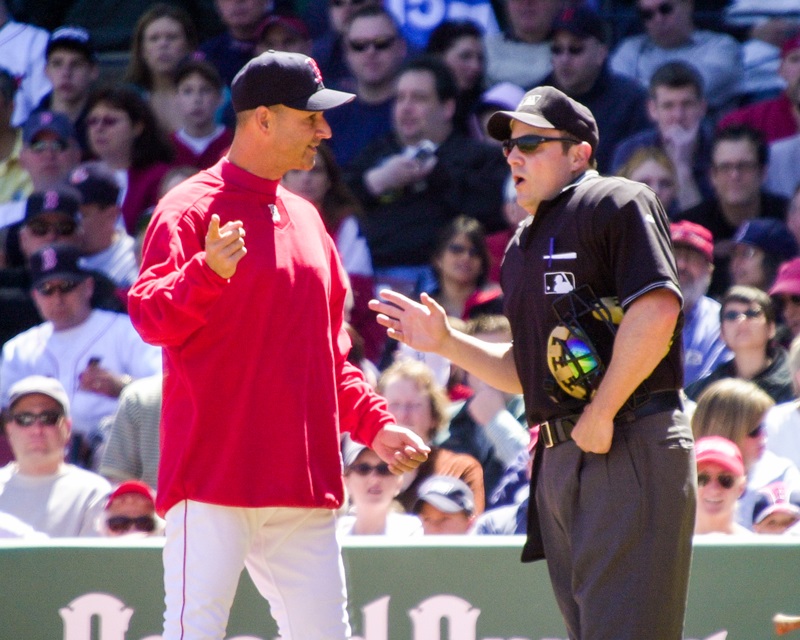 The role of a baseball manager is to know and understand the rules of the game. With pitchers batting in the National League as of 2021, managers need to be familiar with the Double Switch rule. The Double Switch is different from a traditional substitute player taking the spot of another batter, runner, or defenseman, though. So what exactly happens during a Double Switch in baseball? Learn about this rule and more below.

A Double Switch in baseball takes place when there are two simultaneous changes in the batting lineup at the same time. Typically speaking, managers make a Double Switch when a DH spot is unavailable and the pitcher is about to hit in the next inning. A Double Switch occurs later in a game when the game is close between the two teams and in a National League ballpark.

What is an Example of a Baseball Double Switch?

Let’s pretend that the New York Yankees are playing the New York Mets at Citi Field. Citi Field is a National League Ballpark, so it has the pitcher hit since it has National League rules. The Yankees just brought in a new pitcher in the bottom of the seventh to pitch, and that pitcher only threw a handful of pitchers to end the inning. The Yankees Right Fielder made the last out in the top of the 7th, and he was the 7th hitter in the lineup. Now the Yankees make a Double Switch in the lineup to ensure that the new relief pitcher does not immediately bat in the top of the eighth inning.

The Double Switch moves the new relief pitcher from the 9th hitter to the 7th hitter in the batting lineup. Then the Yankees bring in a new Right Fielder to bat ninth in the order, initially the pitcher’s spot. By making the Double Switch, the Yankees don’t have to pinch-hit for their pitcher to create a more competitive at-bat in the top of the eighth inning, which allows them to keep their relief pitcher to start the next half inning pitching. In addition, since pitchers are generally poor hitters, the New York Yankees get a better lineup in their next immediate at-bat in the top of the eighth with a better hitter.

What becomes tricky for MLB fans to remember during a baseball game is that the batting order is different after a Double Switch. So while the New York Yankees in that example gave themselves a better at-bat immediately by not having the pitcher hit, they also had to bring a new position player off their bench to take the Right Fielder’s spot. This spot replacement can backfire for teams because you took away one-hitter and replaced them with someone on your bench, which means you lost a bench player to use later in a game.

Can you Double Switch a DH (Designated Hitter)?

It is illegal against baseball rules to run a Double Switch on a DH position. The reason teams can’t Double Switch a DH spot is because the position is locked in the batting order. With that being the case, teams and managers need to think carefully about who they put in as the DH in their lineup. However, a substitute player can take the DH spot from the starting DH player at any time during the game.

How is a Double Switch Different from a Traditional Substitution?

What Makes the Double Switch Difficult for Managers to Implement?

The Double Switch is a short-term play by a team to gain an immediate advantage in hitting for the next inning. However, managers are rolling the dice with a Double Switch since they also have a substitute player replace a defensive player on the field to bat in place of the pitcher. Managers try and wait as long as possible before making this switch since it is risky and reduces their bench availability.

One risk of the Double Switch is that it limits your available bench quickly. A narrow bench can become problematic if the team cannot pinch-hit for a pitcher in extra innings, for example. Imagine if you can’t pinch hit for a pitcher later in the game because you have no more bench players.