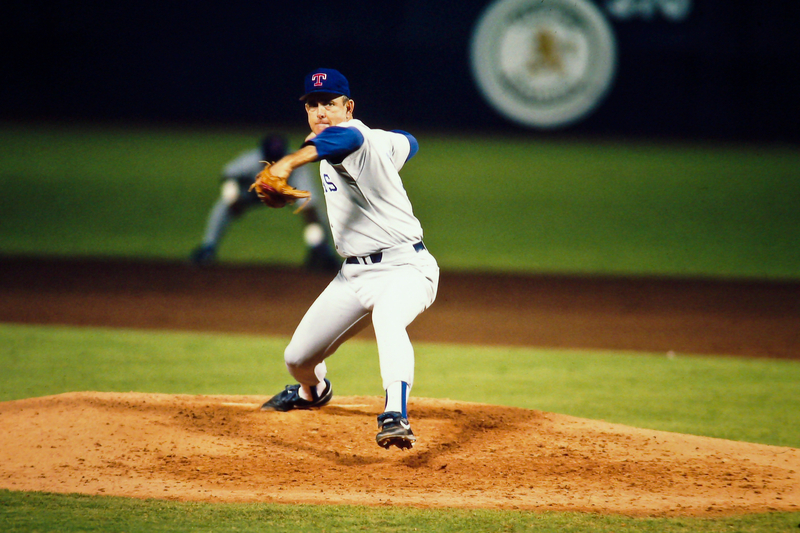 Getting a great outing from a starting pitcher can help your team in two ways. First, a strong outing from your pitcher means that they gave your team the best chance to win the game. Second, a pitcher who saves your bullpen arms from pitching means extra rest for relievers. So is there a term in Major League Baseball that quantifies a strong outing for a pitcher in a simple phrase? The answer to that question is the quality start. Learn more below!

A quality start in baseball refers to a starting pitcher who throws at least six innings and gave up three or fewer runs in their outing. The stat is a good measurement for organizations and fantasy baseball owners to identify which pitchers gave quality performances. However, earning a quality start does not mean you will get the win for a game. Perhaps the game is tied when you leave after the six, or maybe your team hasn’t scored any runs after you give up one run, and you lose the game 1-0. While the non-win or loss looks terrible on the pitcher, the quality start metric helps explain that the pitcher did their job.

Who Coined the Phrase?

The phrase “quality start” comes from John Lowe, a sportswriter for the Philadelphia Inquirer in 1985. As the years have gone by, organizations and players expand that phrase to explain different scenarios. For example, Nolan Ryan uses the term “High-Quality Start” to represent a pitcher who pitches seven innings and gives up less than three runs. Another phrase you may hear from the radio and TV announcers is a tough-loss, which means a pitcher lost the game even though they got the quality start.

How is a Quality Start Different from a Complete Game?

Who are the All-Time Quality Start Leaders

A Change in Pitching in Recent Years

Sabermetrics and mathematicians now run most of the decision-making for Minor League and Major League Baseball organizations. Statistics and projections lead to teams managing the game in a radically new way. Teams today tend to remove pitchers earlier from games for a few reasons.

First, data implies that baseball players who see the same starting pitcher on their third visit yield a higher average and OPS. Second, if the pitcher pitches over 100 pitches in a game, hitters tend to hit better off them. Third, teams look for quality outs instead of long outings during baseball games. The rise in groups using a baseball opener (reliever who starts the game) suggests using your best pitcher no matter what to get an out. Finally, teams don’t want their starting pitchers to get hurt due to the financial investment, so they take them out to prevent injuries.

With these four examples above, you will see fewer quality starts in the game. Fantrax HQ has a visual that shows a downward trend in innings per game pitched and pitches thrown per game. In 2015, you had 5.81 innings pitcher per game, but 2020 saw that number drop down to 4.8. With this trend, it is safe to conclude that the league average of innings pitched will continue declining year over year.

With the visual above from FanTrax HQ illustrating the decline in innings pitched, you may wonder if the quality start stat is overrated. The answer to that question is that statistics help drive a strategy but don’t need to be the above all be all story. Teams can study many stats like strikeouts, walks, WHIP, wins, earned run average, losses, and more to measure how effective that pitcher is for their team.

Take the Tampa Bay Rays as an example of an organization changing the game for pitching. The Rays were one of the first team to introduce the opener strategy, which was odd since every other team had a starting pitcher start a game. Over the years, more groups began opting for a similar approach using an opener. Since the data suggests that winning at-bats early in the game can lead more wins, teams are using the opener often.

Conclusion on the Quality Start Metric

A quality start is one of several metrics that teams can use the evaluate how effective a pitcher is. For instance, there are great pitchers on bad teams who don’t earn enough wins. If an owner only looks at a Wins to Loss ratio, they may overlook that pitcher during free agency. However, there might be a team who use statistics to find hidden talent. Maybe a team looks at quality start as the most important metric, so they will favor that during the offseason.