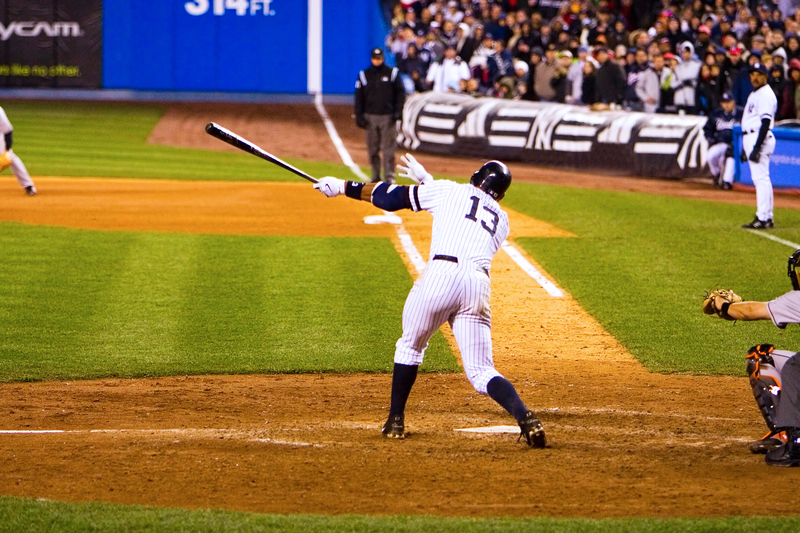 A golden sombrero is awarded to a baseball player who strikes out four times in a baseball game. Having a four-strikeout game does not mean you only had four plate appearances, however. There are cases where a player can strike out four times in a game and deliver a walk-off home run to win a game. Evan Longoria, back in 2009 for the Tampa Bay Rays, did just that. Brandon Moss of the Oakland Athletics was able to accomplish this via an extra-inning game that went 19 innings.

MLB players don’t wear a literal sombrero for striking out four times in a game, but that would make things interesting. The expression is just one of those silly things that baseball fans and players say during the game. It’s a funny expression because players from rookies to MVPs may at some point fall into this category by having a bad game.

Interesting Moments with the Golden Sombrero

In 2015, history took place with the first walk-off grand slam and golden sombrero game via Derek Norris with the San Diego Padres. Alex Rodriguez of the New York Yankees in 2016 made history by becoming the first player over the age of 40 to receive the Golden Sombrero. Finally, the player with the most four-strikeout games belongs to Ryan Howard of the Philadelphia Phillies with 27.

Major League Players with the Most Four-Strikeout Games

Below is a list of hitters as of March 24th, 2021, with the most strikeout games in baseball history. Some of these players on the list in the hall of fame like Reggie Jackson and Jim Thome.

Are There References for Other Strikeouts?

Baseball is a weird sport with many bizarre statements, obviously. A player can strike out three times, four times, five times, and even six teams during a single game with a reference. A hat track represents someone striking out three times during a baseball game, so since four is bigger than three, a sombrero is the reference since it is bigger than a hat.

Five Strikeout Performances that Stand Out

The Olympic Rings or Platinum Sombrero is a unique feat that only a handful of players can claim. Below is a list of some stand-out five strikeout performance games.

MLB Players With Six Strikeouts in a Game

What Player Has the Most Strikeouts in a Single Game?

Who Invented the Golden Sombrero?

The phrase, Golden Sombrero, came into existence in the1980’s from San Diego Padres’ first baseman, Carmelo Martinez. The phrase began circulating through the league and in 1984 appeared in print via a quote from Leon Durham. Today, the golden sombrero is a common expression that fans, announcers, and players use to describe someone at the plate.

Why are Strikeouts More Common In Baseball Today?

There are numerous factors in why players are striking out more in the game of baseball. For example, a combination of analytics, players, trying to hit home runs, and the heavy reliance on teams bringing in relief pitchers early in a game means players are striking out more. On top of that, baseball pitchers are consistently throwing harder today than fifty years ago, for example. Here is a good article going over if pitchers are throwing harder today or not.

Conclusion on the Golden Sombrero

In conclusion, striking out four or more times in a single game looks bad on any box score. However, big leaguers have rough days at the plate, and at times receive the golden sombrero. In fact, hall of fame players like Reggie Jackson has had their struggles at the plate, which is why the expression is light-hearted and fun to joke around. Finally, having a golden sombrero game does not mean you are wearing an actual hat. It’s just one of those funny things that makes baseball so great!