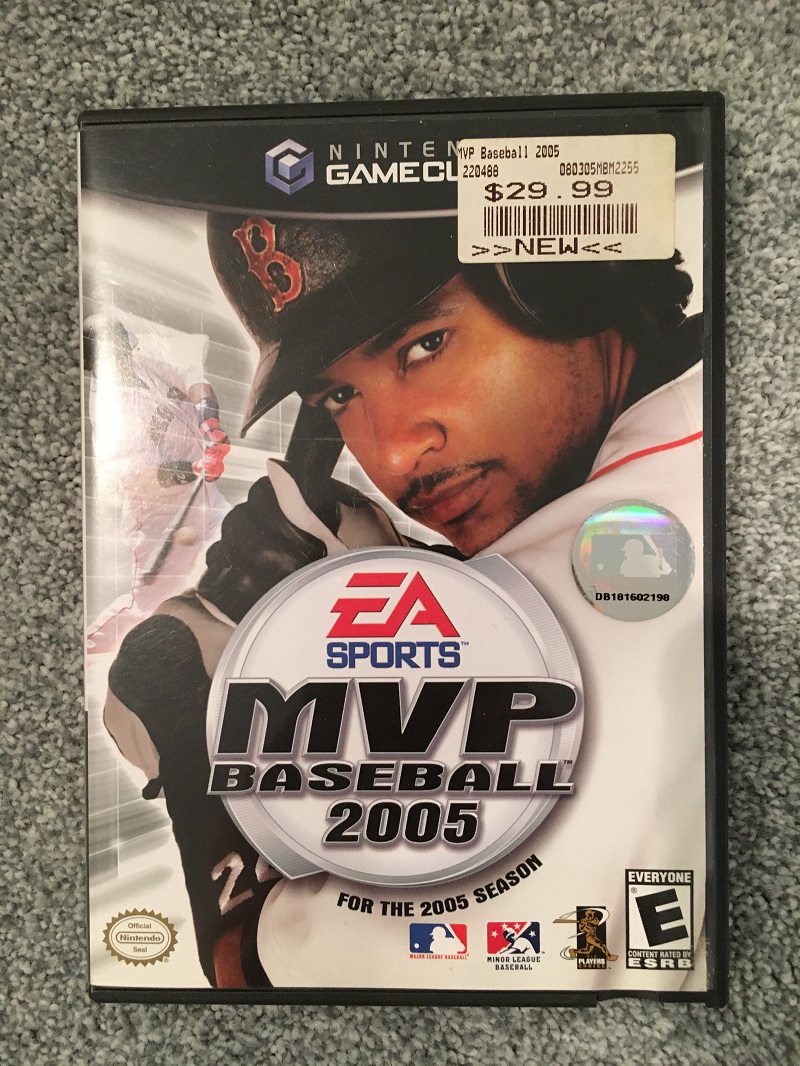 What Made MVP Baseball 2005 Great?

I had a Nintendo GameCube in 2005, so some games never came to Nintendo like that did with PlayStation or Xbox. Having MVP Baseball available for Nintendo GameCube allowed me to share the same experience as my friends with their other platforms. Nostalgia is a factor in why I rank MVP Baseball 2005 so high, but having the ability to have strategy discussions with my friends about different minor league players was truly special at school.

Video games began looking good in the mid-2000s for video game players. MVP Baseball brought a sense of realism to MLB player batting stances, fielding techniques, and stamina. You felt like you were playing in the big leagues with the amount of detail put into this game. Even moving a fielder from the outfield to the infield would have significant consequences in throwing accuracy, precisely like real baseball.

Easily my favorite part of MVP Baseball 2005 was the owner mode of a baseball team. It is no surprise that fifteen years later, I run my own business, TM Blast, and love the numbers behind everything. I was obsessed looking at stats of my Major League Baseball players, how much money I made via ticket sales and more. I spent hours upon hours each night before bed, scrolling through the stats and figuring out what contracts I could expand with my payroll.

Another exciting part of the game was playing at old ballparks. My friends and I would play at the Polo Grounds with the Boston Red Sox and Yankees and see what damage we could do. There were so many elements to unlock in the game like new stadiums, jerseys, and players that it made the game fun.

MVP Baseball 2005 did something that many games could not get right, and that was make pitching and batting fun. You had this wind-up wheel for pitching that you had to time correctly to throw an effective pitch. If you did not time this right, you could leave a breaking ball flat over the plate, which means trouble.

For batting, MVP Baseball 2005 brought in the hitter’s eye, which shows you what pitch is coming. Knowing what pitch is coming, *cough Astros cough*, made hitting so much fun. As a batter up in a crucial moment, I could time my batting and wait on certain pitches. For example, I would look for something on the outside plate with Derek Jeter, so my focus was on hitting the ball to right field. Knowing if a fastball or breaking ball was coming my way, I could square up many pitches to wait for my ideal pitch to hit.

Maybe it was me growing in Massachusetts, but 2003-2005 were the best baseball years of my life, and I was a Yankees fan when the Red Sox won the World Series. I still remember hearing Tessie from the Dropkick Murphys start up the game in the main menu, and remembering how great the soundtrack was. Almost all the songs I remember consistently hearing in between games and loving every second of it.

The Booing + Cheering of the Crowd

Growing up in Massachusetts, Yankees vs. Red Sox games were intense. MVP Baseball 2005 had an “overrated” chant that would happen when Alex Rodriguez would bat at Fenway Park from time to time. I felt like a micro-moment like that made the video game authentic to gamers and baseball fans. You felt like you were playing in real-life when there would be fights between the Yankees and Red Sox, player chants, and more. Even playing a game in late August against the Red Sox at the Old Yankee Stadium had greater importance than a match in April via the crowd, and the game captured that feeling.

Is MVP Baseball Still Around?

Unfortunately, after the 2005 addition from EA Sports, MVP Baseball lost the MLB License to make games. After 2005, individual video game companies began gobbling up exclusive rights to make sports games, so EA lost out on making MLB games. EA Sports was able to be the owner of the proprietary rights to the NFL with their Madden series, but in my opinion, I feel that the lack of competition made the football games not as exciting. The company did make a few NCAA games, but it was never the same as the MLB version.

I believe my first game experience with baseball was with Backyard Baseball. I remember playing that game on my brother’s computer all the time, which I think was a Gateway computer. Having Backyard Baseball was my first time playing with a baseball team that was similar to franchise mode. I still remember hitting home runs with Pablo Sanchez while striking out players with Kenny Kawaguchi.

Outside of the PC baseball game, I believe All-Star Baseball 2002 was my first real baseball simulator game. I was a huge Yankees fan in 2002, so playing as the New York Yankees and playing with real players and was satisfying. Derek Jeter was on the cover, so it made the entire experience great for Yankee baseball fans. While the game was insanely fun, I remember it being easy to dominate the competition. While the player names were accurate, their stats were utterly unrealistic.

While I have not played every baseball video game, I’ve played a few games. Here is the list ranking in order of my favorite to least favorite. As a note, I don’t have a Sony PlayStation 4, so I’ve been unable to play MLB the Show 20 outside of a handful of games.

Why I’m not too fond of RBI Baseball

RBI Baseball does not know what it wants to be, and it isn’t enjoyable to gamers. For example. RBI Baseball acts like an arcade-style game but then tries also to be a simulator. The gameplay is confusing because it keeps switching between both, and it feels like they don’t know what they are. For example, RBI Baseball has excellent looking graphics of baseball stadiums, but then player graphics looks horrendous. Having this jarring feeling that you are playing in a beautiful looking ballpark with stick figures is genuinely baffling, and is the worst baseball game.

MVP Baseball 2005 is one of those games you can keep coming back to over the years. The game is similar to games like Goldeneye on the Nintendo 64, Halo on the original Xbox, and pretty much any Mario game. While there won’t be a new baseball game coming from EA Sports anytime soon, MVP Baseball 2005 will continue to live on as the greatest baseball game.