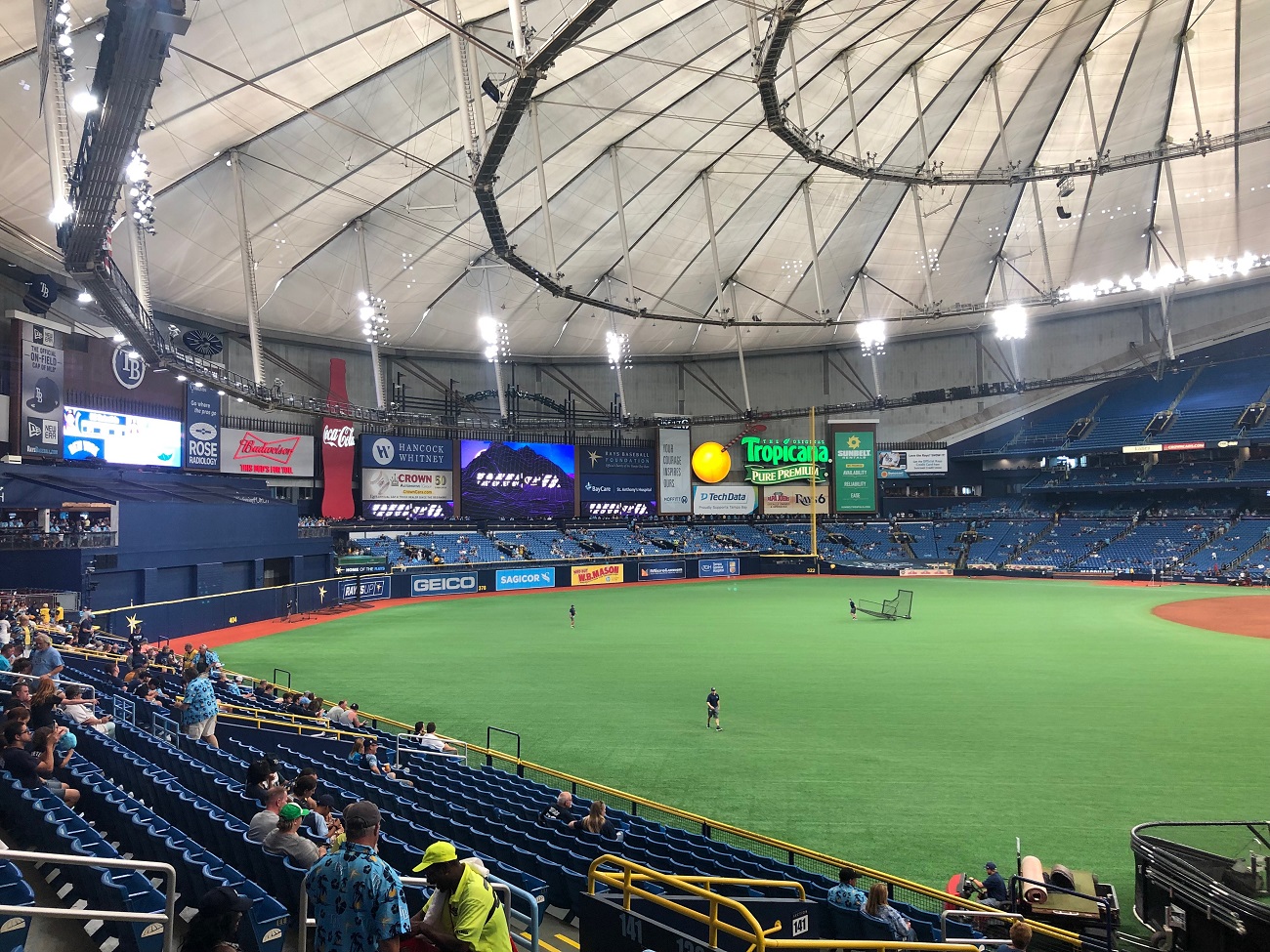 Will the Tampa Bay Rays move out of St. Petersburg? That was the question I had for Rays fans down at the Tampa Bay Rays Stadium two weeks ago. It’s not me trying to come across as annoying, but I wanted to hear from fans what they think of their future and their team. Here is the story of the Tampa Bay Rays relocation debate that I heard from others. Here is my review of Tropicana Field if you are curious if the stadium is the problem or not. In case you head to the stadium, you should check out the Tampa Bay Rays parking page for tips on how to save money/

The Poor Attendance Elephant in the Room

I wrote a blog post about why the attendance is low at Tropicana Field. The primary reason is the location, but there are secondary factors too. Regardless of what the issues are, Stuart Sternberg, owner of the Tampa Bay Rays, let his frustration be known recently. The Rays have the second worse attendance record in the game in 2019 with a team that is at the top of the American League East.

To hide the sight of empty seats, the Tampa Bay Rays removed the upper deck seats during games. The removal of these seating options give a better optical illusion for TV, but it’s weird at a game. I did not notice the empty seats behind the first base dugout, but I saw it in the outfield bleachers, which was strange.

Why Can’t the Rays Leave Now? 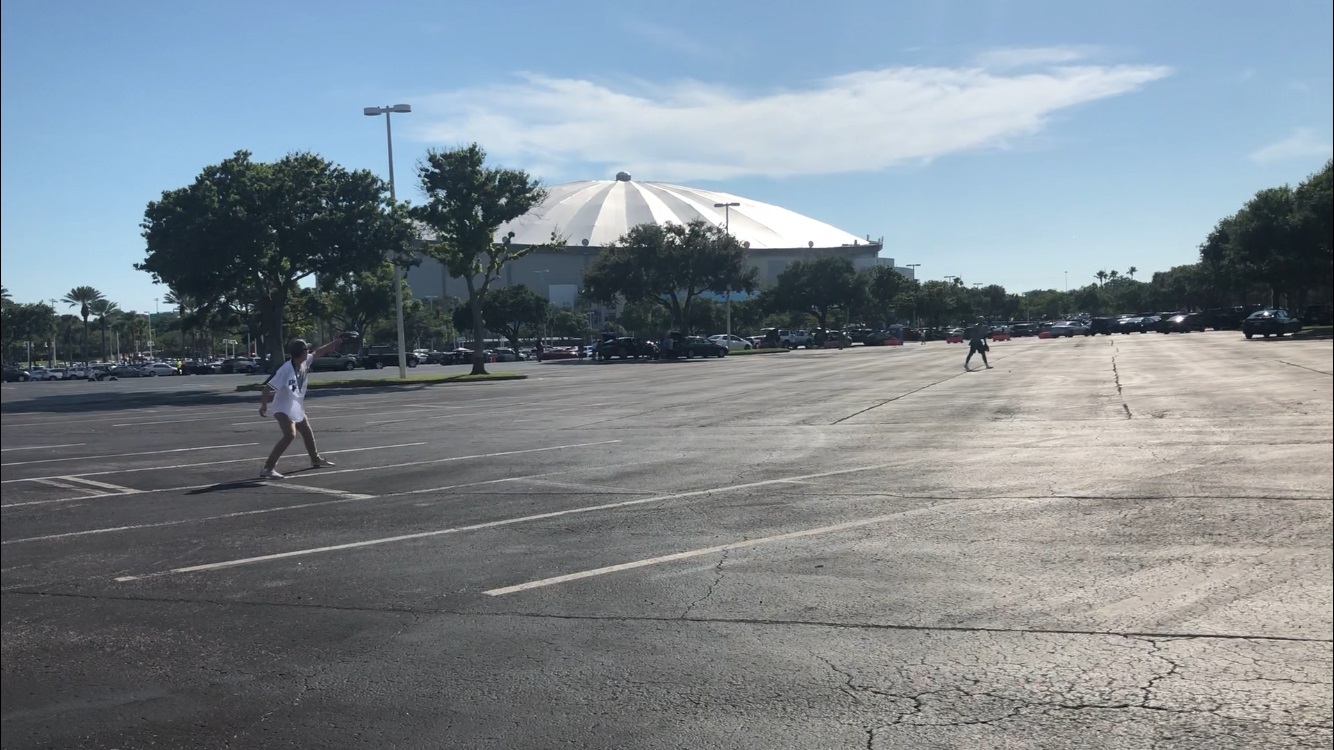 A 30-year contract was put in place in 1998 when the Devil Rays came into St. Petersburg. Here we are in 2019, and the situation won’t get better via attendance-wise. Lots of politics are at play here, but the Rays are stuck playing in St. Petersburg until the end of 2027. After 2027, the Rays have the flexibility to leave St. Petersburg or Florida in general.

There have been rumors over the years of the Rays staying in Florida. Ybor City was a recent discussion, but the plans fell apart recently. Then the Rays pitched the idea of another park on the water, but those ideas did not gain much traction. The City of St. Petersburg does not want to lose their 30-year contract, so they won’t allow the Rays to leave early.

Where will they Go?

Lots of open questions here, so I’ll try and explain. MLB has two primary options to consider in 2019. First, they (MLB) would like to move a team into Portland, Nashville, Montreal, or another city. An obvious solution would be to have the Rays move to one of these three locations, but here is where things become interesting.

2028 is far away when you consider it’s almost ten years in the future. MLB wants to move into Nashville or Portland as those cities have never had a baseball team, but by adding one city without relocating a team, you would make 31 teams which won’t happen. If MLB decides to award two towns with expansion teams, the Rays lose out on those two hot locations before 2028.

Should The Rays Stay in Florida?

Outside of Florida, I had my friends blame the problem of the Rays attendance being in Florida. Too many transplants, older adults, fans who don’t care, and more were common reasons why Florida sports don’t succeed. It’s not difficult to look at the Miami Marlins and wonder if the Rays would be a repeat with a new stadium and lousy attendance. Not to mention the recent series with the Marlins hosting the Rays which had an embarrassing amount of fans show up to watch.

The Rays have decent TV viewership as well, so people are tuning into the team. Tampa baseball ratings generally fall into the middle of the league each year, so their TV audience is more substantial than their home attendance. Not to mention that the Rays got a more lucrative TV deal in 2018, the Rays see the value in people watching their team.

Here is the Debate

The question becomes, will the Rays consider leaving Florida or not? On the one hand, you’ve had terrible years of fan attendance that leaves a sour taste for the organization. Nothing was more embarrassing when Tommy Pham called out the fans for not showing up to games in 2018. It’s hard for the Rays to attract talent because who wants to play in front of an empty stadium often?

On the other hand, Tampa Bay Rays have been in the area since 1998. The community knows the team; they draw decent TV ratings, and getting to Tampa can draw bigger crowds. Seeing the Tampa Bay Lightning have the sixth largest attendance this year tells you that fans will come out, but it has to be in a better location.

2028 is both far away and not so far at the same time. The clock is ticking for the Rays, Florida, and MLB to figure out the next move. If too much time goes by, you can imagine the Rays moving to a different state altogether. If the Rays can sense the community wants them, they will have to gain the support from the city and the town to finance the new stadium. There is no crystal ball here to protect what will happen, but the question of will the Tampa Bay Rays move out of St. Petersburg continues to be a trending topic in baseball.