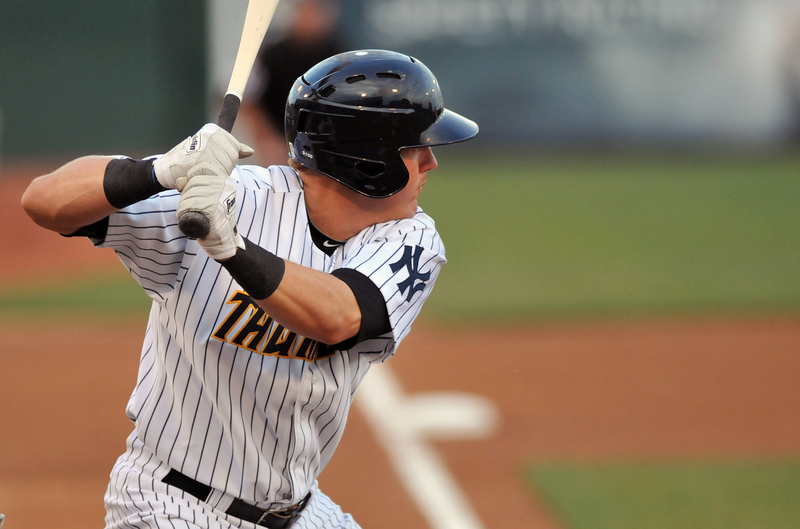 Professional baseball makes a lot of money. The average Major League Baseball team is worth $17.8 billion, and the MLB made over $10 billion in 2018 alone. With this kind of revenue, you’d think that players throughout all levels of professional baseball get paid fairly well. Unfortunately, you’d be wrong.

While those in the big leagues rake in millions every year, the same is not true for their minor league counterparts. Players in the minor league have salaries so low they’re actually working under the federal poverty line. But how much do they get paid, and how did this happen?

How Much Money Do Minor League Baseball Players Make per Year?

The first thing worth understanding when it comes to discussing minor league salaries is that it’s somewhat of a payscale. However much money you make depends on the level of baseball you play. The more advanced ball you play, the better your pay–though that’s still not much. While some players do get signing bonuses, these are not always as lucrative as those in the Major League.

First year rookies and Class A baseball players make the least out of any baseball league. On average, they make $6,000 per season. And if it’s a “short season”, they earn even less. Per week, they make anywhere between $300-400 dollars.

Double-A is the median level and pays slightly higher. These players are young and high level athletes whose prospects for the Majors look promising. Players in this class can earn an average of $9,350 per season. This translates out to about $500-600 per week.

Finally, Triple-A players can earn up to an average of $15,000 a season. In AAA, they can make as much as $700 per week and have the highest chances of anyone in the Minor Leagues to make it to the MLB.

With such low salaries, you might think that there might be some job benefits that balance things out. In reality, minor league players have next to nothing regarding perks and compensation. The Minor League does not provide their players with any housing or living assistance at all. When teams are on the road, players get $25 per diem for meals. This is four times less than the average per diem for their MLB counterparts. Minor leaguers also have to spend their own money on equipment and contributing to clubhouse dues.

As part of their contracts, minor league baseball players are also not eligible for pay during spring training. Starting on opening day, they are only paid for the 76-game regular season from mid-June to early December. So rather than making money for doing their work, players spend 12 or more hours a day in pre-season training on their own dime.

The lack of monetary support and benefits takes a real toll on minor league players. Many of them have to double up on housing, or find other creative ways of living. Players need to work other jobs in the off-season as a result, when they should be focusing on training and keeping in shape. There is little to no support net for minor leaguers trying to break into the Majors.

Why are Minor League Baseball Players’ Salaries so Low? 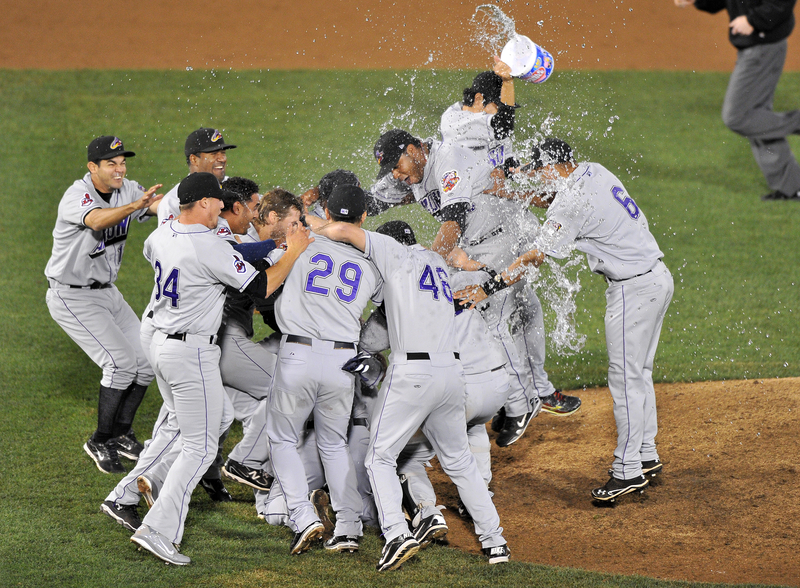 Several factors have contributed to why athletes in the Minor Leagues get paid so little. The majority stem from the control the MLB as an organization has over the Majors and the Minors. But it also comes from long-standing legal protections they have under US law.

Since 1922, the MLB has had unique exemptions under the law that allow them to do things other large, predatory corporations wouldn’t get away with. For nearly a century now, the MLB has been under an antitrust exemption. This keeps them shielded from allegations of monopolistic business practices. So, they can get away with things such as colluding to suppress Minor League wages.

Other laws have come into effect that have benefitted the organization as well. In 2018, the Save America’s Pastime Act went into law that gave more cushion financially to the MLB. Lobbied for by both the Major and Minor Leagues, the act effectively strips minor league players of their federal minimum wage protections by modifying the Fair Labor Standards Act. And because these players don’t have a union, there’s little they could do to stop the law from coming into effect.

Even though this level of control gives them ultimate control of players’ wages, the MLB–to its credit–has committed to some improvements in pay. Starting in the 2021 season, the Major League is raising the minimum salary for Minor League athletes. These raises range between 38-72% and represent, at least in part, a shift in recognizing the dismal pay minor leaguers receive.

There is some context to this move to consider, however. This salary change comes as the MLB has made moves to replace the now expired Professional Baseball Agreement, while in negotiations with the National Association of Professional Baseball. In these negotiations, the MLB has proposed cutting 25% of the 160 required affiliated Minor League teams.

Who is the Highest Paid Minor League Baseball Player?

While player salaries are, for the most part, severely low in the Minor Leagues, not all of them are. There are a number of conflicting reports on who has the highest salary in the minor leagues, but one name is worth mentioning: Rusney Castillo. Until the end of the 2020 season, Castillo was one of the highest paid Minor League players. How he netted such a high salary and what it did to his career are worth discussing when it comes to the state of minor league pay today and the overall treatment of players.

In August 2014, the Boston Red Sox signed Castillo–a Cuban defector–to a seven-year, $72.5 million contract. At the time, he was going to be the Sox’s “centerfielder of the future,” according to Sports Illustrated. Such a huge free-agent agreement was the largest league contract ever given to an international player from Cuba. Castillo made his debut that year with the Red Sox, hitting .333 with a .928 OPS, two home runs, and three stolen bases in 10 games.

However, Castillo’s success was only for a brief time. The following season, he did not secure his place in the Sox outfield. Players like Jackie Bradley Jr., Mookie Betts, and Andrew Benintendi took the spotlight away from Castillo. With the outfield now complete with those three players, Castillo went back to the Pawtucket Red Sox.

Part of forcing Castillo down to Pawtucket was to keep his high salary from affecting Boston’s salary cap. Taken off their 40-man roster, Castillo’s $10 per year helped the team stay under the cap and help them avoid paying the luxury tax.

At the end of 2016, Castillo was doomed to the Minor League until his contract expired. Under a new agreement between the players’ association and the MLB, once a player is added to the 40-man roster of a Major League team, their salary counts for luxury tax purposes–even if they’re taken off. To avoid the tax, Boston permanently removed Castillo from their roster.

So, until the end of the 2020 season, Castillo was consigned to play out the rest of his contract in the minor leagues. And because of the high price-point the Sox had contracted him at, it hurt his chances for consideration by other Major League teams once he became a free agent. After his last season with Pawtucket, Castillo went on to play in Nippon Professional Baseball in Japan.

What is the Average Salary in the MLB? 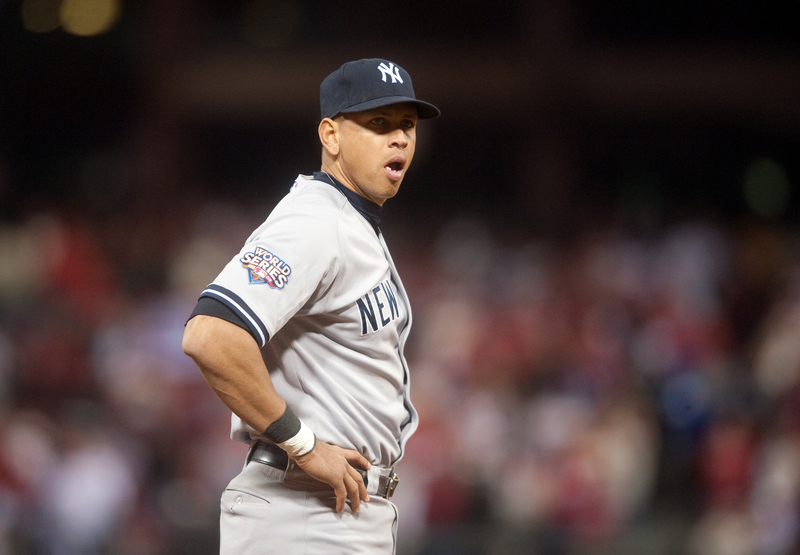 The price of Castillo’s contract was one of the more expensive ones in baseball. He certainly had among the highest in the Minor League, and he would have been in an elite group of players in the Majors. Over the last 45 years, major league baseball players’ salaries have increased over 2500%, while minor league salaries have gone up less than 70 percent, according to ESPN.

MLB salaries are almost dramatically high, with even the player making the least taking home large paychecks. The league minimum salary for an MLB player is over $550,000. And, as it stands currently, the mean reported salary is up around $4.38 million.

If you look at the median salary, you’ll find it’s somewhere around $1.5 million per year. This is likely a more accurate picture of how much the average MLB player makes in salary. When you look at the mean average, you have to remember that contracts vary based on the player. At least 40 of the total 750 players in the MLB make above $20 million per year; another 125 players pull in over $10 million annually.

Consider how pay changes upon playing position when looking at the average MLB salary as well. Among the best paid players are pitchers, whose average annual salary is around $5.2 million. Then there are the designated hitters, who only play in the American League. These sluggers have the highest reported incomes of any MLB players, banking an average annual paycheck of $13.4 million.

There is a great level of disparity in pay between the Major and Minor Leagues. Where minor leaguers fight for scraps, Major League players rack in millions. Some argue that this is fair, being based on merit and skill. They’re working the farm system, after all–not the big stadiums. Yet there is a valid argument about providing Minor League players with a fair wage and benefits so they can maximize their potential. Whatever the case, all deserve the right to play with dignity and safety.