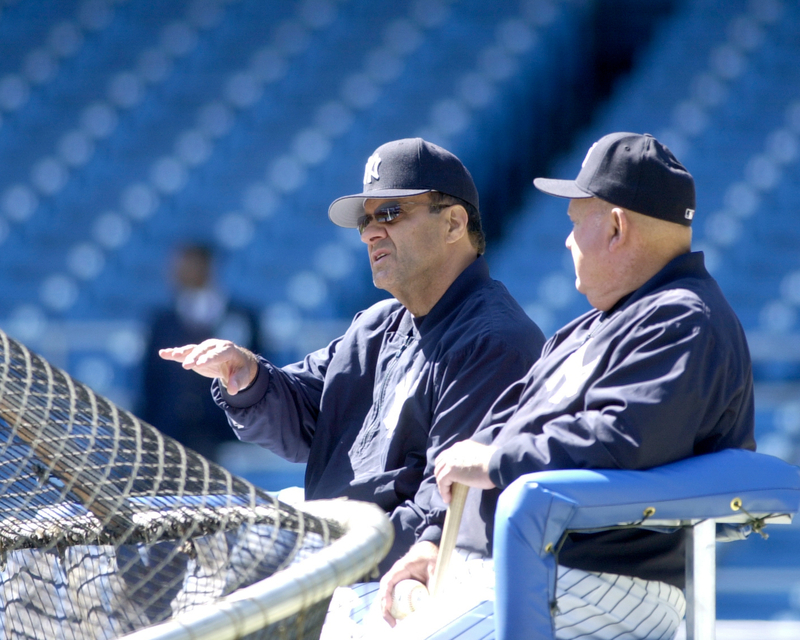 The Manager in MLB oversees their coaching staff during a game. In addition to supervising the coaching staff like the hitting coach and pitching coach, managers help set the team’s tone during the game. For every good Manager, you have someone who directly helps them with their day-to-day activities, which is the bench coach. Learn what a bench coach does during a Major League Baseball game now.

What are the Responsibilities of a Bench Coach?

The bench coach of a Minor League and Major League club acts as the Manager’s right-hand man for decisions. For example, a manager may be thinking of making a move during the game, so they first consult with the bench coach. Instead of addressing the entire team in the dugout or clubhouse about getting a hitter out, the manager and bench coach will engage in a dialogue about a particular strategy.

A bench coach also sets up practice situations and stretching routines for MLB players before games. Usually, you will see the bench coach out with the players on the field during these assignments. Also, a bench coach helps coordinate spring training programs and routines early in the year.

When Does a Bench Coach Take Over the Manager’s Responsibilities?

The most common reason why a bench coach takes over managerial responsibilities is if the Manager gets ejected from the game. An ejection can occur if the Manager argues balls and strikes with an umpire or defends their player who gets into an umpire altercation. A Manager might only miss that game, or even a few games, which means that the bench coach immediately takes over those managerial responsibilities.

A bench coach will take over the managerial responsible if the head coach can’t make the game. While rare, a manager might not be able to attend a game for personal reasons, like attending a funeral, being sick, or going to their kid’s graduation. Even rarer than the occasional sick day, a coach who quits during the season will have the bench coach take over Manager’s responsibilities.

Who Was the First Bench Coach in MLB History?

The first bench coach in baseball was George Huff of the Illinois Fighting Illini Baseball in 1905.

How Much Does a Bench Coach Make?

To put the salary difference in perspective, managers on MLB teams make significantly more than their coaching staff. Below are some of the highest-paid managers to manage games in baseball history.

Why are Bench Coaches Important?

Don Zimmer as a Bench Coach

Don Zimmer, like many bench coaches, was a professional baseball player first. He played on the Brooklyn Dodgers, Chicago Cubs, New York Mets, Cincinnati Reds, Los Angeles Dodgers, Washington Senators, and Toei Flyers from 1954 – 1966. His professional career as a hitter might not have been impressive with a .235 average, but his time as a coach is what sets him apart.

Don Zimmer might be the most famous bench coach in recent memory if you are a New York Yankees fan. Don Zimmer joined the Yankees as a bench coach in 1996 and helped the team win four World Series titles. While Joe Torre (Manager) was away while recovering from prostate cancer in 1999, Zimmer managed the Yankees to a 21-15 record during that time.

Don Zimmer left the New York Yankees after 2003 and went to the Tampa Bay Rays. From 2004 – 2014. During that time, Zimmer acted more as a team’s assistant and helped the younger players adjust to professional baseball. After Don Zimmer passed away in 2014, the Tampa Bay Rays retired his number 66 to recognize the positive impact he made on the team.

Conclusion on the MLB Bench Coach

The bench coach for Minor League and Major League teams acts as the right-hand man to the Manager. Outside of a bench coach’s day-to-day responsibilities, they are the second most crucial team coach. If anything happens to a manager during a game or season, they need to take over the managerial role, which Don Zimmer did for a bit in 1999.

What is a Squeeze Play?