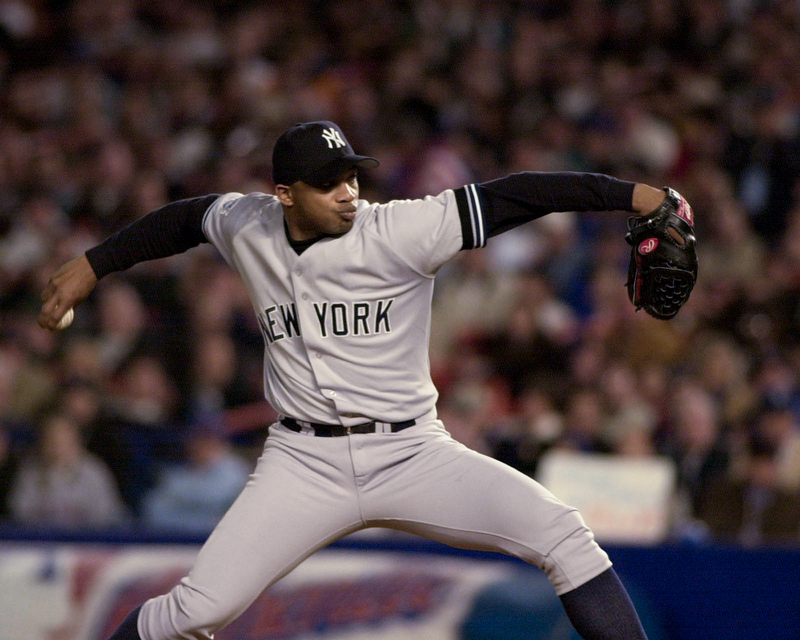 Recently in a game in 2021, Zack Greinke threw an Eephus pitch during a baseball game, which made news on TV and social media. Greinke threw the pitch just over 50 MPH, which was shocking to many people. Maybe even more surprising is that there is a name to this technique, and it is the Eephus pitch. Learn more about this pitch, who created it, and more below!

What is an Eephus Pitch in Baseball?

An Eephus pitch is a slow pitch ball from a pitcher to the batter. The idea behind the low-speed pitch is to catch a hitter off guard when at the plate. According to The Atlas, 2016 saw an average fastball speed in the MLB hover around 91 MPH, and an Eephus can be as slow as 50 MPH.

You may hear fans or announcers describe the slow-motion pitch in a slang term during a baseball game. Some expressions to describe the pitch include folly floater, slowball, overhand softball pitch, balloon ball, blooper ball, rainbow pitch, spaceball, and LaLob. Since the pitch trajectory is high to low to the hitter, you might hear others describe the pitch as slow-pitch softball.

Why is it Called an Eephus Pitch / Who Invented It?

Rip Sewell, a pitcher on the Pittsburgh Pirates, came up with the Eephus pitch in the ’40s. The name originates from the Hebrew word “efes,” which means nothing. Since the pitch is seen as a junk pitch since there is nothing special on it, the Hebrew phrase perfectly describes the nothing pitch.

Rip Sewell had a long career as a pitcher with over 300 Major League games using that pitch. He only gave up on homerun on the Eephus pitch to Ted Williams of the Boston Red Sox during the 1946 All-Star Game. Since it was an All-Star game match and it did not matter who won, Rip threw the ball twice to Williams to challenge in a friendly way.

Is the MLB Eephus Pitch Legal?

The Eephus pitch is legal in Major League Baseball to throw. As long as the pitcher does not deceive the batter by slowing down in their pitching rotation, there is no issue. Since there is no minimum speed that a pitcher needs to pitch, a pitcher can mix this pitch in their arsenal.

What is the Slowest MPH Pitch in MLB History?

The slowest pitch in baseball history belongs to Clayton Kershaw of the Los Angeles Dodgers. Clayton Kershaw threw a 46 MPH Eephus pitch back in 2016 against the Atlanta Braves. By the looks of Clayton’s delivery, he was not trying to throw an Eephus pitch, so that the ball may have left his hand a bit early.

According to James LeDoux, the average MPH Eephus pitch hovers around the mid-’60s.

Why is the Eephus Pitch Effective?

The Eephus pitch can be effective because it can throw off a hitters timing. For example, a hitter might see a 90 MPH fastball routinely from pitchers, so getting a pitch 30-40 MPH slower can throw them off completely. The timing can impact their next swing if they become unsure if they will see another slow pitch again.

Why is the Eephus Pitch Not Effective?

Has Anyone Thrown the Eephus Pitch in the World Series?

How is the Eephus Pitch Different from a Changeup?

How Many Fingers Does an Eephus Pitch Have?

The grip on an Eephus pitch is different from most pitch types in the game. To throw an effective Eephus pitch, you grip the ball with four fingers and a thumb, but keep your index and pinky fingers on the seams. You can also cross your middle and ring fingers across the ball if you can do that.

The Eephus pitch has been around the game of baseball for decades. From the early concept in the ’40s by Rip Sewell, pitchers continue to use this pitch today. While some players like Greinke can get away with this pitch, others like Orlando Hernandez are best known for the moonshot home run they gave up to Alex Rodriguez when they threw that pitch.