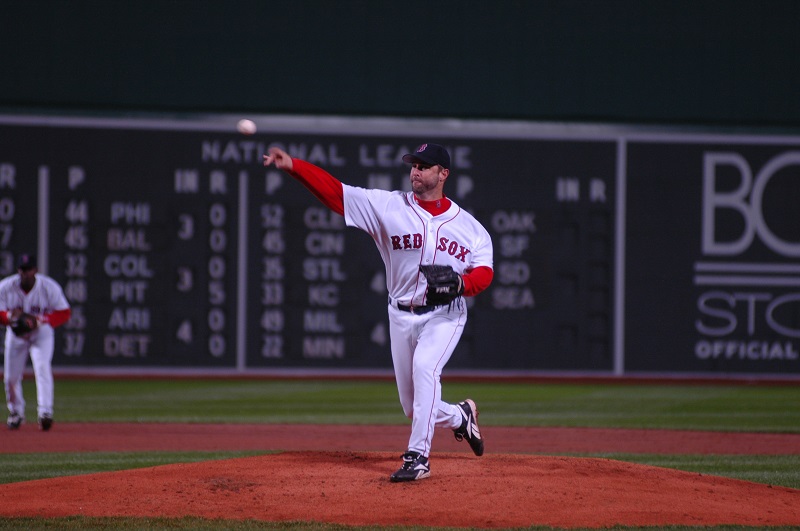 Baseball pitchers in Major League Baseball love seeing how fast they throw a pitch. According to The Atlas, the average fastball speed is now over 90 MPH in the game today. While the trend of throwing baseballs harder and faster is common, there is a pitch that is slow and extremely difficult to hit, along with catching for catchers. The tricky pitch is the knuckleball, and it is rare in the game today to see the pitch. Learn more about this baseball pitch below.

What is a Knuckleball Pitch?

A knuckler is a baseball pitch thrown to reduce the spin of a ball traveling to the home plate. The little spin that takes place on the ball creates erratic and unpredictable motion. The airflow over the baseball seams creates a strange movement since there is no spin, making the ball essentially dance or flutter in the air towards the home plate.

What is the Average Speed of a Knuckleball Pitch?

How to Throw a Knuckleball Pitch?

The knuckleball grip has a few different variations to it, which makes the pitch unique. Some knuckleball pitchers like to hold the ball with their knuckles as they throw, while others use their fingertips. Another way to throw the knuckler is to use your middle finger to guide the ball and use your thumb to stabilize the pitch.

Is Throwing a Knuckleball Bad for Your Arm?

Why is the Knuckleball So Hard to Hit?

The knuckleball pitch is difficult for hitters to hit due to the zigzag behavior that the ball makes when traveling to home plate. Since the pitch has little to no spin, the airflow around the ball moves the ball in all sorts of directions. Unlike other pitchers where the sequence has a pattern, like a traditional curveball, a knuckleball can dramatically drop at the last second or even stay nearly flat and land in the middle of the strike zone.

What is the Knuckleball Hard to Catch?

Like how it is difficult for batters and catchers to follow knuckleball pitches, umpires also have a hard time. Sometimes a knuckleball will land directly in the strike zone, but the zigzag behavior might confuse the umpire, and they might make the wrong call. Like how some calls might not go for strikes, some balls might go as strikes due to the strange movement.

Will Learning the Knuckleball Pitch Rejuvenate Your Career?

Big leaguers are always looking for ways to stay relevant in the game. Sometimes, a pitcher in minor league baseball will work on the knuckleball pitch to get into the majors, while some players will pick them up later in their careers.

R.A. Dickey transitioned to a knuckleball grip a few years into their MLB career. From 2001 – 2006, R.A Dickey would consistently yield a 1.6 WHIP, which was alright. After experimenting with the knuckleball grip, he reduced that WHIP to around 1.2 from 2010 – 2017. The addition of the knuckleball to this arsenal was able to rejuvenate and prolonged his career in the big leagues.

Who Were Some of the Best Knuckleballers in the MLB?

As of 2021, four primary knuckleball pitchers are in the Baseball Hall of Fame today. The four pitchers in the hall of fame include Phil Niekro, Ted Lyons, Jesse Haines, and Hoyt Wilhelm. All four of these pitchers had a baseball WHIP below 1.35, which shows how effective they were at reducing hits and limiting walks per inning.

Are There Any Knuckleballers in the MLB in 2021?

The one current player throwing a knuckleball as their primary pitch in 2021 is Minor Leaguer, Steven Wright. Steven Writer is a pitcher in the Pittsburgh Pirates minor league roster. However, Danny Mendick of the Chicago White Sox, an infielder, did throw a few knucklers this year via their 1st career pitching appearance during a blowout game.

Why Are There Not More Knuckleball Pitchers in Baseball?

There are two primary reasons why a knuckleball pitcher is uncommon in baseball today. The first reason is that throwing a knuckleball is challenging to master and control. While the benefit of learning the pitch can prolong your career and be effective, throwing the pitch itself is more complex, especially making it effective to MLB hitters.

The second reason why you don’t see many knuckleball pitchers is that scouts are looking for hard throwers in today’s game. Just like that link at the top of the article from The Atlas, the average MLB fastball continues to increase year over year. Teams look for pitchers to throw harder, so teams shift their focus on pitch type and more about pitch speed.

Pitchers throw knuckleballs when it becomes a compelling pitch for them to get batters out. Since the pitch is slow and the strain on the arm is not bad, some pitchers have made a career out of the tricky throw. While the pitch has many advantages, there are also disadvantages of the pitch.

For example, pitchers will throw more wild pitches since the ball travels in a random pattern to the home plate. Another disadvantage is if the pitcher can’t throw the pitch perfectly, the pitch will not move as much. If the ball coming to the home plate doesn’t move than hitters will easily hit it. Finally, throwing a knuckleball comes down to the feel of the pitch. If the pitching can’t get the feeling right during a game, they won’t have an effective outing.