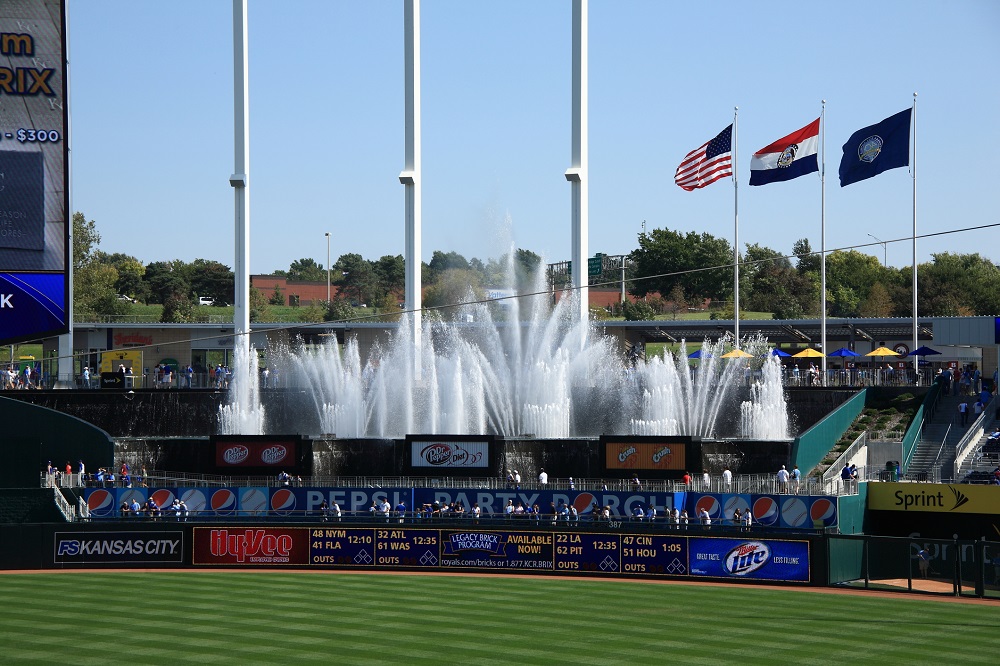 Each season, millions of fans visit the thirty MLB ballparks in the United States and Canada. Each ballpark has its quirks, charms, and appeals to bring fans to their venue. From the home run apple at Citi Field, swimming pool at Chase Field, and Rays tank out in Tropicana Field, you will find something different in every place. There is one baseball stadium that has a waterfall display out in the outfield, however. In this post, I’ll go over what MLB ballpark has the waterfall display and why they use it.

What Baseball Stadium Has a Waterfall? 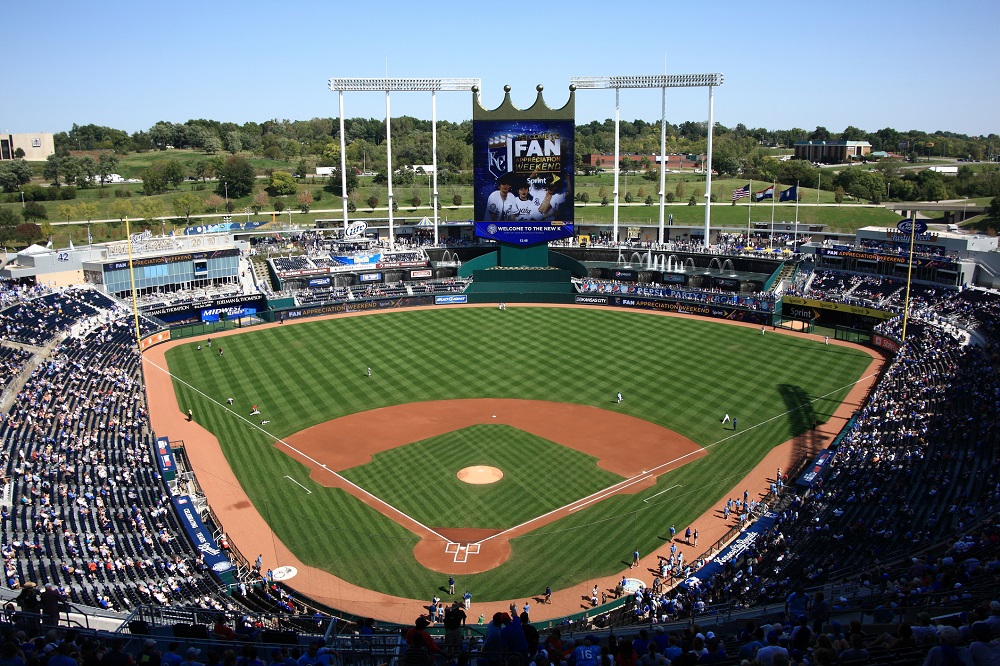 Is Kauffman Stadium in Kansas or Missouri?

Many people assume that the Royals ballpark is in Kansas, but its actually in Missouri. The Truman Sports Complex is home to the Kansas City Chiefs, who play at Arrowhead Stadium, and Royals Stadium.

Why is it Named Kauffman Stadium?

The Royals Stadium (The K) is named for Ewing Kauffman, who was the team’s first owner. Interestingly enough, the Royals ballpark is the only American League venue to have its name after someone’s name. In addition to that, Royals Ballpark is one of ten sites in the MLB that does not have a corporate sponsor for a title. Finally, Kauffman Stadium is most like Dodger Stadium (home of the Los Angeles Dodgers) with the cookie-cutter design.

Why does Kauffman Stadium use Waterfalls out in the Distance? 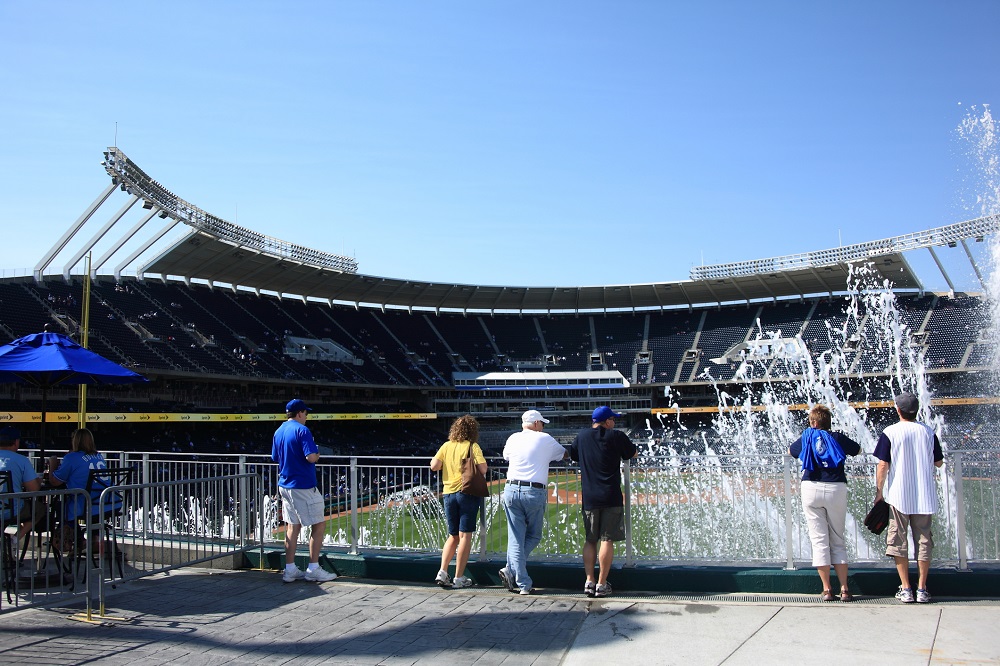 Many people would never suspect the city of Kansas City to have waterfalls, but it does! Kansas City is known as the city of fountains, so the Major League Baseball Stadium plays homage to their area. At the start of 2009, the ballpark expanded the waterfall area for more fans to enjoy during a Royals game.

Can Fans Swim in the Water?

Major renovations took place a the Sports Complex for the Royals and Kansas City Chiefs starting in 2007. The main area that had an upgrade was the new addition of fountain view terraces. Now during a baseball game, fans can sit or stand out in the outfield next to the water fountains, which was not the case before 2009. This waterfall area is the most famous part of the ballpark due to the water creating a comfortable mist to keep fans fresh during summer games. Along with the fountain seats, Royals fans flock to the Kauffman Stadium Miller Lite Fountain Bar for drinks while watching baseball.

In addition to the fountain seats, Royals Stadium saw plenty of other upgrades to the facility. A new outfield concourse connected the stadium completely, a right-field sports-bar was built, left field hall of fame established, and a kids area was new behind center field. In addition to those upgrades, the bullpen had reconfiguration, new dugout seats were built, a new surface was made for the warning track, and new food vendors came into the arena to serve Royals fans.

The Water Spectacular measures at 322 feet wide, and has many settings. For example, you will find different spray patterns take place before the baseball game and in-between innings. During a night game, you will see pool lights illuminate the fountains with a series of different colors.

One Known Leak on a Friday Night Baseball Game

Back in 2018, there was a leak that took place from the fountains during a baseball game against the Cleveland Indians. The leak caused a thirty-minute delay during the baseball game. The grounds crew spent the time cleaning up the spill in the warning track with new dirt and sandbags against the wall to stop the leak. Of course, fans took to social media to document the issue along with plenty of memes about the water.

Interesting Facts About the Venue

The Royals ballpark first game was in 1973 and is the sixth oldest baseball stadium left in the game. During its time, the venue has been the host to two All-Star games, along with four playoff World Series matches. Royals Fans will never forget winning the 2015 World Series after waiting 30 years from their last championship. The 2015 World Series game was against the New York Mets baseball team.

Kauffman Stadium’s water fountains are the best feature in any baseball ballpark. The new upgrades that took place in 2009 are even more fan-friendly, and the openness to the outfield is the top destination for everyone visiting the venue. If you are looking to visit the site, you should check out the Kauffman Stadium parking tips.