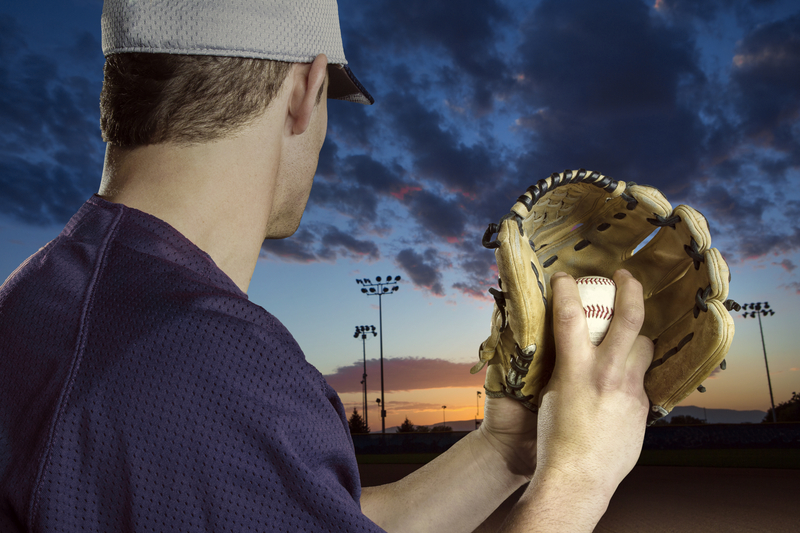 PEDs. Corking your baseball bat. The trick pitch. Of all the types of cheating in baseball, there may be none more legendary than the spitball.

The spitball concept is simple: adding a foreign substance (like mud, vaseline/petroleum jelly, and, of course, saliva) to the ball changes wind resistance and weight balance. As a result, the “spitter,”, can throw hitters for a loop. It doesn’t behave like normal pitches, not even the knuckleball or screwball pitch.

Like the emery ball, which means cutting the ball, the spitter is one of the most notorious pitches of all time. Some people—including many umpires—believe it’s a disgrace to the sport of baseball. Others, like Ed Walsh or Gaylord Perry, have made the spitball famous. But what is this controversial pitch, how does it work, and why does it have such a controversial reputation?

Why is the Spitball Illegal in Baseball?

The art of the baseball pitch was different in the early days. A pitcher’s fingers often had more to do with their success than their arms. The art of pitching was based on deception or using tricks rather than outright power. Throwing a vaseline ball or a ball with a product like a vaseline might deceive hitters. Unlike a fastball, which is generally a straightforward pitch, a spitter could behave unpredictably, and the spitballers of Major League Baseball knew it.

Back around 1920, MLB first curtailed the use of spitters by letting each team designate two of their pitchers who were allowed to use the spitball. But over time, the mere act of “doctoring” the baseball in any way became synonymous with cheating. By adding a foreign substance to the ball, pitchers were gaining an unfair advantage. How could major league hitters hit home runs if they were fighting against foreign substances? Owners, looking to increase the offense across the league, wanted to even things up for hitters.

A controversial event took place when Ray Chapman was struck by a spitball thrown by Carl Mays in 1920, causing the untimely death of Chapman. This spitball may have contributed to the poor reputation of the spitball even back then.

How Do You Throw a Spitball in Baseball?

Bob Shaw, the man who taught Gaylord Perry the spitball pitch, advocated all sorts of methods for getting around the rules:

Gaylord Perry, pitcher for the Cleveland Indians, San Francisco Giants, New York Yankees, and several other teams across a multi-decade career, found ways around the rules. If officials looked at his hair to find evidence of the jelly he was using, it might be in the V of his neck instead. By the time the ball was out of his hands, it would be hard to find evidence that a spitball had ever taken place.

Who Was One of the First Pitchers to Throw the Spitball?

Although putting foreign substances on balls may have been going on since the 19th century, the rules back then could even be tight. As far back as the 1890s, there were rules to keep baseballs free from foreign influences like jelly.

The first pitcher credited with throwing spitters was Elmer Stricklett, a pitcher for the Chicago White Sox and Brooklyn Superbas. Rather than the innovator who first made it up, Stricklett was famous for introducing an amateur concept into the major leagues. It was partly due to this influence that the spitball became more common in the early portion of the 20th century. Some pitchers even made an art form out of the spitball, becoming reliant on spitters for their style. Here are some of the most famous spitball pitchers below.

How Effective was the Pitch?

There’s no telling what percentage of throws back then were spitballs. But some numbers highlight just how popular spitballs were becoming:

By 1955, the spitball had long been illegal but still had its proponents. MLB commissioner Ford Frick said in the 50s that he would have legalized the spitter if he had his way, calling it a safe and easy throw to make.

Who Threw the Last Legal Spitball?

Eventually, the spitball became entirely illegal. Burleigh Grimes of the Pittsburgh Pirates was the last pitcher to legally use the spitball in the majors, all the way back in the 1930s.

But that hasn’t prevented some pitchers from trying to use it anyway. The aforementioned Gaylord Perry made an art form out of illegally using the spitball without getting caught. However, this tradition far outdated Gaylord Perry, as even when the spitter was illegal, no spitball pitcher wanted to telegraph which pitch they were about to throw.

The spitball has a long and strange history throughout MLB. Having first been legal, semilegal, and outright banned—which is how it remains to this day. Anytime fans say we don’t change the game, you can remind them of the spitball.