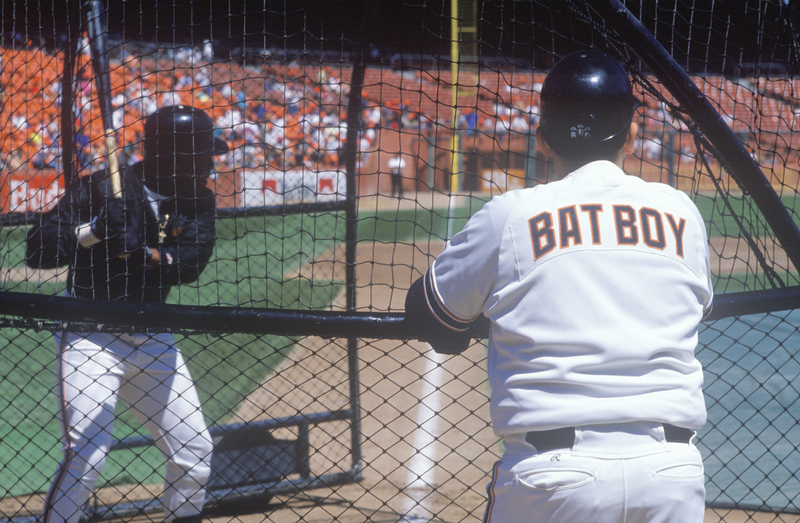 There are many jobs in Major League Baseball that are necessary to keep the organization running smoothly. From ticket booth operators to food stand employees, these jobs are vital to making the game run well. Among these jobs are those of the batboy and ball boy.

While a bat boy and ball boy are fairly simple in theory, they are actually complex jobs that involve a decent amount of work. Not only are they part of the action, but they are also integral to the operations of a stadium during a home game. Lifting the curtain on these roles, you can see just how valuable they are to America’s Pastime. Here is how much bat boys make and more!

How Much Does a Bat Boy and Ball Boy Make? 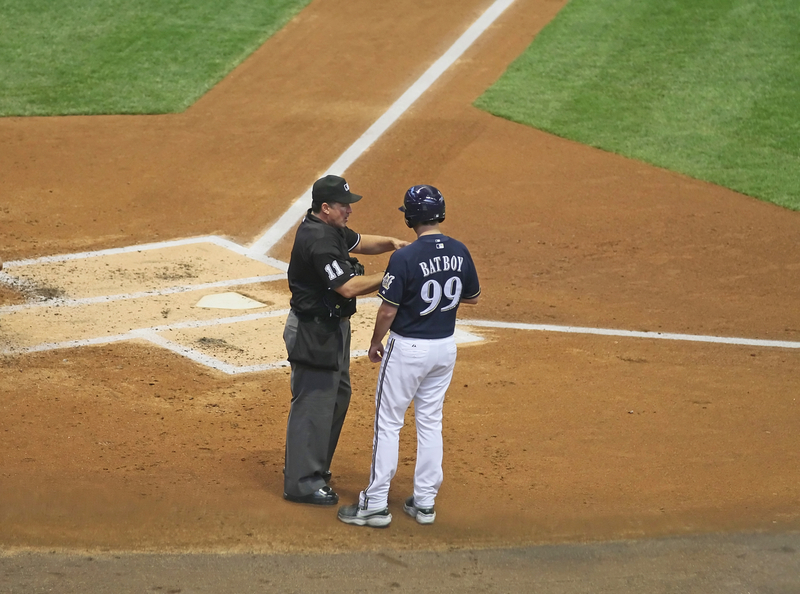 The salary for bat boys and ball boys is rather meager. They are, essentially, part-time employees. Because they don’t travel, they only work during home games. That equals about 81 games a year–more if the team makes it into the postseason. The position is, therefore, not all that lucrative for most folks.

Currently, the rate of pay for bat boys and ball girls falls within $9-10 per hour. Because they typically work 8-9 hour days during each home game, the math adds up to an annual salary somewhere between $19,000 and $20,000 per season. Of course, this salary is balanced with the incredible experience bat boys, and ball boys get to be on the field with the players and enjoy the game from a whole new perspective. The perks of the job are certainly unlike many others.

What are the Duties of a Bat Boy?

They are in charge of setting up the dugout. They place things, including towels, water, seeds, and gum for players to utilize. After the dugout is done, they move on next to the bullpen. Here, they perform the same procedures, ensuring the pitchers have what they need to do their jobs.

Bat boys may also do several other pregame tasks, but one, in particular, is acting as “bucket man.” As players warm up with batting practice and shag balls into the outfield, the bat boy is tasked with recovering the balls, putting them into a bucket, and returning them for use.

Once the game starts, bat boys have a particular set of tasks. They must fetch foul balls, gather arm and shin guards that players drop, and replace broken baseball bats. Their main goal is to remove clutter for the batters and give them everything they need to concentrate on hitting.

After the game, batboys are charged with several cleanup duties. They have to break down both the bullpen and dugout as they had set it up before. Then they are tasked with taking care of the clubhouse itself. Often they take care of laundry and complete other tasks like taking out the garbage and restocking the clubhouse refrigerator.

Do Bat Boys Travel With the Baseball Team?

The truth is that all batboys are employees of the home team. Even though the batboy for the visiting team wears their uniform, he’s on the host team’s payroll. This uniform switch is accomplished in a sort of a weird way, too.

When Major League teams go on the road, they’ll pack a batboy equipment bag. In the bag, they’ll pack uniforms for each of the teams they’ll visit on that road trip. And because they don’t know the size and shape of the batboy they’re designated when they arrive, they throw in a number of different shirt sizes to be sure. The traveling team is responsible for furnishing the correct batboy uniform to match their own.

How Do you Become a Bat Boy?

Because they are fundamentally different jobs, the bat boy and ball boy positions have different requirements. However, there are a few criteria they have in common. That includes the employee’s knowledge of baseball. MLB teams expect that any bat boy or ball boy hired on has a solid foundation of at least the baseball fundamentals. More knowledge of the game doesn’t hurt, but teams expect a decent enough level of understanding to perform the role adequately.

For batboys, there are really only two major requirements other than knowing the game of baseball. First, they must be in decent physical shape, as the role requires a lot of movement, bending, etc. The second is that the applicant must be at least 14 years of age or older. Now, this doesn’t mean all batboys are young teenagers; in fact, there are plenty of older batboys in the Major Leagues. Several are college-aged, and there are even some batboys in their mid-twenties.

Fourteen seems like an unusual age requirement, but it is in place for a good reason. Before 2002, the rules were much looser. From then on up to now, what’s informally known as the “Darren Baker rules” stay in place to protect kids who want to be batboys.

In 2002, when the requirements were not as strict, a young man named Darren Baker was a batboy for the San Francisco Giants. Son of Dusty Baker, the Giants’ general manager, Darren was three years old and eager to excel at his job. During a World Series game, the young Baker quickly rushed out to retrieve a bat belonging to Kenny Lofton, who had just scared a triple.

Lofton’s triple drove home Giants first baseman J.T. Snow as well as third baseman David Bell. J.T. Snow was coming home with Bell running full speed behind him as Baker was rushing out to home plate to retrieve the bat. Snow acted quickly, grabbing Baker by the back of his jersey seconds before Bell would have plowed into the boy. This close call prompted the MLB to change the rules for batboys permanently.

Requirements for Ball Boys and Girls

The requirements for becoming a ball boy/girl are not that different from those for batboys. Similarly, the ball boy must be in good physical health. There is a lot of walking, running, and standing for extended periods of time built into the position. They must be available to work, at a minimum, 65 home games and field balls hit by players.

There are also some age requirements for ball boys. The Chicago Cubs, for example, require any bat boy applicants to be at least 18 years of age by Opening Day. That does not mean, however, that all of these roles are taken by young people. Since 1992, the Giants have hired “spry seniors” to act as ball boys. They refer to them affectionately as “ball dudes” and offer older fans an opportunity to get in on the action. Like their younger counterparts, ball dudes need to be in good physical health.

What are the Duties of a Ball Boy?

Ball boys (and girls) have fewer responsibilities, but they are by no means less important. Sitting and/or standing on the foul lines, they monitor these areas constantly. They must retrieve foul balls and deliver new balls to the home plate umpire when necessary. Ball boys also act in an ambassador-like capacity, serving as a brand representative for the team. They mainly accomplish this through interacting with fans during games.

The process to apply to be a batboy or ball boy is basically straightforward, but securing the job is another matter entirely. Most often, when positions open up, MLB teams will post the job listing on their website. It might also be possible to find a listing on job boards like Indeed or Glassdoor. However, applying might not even get you noticed.

Batboy jobs are, by nature, minimal. Only 60 bat boy jobs are available across the MLB, and the application process reflects this. Some teams have very extensive waiting lists for this position. You’ll likely find long lists for teams like the New York Yankees or the Boston Red Sox. The best bet you have is finding some connection within the team’s organization. Otherwise, your chances are likely slim.

Being a bat boy or ball boy/girl for a major league baseball team is a rare opportunity. It requires good physical health, knowledge of the game, and dedication to the team. While the work may not be as glorious as that of the baseball players or managers, it’s still vital to keep the game running smoothly.