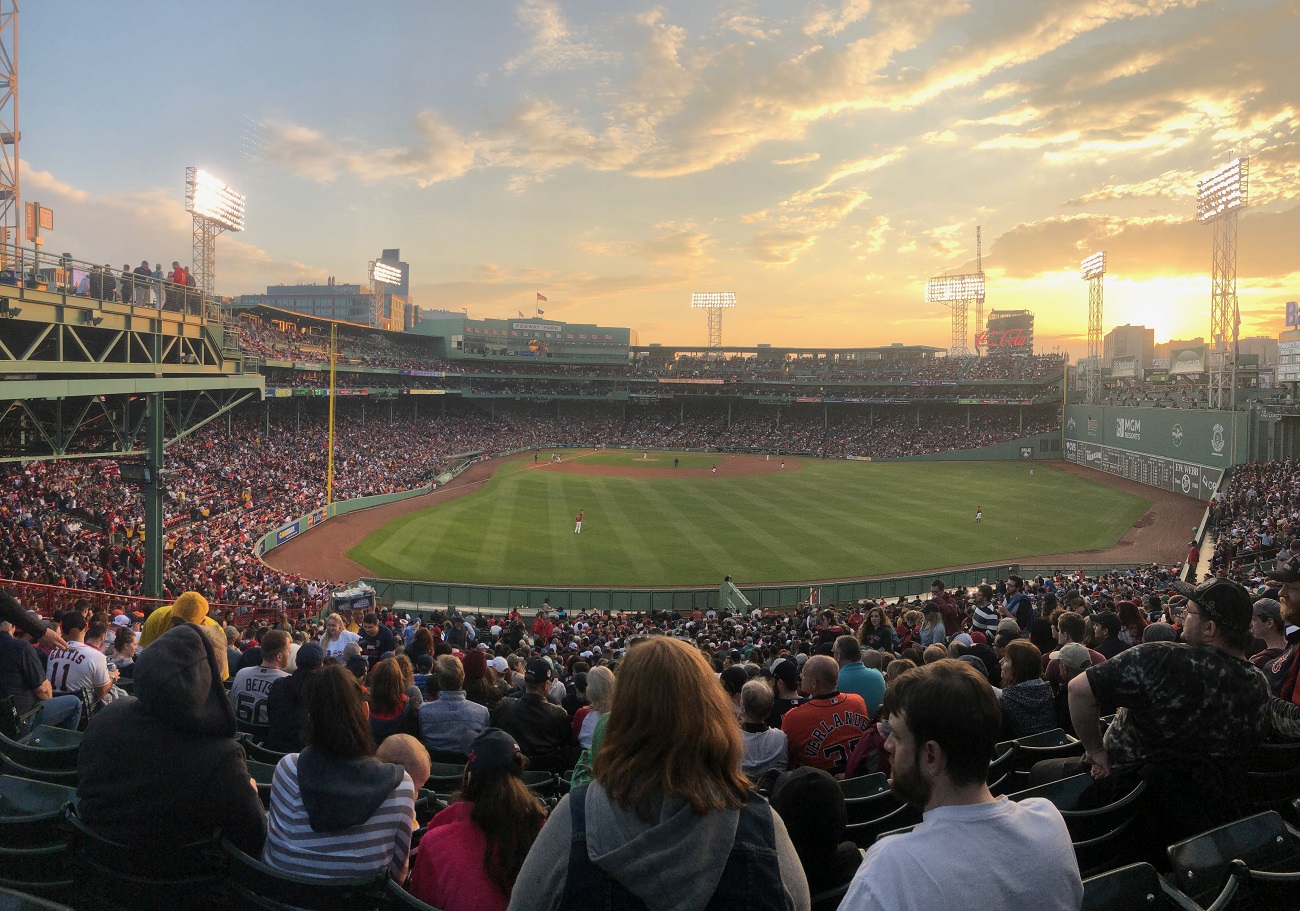 I was back to Fenway Park for the second time in 2019 on 5-17-2019 with my girlfriend and a few friends. The matchup was against the Houston Astros who are one of the best teams in the game. I was in Tampa Bay Rays Stadium the previous week, which was a lot of fun, but Fenway Park is fantastic. Here is my review of the Trop and my review of Fenway Park if you want to see how they stack against each other. As always, I’ve written a parking guide to Fenway Park if you would like to visit from outside Boston.

The Baseball Tavern Before First Pitch 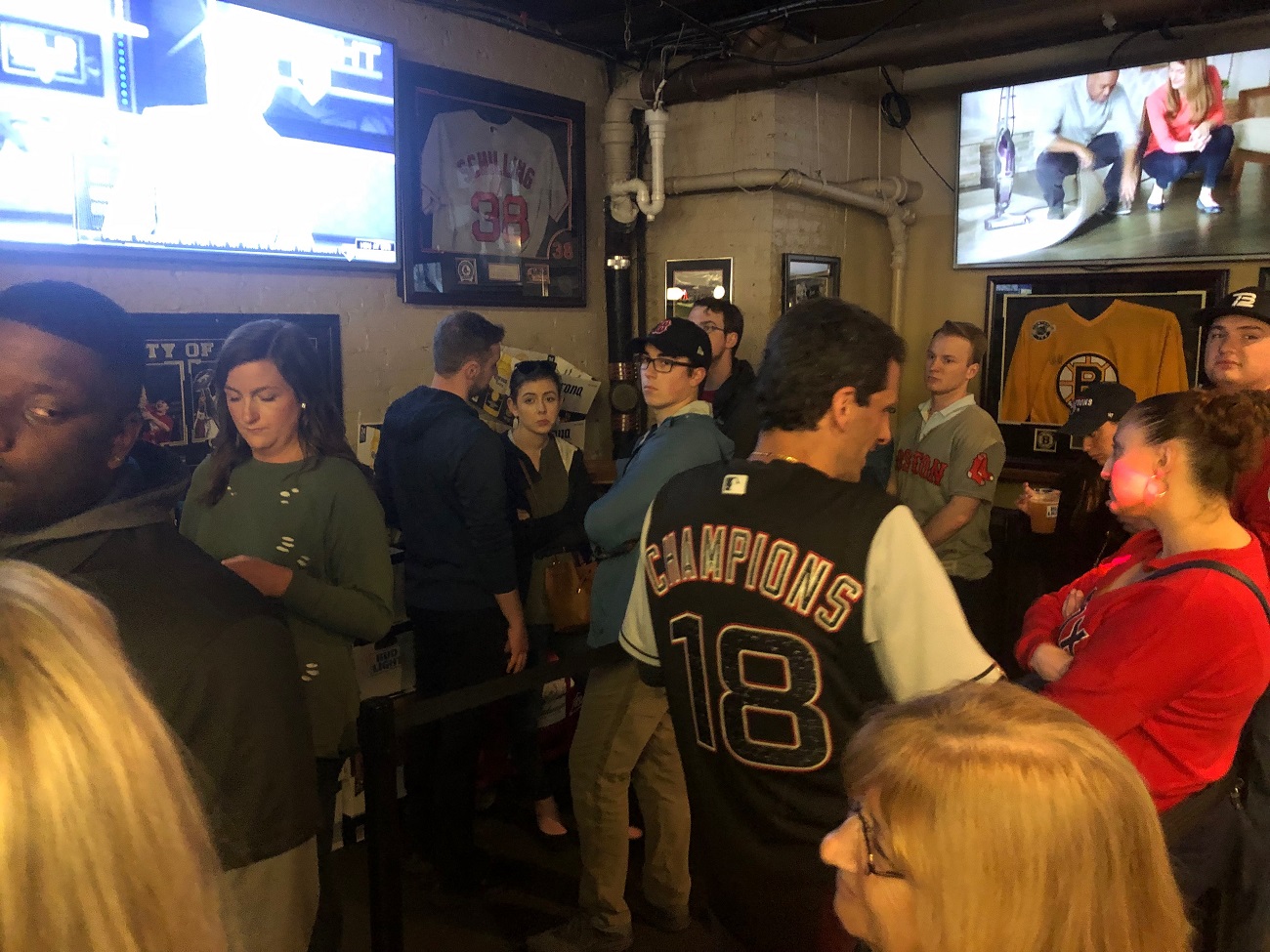 I met up with everyone at the Baseball Tavern before the game. As a tip, fans should arrive at the Baseball Tavern two hours before the game to get to the roof. We spent about twenty minutes at the bar and then made our way over to Fenway. The walk is incredibly short, so fans should venture outside Fenway Park and catch the action at the bars before going to the game. 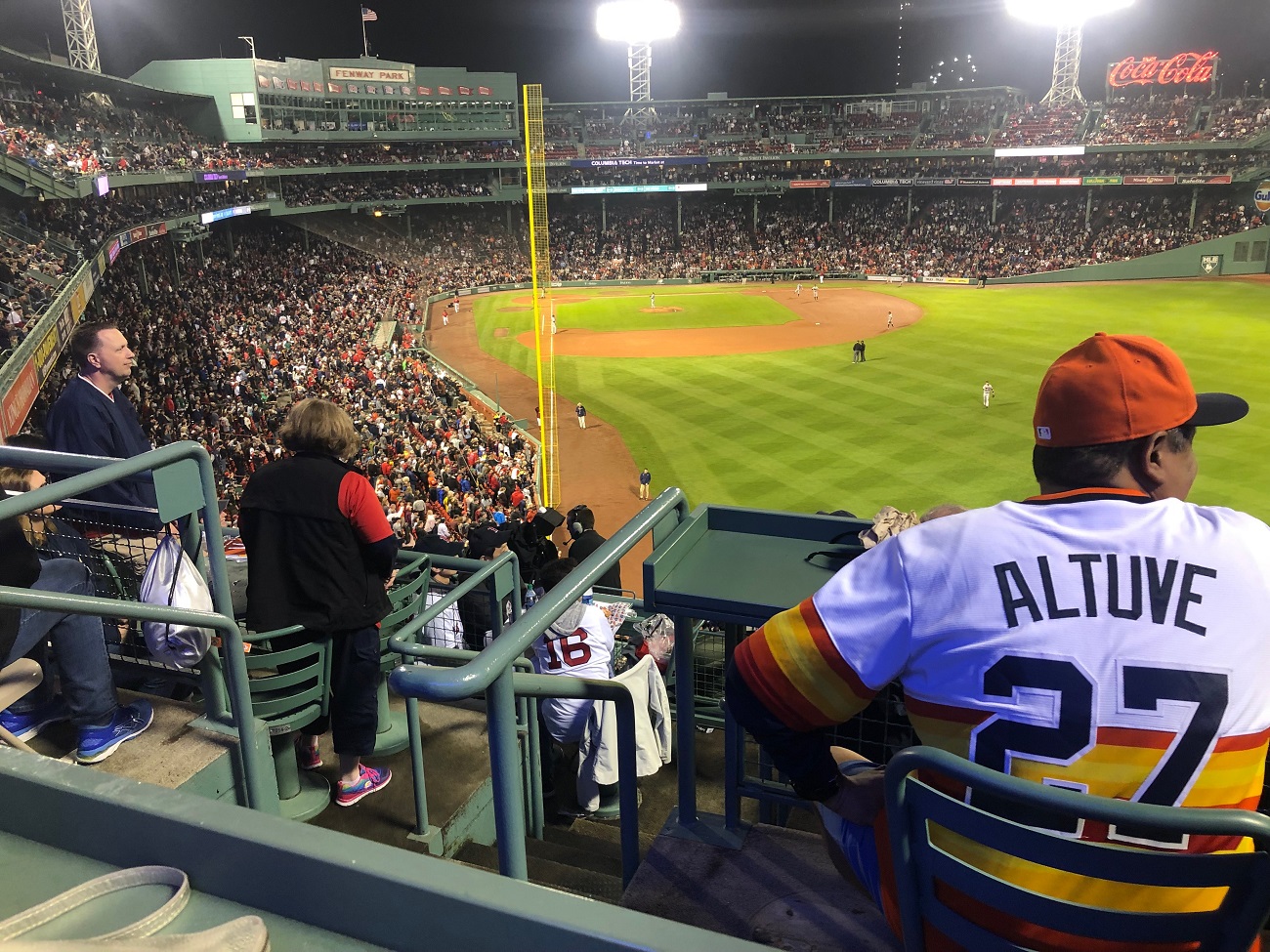 I was back in the bleachers for the second time this year at Fenway Park. We did not spend much time there during the game though. We were in the last row deep in right field, but we had a group of eight of us at the game. Since it’s awkward to sit in a line of 8 at a baseball game, we went up to the roof in right field to hang out.

The right field section is perfect for groups of people at Fenway Park. Fans can order food, drinks, and sit or stand at high tables during the game. There are plenty of TV’s everywhere showing the game so you won’t miss anything. If this were a playoff game, I would sit at my seat the entire time. Since this was more of a social event, I was fine hanging out on the roof and drinking with friends. As the game got into the 8th inning, I was able to move closer to the standing room section on the porch to catch the action. The view from the upper deck in the right is nice, so try and get up there if it is your visit to the park. 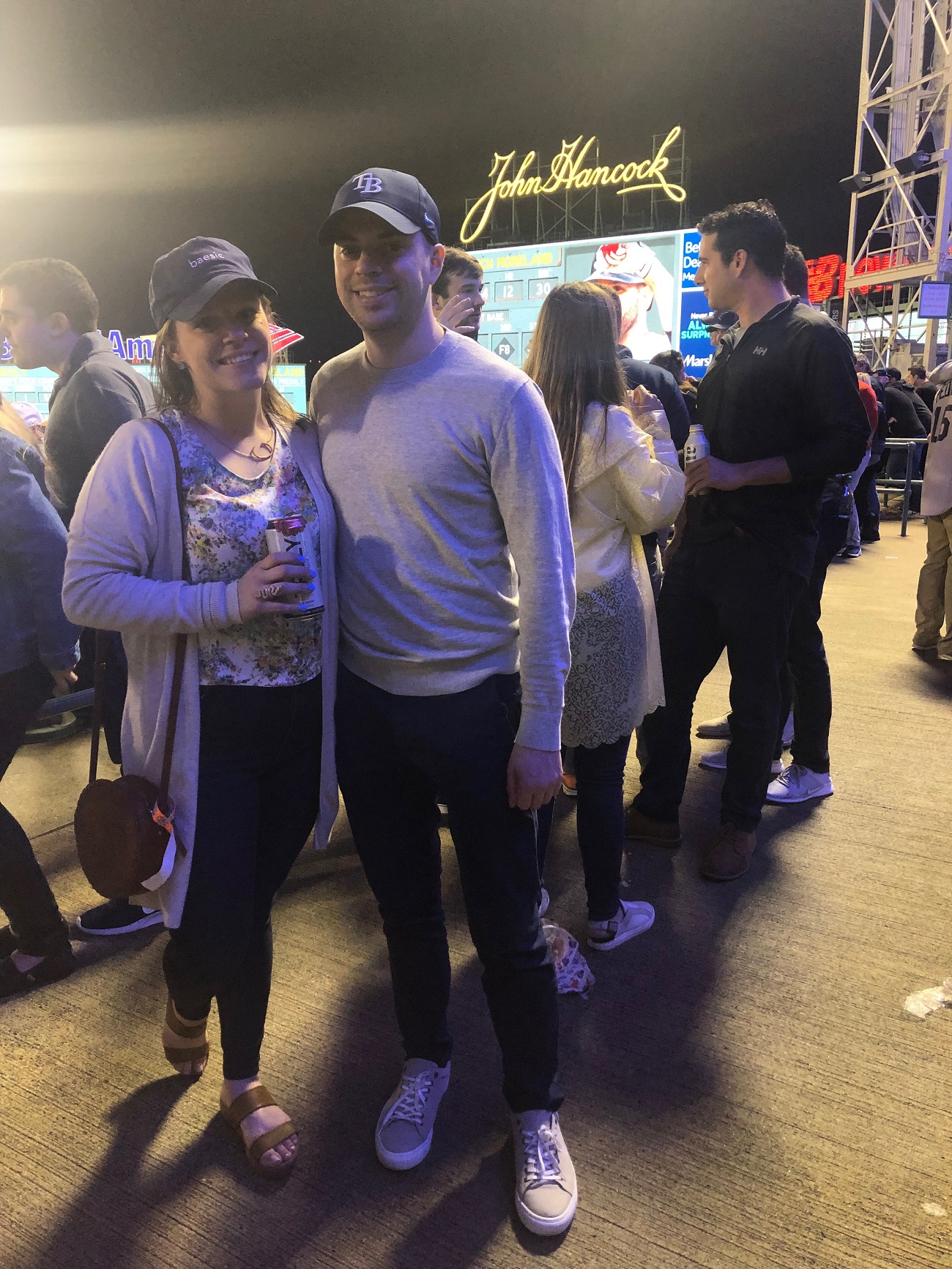 Depending on how you are feeling, you should head over to Landsdowne street after the game to catch some live music and get drinks. There are country bars, live music, and other types of shows happening during and after a Red Sox game. We made our way to Cheeky Monkey to hang out for a bit after the game.

This visit to Fenway Park was about the social experience instead of the game. I like Fenway Park, so I encourage all baseball fans to check out the venue. Fenway Park is the oldest MLB stadium in the game, but there have been many improvements to the facility. When you compare my review of Wrigley Field to Fenway Park, you will see what I mean.

My next stop will be at the New Yankee Stadium in June with my girlfriend also against the Houston Astros.