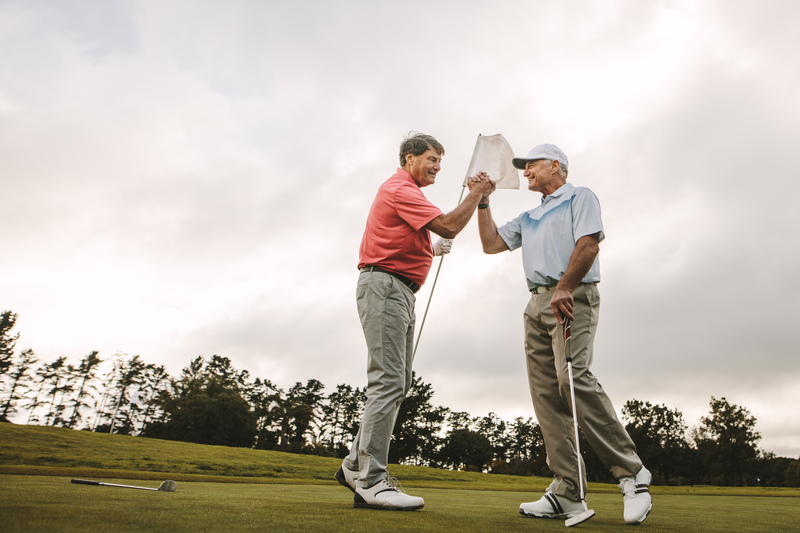 What is the Difference Between Stroke Play and Match Play in Golf? 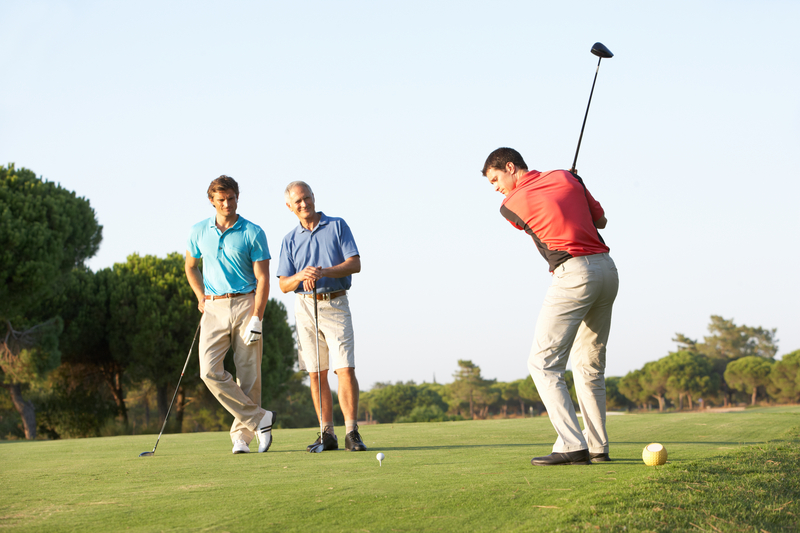 Stroke play is an overall stroke score out of the number of holes you play, while match play is a hole-by-hole contest. In stroke play, you can have one bad or good hole that can impact your score at the end of the day, but match play doesn’t. For example, you can triple bogey in stroke play and be down three strokes if your opponent got the ball into the hole on par. Instead of being down by three in stroke play, you are only down by one in Match Play because it only counts if you won, tied, or lost that hole.

Another difference is the scorecard for each contest. In stroke play, the lowest score at the end of the day is the winner, but Match Play is the opposite. Match Play counts how many individual holes a golfer won, while stroke play counts the overall average of how many strokes it took a golfer to complete all the holes.

What is the PGA Scoring System?

How Many People Can Play in Match Play Golf? 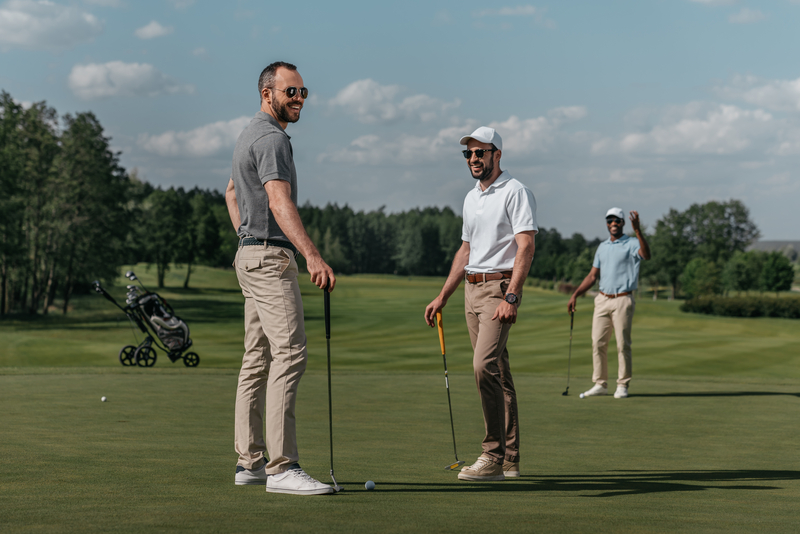 Who Goes First in Match Play? 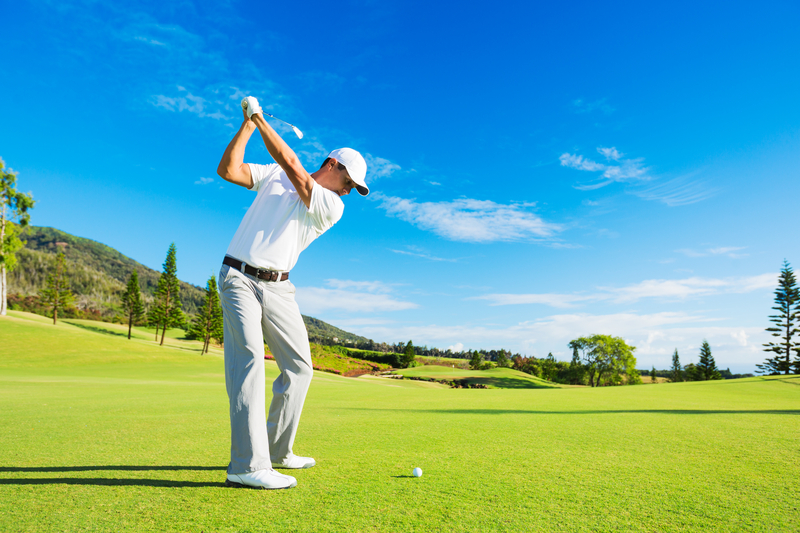 The player first listed on the scorecard goes first in Match Play. If you are playing with friends, you can use a coin toss to see who should take the first tee shot. After that, the order of play goes to the person or team who won the previous hole.

How Do you Win Match Play? 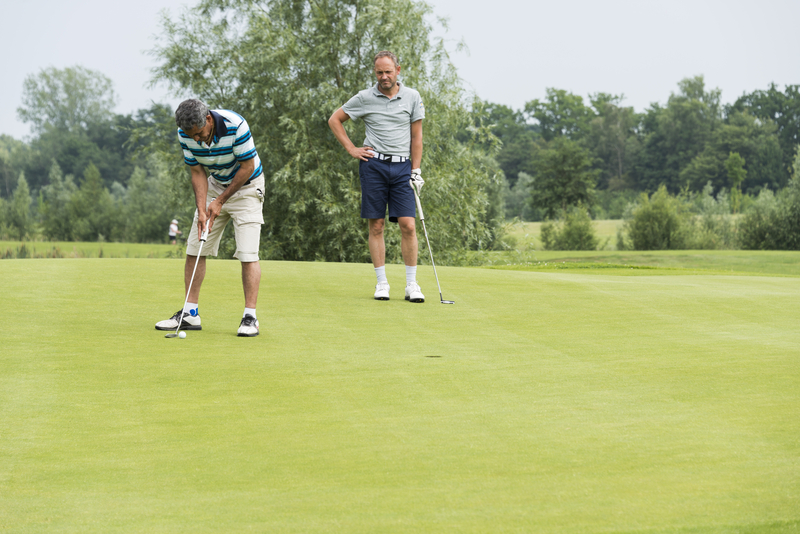 A player wins Match Play in golf when they are mathematically ahead of the other player, and there are not enough holes to make up the difference. For example, let’s say you are on hole 14 out of 18 and already won 10 holes. Even if the other player could win the remaining holes, they wouldn’t be able to tie or pass your ten-hole lead, so you become the winner. Depending on who you are playing with, you can still finish the game with good sportsmanship even if the winner is decided.

What Does Dormie Mean in Golf?

Dormie during a Match Play competition means that one player is up as many holes that remain in the competition. The phrase implies that the one golfer can’t lose the match.

How Does Match Play Scoring Work? 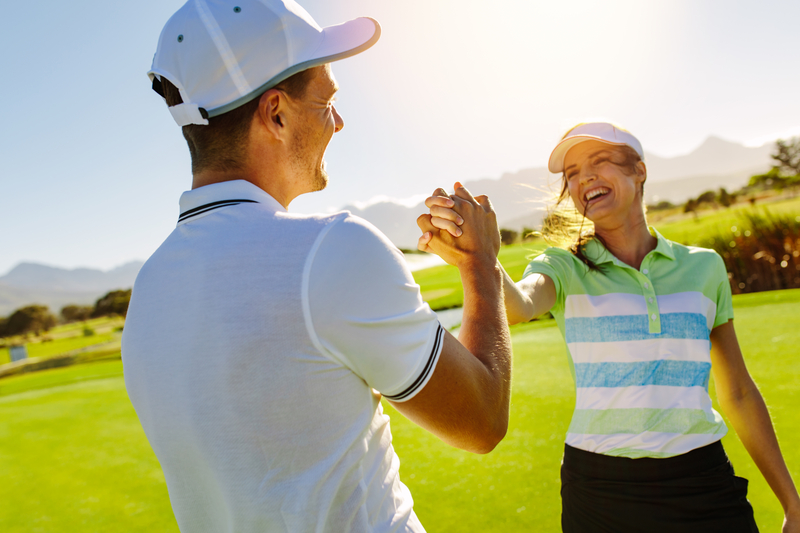 Match Play scoring occurs at the end of the round for that hole. For example, let’s say that Player A took three stokes to get the ball into hole one, while player B took four. Player A won that first round and got a plus 1.

If Player A and Player B each take the same number of strokes to get the ball into a particular hole, the scoring system illustrates a draw. Neither player won or lost that hole, which means there is one less hole to determine a winner left in the match. Tying on a hole becomes even more critical later in the game if only a few remaining holes are left, and one player is down in the score.

How Do Player Handicaps Factor into Match Play? 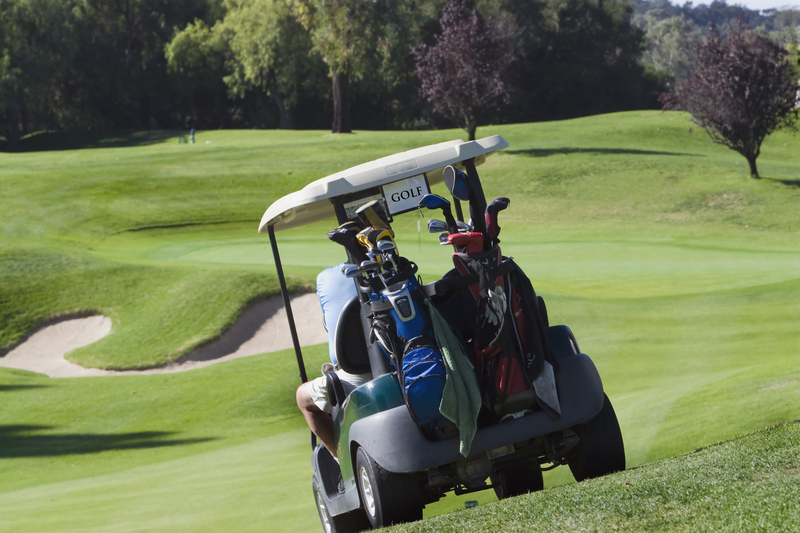 Let’s say that two players are squaring off during a singles match in Match Play. One golfer has a handicap of 9 while the other has 14. Their difference is five, so the payer with the higher handicap receives five additional strokes on the most challenging holes. You can interpret that if on the fifth hole it was par five and it took the golfer with the higher handicap six shots and the other golfer five, you can call that hole a tie. However, once those five strokes are depleted during the match, the two golfers are equal in shots moving forward.

What is a Concession in Match Play?

A concession in Match Play occurs during an easy-to-make putt. For example, your opponent might only need to chip the ball into the hole, so the other player can concede that hole and take the loss. A concession helps speed up the Match Play, and the other golfer can’t deny that request.

Are the Rule of Golf the Same for Stroke and Match Play?

Besides scoring each hole, the rest of the stroke and Match Play rules are the same. You have to use your own ball, count the strokes, and use only approved clubs for the golf course.

Conclusion: What is Match Play in Golf

In summary, Match Play in golf is a competition against your opponent rather than the scorecard. During stroke play, you take an overall average of how you did over the day, but in Match Play, you take how you did against the other opponent. While stroke play occurs in the PGA Tour, match play still happens for other big tournaments each year. Not only that but playing match play is ideal for casual fans who are new to golf and don’t want one bad hole to mess up an otherwise great day on the course.

What is a Driving Range in Golf?