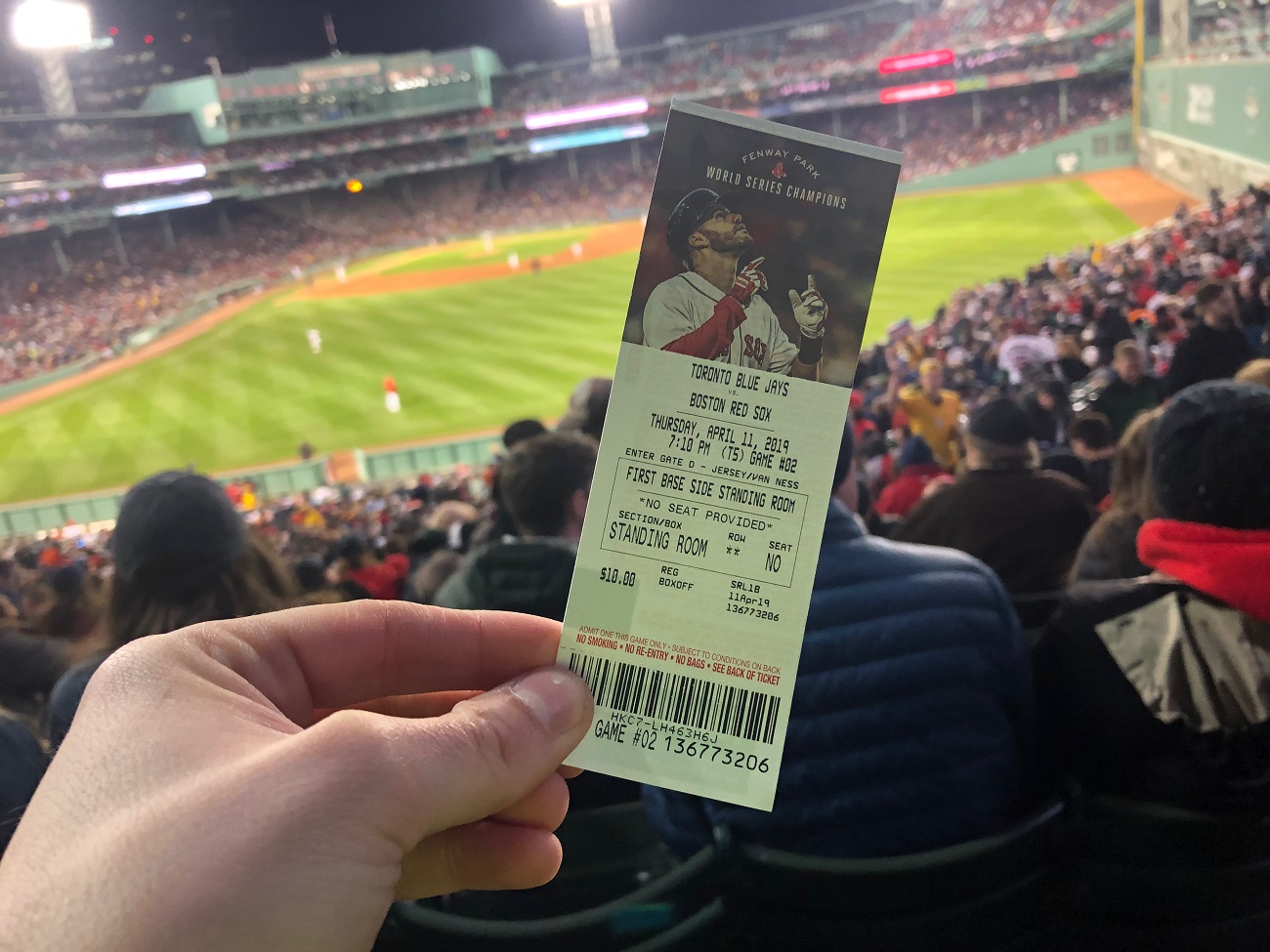 I live and reside in Boston, so I’m lucky to get to plenty of Sox games each year. A week weeks ago, I saw cheap tickets for the matchup against the Toronto Blue Jays. Fenway Park will be my first baseball stadium visit of 2019, so I would like to share some insight into the game and experience.

If you are looking for my thoughts of the place, you can check out my Fenway Park Review.

Bars Before the Game 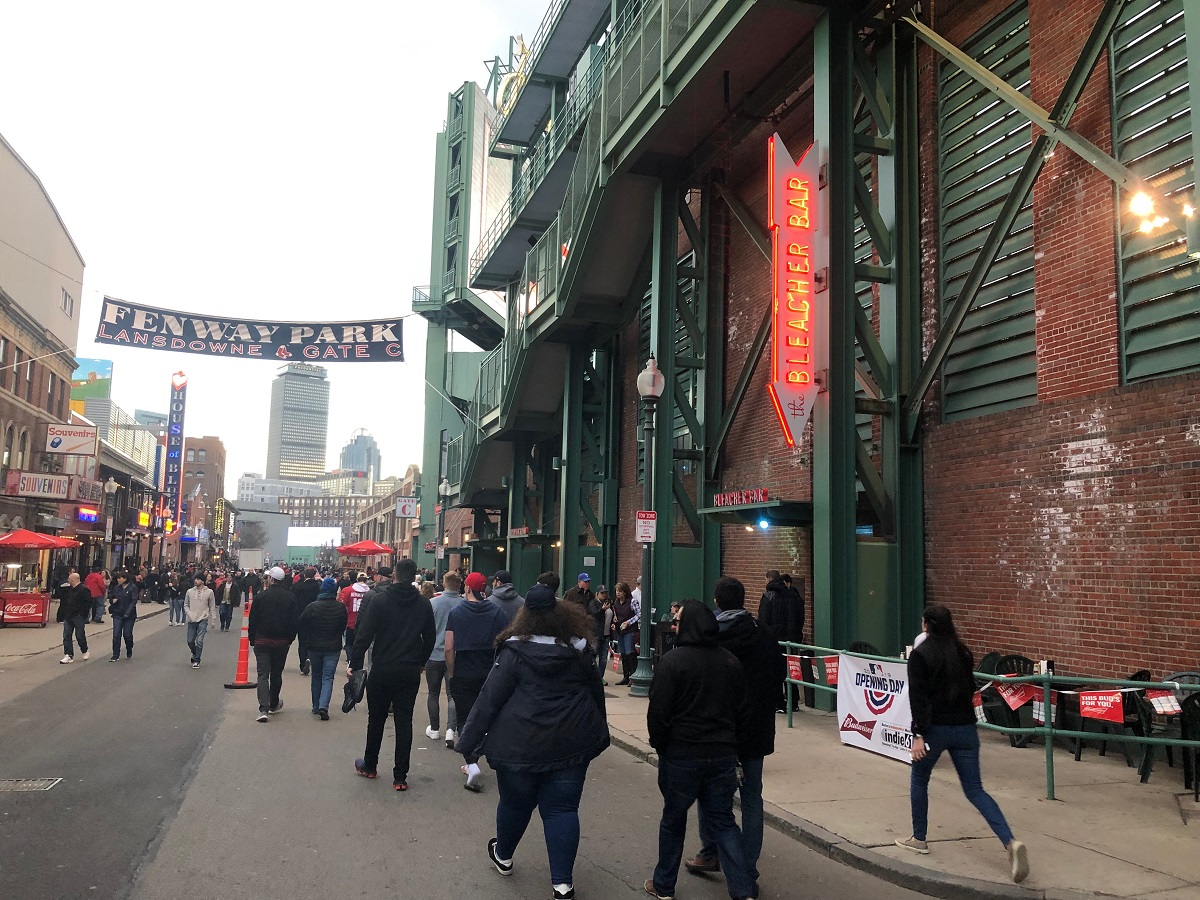 I don’t drink that much these days, but I’ll have a few beers for sports games. My favorite bar is the Bleacher Bar that is Fenway Park. You get an incredible view of Fenway Park from center field, so I like to stop by this bar before heading into the game. Plus, you don’t need a ticket to get in here, but you can’t take pictures during the game. I got into the bar with only a few minutes before the first pitch, so I was unable to snag a picture for this blog.

I recommend buying your tickets before getting to Fenway if you don’t live in the city. I’ve made the mistake of assuming I could get tickets by showing up at Progressive Field, but turned out the game was sold out. Since I live two miles away from Fenway, I head over to the no-scalp zone to see what’s available. Even the ticket booth outside Cask N’ Flagons has face value tickets, so if you can risk it, you should get the tickets at the park. I was able to get a ten dollar standing room only ticket to the game.

If you plan to drive to the game, I wrote the Red Sox Parking Guide for you to review.

You can Bring a Back Pack into the game.

Fenway Park allows fans to bring in backpacks which is super helpful. I came from work and had my bicycle lights with me, so I was able to bring in my backpack. Not all stadiums allow bags, so big props to Fenway for allowing fans to have a bag.

I’ll be in Tampa for two games in May and found out you can’t bring in a backpack, so not every place allows bags. 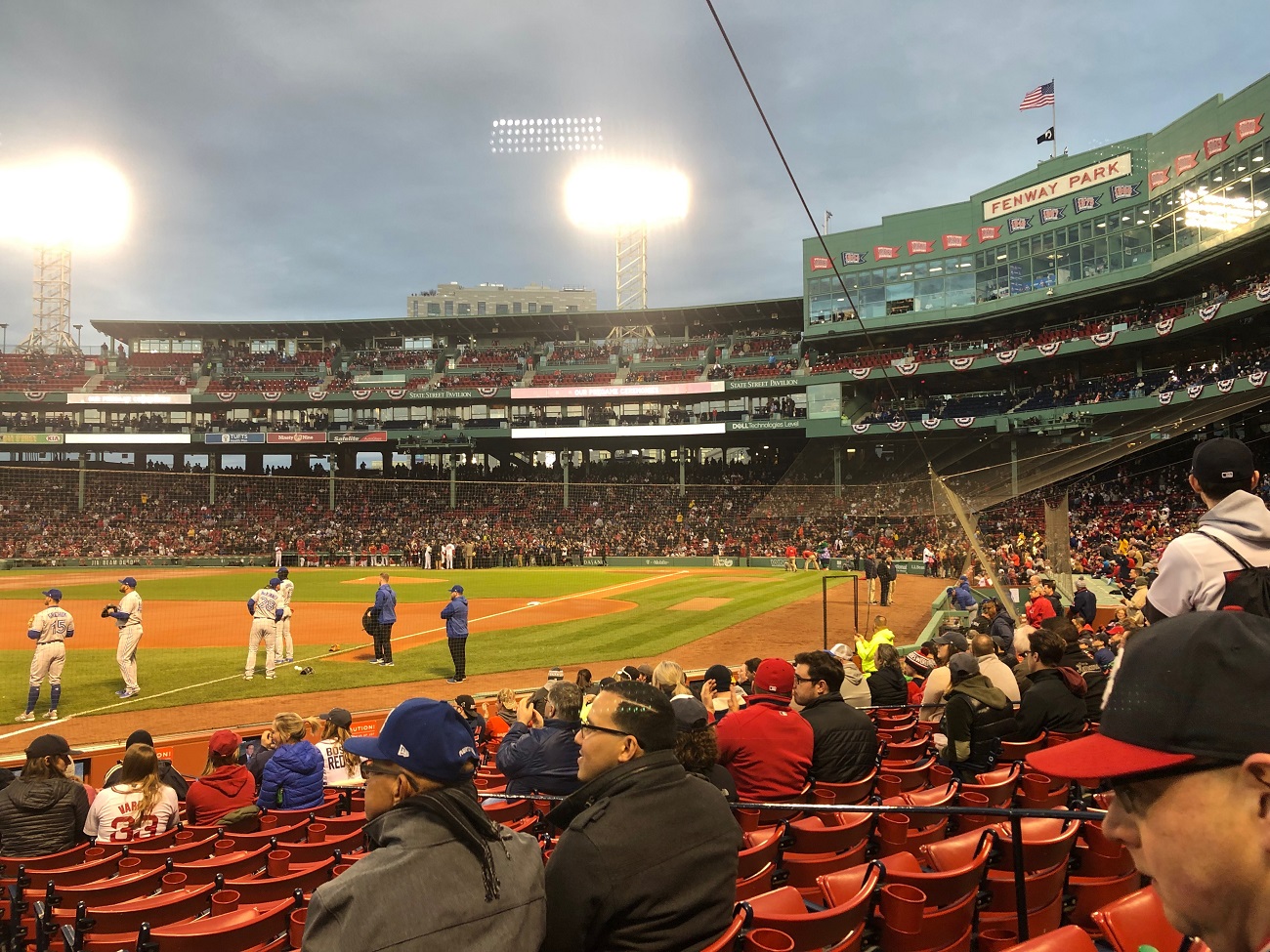 I got to the park around 6:50 for a 7:05 start, so batting practice was over. One thing that’s nice about Fenway is the ability to walk around even with a standing room only ticket. If you are going to your first game, you should spend a few innings walking around and catching the game from different angles.

Tips for Standing Room Only

I went by myself, so I had pure freedom to do whatever I want. As a tip, fans should check out StubHub during the game to see how many seats are available. I saw the bleacher seats in the outfield were not sold out, so I went over there to sit for a few innings. I don’t abuse the system by trying to sit close to the field, but I was not planning on standing since the park was not sold out. 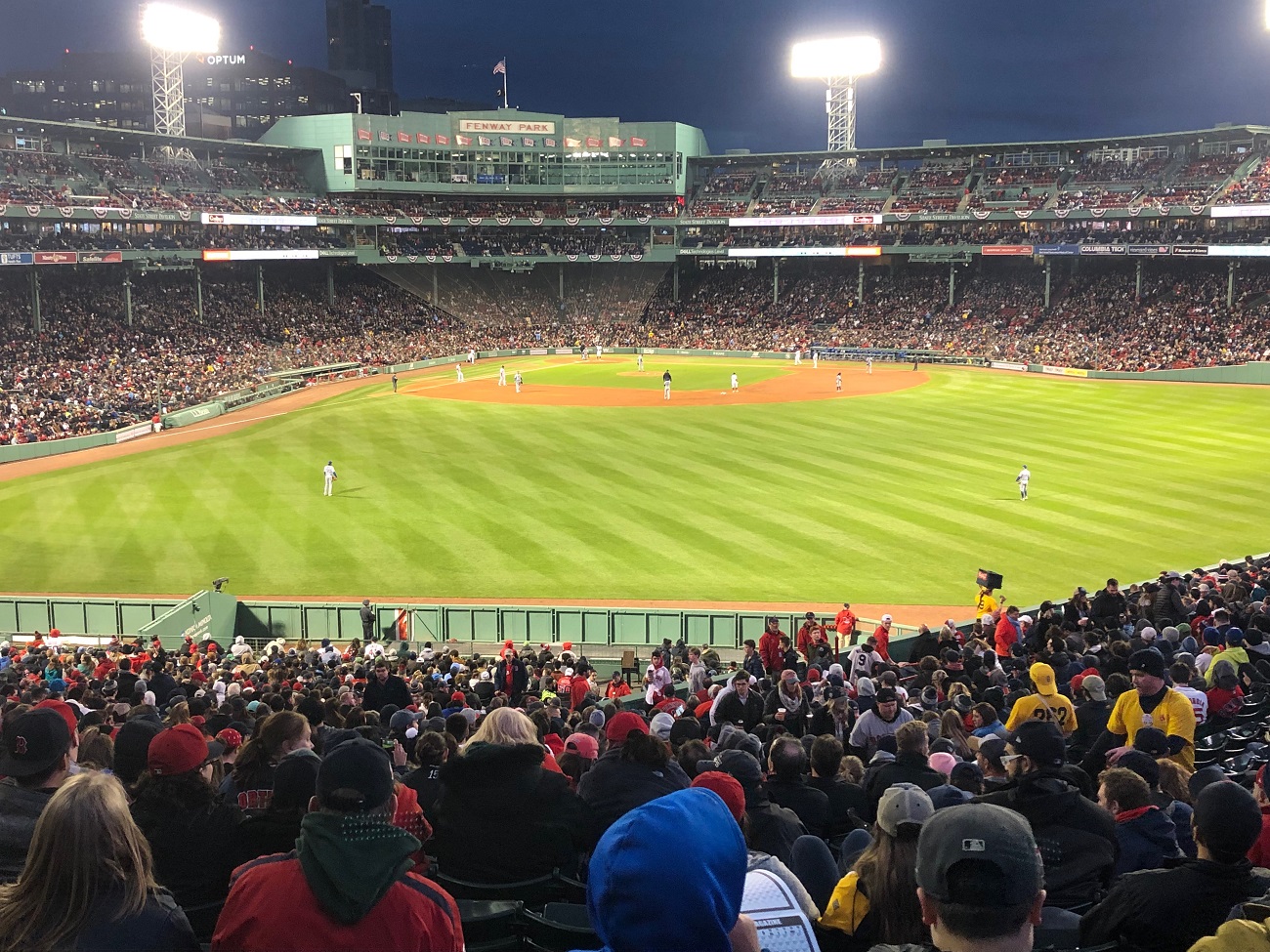 I’ll admit that I sinned during this game. I left in the middle of the fourth inning because I had a lot of work to do on this website, so I went home. I’m fortunate to go to many Sox games each year, so going to Fenway is not special anymore. I’ll be back at Fenway in May with a bunch of friends, so I’ll stay longer.

The Red Sox came back and won the game with a walk-off single in the ninth inning. My friend who was also at the game was texting me the outcome since I can’t watch the Red Sox at my apartment. I have the MLB.com app, so I have a blackout message on Sox games since I live in Boston. I’m a Yankees fan and sort of a Rays fan, so I typically watch those games most nights anyway.

Fenway Park is out of the way, but I’ll be back at least one more time this year. My next stop is Tampa Bay Rays Stadium out in Tampa, Florida. Technically the park is in St. Petersburg, but the team is known as the Tampa Bay Rays. I’ve never been to that stadium before, so I’m catching two games against the Yankees. I’m excited to see a new park, see the Yankees, and hang out with my cousin and aunt who live in Florida. Getting to Tropicana Field will be the thirteenth ballpark for me in my lifetime with my goal to catch every park in the game.

Nationals Park (I have not Find a Time Yet to Get to D.C)

Here are all the parks I’ve seen so far.