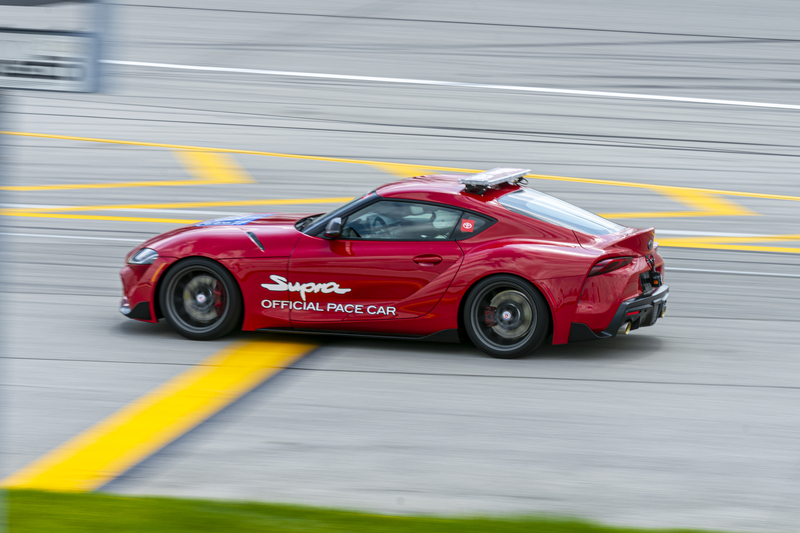 When you watch a motorsport event, it’s not unusual to see a vehicle on the track that’s not one of the race cars. While most race series call this vehicle a safety car, NASCAR refers to it as a pace car. The pace car has several functions during a NASCAR race, including guiding cars on track during a caution and leading the parade lap. While you’re most likely to see the pace car leading drivers during a race, there are some tasks that the car does that might be new to some NASCAR fans.

Here is the complete breakdown of a NASCAR pace car!

What is the Purpose of the Pace Car in NASCAR? 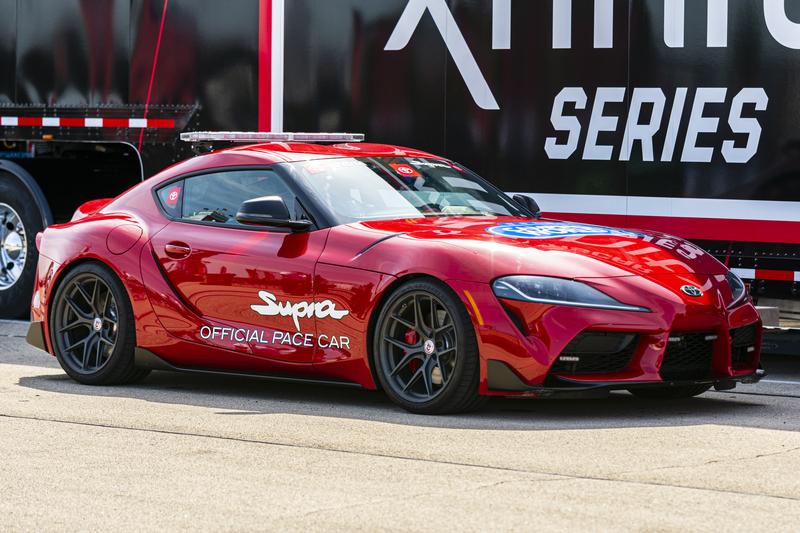 The pace car has a few different roles on race day. The most important job the pace car does during a race is slowing down the field and guiding them through the race track under caution. If a race needs to be slowed down like a collision or damage to the track, the flagman waves a yellow flag to indicate the start of a caution period. Then, the pace car enters the track at the front of the field so that all cars can line up behind it.

What is the Role of the Pace Car on the Track? 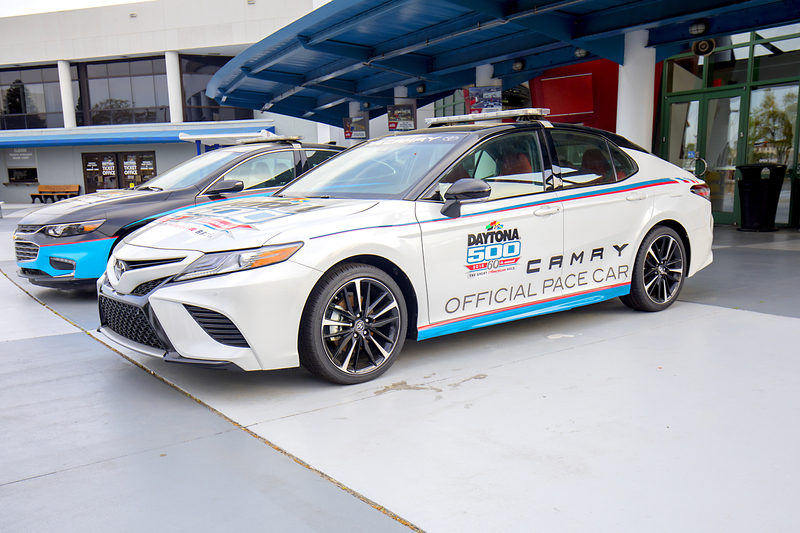 While the pace car is out, drivers must follow the racing line it takes. They cannot exceed the speed of the pace car, which is often much slower than they’d typically drive on the track. That means you may see drivers weaving in place while driving behind the pace car. This weaving helps keep the tires warm to operate at peak level when the race resumes.

The pace car also leads the race during parade laps at the start. This slow lap around the track serves two functions. First, it lets drivers get one last look at the track before the beginning of the race, where they can identify banking and overtaking opportunities. Next, it gives race fans a good look at their favorite drivers before the race.

The final function of the pace car is to inform drivers of the speed allowed on pit roads. When NASCAR drivers make a pit stop, they have to abide by a specific speed limit to ensure the safety of crews and other drivers. However, stock cars don’t have any speedometers in the vehicle. The pace car drives around the track at pit road speed, so drivers can observe the speed and RPMs needed to achieve it.

What is the History of the NASCAR Pace Car? 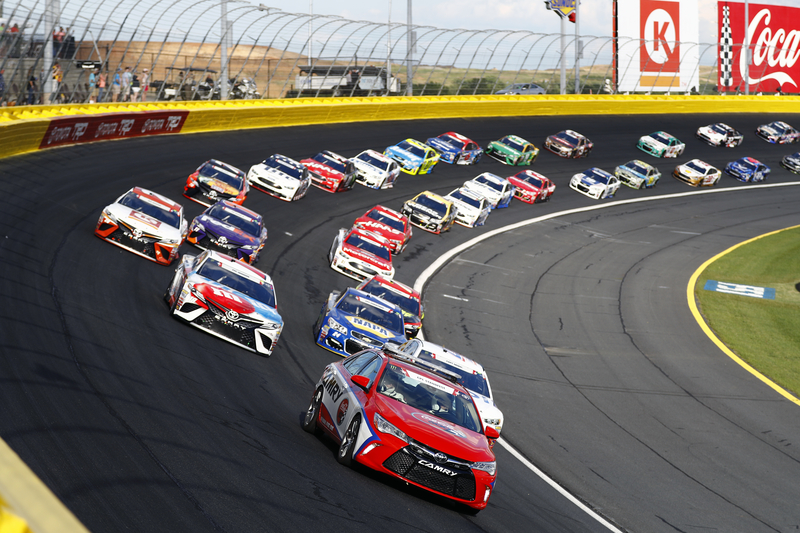 The history of NASCAR pace cars is older than the racing organization itself. Pace cars and safety cars have been one of the unique features of motor racing that allow race directors to deploy on-track officials safely. While NASCAR started in 1948, many historians recognize the first American pace car as the Stoddard-Dayton driven in the 1911 Indianapolis 500 race.

One of the earliest records of a NASCAR pace car predates the racing organization itself. The NASCAR Hall of Fame usually points to a Cadillac Coup that was driven at the Daytona Beach and Road Course in 1941 as one of NASCAR’s first official pace cars.

Are the Pace Cars the Same for Every Race? 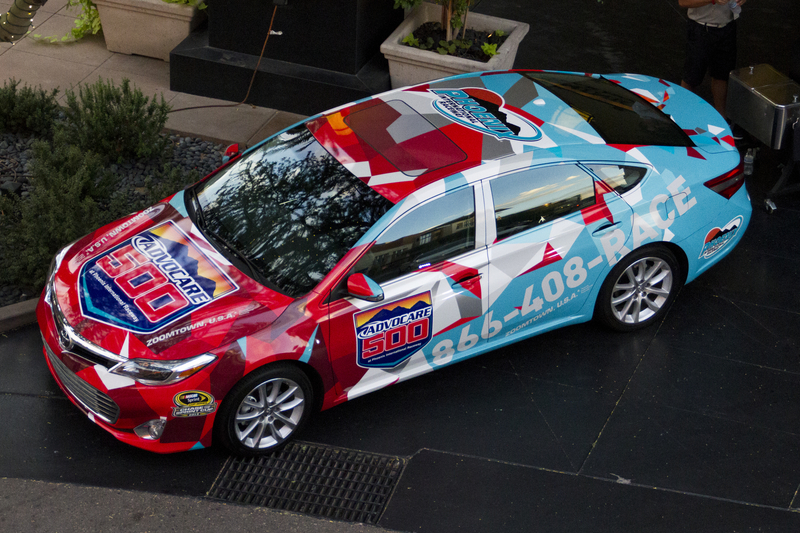 While some racing federations have standardized safety cars, the pace car can change in NASCAR depending on the sponsor for a specific race. The NASCAR Cup Series has four primary engine providers, who each partner with a NASCAR track to provide the safety car. Tracks that partner with Chevrolet will use a Chevrolet Camaro for their pace car, while those sponsored by Toyota will use a modified Toyota Camry. Dodge races will use a Challenger for their pace car, and a Mustang is used for Ford races. These cars are similar to the NASCAR Xfinity Series, which uses the same engine suppliers.

In the NASCAR Camping World Truck Series, the pace car is usually a truck by the same automakers. That means Chevrolet races will use a Chevy Silverado, while Ford and Dodge’s races use an F-150 and Ram 1500. Finally, Toyota races will use a Toyota Tundra for their truck series pace car. 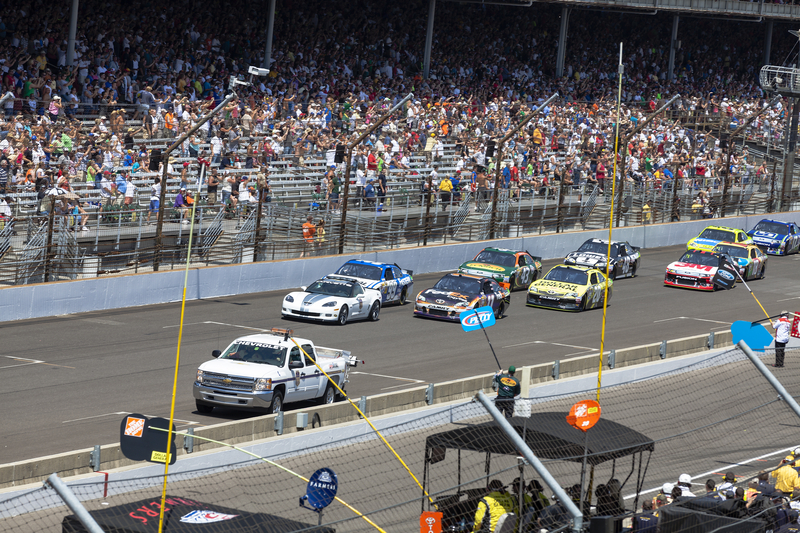 In 2022, NASCAR introduced a history-making pace vehicle when the new Ford Lightning F-150 pickup truck served as the pace car at Martinsville Speedway. This pickup truck was the first time an all-electric truck was ever used as a pace car in a cup series race.

Who Drives the NASCAR Pace Car?

While the designated pace car can change from race to race, NASCAR only employs one pace car driver. The current NASCAR pace car driver is Brett Bodine, as of 2022,, who has served as the official driver since 2004.

Conclusion: What is a Pace Car in NASCAR?

The pace car is a unique feature of American racing. Since the vehicle changes every week, fans can connect with the race cars in a novel way since there’s a production car they’re familiar with on the track.

The pace car is also essential for maintaining driver safety during the race. While fans might not always like it when races are under caution, the pace car ensures that all drivers make it through the period unscathed to be exciting and competitive racing when the green flag waves to resume the race.