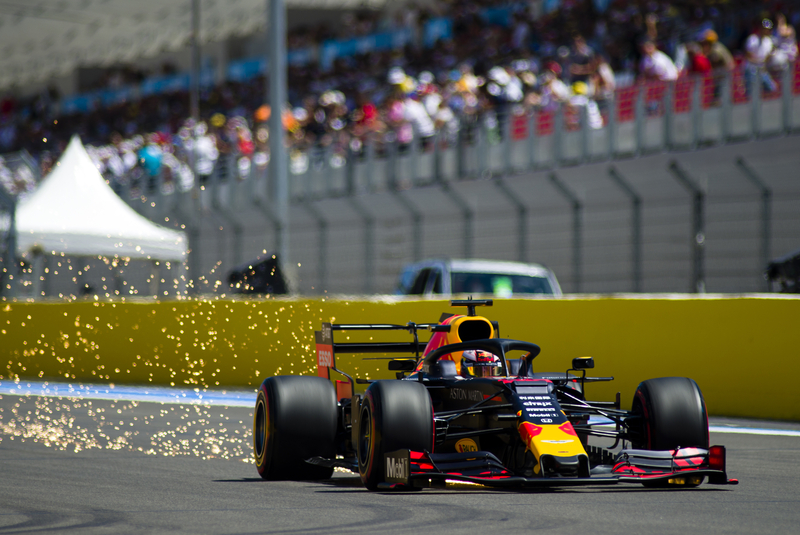 Anyone watching a Formula 1 race at night will see many sparks on the track. You’re most likely to see sparks when cars go into a hard braking zone or race down a straightaway side-by-side. Very few fans know that this visual phenomenon is intentional. Sparking occurs when titanium skid blocks below the car drag on the asphalt due to downforce.

Here’s more about why these cars have this critical piece of equipment and how it impacts the race.

What’s on the Bottom of a Formula 1 Car? 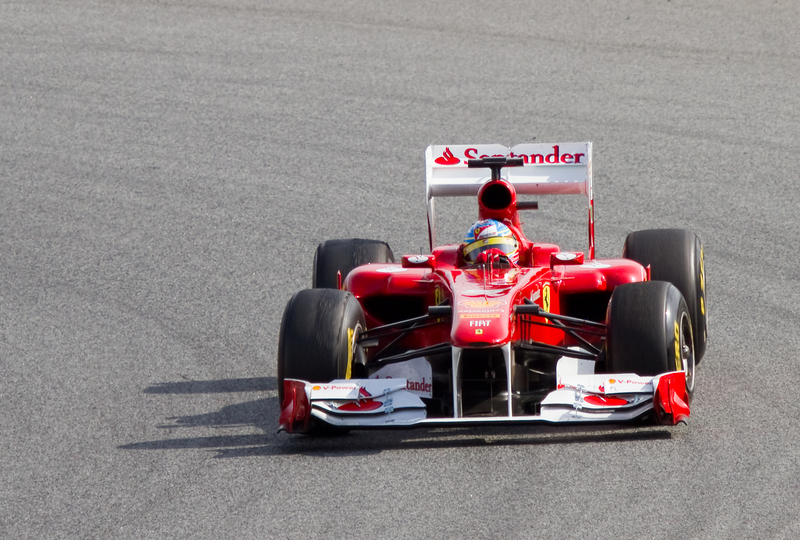 The FIA regulations state that the bottom of every Formula One car must have a piece of equipment called a skid block or plank beneath it. The governing body mandated these planks in 1994 to limit ground effects on vehicles, as many F1 teams were trying to use aerodynamics to make the car squat down and stick to the track more effectively.

Regulations state that these planks must be 10mm in thickness. If the vehicle drags the plank across the ground and causes it to lose more than 1mm of thickness, that team will receive a disqualification.

What are the Planks / Block Made From?

Initially, these planks were made of simple plywood. However, the current regulations allow that they can be made with any homogeneous material as long as it’s soft enough to wear at a specific rate so that the 1mm of material loss can be judged effectively. Teams fixed the planks to the cars with small pieces of sacrificial titanium called skid blocks, which create the sparks you see when cars are driving.

Do Teams Replace these Blocks Between Races?

F1 Teams replace the planks and skid blocks between races. They’re usually connected to the cars before the first practice and qualifying sessions, so you might see many sparks before the race. However, they cannot be changed after qualifying, as per FIA rules.

Why Do F1 Cars Need Planks and Skids? 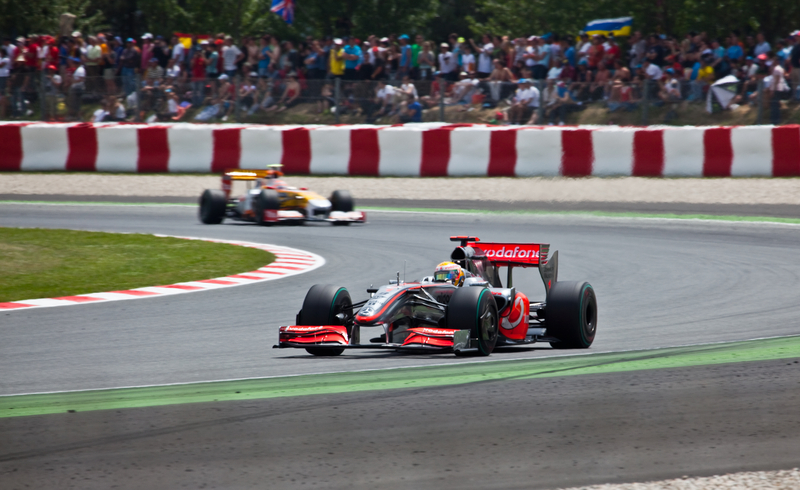 In the mid-to-late 1980s, many F1 fans watched some of their favorite racers and cars start to spark, especially when racing down straight-aways. These sparks were much different than the one’s today.

F1 teams started manipulating downforce to grind the bottom of their cars against the tarmac physically. Many F1 drivers became famous for how they’d create these sparks. For example, Nigel Mansell famously said that he would try to aim for bumpy parts of a track when a rival was following closely behind to create a shower of sparks to try and distract them.

As teams adapted to using the planks, they often used different types of metal to attach them to the car. They initially used a kind of kevlar, which lasted a long time, but broke off in large chunks, resulting in punctures. Teams then moved to tungsten, a lightweight metal that heated up under the stress of the downforce. Finally, titanium skid blocks became the primary metal used, and they’re still used to this day. 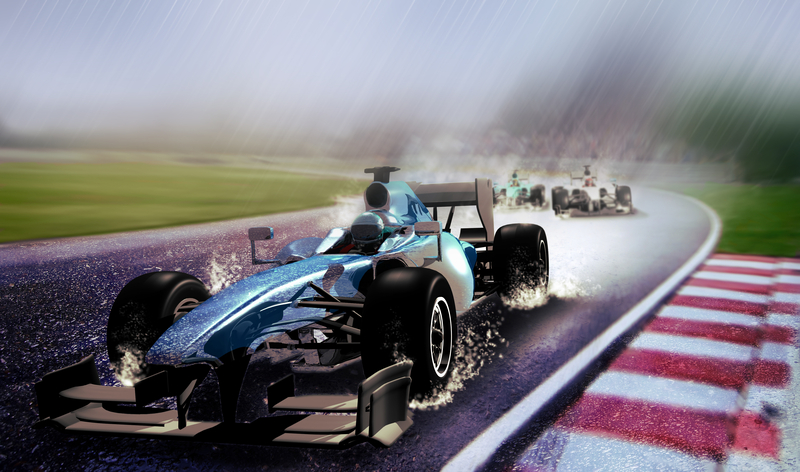 The sparks can be dangerous to drivers where there can be burn marks on their helmets and race suits from the flaming-hot metal. Introducing the wooden plank was to regulate the ride height of F1 cars so that teams couldn’t use ground effects to make their vehicles rise too low.

What are the Results of Sparking? 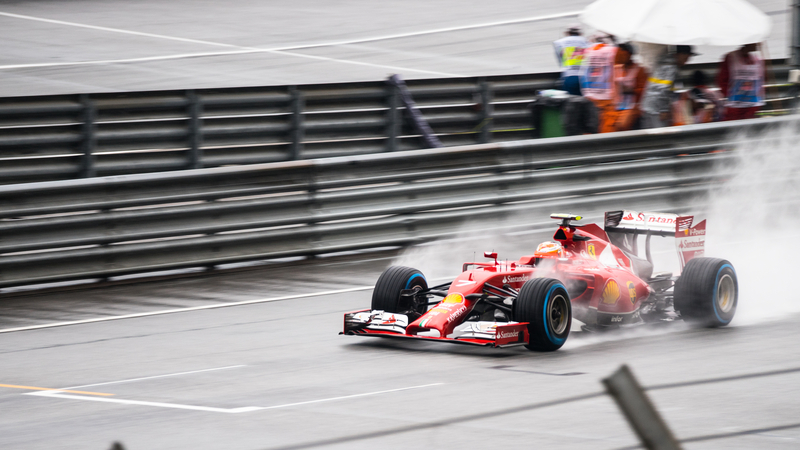 Since the plank and skid blocks design wear throughout the race, there are few negative impacts. Titanium happens to be one of the safest metals that F1 teams can use, as it doesn’t cause burns to other drivers as they follow each other at high speeds.

One side effect is some damage done to the track after races. The skid blocks can carve grooves into the asphalt, leaving little ripples that other motorsport athletes call “wash boarding.” The ripples often happen in heavy braking zones and may require more frequent track maintenance on high-downforce circuits.

Where Does Sparking Tend to Happen on the Race Track? 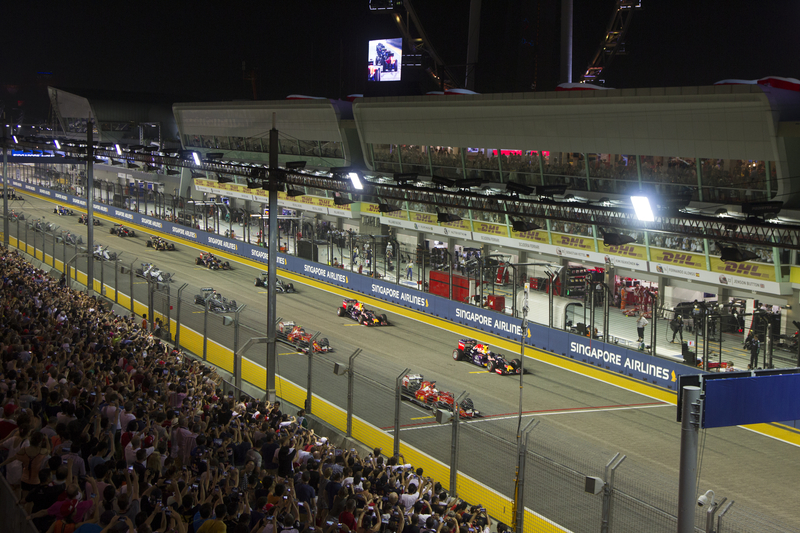 While you’re most likely to see sparks on the straightaways, it’s not the only place that it happens. In fact, sparking happens most often as drivers slam on the breaks to enter a turn. The cars are designed to use aerodynamic forces to keep the vehicles planted as they stop. Those forces press the car to the ground, pressing the skid blocks into the ground.

McLaren driver Daniel Ricciardo, known for his late braking ability, often has sparks flying behind his car when he races.

What F1 Races Have the Most Sparking? 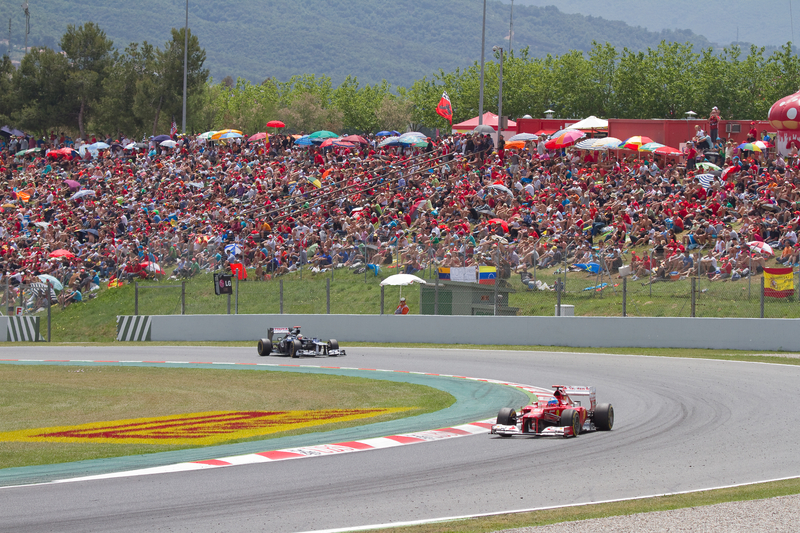 While most races have some sparks, it’s not always visible. You’re most likely to see sparking during night races, like the Saudi Arabian Grand Prix or the season finale at Abu Dhabi. However, most sparks happen on “high downforce” tracks with slower speeds and heavy braking zones.

Hungary, Imola, Spain, and Monaco are all considered high-downforce tracks. However, the Singapore Grand Prix is where you’ll see the most sparking. The Singapore Grand Prix is a night race on a notoriously high-downforce track. As cars race down the start/finish straight, you’ll see sparks flying from the car’s rear as drivers make the first left-hand turn.

Conclusion: Why Do F1 Cars Spark?

Many fans love to see the visual spectacle of sparks as they trail behind an F1 car. However, most people might not know that those sparks result from a safety feature.

Next time you watch Red Bull’s Max Verstappen face off against Mercedes’ Lewis Hamilton, make sure you appreciate the innovations that created the light show behind them and how it’s made the sport of F1 safer for all drivers on the grid.