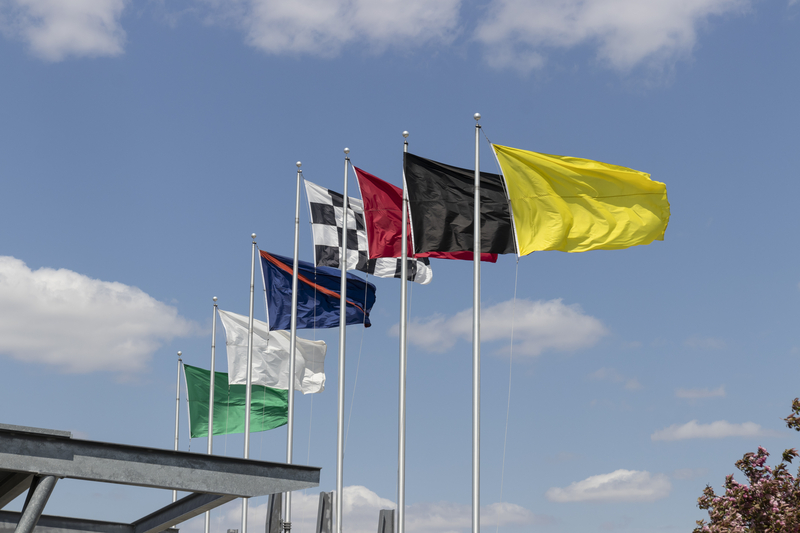 If you’ve watched auto racing at any level, you’ve undoubtedly seen a variety of flags. NASCAR, in particular, is famous for its use of flags to symbolize the start and finish of every race. Racing flags communicate race conditions to drivers and racing teams during a race, so it’s essential to know what each flag means.

However, with 15 different flags and combinations, it’s difficult for even dedicated fans of the sport to know every scenario communicated by a flag.

Here’s a breakdown of what every flag means in a NASCAR race.

The History of Flags in Auto Racing 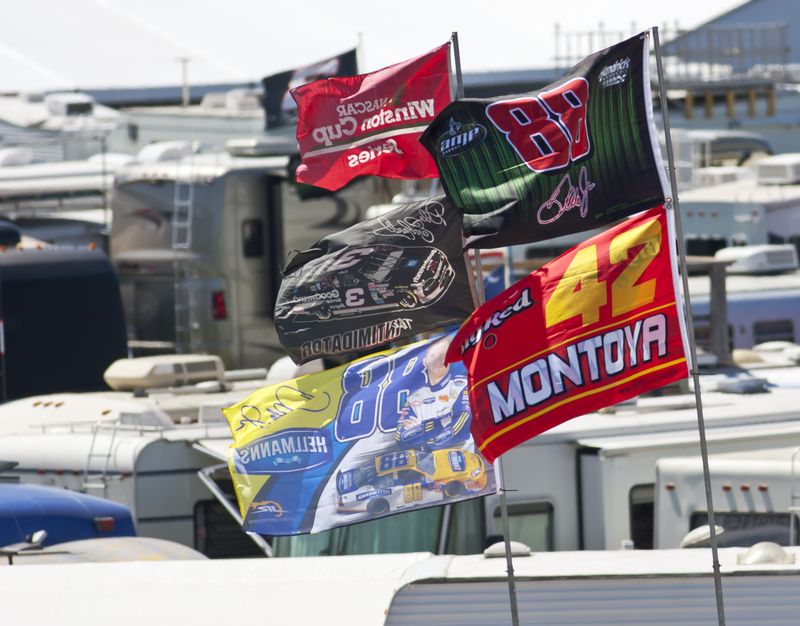 Motorsports officials have used signal flags to communicate with athletes since the beginning of organized racing. It’s essential to use flags to communicate racing stages and coarse conditions because it allows racing officials to stand back from the action so they won’t be on the track or in the way of cars. Even street racing and amateur racing levels use flags to effectively communicate the start and end of a race since they’re easily visible to all drivers. 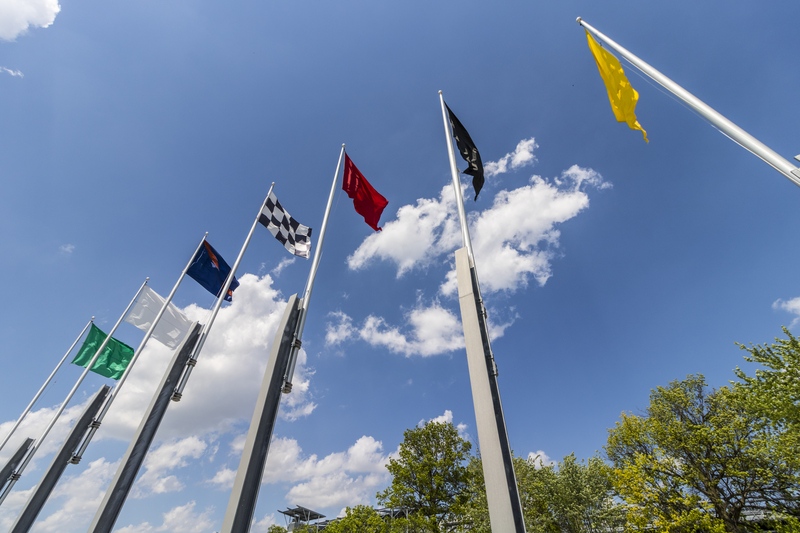 NASCAR uses a system of 15 flags and flag combinations to communicate with drivers and race teams. The person in charge of waving the flag is the flagman, a NASCAR official who sits on a platform above the start/finish line at a race track. That location isn’t easy for drivers to see, but it’s in view of pit road and racing teams, which often have spotters watching the flagman and communicating track conditions to their drivers.

Here’s a breakdown of all the NASCAR racing flags and their meanings. 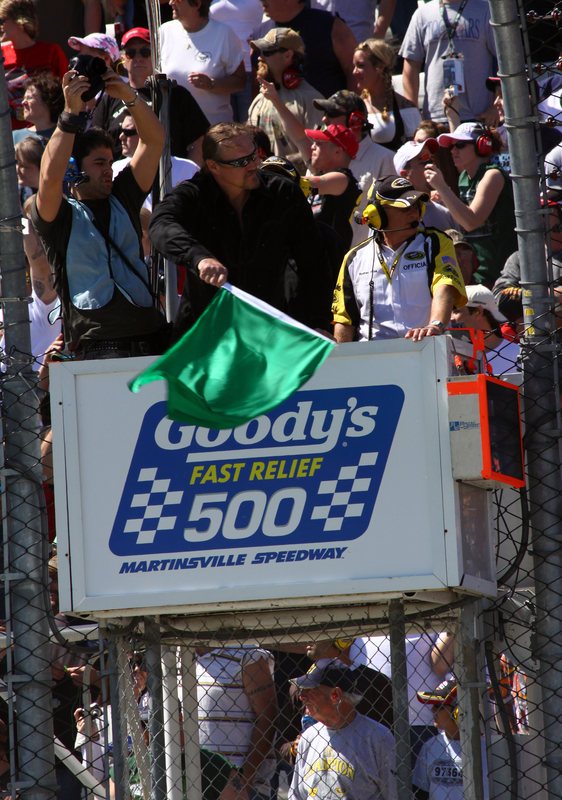 The green flag is one of the most easily understood flags during a race because green means “go.” The flagman waves the green flag at two points in a race when it starts and resumes after a caution period or restart.

Many racing fans call the yellow flag a “caution flag” because it appears when the race is under caution. This caution usually happens after a crash or racing incident that leaves debris on the field, making it dangerous to race at full speed. When the flagman waves the yellow flag, it also indicates that the pace car will enter the race track, and all vehicles must line up behind it. 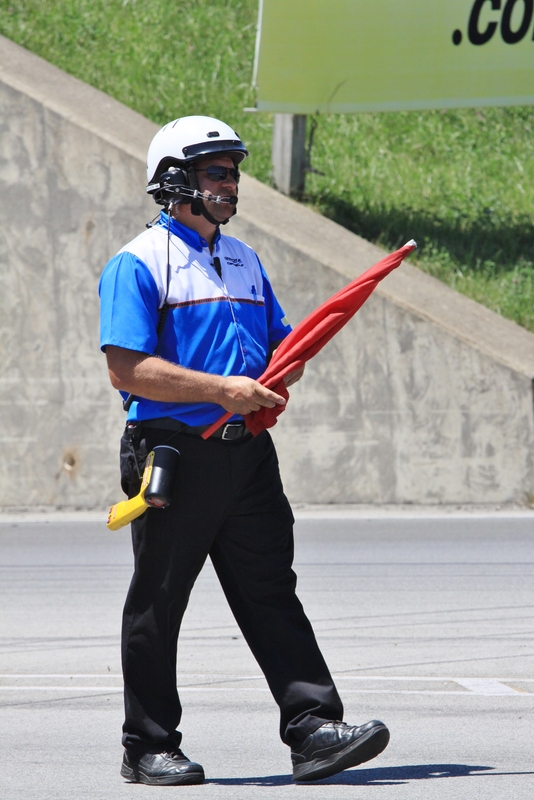 The red flag appears when race conditions are so unsafe that the race must stop. This red flag can be due to weather or a severe incident that requires track repairs. After a red flag, all racers must return to pit road until it’s safe to race again, at which point the drivers will line up for a race restart.

The black flag points out drivers who must leave the track and return to the pits to consult with NASCAR officials. It usually indicates that the driver has committed a foul or illegal move while on the track. Once the driver is in the pits, they may get a penalty or have to retire from the race entirely.

NASCAR officials only use the blue flag during races on road courses to warn drivers that there might be obstacles off the race track or speedway that they should be mindful of. These obstacles include damaged vehicle parts or a disabled race car. This flag isn’t a caution flag, as the race is still proceeding at full speed when displayed.

The official waves the white flag to tell drivers it’s the race’s final lap. That signal encourages racers to power up and race to the finish line.

Blue Flag with a Yellow Stripe

This flag informs lapped cars that the race leaders are quickly approaching and need to move over and not impede their progress.

This flag is one of the few flags not flown by the flagman. Instead, it appears at the entrance to the pit lane and lets drivers know that the pit road is closed. Officials remove the flag once the pit road reopens.

This flag indicates that a driver has been disqualified and must return to the pits to exit the race safely.

Officials wave this unique flag on road courses to inform drivers that there’s debris on the track.

This flag is used to signify the end of a race stage. There are usually three stages during a race that help the race leaders earn points for the playoffs. 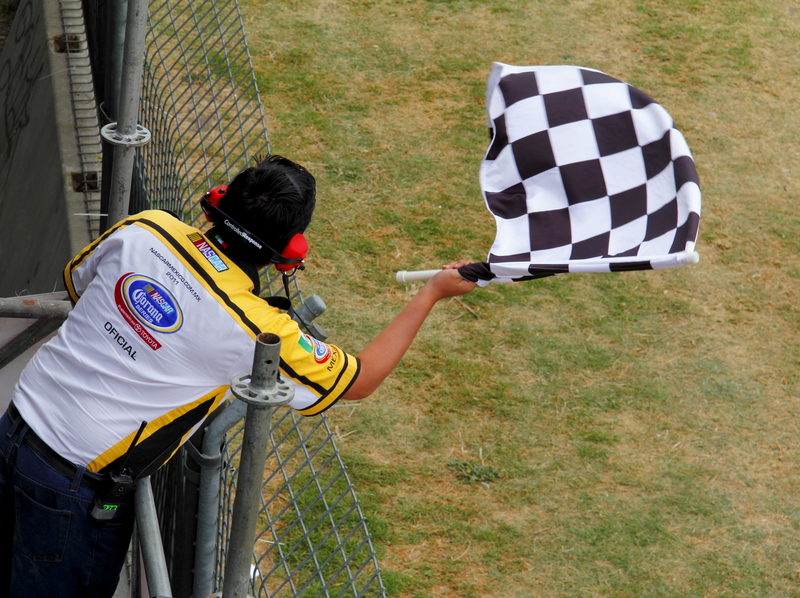 Red and Black Flag Together

When waving these two flags simultaneously, the flagman signals an end to the current practice session or qualifying session.

The flagman waves two checkered flags at the same time when the race has reached the halfway point.

This unique combination of flags only comes out during a specific racing scenario. It indicates that there has been an incident during the last two laps of a race. This incident means the race will go under caution and then resume with a two-lap shootout to the finish. When the race restarts, the flagman will wave the green flag to start the two laps, the white flag to signal the final lap, and finally, the checkered flag for the finish.

With so many intricate flags and combinations, it’s easy for a driver to misunderstand a signal, especially if they’re the target of a black flag. That’s why it’s so important for teams to have spotters that can help interpret the signs and effectively guide the driver through the course.

Conclusion: What are the Flags of NASCAR?

With so many flags that signal different conditions during a NASCAR race, it helps to have a small cheat sheet, so you know what to expect in the coming laps of a race. Luckily, announcers and team coaches can help us all understand what’s going to happen during any stage of a race. As a fan, all you have to worry about is recognizing the checkered flag and ensuring your favorite driver is the fastest car to reach it.

How Do you Become a NASCAR Driver?