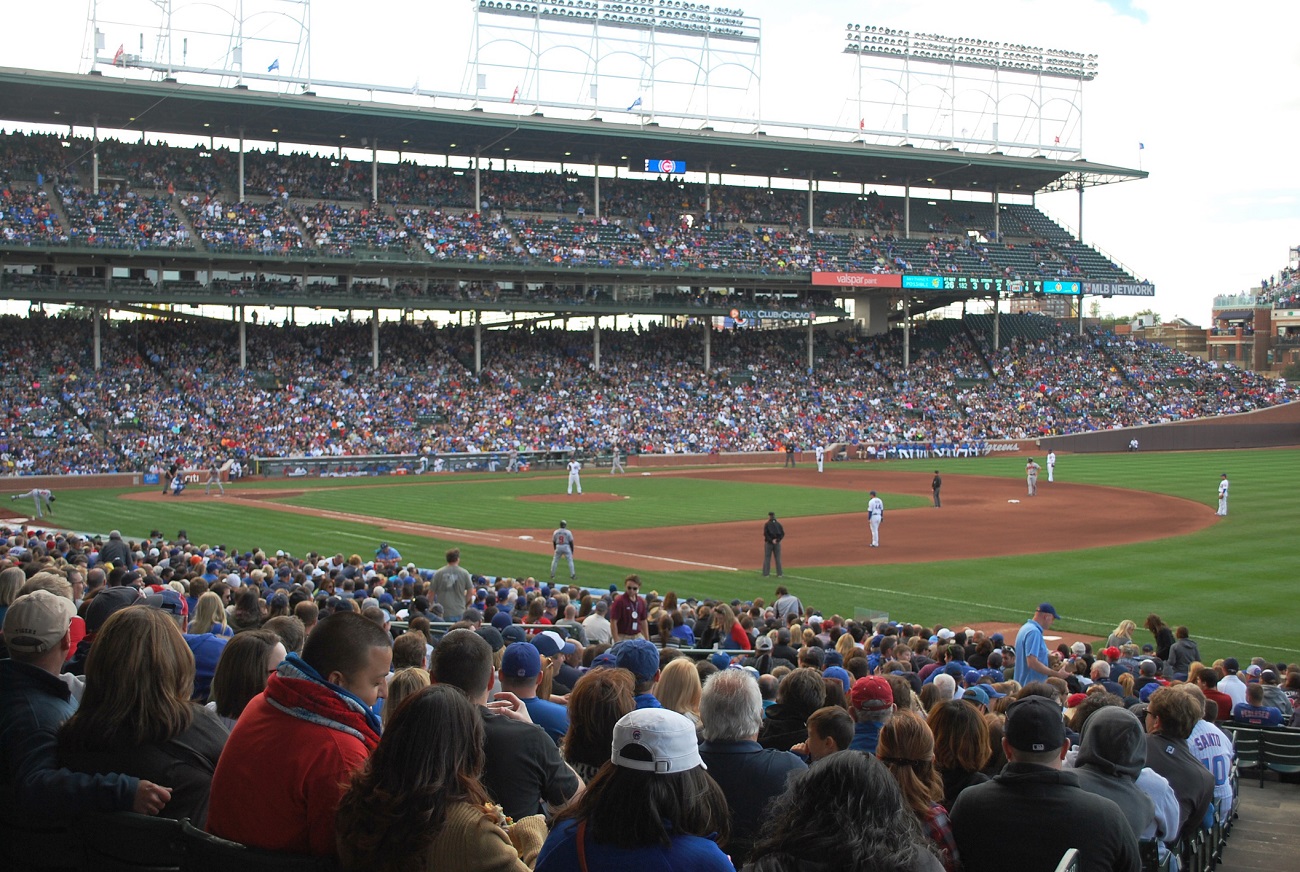 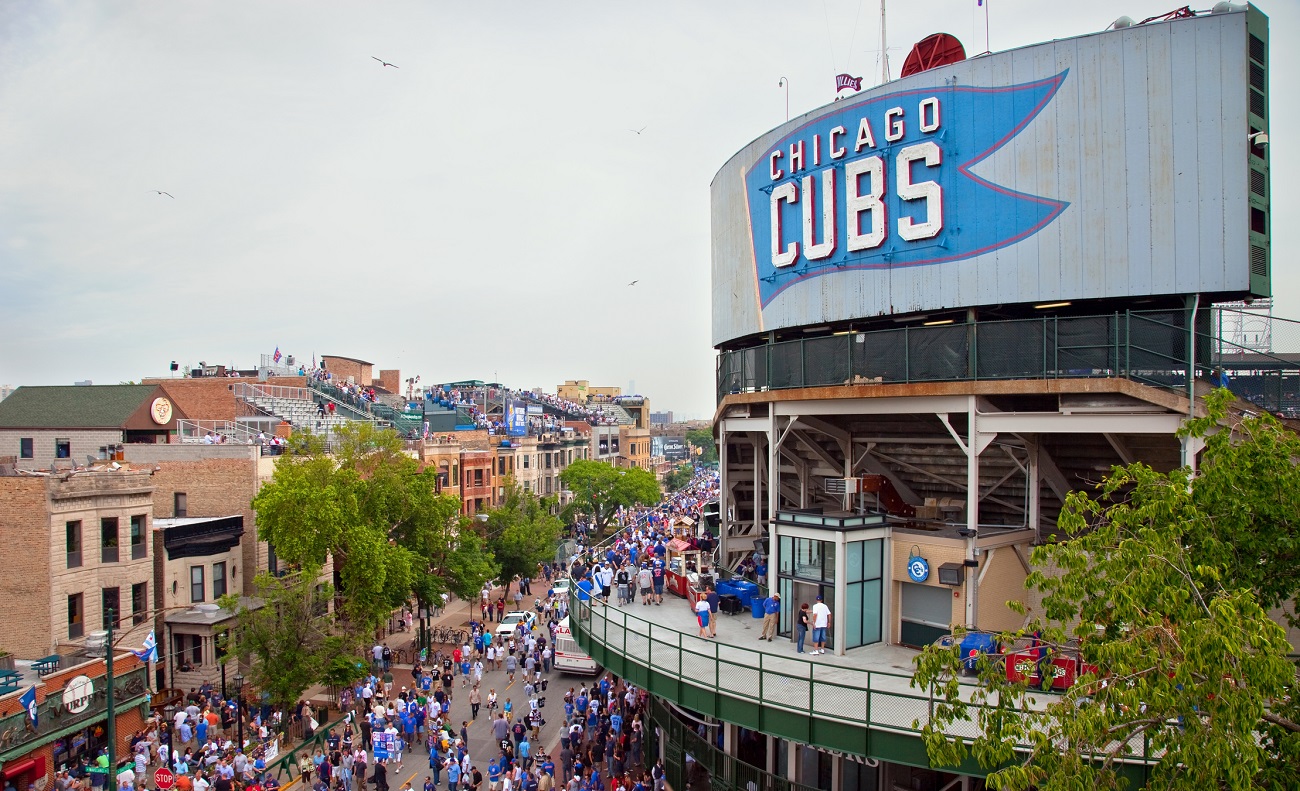 Wrigleyville has many bars that are open till 2:00 AM like Fenway Park, so the community in the area is built into the stadium. One neat thing about catching a game at Wrigley is seeing people stand behind left and right field to catch a batting practice home run. With the installation of the video screens now in the outfield, I’m not sure how many home runs leave the venue. One complaint I had with the area has to do with the extra additions to the Park. 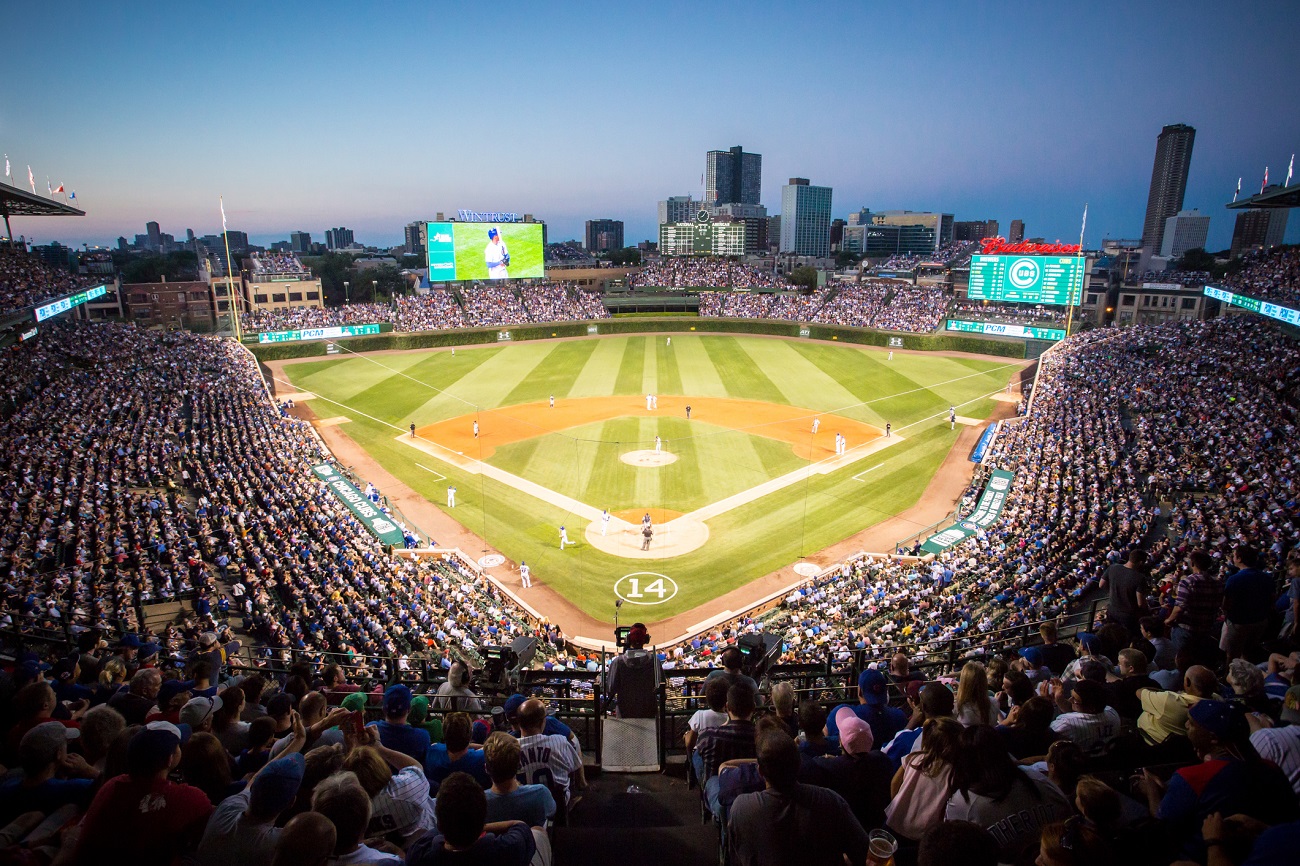 I went to Wrigley Field in 2012, so a lot of changes are now present. When I was there in 2012, I felt underwhelmed. When you check out my Red Sox Park Review, you will see what I mean. Wrigley felt very old and tired to me. Even the Old Yankee Stadium felt more up to date when it was around. Here is my review of the Old Yankee Stadium to give you an idea on what I mean. My honest thought is that the Cubs make this place famous. If any other team had Wrigley Park as their home, I don’t think it would be as special.

The ivy in the outfield was cool though. I’m also a city person, so I had a great view of Chicago out in the distance by sitting in the upper deck. One thing to be aware of is that there are poles in the lower and upper deck, so be aware when you buy you seats.

The food at the game was average. I got a hotdog and a beer which was pretty standard. My seats were in the upper deck did not have many different food options, but I’ve heard there are better options on the lower level of the venue.

Check out the Wrigley Field Food guide before your next visit! 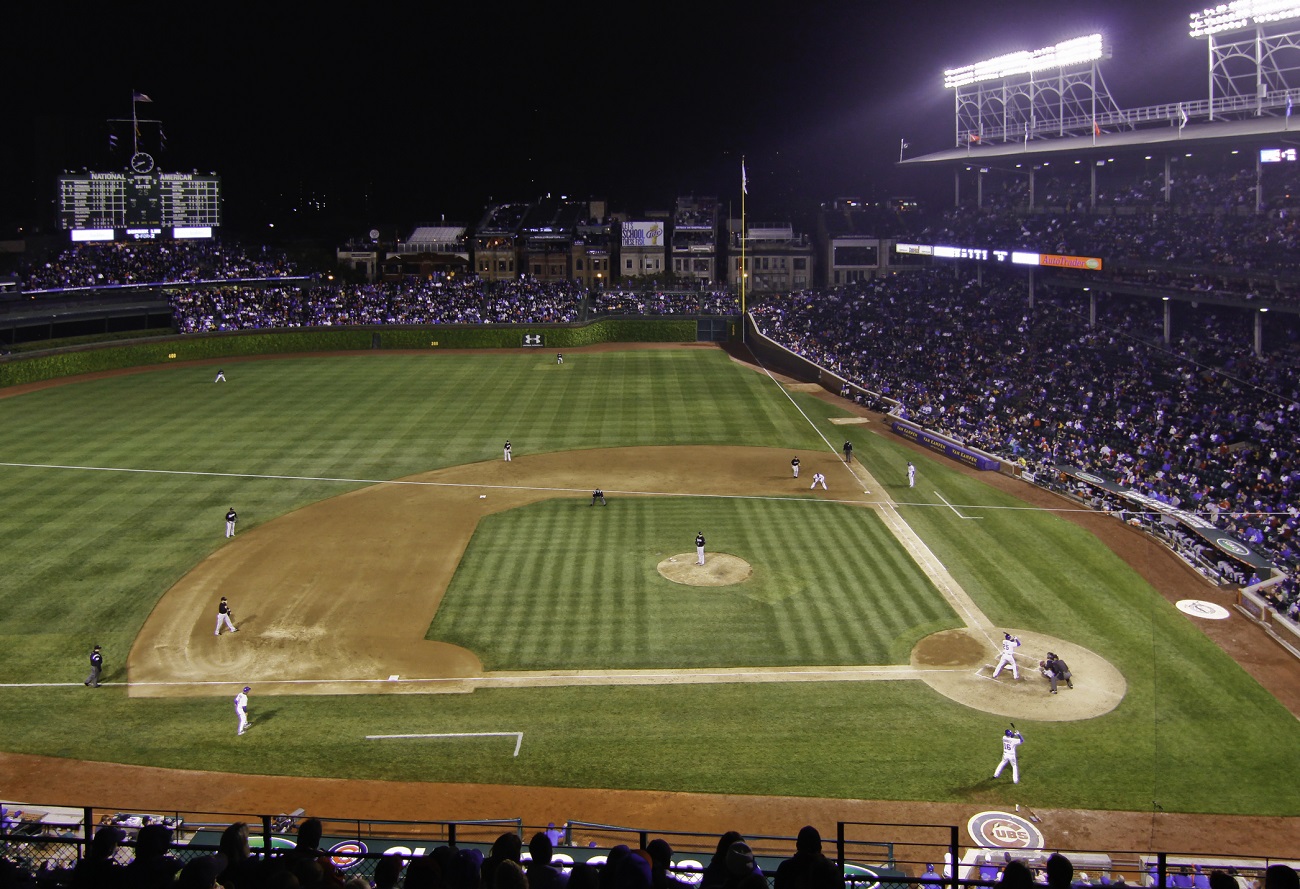 The fans sitting around my brother and I were into the game which was awesome. Cubs fans have a love/hate relationship with their team, so I was able to feel that struggle. The Cubs have won the World Series in 2016, so some of the tension is probably not there anymore. The Cubs also won the game on a walk-off homerun which I think Alfonso Soriano hit, so that was amazing. Soriano was my favorite New York Yankees player growing up, so I was happy.

Overall, I had a good time at Wrigley, but I was expecting  more. The atmosphere, getting to the game, and area around the park made up for the venue itself. The park being the second oldest mlb stadium in the game was very present too me,  but not in a good way. Hearing “Go Cubs Go” at the end of the game was pretty awesome too. Here is a video to the fans singing this song at the end of a World Series Game in 2016.