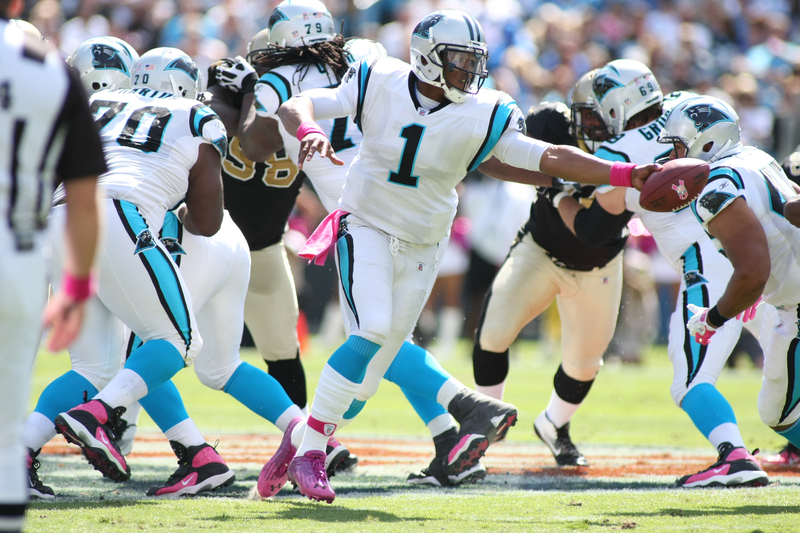 Why do certain NFL players wear tinted visors on their helmets? With football back in the swing of things, you may see more players wearing a tinted visor while playing. Here are some of the Pros and Cons on why players choose to wear this while other elect not to!

In 1998, the NFL league banned using tinted football visors in games. Unless a player was cleared for medical reasons, like to reduce migraines from the sun or lights, players could not use tinted visors. This ban was that medical trainers could not see the player’s eyes if they got injured. Taking off the player’s helmet could be risky due to a possible head or neck injury, so the league created the mandate.

Entering the 2019 NFL season, the National Football League now allows some tinted visors for players to use. One reason for bringing back tinted visors was finding a suitable partner to make them, Oakley. The second reason for the tinted visor was a way to market individual players better, which is always a goal of the NFL.

Oakley is the Official Tinted Football Visor of the NFL

Oakley and the NFL have a four-year partnership together to bring safe and stylish visors to football. The collaboration between the two allows all NFL players to wear Oakley Prizm Clear Shields during training camp, preseason, and regular-season game. These clear shields have a slight tint to them, which gives each football player greater detail of vision while playing the game. According to the vice president of NFL Partnerships and Chief Revenue Officer, Renie Anderson, 700 players used a visor in 2019.

Oakley is also creating a facemask solution to reduce the spread of coronavirus between players. Thom Mayer, the NFL Players Association medical doctor, began looking at face shields to protect players from each other. Before the start of the 2020 NFL season, Thom Mayer and Oakley began designing NFL helmets to have a clear plastic that allows breathability, but also protection from droplets from other players.

Any player who would like to wear a heavily tinted visor must have medical clearance from their doctor and the league. All players wearing a clear visor do not need any clearance from any medical professional.

Some football players choose to put a visor of clear plastic to prevent an eye injury. Ways players damage their eyes are from getting kicked or poked in the eye when colliding into other players on the field. Payers can accumulate dirt and grass into their eyes when falling to the ground, so this visor prevents that.

With the visor attached to the helmet, a defenseman can’t grab your facemask. Having this layer of protection gives running backs, quarterbacks, and wide receivers more safety when holding on to the ball from an offensive side. The visor does not allow any opening for a defenseman to grab unto, so it makes brining you down even more challenging.

Wearing a visor can make you look more intimidating on the field. Depending on the tint color, your eyes may be difficult to pick up from your opponent. As your opponent stares into you before a play and can’t see your eyes, they may feel like they are going up against something bigger than themselves.

A way football players can make themselves stand out on the field is by wearing a visor. Not all players in the National Football League wear a visor, so you already stand out from the norm. Adding a dark or tinted visor can boost your confidence since you feel good about yourself on the field.

While there are plenty of reasons to wear a visor, there are some downsides to this face shield. One issue is that a player’s field of view becomes significantly reduced. The brand Oakley does not give you any distorted picture due to the material’s 3D design shape. Other brands like Nike provide a 2D shape view, which can distort your view while on the field.

When playing with a visor, you can expect the protective material to get scratches. Scratches on a helmet visor can occur in many ways, but playing with a scratch (or scratches) can become distracting. Most of the time, you should carry an extra visor just if your current one becomes too damaged when playing football. Most NFL players can go through a visor a game, but players on a budget like in High School or College will have to learn how to play with scratched up visors.

When playing football during a snow or rain game, your visor becomes a liability. Imagine driving your car through a rainstorm without using your windshield wipers. It would be challenging to make out everything clearly, which is the same with football visors. Even wiping down the visor on the sideline won’t do much to give you a clear view.

In addition to playing football in the rain and snow, you also have to be aware of fogging up your visor’s inside. For example, playing in a colder weather game can create fog inside your visor when you breathe in and out. Having condensation inside your visor can make it extremely difficult to see and create safety issues.

With Oakley as the official visor partner of the NFL, you can expect to see more players use a visor during games in the coming years. The primary reason players wear a football helmet visor is for protection, but there are additional perks to the visor. While there are some downsides to wearing it in a game, Oakley continues to redefine the visor each season to reduce those issues that some players have with the material.

Why do Football Players Wear Towels?