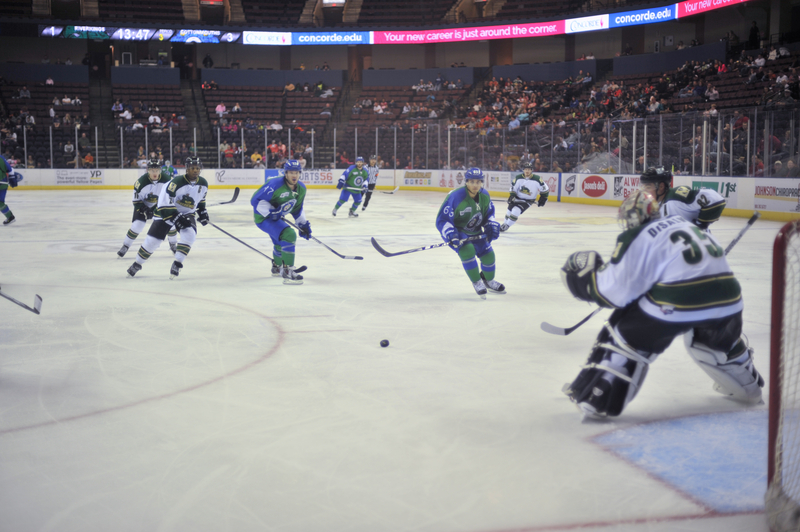 Several sports leagues for younger players can dramatically increase a player’s chance of being recognized by professional teams. Some examples of these leagues are the Quebec Major Junior Hockey League, the Western Hockey League (WHL), and the Ontario Hockey League (OHL).

What is the Difference Between the AHL and NHL? 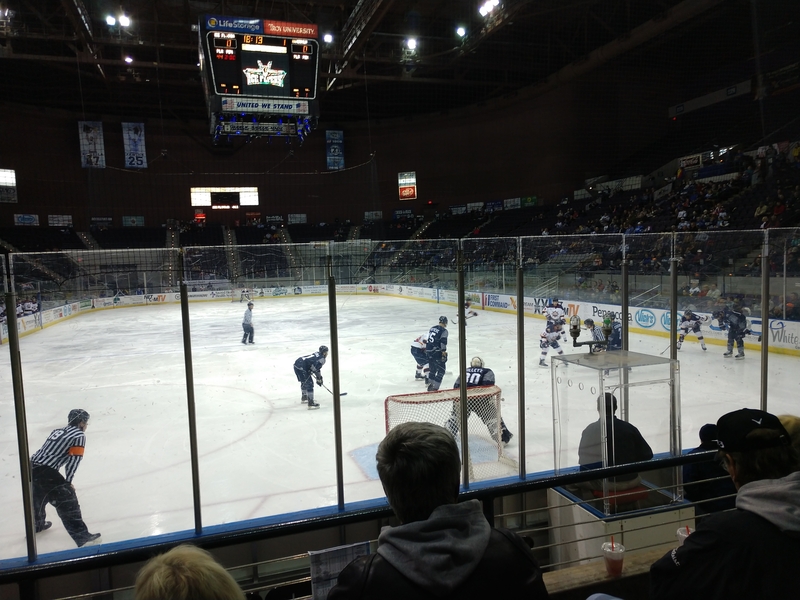 The AHL contains 32 ice hockey teams, all of which are in various cities around North America. While each league (AHL and NHL) has three periods of play, fans will notice differences between both leagues when watching games. The main differences between the minors and majors are the speed of play on the ice, the skillset of players, the fan attendance at the arenas, and the pay gap between the levels.

Since AHL teams are all affiliates of an NHL team, this means that AHL teams have no say in trading or adding players. Instead, the affiliated NHL club has the luxury of deciding which players will be team members on an AHL team.

How Do Players Join the AHL? 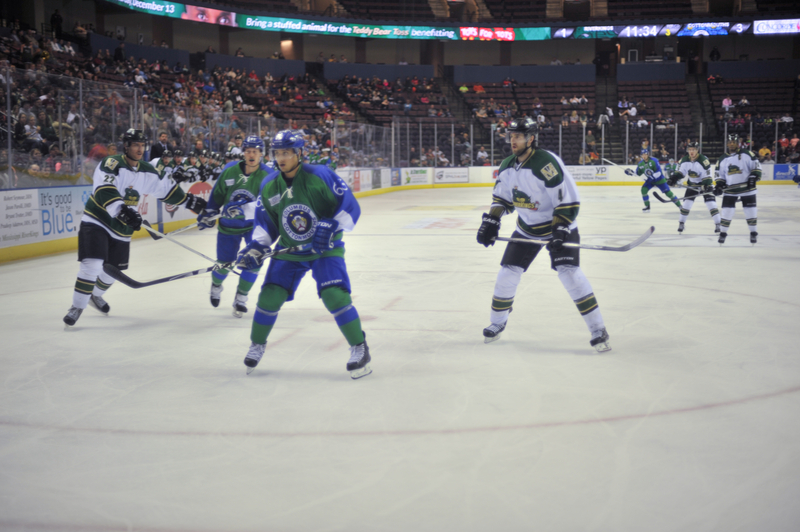 Since all 32 American Hockey League teams have an affiliation agreement with one NHL team, the AHL is basically a development league. Almost all AHL players have signed an NHL contract after they were chosen during the NHL Entry Draft. However, sometimes players have the luxury of signing onto an AHL team as a free agent.

There are also tryouts for various AHL teams, camps, and other playing opportunities. If your dream is to play for an AHL team, check the websites of individual teams for further information on open tryouts.

Can NHL Teams Call up AHL Players During the Season? 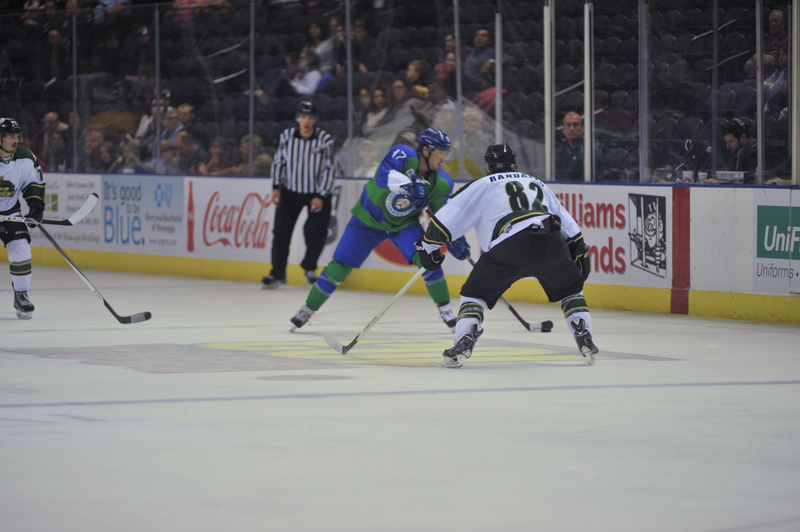 In most cases, an NHL team can call up players from their affiliated AHL team, but this is not always the case. One of the most critical aspects of how players are handled between the two leagues is the individual player’s contract.

There are two different contracts that the NHL uses to handle players between the two leagues. A One-Way NHL Contract means that the hockey player will receive the same pay regardless of the league they play for. If the player is on loan to the AHL, the NHL will still be responsible for the player’s salary.

A Two-Way NHL Contract means the player will receive a higher payment while playing for the NHL. If that player gets traded down to the AHL, they can also expect his salary to drop. Additionally, there are AHL Contracts where a player will only be able to play for the AHL team they have signed with.

Do AHL Teams Play in the Same City or State as their NHL Team? 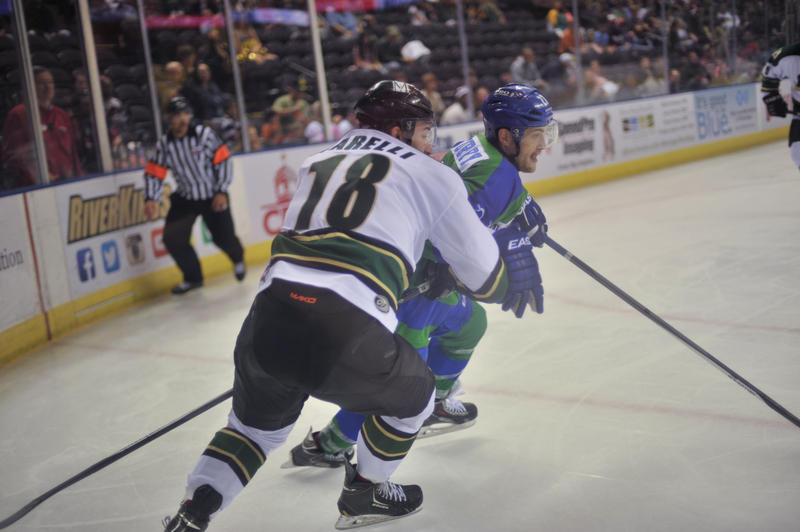 There are some cases where AHL teams play in the same city or state as their affiliated NHL team, but that is not always the case. For instance, the Bridgeport Islanders is an AHL team affiliated with the New York Islanders. Though both teams share the same name, they play in two states: the AHL team plays in Connecticut, and the NHL team plays in New York.

The Minnesota Wild and the Iowa Wild have a similar setup. The NHL team is from Minnesota, while the AHL team plays in Iowa. Sometimes, an NHL team plays in a different country than its affiliate AHL team. For instance, the Calgary Flames is a favorite NHL team amongst Canadians. Their affiliate team is the Stockton Heat, which plays out of Stockton, California.

Though most NHL teams play in a different city, state, or even a different country than their affiliate AHL team, there are some cases when both teams play out of the same city. For example, the San Jose Sharks and the San Jose Barracuda offer local entertainment to hockey fans in San Jose, California. The same is true for the Toronto Maple Leafs and the Toronto Marlies.

What is the Pay Difference Between AHL and NHL Players? 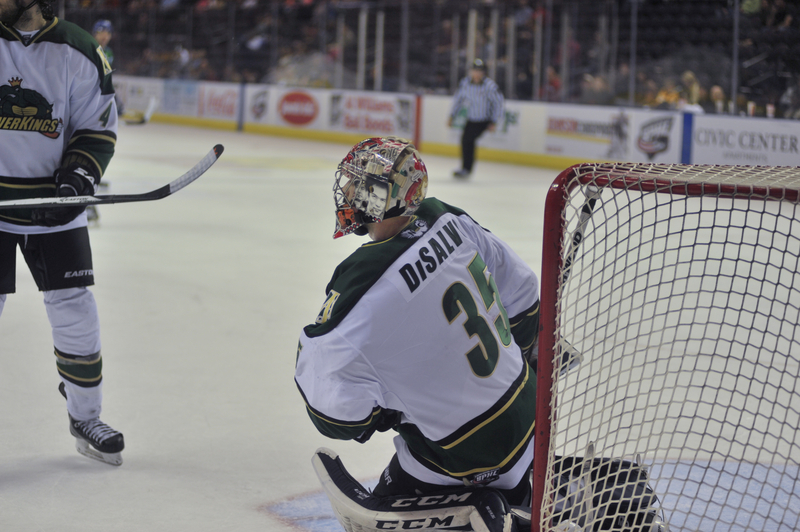 The average salary for an American Hockey League player is $50,850. This amount varies depending on where they play, what NHL team their affiliate is, their skill level, their position, and how long they have played professional hockey.

Meanwhile, the average salary for a National Hockey League player is more than $3 million. The highest-paid player is Tyler Seguin, earning around $13 million. The league salary minimum is $750,000 in 2022.

Remember that the NHL is the highest hockey level played in the North American hockey community. Some factors that lead this league to be at the highest level include faster gameplay, superior athletes’ skills, better coaches, and more.

Conclusion: What is Minor League Hockey?

In conclusion, minor league hockey consists of the American Hockey League and the East Coast Hockey League. The minor league acts as a place where players can train and develop their skills with the hope of one day moving up to the NHL.

Along with the pace of play and skillset of players, another major difference between the two leagues is the pay. The NHL pays its players much more than the AHL does. That is why players who are part of minor league hockey work so hard to test their skillset with the best in the NHL and receive a nice pay increase.

There are 32 AHL teams, each affiliated with its own NHL team. While some affiliate teams play in the same area as their NHL team, others play in different states. Also, while rare, some minor league teams play in a different country from their NHL parent team.