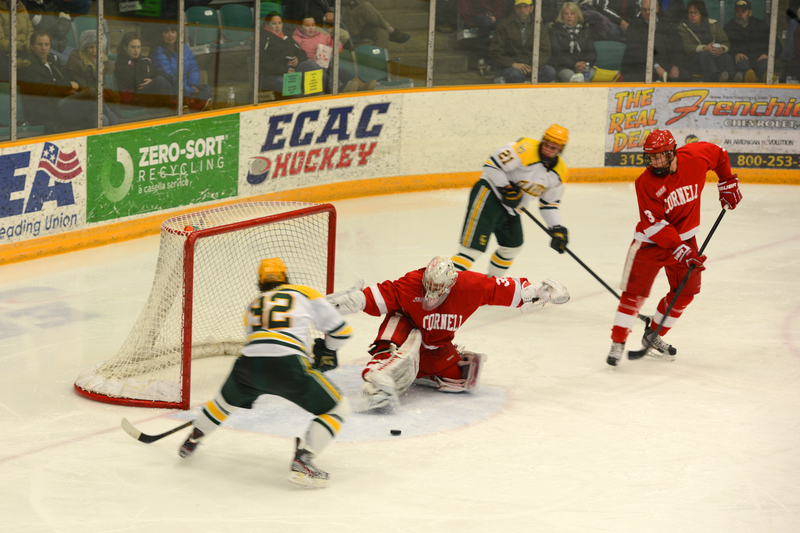 The frozen four is the hockey equivalent of basketball’s final four. It occurs yearly during the annual NCAA Division I ice hockey tournament. Making it to and winning in the frozen four is among the most prestigious accolades in all college hockey.

Here is the complete guide to the frozen four tournament structure in hockey.

What is the History of the Frozen Four NCAA Tournament? 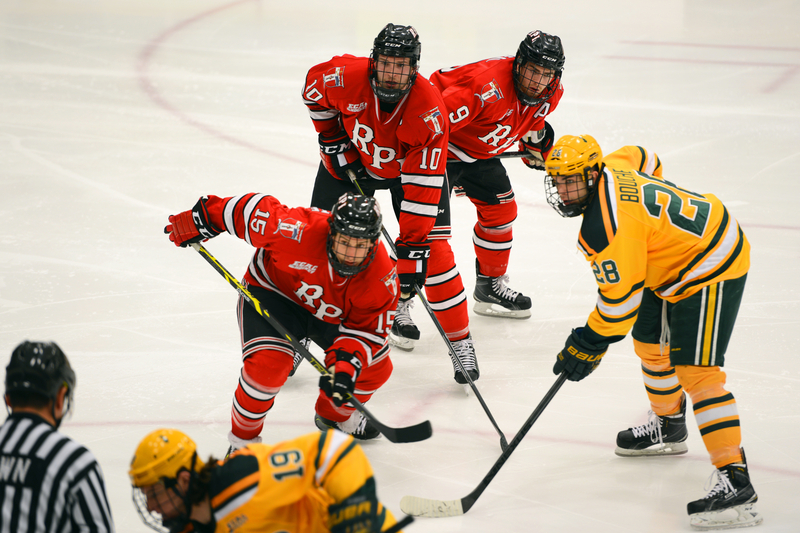 The first-ever NCAA Division I hockey tournament took place in 1948. The finals featured Michigan playing against Dartmouth, with Michigan taking home the first-ever championship. Originally the title was just known as the men’s ice hockey championship. The tournament was rebranded as the frozen four in 1999.

How Does the Men’s Frozen Four in College Hockey Work?

The NCAA men’s ice hockey tournament begins with 16 teams starting in a bracket tournament. The 16 teams consist of 6 conference champions and the next ten best teams as determined by the NCAA Division I ice hockey committee. Each team will receive a seeding of 1 through 4 and a different regional location. The tournament is single elimination, with the winner moving forward.

The frozen four is the tournament’s semi-final consisting of the regional final winner from each tournament bracket. Winners from each region will play one of the other regional winners in a single elimination game to see which hockey team will advance to the national championship game.

Why is it Called the Frozen Four?

Where Do the Games Take Place? 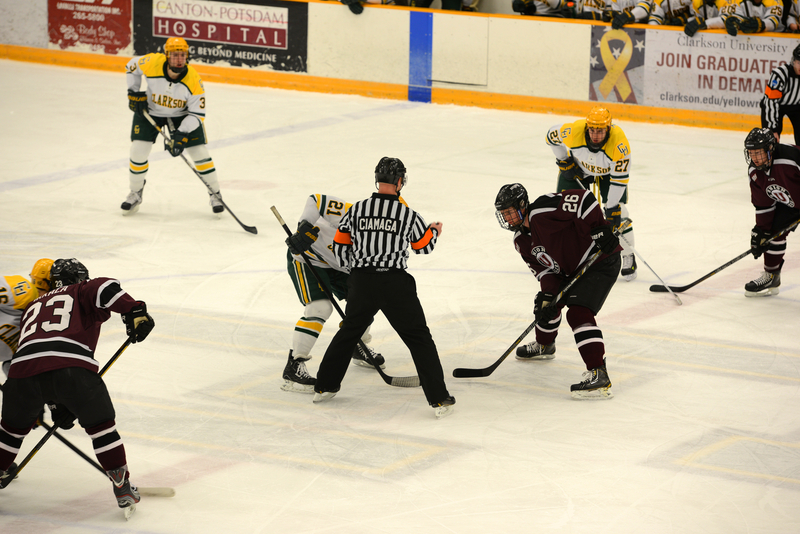 Initially, the first 10 Division I championship tournament frozen fours occurred in Colorado Springs, Colorado. Since then, the tournament has begun to move to new locations nearly every year.

Following the regional round of the tournament, the final winner from each region moves on to the frozen four. Each year the location of the frozen four changes. Last year the frozen four took place in Pittsburgh, Pennsylvania. Several sites, such as Minnesota, New York, and Denver, have hosted multiple frozen fours. In 2022, the frozen four will be at the TD Garden in Boston, Massachusetts.

Who Has Won the Most Frozen Four Victories? 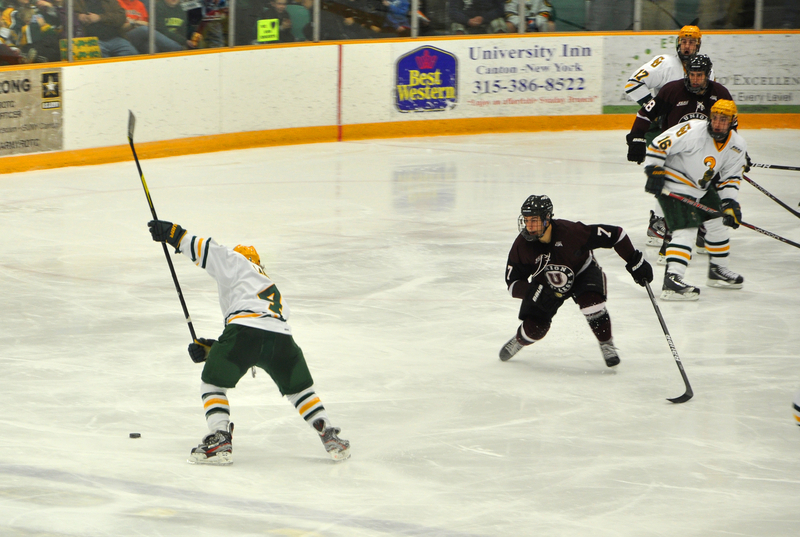 Midwestern and northeastern programs have primarily dominated the frozen four. When the tournament began in 1948, coach Vic Heyliger of the Michigan Wolverines made it to nine straight championship games. Out of those nine appearances, Michigan won six of those championships.

As of the start of 2023, the leaderboard for most frozen four victories by schools is as follows:

Like the men’s frozen four tournament, there is also one for women’s hockey. One difference between women’s and men’s frozen four is that there is no division 2 hockey league for women, so the schools only select teams from divisions 1 and 3. However, besides that difference, the structure works the same as the men’s tournament, where the bracket is a single elimination style.

Also, the women’s frozen four first began in 2001. The winner of that match was Minnesota- Duluth. While this tournament is newer than men’s, the format and structure are the same.

Conclusion: What is the Frozen Four in Hockey?

In summary, the frozen four is the ice hockey equivalent of college basketball’s final four in the March Madness tournament. The ‘frozen four’ name was put in place in 1999 as an ice-related play on words of march madness’ final four. Before the name change, the tournament was known as the NCAA Division I men’s ice hockey championship.

The first ten championships were all held in Colorado Springs, Colorado. Since then, the tournament has changed location nearly every single year. The tournament begins with 16 teams separated into four regional groupings; midwest, northeast, east, and west. The tournament works as a single elimination style until there is one winner at the end, which is the same format as the college March Madness bracket.

Since the tournament began in 1948, midwestern and northeastern schools, have won most of the championships. However, there was one year where no team won, which took place in 2020 due to the pandemic. That was the only year that the tournament did not have a winner since it began.