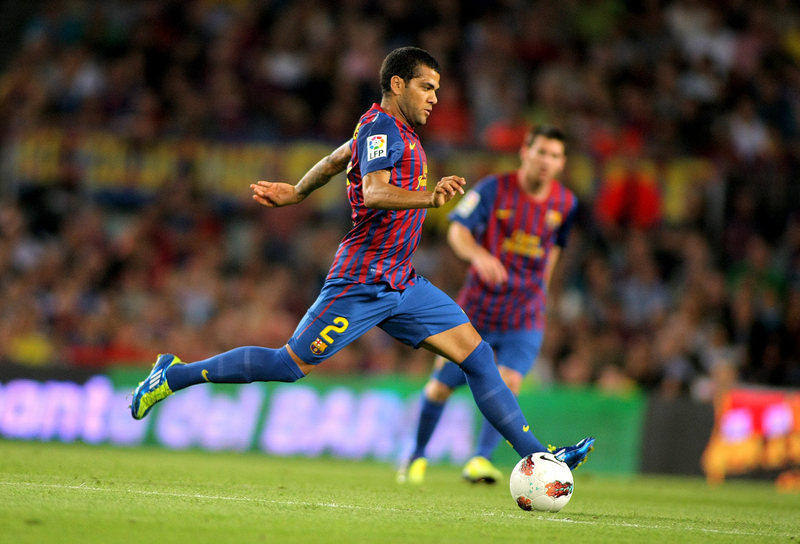 In association football (soccer), a team can choose to sell a player to another team in a transfer process. This process involves a player ending their contract with one team and signing a new one with another club. It is similar, although not identical, to what American sports fans would recognize as a trade. However, some key differences between these two procedures play into understanding how the business side of professional football works.

So, what is a transfer exactly in association football? How is a transfer different from a traditional trade? What are the transfer rules between different soccer leagues? What are player loans, and what are some of the most expensive transfers?

Here’s everything you need to know about transfers in soccer.

What is a Transfer in Association Football? 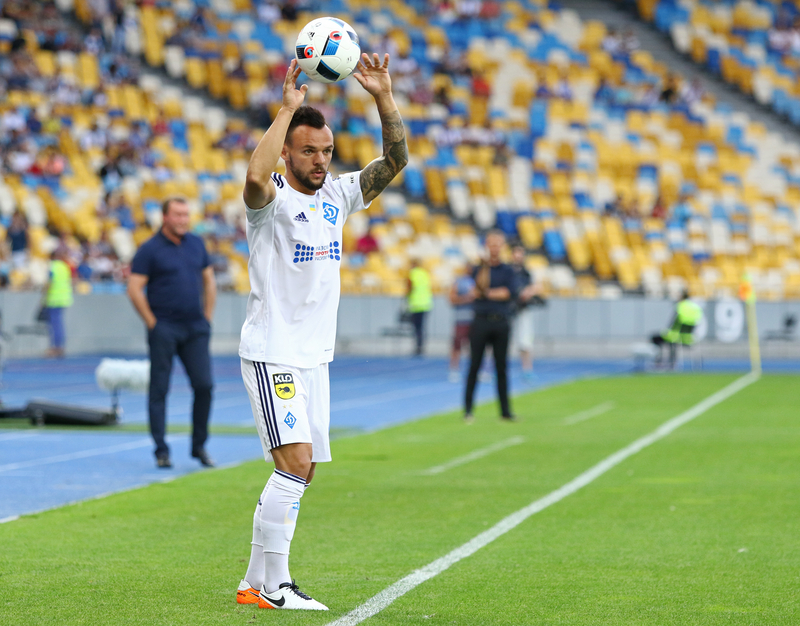 If a player wants to move to another club or a soccer team is looking to offload a costly contract, they may choose to transfer that player. Transfers in soccer allow teams to essentially move a player’s rights from their ownership to another team. When the transfer goes through, the player’s contract ends with their original team, allowing them to negotiate and sign a contract with their new club. Players can always refuse a transfer if it’s something they don’t want to do because no one can force them to sign a contract with the buying club. That gives players incredible power during the transfer process.

Each soccer governing body under FIFA has different rules for how clubs must complete their player transfers. Generally, they must be completed during the summer transfer window, usually in July and August. Teams receiving a new player tend to pay a transfer fee to the group selling the player, which generally goes to the football club and the governing body in a predetermined split.

Do Soccer Players Get any Part of the Transfer Fee?

Players don’t get any part of the transfer fee, though their value is often reflected in their new contract.

What is a Free Transfer? 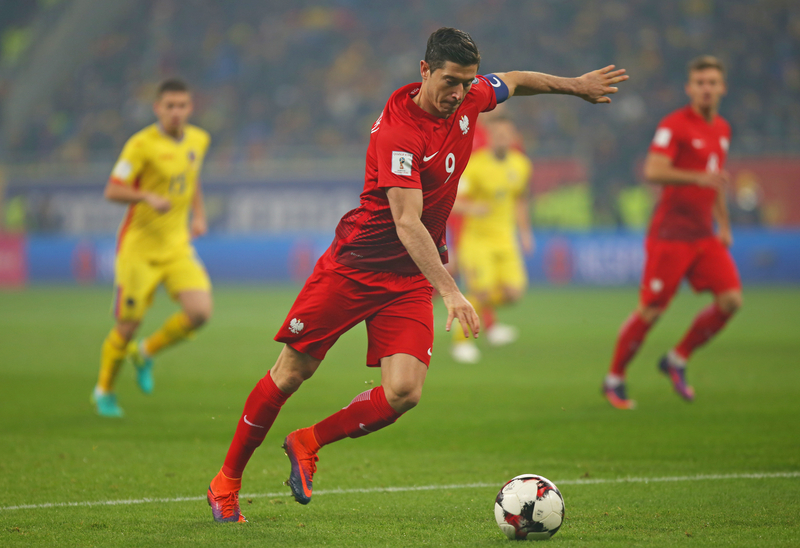 If a selling team doesn’t want to negotiate a player’s transfer fee and wants to release them without compensation, they can do so in a free transfer. This free transfer allows selling clubs to transfer players without asking for any payment or nominal compensation.

Teams can also sign players as free transfers after their contract runs up, as they would a free agent (though free agents can be signed outside the transfer window.) Free transfers became possible in professional football after the Bosman Ruling, which was made after Jean-Marc Bosman, a Belgian player, attempted to change teams after his contract expired but was not released by his previous team.

How is an Association Football Transfer Different from a Trade? 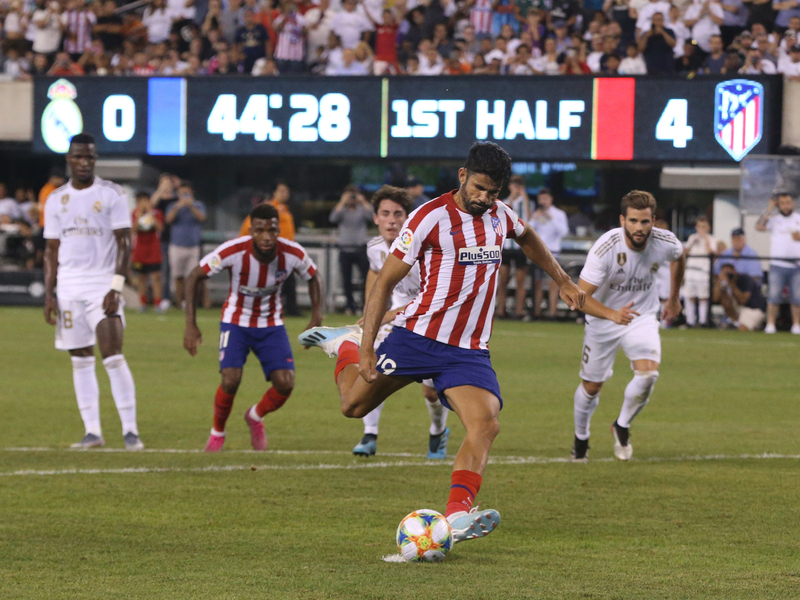 Most sports fans in the US are familiar with trades between teams. It might seem like trades and transfers are the same thing. However, there are some key differences.

In trades between teams in a league like the NBA, there’s usually an exchange of assets, either players or draft picks. In a transfer, only one player usually moves from one team to another. Teams can participate in concurrent transfers, lowering the transfer fee cost, but this still doesn’t qualify as a trade. The most important part of a trade is that the new team retains the player’s contract as negotiated when a player moves between teams.

In transfers, a player’s initial contract ends, and they negotiate a new one with their new team.

What are the Transfer Rules for Each Soccer League? 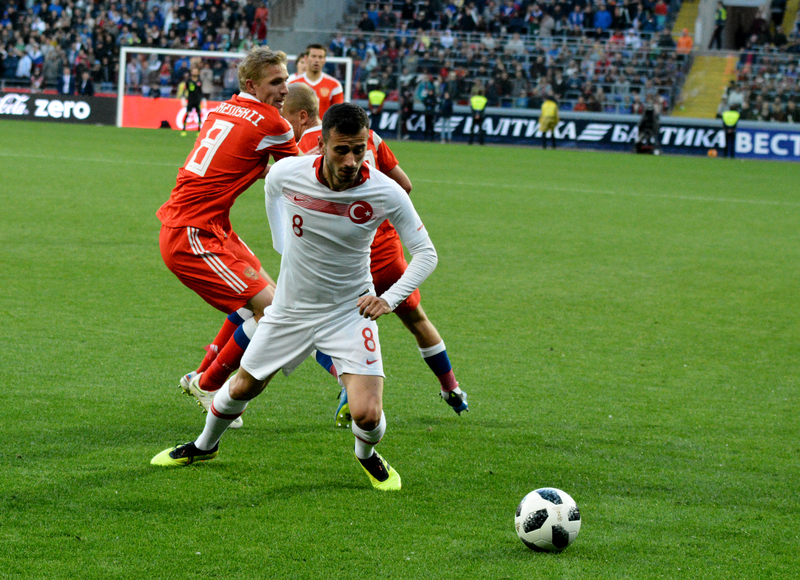 Most soccer leagues have similar rules for transfers. However, there are often some differences between each league that makes their transfer process unique. Here are some of the rules for the most well-known soccer leagues. 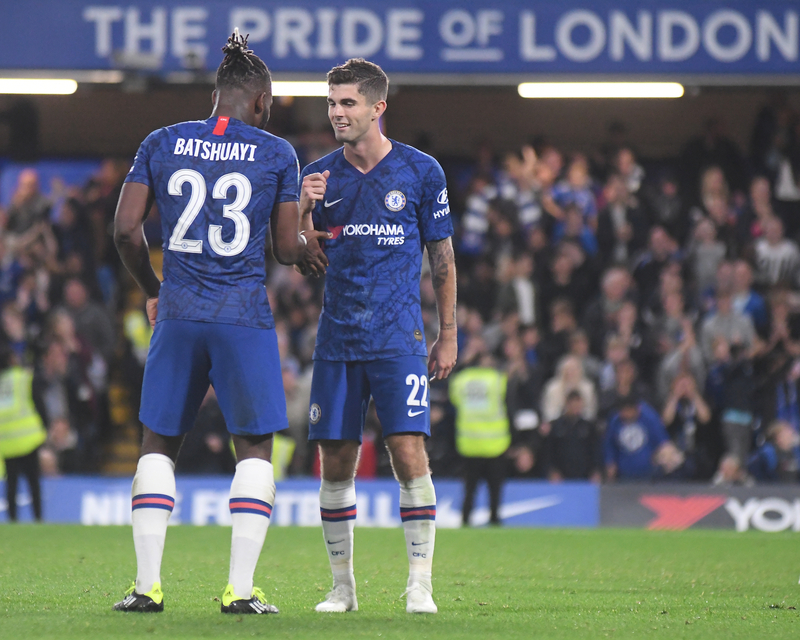 The Premier League has a relatively robust transfer window that’s almost two months long, between July and September. That window gives teams time to secure new talent for their clubs. Transfers are submitted throughout the FIFA Transfer Matching System, which is designed to expedite international transfers.

A unique part of the Premier League’s transfer process is that international players must get a work permit before playing in England. That process can extend the time needed to make the transfer, but the UK government has a dedicated panel to help expedite the process. 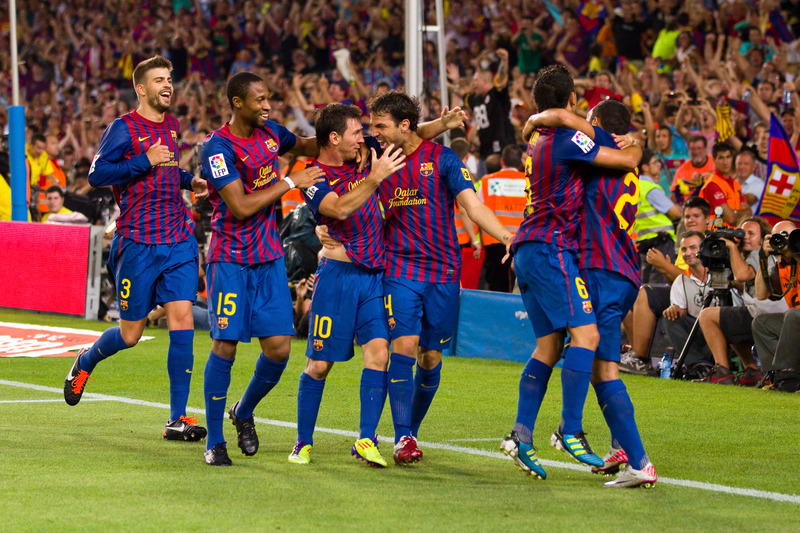 The first difference in the transfer processes between the English Premier League and Spain’s La Liga is that La Liga uses its dedicated LaLiga Manager as its transfer software of choice. La Liga Manager is an intermediary that includes transfer rule sets for both FIFA and UEFA, which makes it easy for international transfers across Europe.

La Liga clubs also have to make sure their transfers abide by a process called Control Económico, which ensures that each team in the league is financially stable. Control Económico helps prevent teams from carrying too much money in salaries, maintaining fair competition between teams. 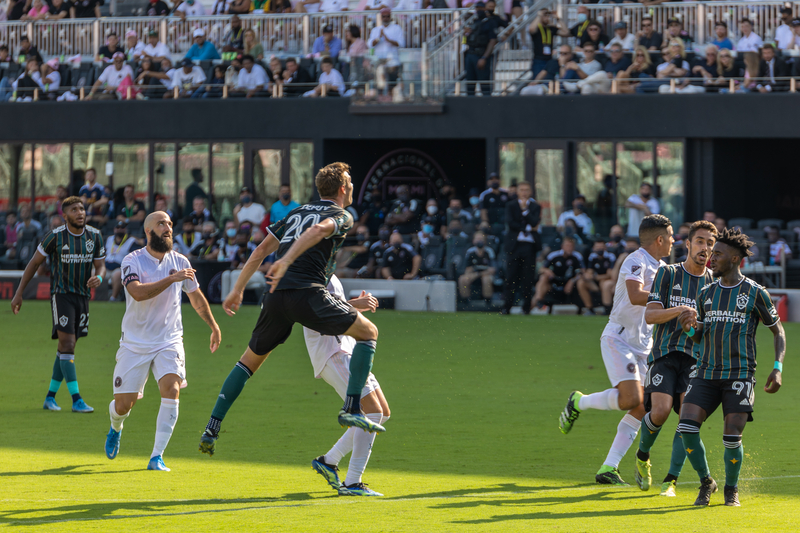 Of all the major association football leagues, Major League Soccer’s transfer rules are some of the most complex to understand. That’s because the MLS consistently works to increase the reputation of US-developed soccer talent in the transfer market. The MLS also has two different transfer windows, one in the early spring and one in the late summer, following many other sports transfer windows.

To start, all MLS teams have a designated salary budget, or salary cap, that they have to work with when signing players. Next, only a certain amount of international roster spots are shared between all 28 clubs. A club looking to purchase an international player must first have an international roster spot available for that player. Finally, the MLS changed the transfer fee for clubs looking to sell US-developed talent to international teams. MLS leaders put this rule in place to try to make the MLS a net exporter of talent and increase the league’s reputation on the national stage.

What is Player Loans? 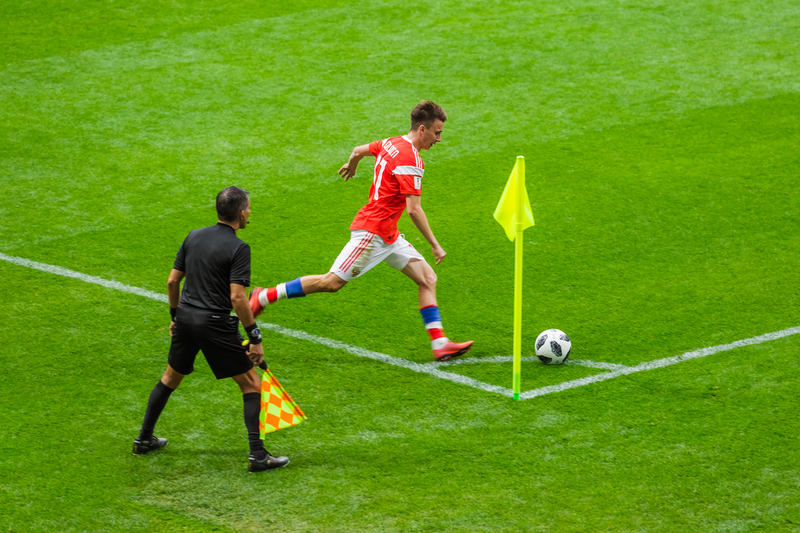 Player loans allow a team to send players to play for another team while retaining their contracts and rights. This loan is often beneficial for teams investing in talent or developing stars, so they don’t have to worry about losing those prospects. During a loan, the team acquiring the player may pay a loan fee to the original team for the right to use that player. Clubs with the player on loan usually also pay that player’s salary while employing them, which can help with the burden of an expensive player contract.

What are the Most Expensive Transfers in Soccer History? 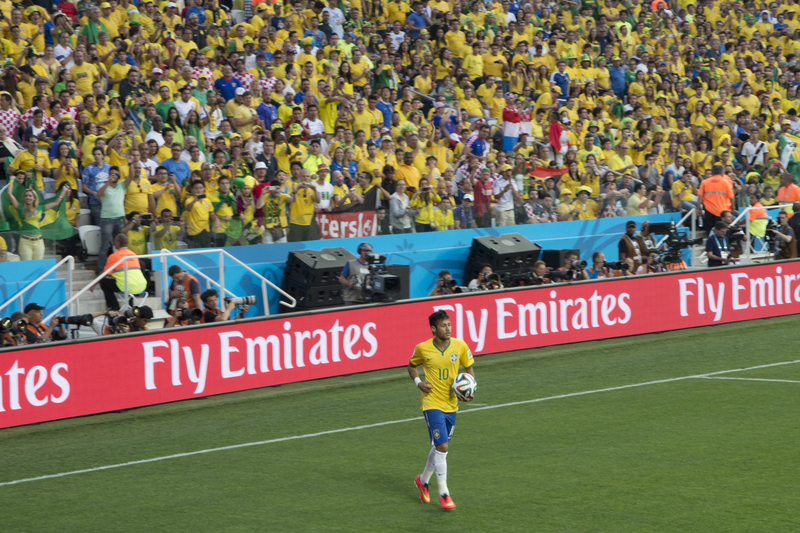 These days, it’s not unusual to hear soccer transfers costing clubs a large amount of money. While the first transfer in the history of association football was only 100£, transfer fees these days are much more impressive. The most expensive transfer fee in history happened in 2017 for Barcelona star Neymar, which cost Paris Saint-Germain (PSG) €222 million. A year later, PSG paid Monaco €180 million for Kylian Mbappé.

Forwards tend to get larger transfer fees than other positions since they’re often the face of an organization. For example, Juventus paid €100 million to Real Madrid for striker Cristiano Ronaldo in 2018.

Meanwhile, the most expensive goalkeeper, Kepa Arrizabalaga, fetched €80 million in his transfer to Chelsea from Athletic Bilbao in 2018.

Conclusion: How Do Transfers Work in Soccer?

When a soccer team wants to acquire new talent for their club, they’ll often see if they can buy a player for another club in a transfer process. Transfers are a routine process in soccer and always occur during the transfer window, generally in the late summer months. That period is often one of the most exciting parts of the year for soccer fans, as they eagerly wait to see what new talent their club picked up.

Transfers may seem similar to player trades, but they require the player to terminate their old contract and sign a new one with their new club. The transfer process can be complicated between different association football associations and governing bodies, but agents and players usually get through it smoothly. That means there’s nothing for fans to worry about except exciting football at the end of the summer.