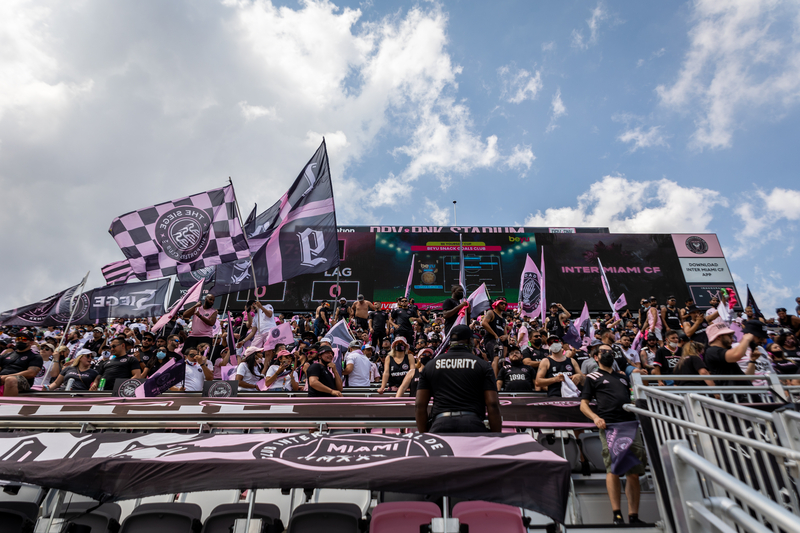 When watching a soccer game (EPL, La Liga, Bundesliga MLS, etc.), you will see a section behind one of the goals on the pitch with more rowdy home fans than anywhere else in the venue. These rowdy fans tend to be waving flags, chanting, jumping around, making noise with trumpets, and more during a home match to support their team. You might even see a section within a home arena with visiting fans doing the same thing, but they tend not to be close to the field. These are not a random set of fans who are doing this. These are the official supporter groups of their squad.

So, what is the history of supporter groups in association football? What are soccer supporters and their role on game day? Why do these fans march into the soccer pitch, holding up scarves and chanting songs? What is a supporters section at a home game, and do these fans travel during away matches?

Here is the complete breakdown of supporters groups in soccer. 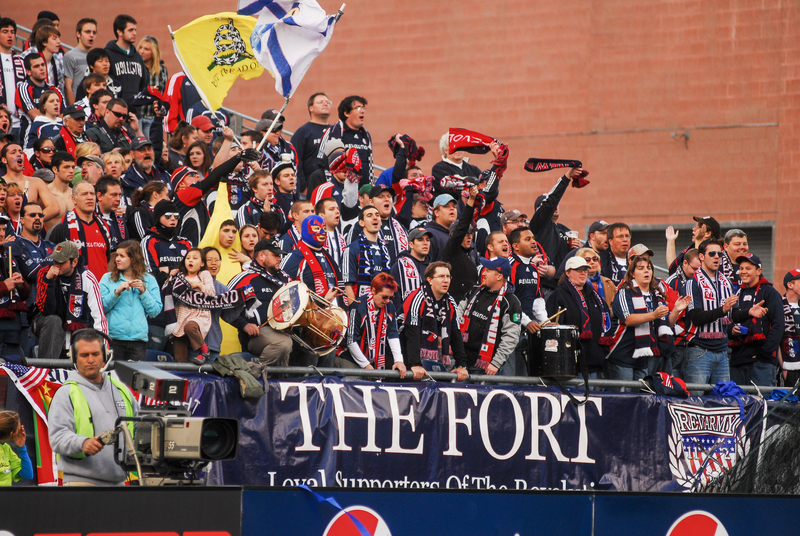 While some publications credit Brazil as having the first supporters, Ultras in 1951 in Europe began to gain popularity through many clubs during this time. These fans would cheer, bring scarves, chant, and have fireworks displays to support their club during games. As other fans going to away games saw these passionate home fans, they would bring that same energy and idea to their club, which helped grow the supporter’s culture worldwide to what it is today.

What is a Soccer Supporter? 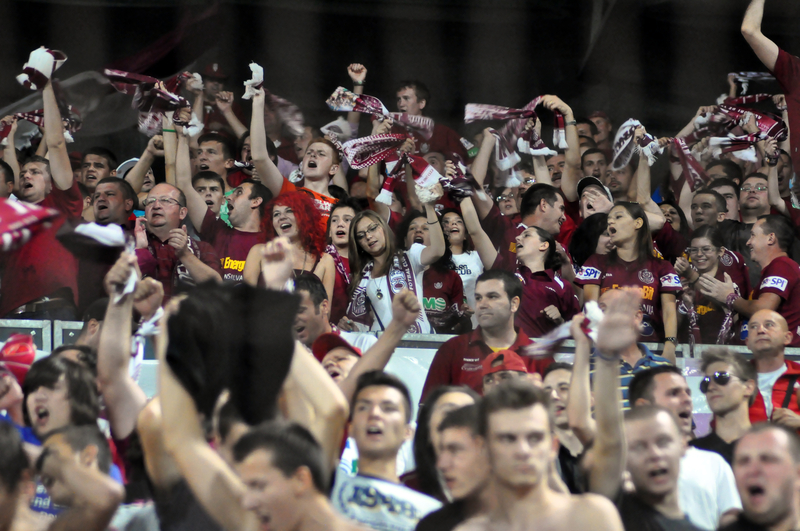 A soccer supporter group (also known as Ultras) is the ultimate fan of their soccer team. These fans create songs for their team, cheer for them to score goals during games, have creative jeers against their opponents, march to the stadium, create watch parties, and more. Not only that, but these fans are team season ticket holders, supporting their club with their money, time, and energy.

Also, one of the unwritten rules of a supporter is enforcing a safe and friendly code of conduct. As a supporter, you must not only support your club but police any fans during the game. Fans policing each other is important to limit some who might be taking the match too far in an unsafe way.

Are There Any Downsides to Soccer Supporters? 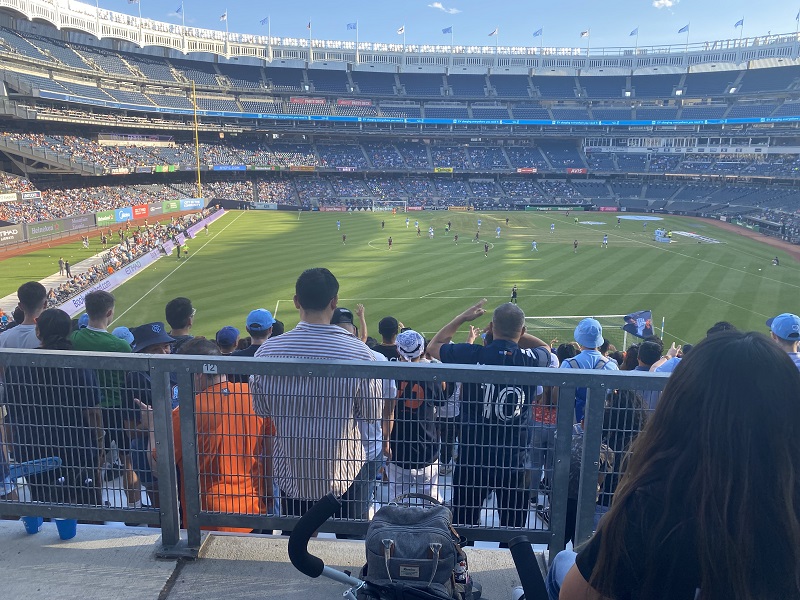 While having supporters helps promote the beautiful game, there are always cases where supporters, like any fan group, take it too far in an unsafe or unpleasant way.

During a Major League Soccer game in 2022 between NYCFC vs. New York Red Bulls, the NYCFC supporters section at Red Bull Arena (away match) had many problems with staff and other fans. The situation after the game had Yankee Stadium (home of NYCFC) banning drums and tifos for July 2022 as a punishment to the supporters. As a heads up, these problems were not the only time there have been issues with the supporters between these two professional soccer fanbases.

When you look at the English Premier League, LaLiga, Bundesliga, and other professional soccer leagues, team supporters, at times, can take the match too far. When there are fights between fans, destruction at the stadium, and other problems, especially when it comes to a supporters club, it does paint a nasty picture of the soccer community as a whole.

Why Do they March and Tailgate on Match Day? 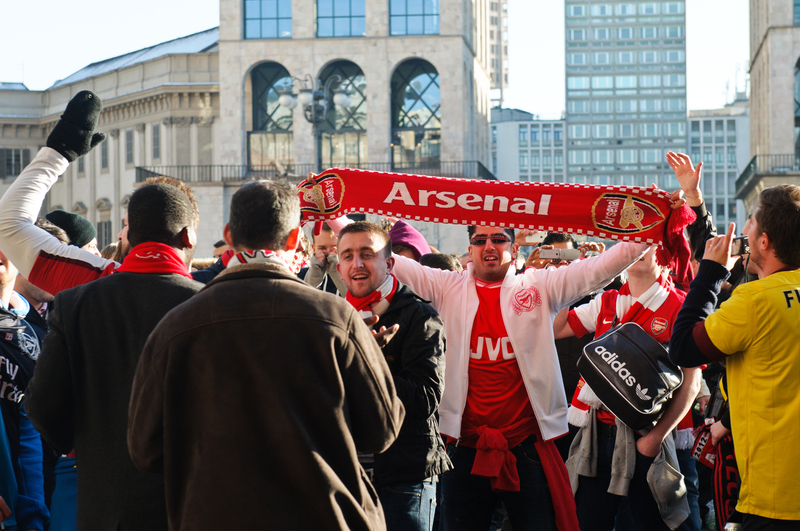 Tailgating, whether at a bar or a parking lot and then marching to the stadium, is a long soccer community tradition in association football. The idea is for fans to gather at one place before a game, march as one fanbase to the venue showing their support, and create an intimidating factor for away fans at their arena.

For instance, Seattle Sounders have the “March to the Match” tradition that began in 2005 and has continued every home game since. This tradition is so popular that many new club fans join in with home game festivities. Meeting at a pub, marching, singing Sounder songs, and more creates a fun and exciting atmosphere before every match. Especially when the Portland Timbers come to Seattle to play, the Seattle fans become the loudest as they march.

Another example of marching on the game day comes with New York City FC (MLS) supporters. During home games, their supporters march from Stan’s Bar under the subway tracks toward Yankee Stadium. As they march, they bang drums, sending off flares and singing as they walk to the stadium.

Do these Fans March During Away Matches? 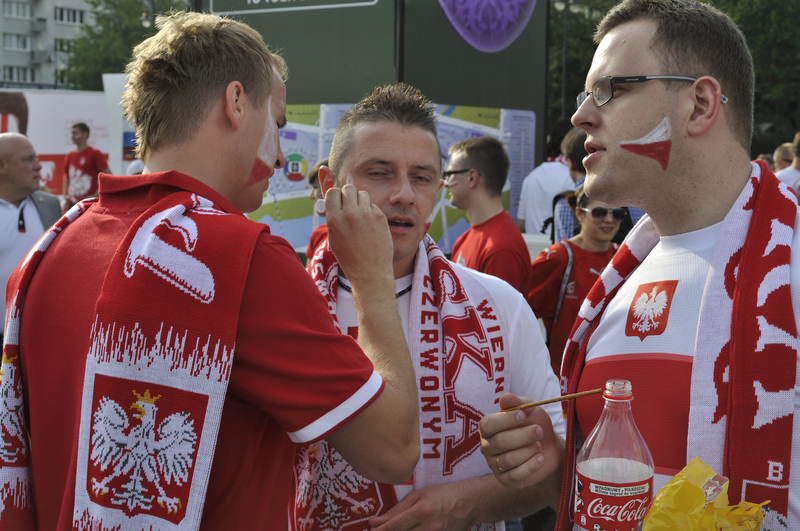 You will find supporters doing their march during away games as well. While their supporters are generally fewer than the home club’s fans, their support still helps unite other away fans to feel they have a good representation in enemy territory.

What is a Supporter Section at the Home Stadium? 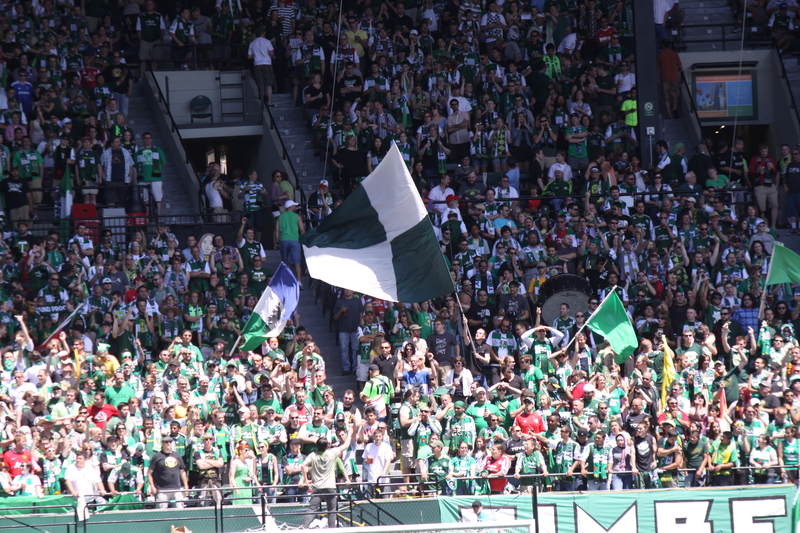 Soccer pitches tend to have a dedicated section exclusive to their supporters. Some venues choose to have this as a standing-room-only section, steeper than other parts of the venue or, in general, a more spacious area for fans to bring their drums to their seats. You will find the home supporter section behind one of the goal posts at the pitch. Being behind a goal post can support their goalie while heckling the other team’s goalie when the teams switch sides.

Do the Supporters Show up During Away Matches? 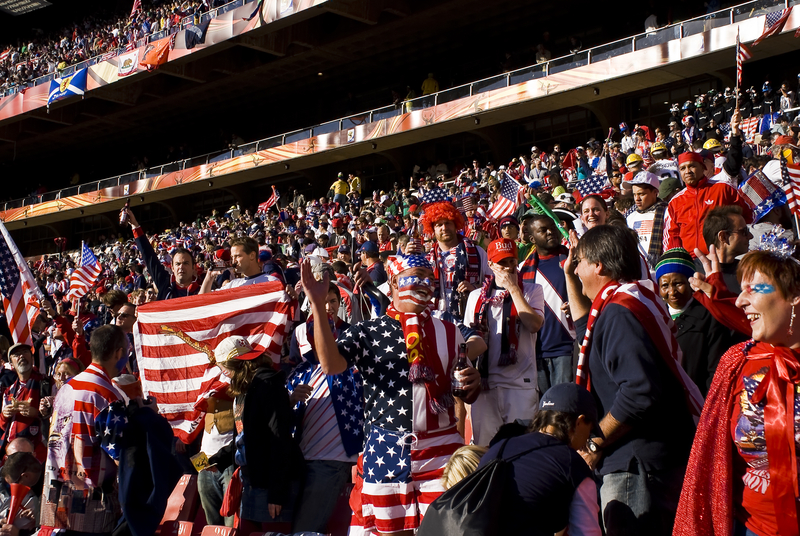 Supporters show up during away games, but the number of them is smaller than a home match.

Supporters during away matches tend to organize watch parties either at the stadium or back home, secure a number of seats together at the away stadium, and coordinate transportation times / where they meet before a game. Not only that, but these fans tend to be the loudest of the loudest in the supporter’s group, so their goal is to make their presence felt during away matches.

Soccer stadiums also dedicate a section of their venue to away supporters. For example, at Red Bull Arena, they give a few hundred tickets to NYFC fans to sit in the second deck in a corner together. You will find this same hospitality at other venues as well for away fans.

Why Have Supporters During an Association Football Match? 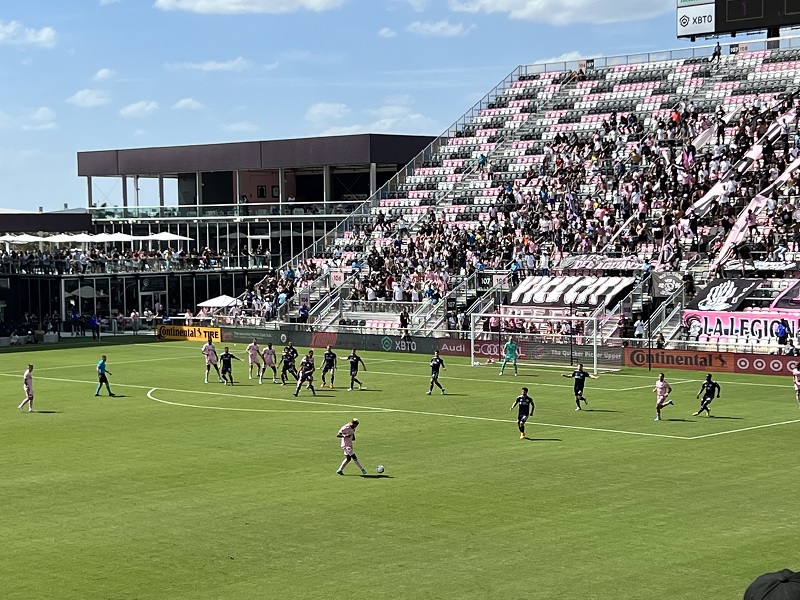 Supporters, for the most part, add an extra layer of fun and excitement to any association football match. Their energy, especially in North America, where the MLS is growing, continues to help spread the enthusiasm for the beautiful game. These fans tend to be very active on social media during a game as well. Thy share their excitement for their club and the game, which also helps grow the interest to others.

Also, outside of North America and MLS, supporters are a long a storied part of European and South American soccer culture. Going to a specific pub to meet with your friends to then walking to the soccer stadium is part of the entire experience of watching soccer. Wearing your scarf, chatting with friends, getting a drink, and more is soccer culture.

Conclusion: What are Soccer Supporter Groups?

In summary, soccer supporter groups are the loudest and most passionate fans of a soccer club. These fans come up with chants, make signs, wave flags, send off fireworks and flares, and more during matches. Not only that, but supporters also help organize meetups, watch parties, help with transportation to away games, and more.