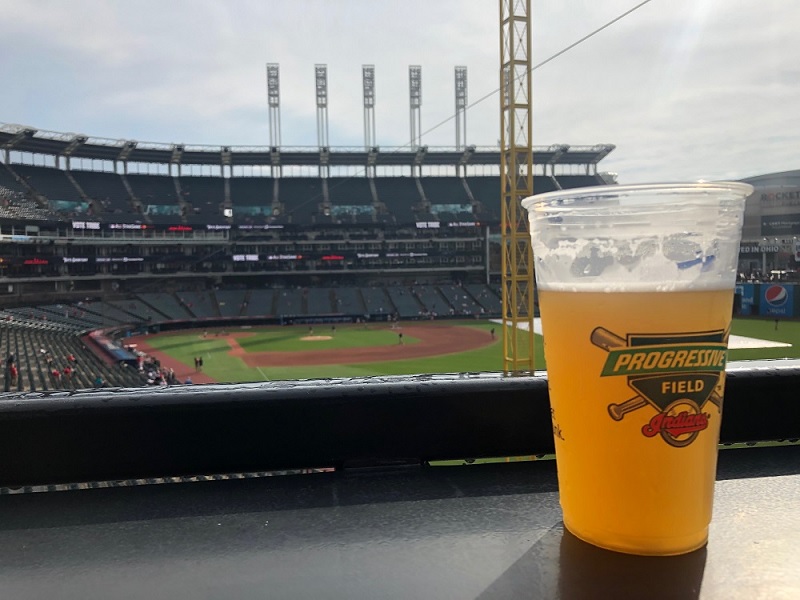 Progressive Field is home to the Cleveland Guardians (originally Cleveland Indians) MLB team out in Cleveland, Ohio. Originally the name of the stadium was Jacobs Field but it became Progressive Field in 2008. However, fans today still refer to the Major League ballpark as The Jake. Not only is the stadium one of the best in the game, but the food items to buy are incredible.

Here is the ultimate food options guide at Progressive Field. 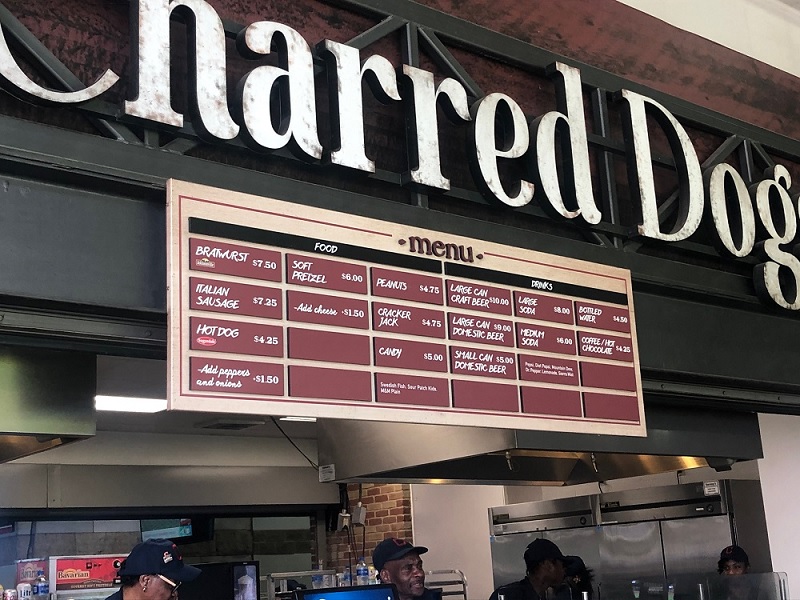 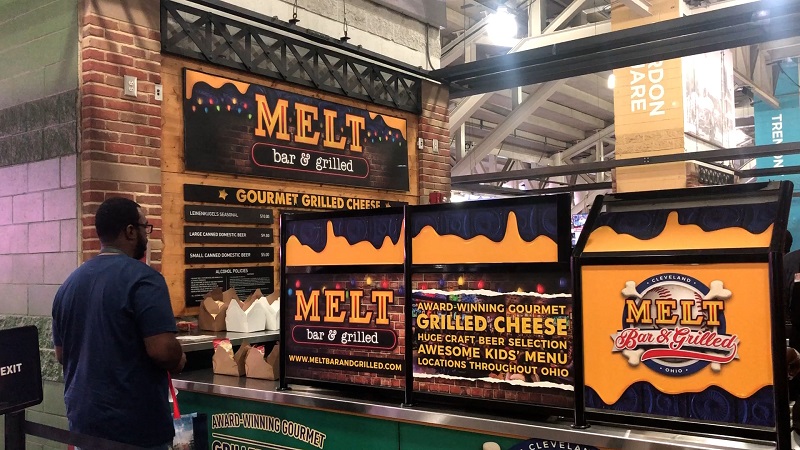 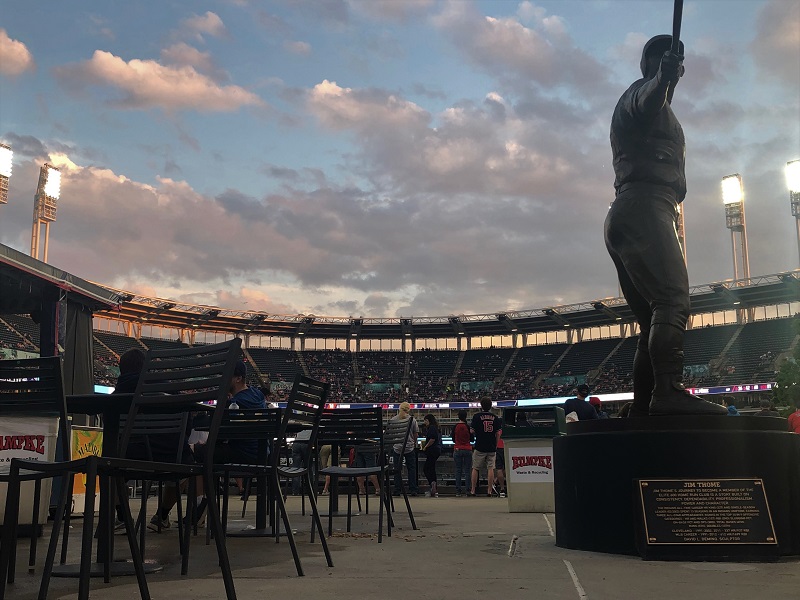 Can You Bring Outside Food into Progressive Field?

According to MLB.com, fans can bring outside food into Progressive Field. However, the Cleveland Guardians organization can inspect any items before entering the stadium via a security check.

There is no smoking inside Progressive Field.

Popular Matches Against the Cleveland Guardians 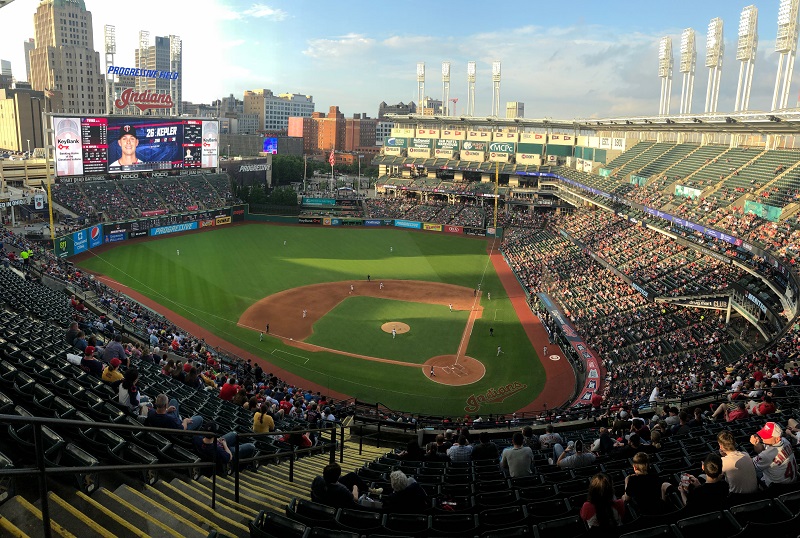 Progressive Field is one of the best venues in Major League Baseball. When the summer rolls around and the team is good, you can expect big crowds when the New York Yankees, Toronto Blue Jays, and Boston Red Sox visit. In addition to that, some inter-division games against the Chicago White Sox and Detroit Tigers can bring good crowds, depending on how both teams are doing that year.

If you are looking for cheaper games to attend, consider going on a weekday day game. Weekday day games tend to be cheaper than going on a weekend. Consider watching games against the Kansas City Royals, Baltimore Orioles, Tampa Bay Rays, Oakland Athletics, and the Seattle Mariners since those tickets will be cheap.

How Many World Series Championships Have the Cleveland Guardians Won? 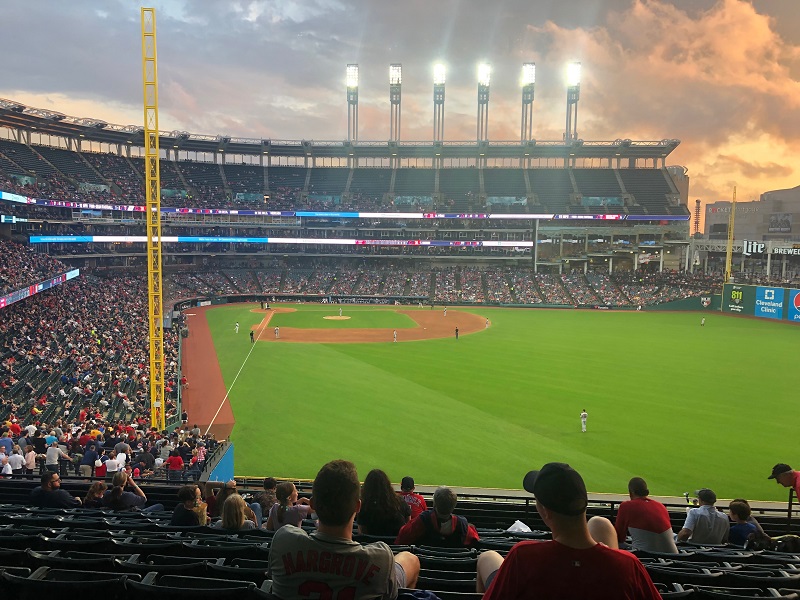 The Cleveland Indians / Guardians have won a total of two World Series Championships as a franchise. Their first World Series victory came in 1920, while their second came in 1948. The last time they were in the World Series came in 2016, and that was the matchup between them and the Chicago Cubs.

What is the Average Seating Capacity at a Cleveland Guardians Game? 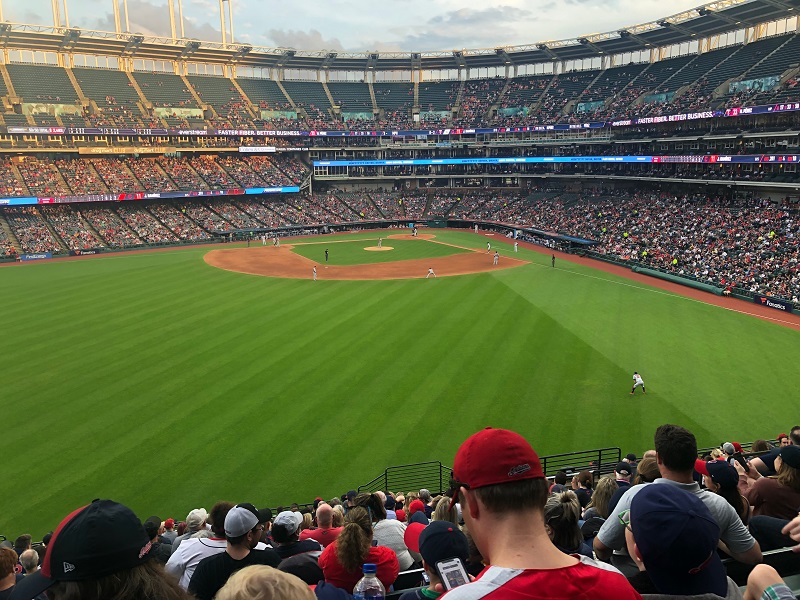 2021 had seating limitations during games, but overall, Progressive Field was towards the end of the list via daily attendance in Major League Baseball. On average, they would bring in a total of 14k fans per game. Progressive Field can hold up to 35,041 fans per match.

In conclusion, Progressive Field is one of the best MLB ballparks in the game today. Not only is the stadium more fan-friendly with standing room sections, but the venue keeps updating its food menu for fans to enjoy. In addition to the venue, fans can enjoy the bars outside the stadium before and after a game.

If you are looking for Progressive Field parking tips for an Indians home game, check out that link. Sometimes it isn’t easy finding parking near 2401 Ontario St, Cleveland, Ohio 44115, so that link should help! Also, you can check out my Progressive Field review if you want to see what I think of the venue!