Great American Ball Park is home to the MLB Cincinnati Reds team out in Cincinnati, Ohio. Sitting in front of the Ohio River that separates Ohio from Kentucky, this venue is one of the nicest ballparks for fans to visit during the summer. Not only that, but the Reds continue to make more fan-friendly adjustments to the ballpark, which make it more enjoyable to visit each year. While the team has been struggling of late to win baseball games, you and your friends will have a great ton visiting the ballpark with everything it offers!

Here are some of the best food options to enjoy when catching a Cincinnati Reds game at their stadium. 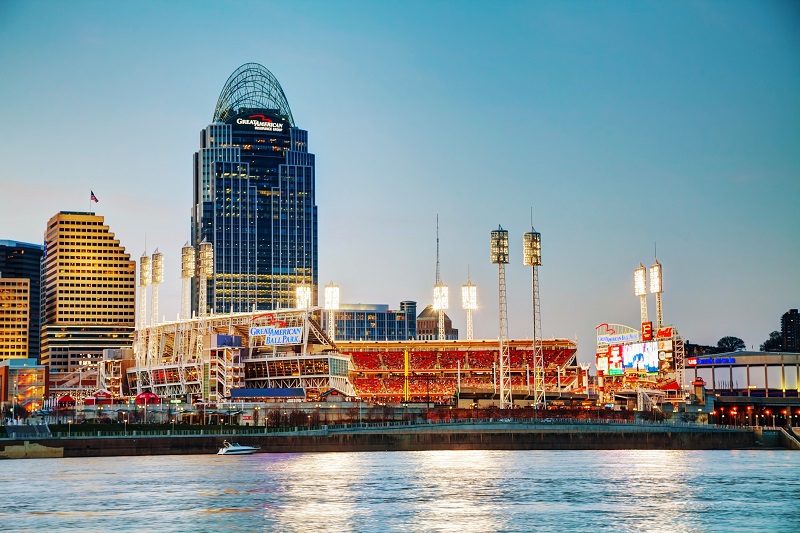 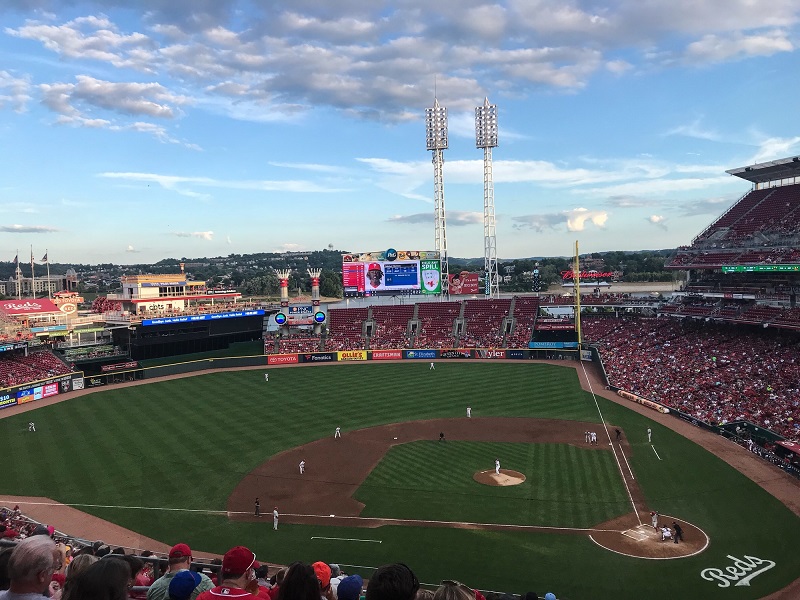 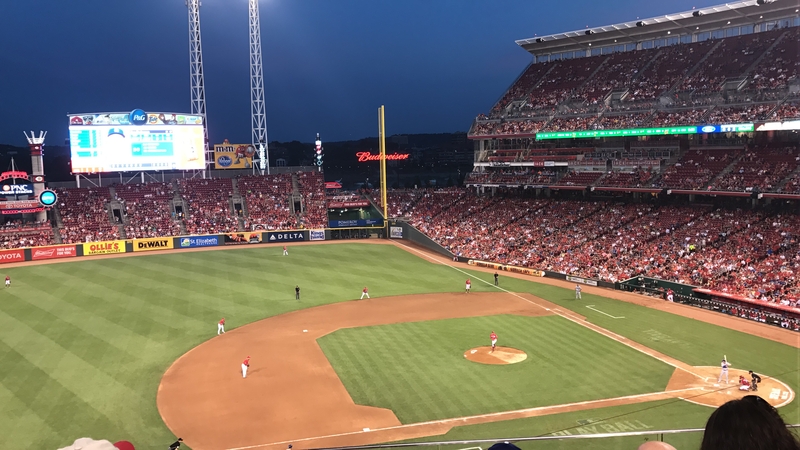 Can You Bring Your Food into Great American Ball Park?

You can bring your food into the ballpark for a game. You can bring in a soft-sided cooler that does not exceed 16″ x 16″ 8″, which is excellent for families. Not all ballparks allow you to bring in food, so this is a perfect option for fans looking to save money on a family trip to the game.

Popular Matches Against the Cincinnati Reds 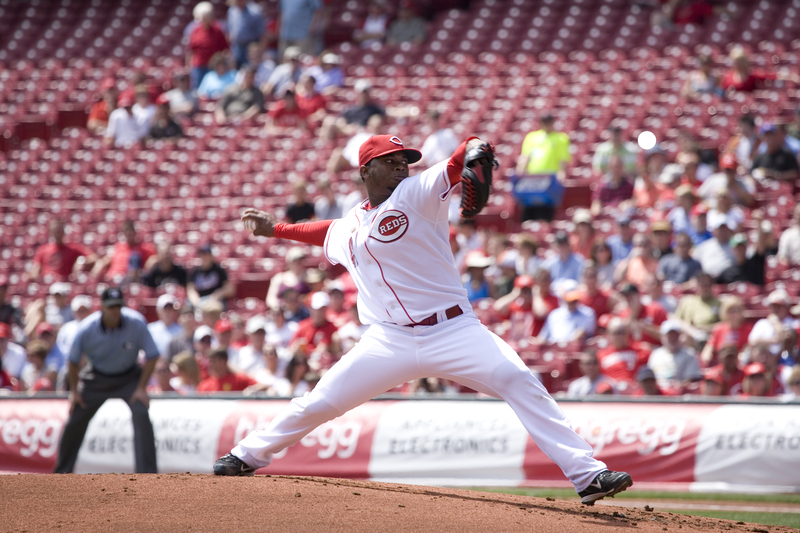 The Cincinnati Reds have been struggling recently to have winning seasons. With that struggle winning games, most home games don’t draw many fans to the venue. However, some of the more popular games that tend to have more fan interest include against the Los Angeles Dodgers, Chicago Cubs, Cleveland Indians, and the San Diego Padres.

Fans looking for less expensive Cincinnati Reds tickets to buy should consider going to a weekday game. Weekday games will almost always be cheaper than what you would find for a weekend game. The cheapest tickets tend to be when the Arizona Diamondbacks, Pittsburgh Pirates, Milwaukee Brewers, Colorado Rockies, and the Washington Nationals.

Check out Gametime to save money on Cincinnati Reds Tickets!

How Many World Series Championships Have the Cincinnati Reds Won? 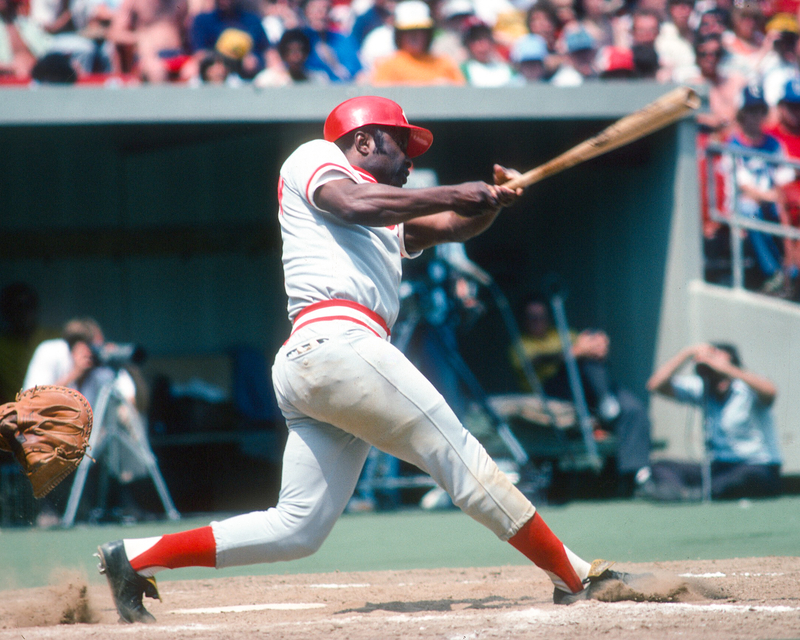 What is the Average Seating Capacity Size for Reds Home Game? 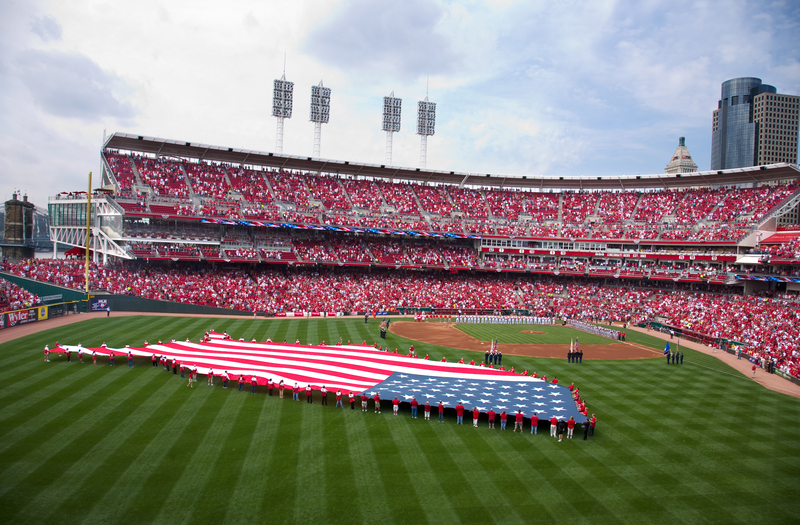 The 2021 Major League Baseball season limited the number of fans attending baseball games. With that being the case, the Cincinnati Reds were in the middle of the league with average game attendance. The average home game attendance at Great American Ball Park was 18k fans a game in 2021.

Great American Ball Park has a seating capacity of 42,391.

In conclusion, Great American Ball Park offers a lot to its fans for enjoyment. From the gorgeous views of the Ohio River from the top view level to new fan-friendly sections throughout the ballpark, the experience of going to the venue is fantastic. Along with the views of the river from the upper deck and better fan experiences inside the stadium, the ballpark food is pretty awesome. Fans looking to save money can bring their own food inside the venue, which is a good idea if you want to save money!

Check out the Great American Ball Park parking tips before your next visit to save money!