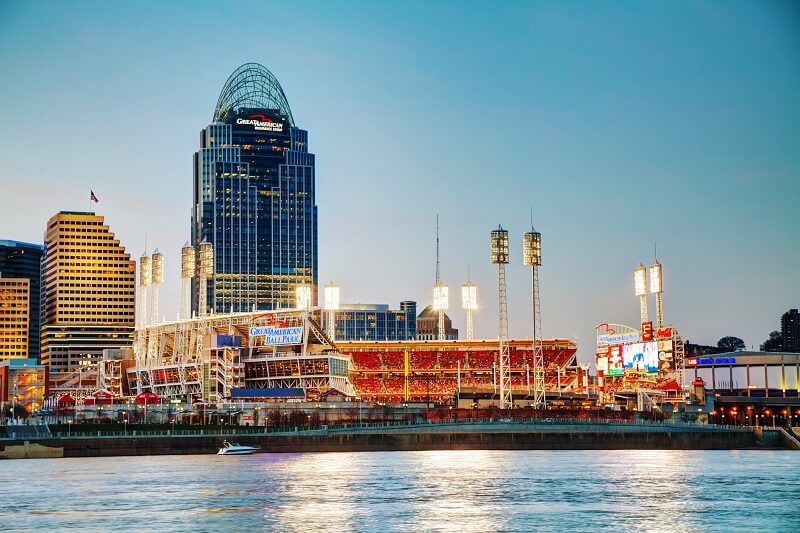 How Much is Great American Ball Park Parking?

If you plan to park in the Great American Ball Park parking lots, you can expect to pay around $20. There is ample Cincinnati Reds parking options in both downtown Cincinnati and Northern Kentucky to find parking deals for less than $20. There are plenty of parking options to consider on Pete Rose Way at the east garage at the ballpark. You can use SpotHero above to find great Cincinnati Reds parking rate deals before your next visit!

Is there Handicap Parking at the Great American Ball Park?

There is handicap parking options for all fans to use at the Red ballpark. Fans can find handicap parking garages in the East section of the Central Riverfront Garage. Fans will need to present a valid placard and handicap parking pass to leave their vehicles in these spaces. In addition to ADA parking, fans can take advantage of the pick up and drop off zones to bring guests to on east side of Joe Nuxhall Way.

Is there Tailgating at the Reds Parking Lots?

There is no tailgating at Reds Stadium, but there are plenty of bars to visit before and after a game in downtown Cincinnati. Some bars include the Holy Grail Tavern, Yard House, Tin Roof, and more. While not a tailgating spot, many fans like to meet at the Pete Rose statue before heading into the stadium or bars with their friends. Checking out the Hall of Fame at the venue is also popular before a baseball game.

Check out the Great American Ball Park Food guide before your next visit!

What Time Do Gates Open at Great American Ball Park?

Gates open at different times at Great American Ball Park, so it’s best to be familiar with the policy. From April, May, and September, gates open one hour prior to first pitch. All other games during the regular season will open up one and a half hour before each game.

Can you Take Public Transportation to the Venue?

The best way to get to the venue is to use Uber or Lyft.

Can you Bring Food into the Venue?

Fans are able to bring food into Great American Ball Park for baseball games. Reds fans can also bring in a small cooler to store their food and drinks that is small enough to fit under their seat.