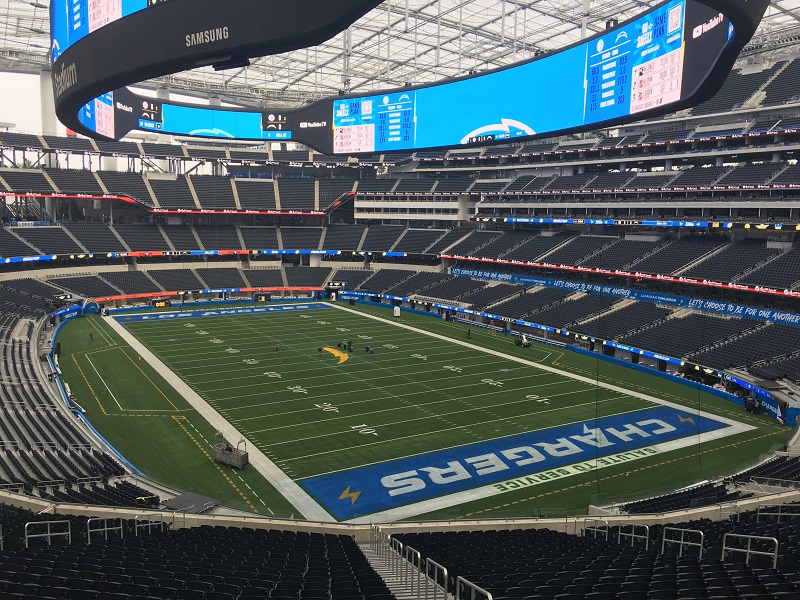 Here are the Sofi Stadium parking tips to be familiar with when driving to the venue for a football game or other event!

The official parking lots at the venue open up four to five hours before kickoff. Prices at the official lots will vary depending on the event. The recommendation is to purchase your parking ahead of time before arriving at SoFi Stadium since these parking zones tend to fill up quickly for events.

Off-site parking tends to be cheaper than you find at the official parking lots surrounding the venue. The unofficial parking lots surrounding the stadium can range between $20 to $200. The dynamic pricing will vary depending on a preseason, regular season, or postseason game against the LA Rams. Parking spots in these off-site parking venues might be more difficult for specific concerts and events than others. 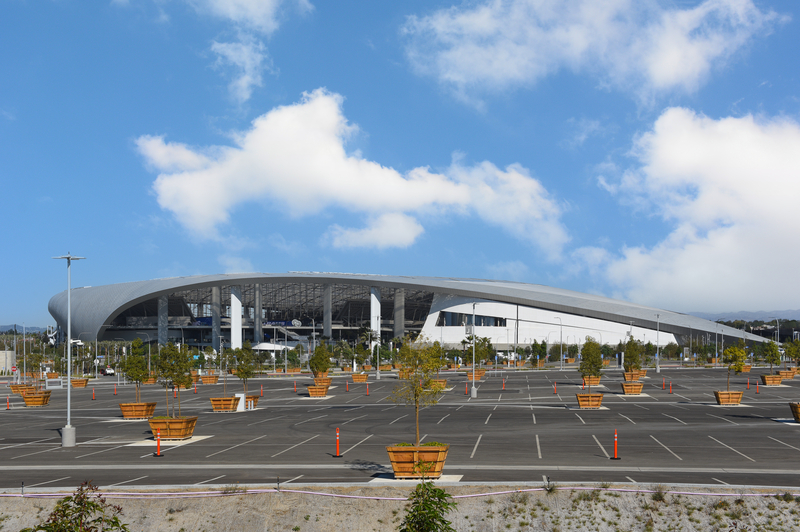 ADA parking is at all official SoFi Stadium parking lots. However, ADA parking comes on a first-come, first-serve basis, so it is best to arrive early before a game or concert to secure a spot. In addition, specific matches and shows will have a shuttle service that will bring fans to and from the parking lots to the venue.

If there are any ADA parking questions, you can ask the parking staff at the venue where you should go.

Tailgating occurs only before every NFL game at SoFi Stadium in the Pink Zones. Parking lots open up four hours before kickoff, so fans looking to tailgate should head over to the section before the game.

Can You Bring Outside Food into SoFi Stadium? 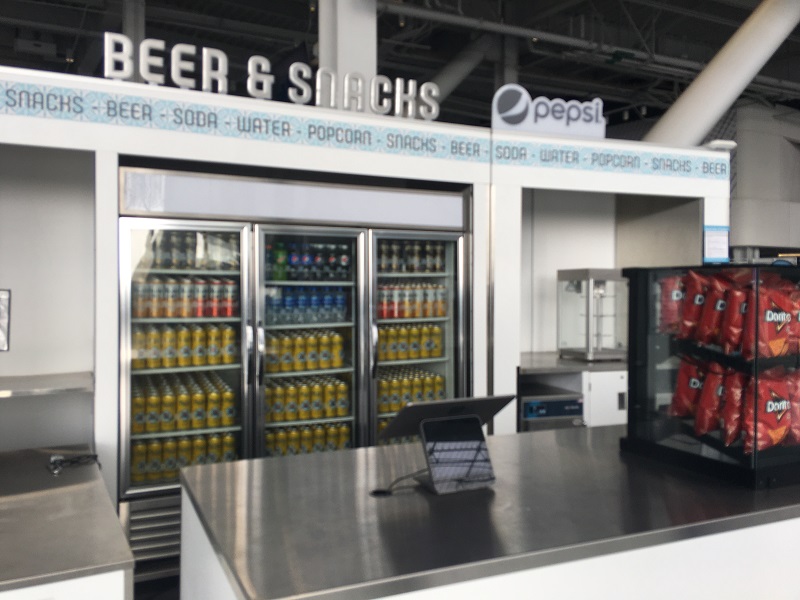 Fans can’t bring any outside food into SoFi Stadium. However, fans can bring in an unopened bottle of water that is 16.9 ounces or less.

Fans cannot smoke inside the football stadium for any game or event.

Using the Metro C Line is a popular public transportation option if you don’t want to get stuck in traffic or struggle to find parking spaces to use before a game. You want to get off the Metro C Line stop at the Hawthorne/ Lennox station. From there, the Chargers / Rams offer a free shuttle bus that picks up and drops off fans from that location to the game. This free shuttle bus runs every ten minutes and will run a few hours before kickoff and a half-hour after a match.

Taking the bus is another way to get to and from the football stadium. The bus routes that drop you off and pick you up near the venue are 115,117 and 212.

Finally, fans taking a rideshare program to and from the game can use the dedicated rideshare area on Kareem Court. Kareem Court is about a ten-minute walk to the venue.

How Big is the Football Stadium?

The LA Chargers have a solid and loyal fanbase that comes out to support them for every game. You can expect more fan interest to show up at the stadium when the Los Vegas Raiders, Denver Broncos, and Kansas City Chiefs visit. Other popular games are when the Buffalo Bills, New England Patriots, and Pittsburgh Steelers make their way to LA. 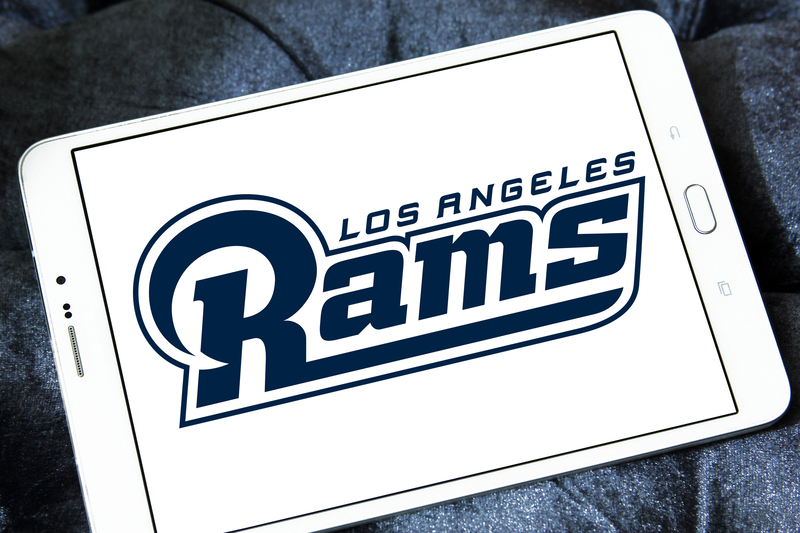 After winning the 2022 SuperBowl, you can expect Ram’s fans to be out in full support to root for their team during home matches. Some popular games against the Rams include the San Franciso 49ers, LA Chargers, Seattle Seahawks, and Arizona Cardinals. Other popular matches include the Houston Texans, New York Giants, Green Bay Packers, and Tampa Bay Buccaneers.