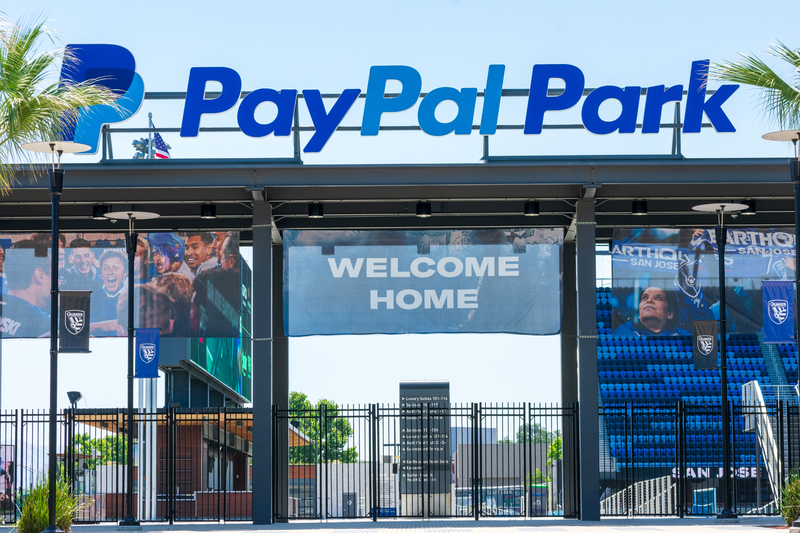 Parking for the San Jose Earthquakes

PayPal Park (originally Earthquakes Stadium and Avaya Stadium) is home to the San Jose Earthquakes, which is part of Major League Soccer. The stadium, which sits at 1123 Coleman Avenue, San Jose, CA 95110, sports a few different shades of blue seats, which resemble the early days of NASL soccer in San Jose. In addition, the venue has some of the steepest sightlines, which helps make it stand out from others in the league, and it also has the largest outdoor bar for a stadium.

The venue sits about two miles south of the San Jose International Airport, which helps gives fans excellent views of planes landing and taking off during games. Finally, the venue is about a mile from Stevens Stadium, a soccer stadium for Santa Clara University.

Here is the guide to PayPal Park parking when venturing to the stadium for a soccer game or other event.

How Much is San Jose Earthquakes Parking for a Match? 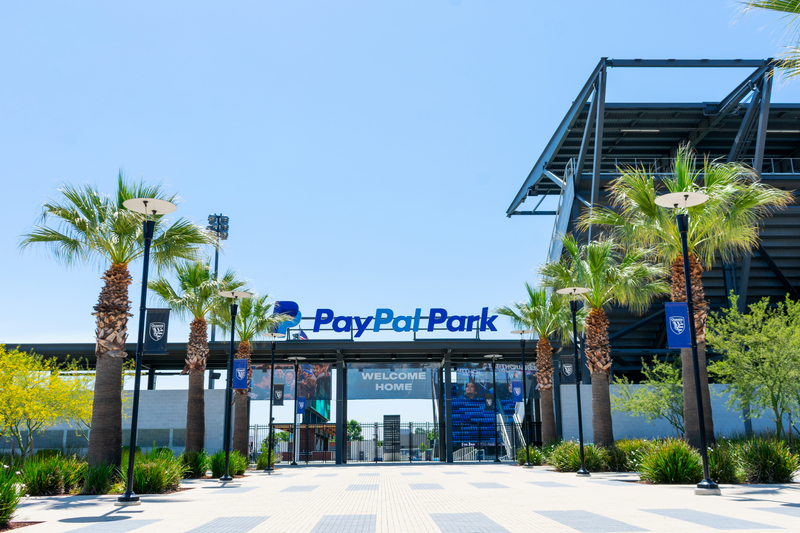 The official parking lots at the stadium will vary in price depending on where you park. For instance, the Audi Lot, the closest parking lot to the venue, goes for $75 and is only for prepaid pass fans. If you end up at the PS4 or tailgate lot, you will spend $25 for parking. These parking areas will be about a 15-minute walk to the venue.

The official ADA parking lot is within the Audi Parking lot at the stadium. ADA parking at PayPal Park will cost $25 for Major League Soccer games.

Outside of tailgating before the game, there aren’t many restaurants or bars nearby the stadium. The Smoking Pog BBQ Newhall is one restaurant that sits directly next to the venue.

Can You Bring Outside Food into PayPal Park?

According to SJ Earthquakes’ official website, fans can bring a small, individual snack into the stadium and a clear, unopened water bottle that all fit into a clear plastic bag. Most MLS stadiums don’t allow fans to bring in outside food or drinks, so take advantage of this while the rule stays in place.

There is no smoking of any kind in PayPal Park.

For taking your bike to the stadium, fans can leave their bike in the designated bike area right in front of the stadium, which is between Earthquakes Way and Wondo Way. The cycle area sits above the ADA parking area. Finally, fans can use a rideshare program like Uber and Lyft to get to and from the venue.

The soccer stadium has a seating capacity of 18,000.