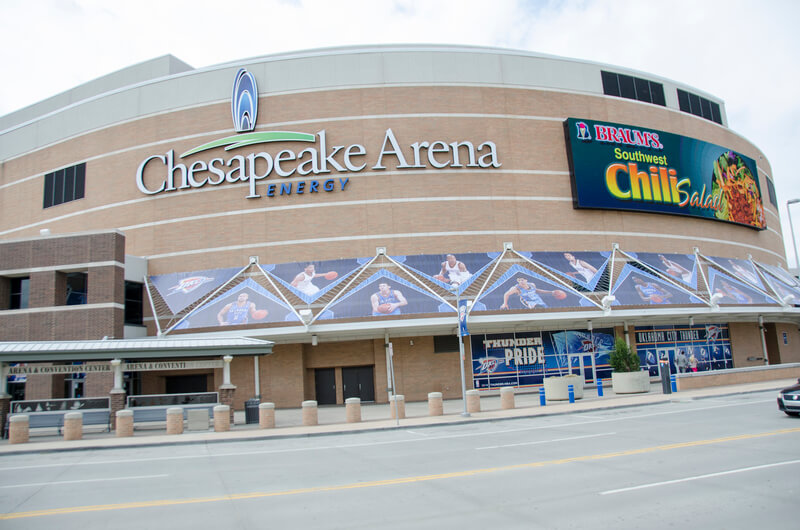 Paycom Center (previously Chesapeake Energy Arena and Oklahoma City Arena) is home of the Oklahoma City Thunder NBA team in downtown Oklahoma City, OK. The arena sits out one 100 W Reno Ave, Oklahoma City, OK 73102. In addition to basketball games, you can find many concerts and events at this arena all year around.

Here is the official parking guide for Paycom Center

How Much is Paycom Center Parking?

If you plan to park at Paycom Center parking lots, you can expect to pay around $30. Parking rates will vary depending on the event, but most of the parking takes place in the Cox Convention Center in the underground parking garage. In addition to underground garage, fans can find great parking deals using SpotHero above. Parking a bit further from the venue can save you extra money, so check out the deals above! 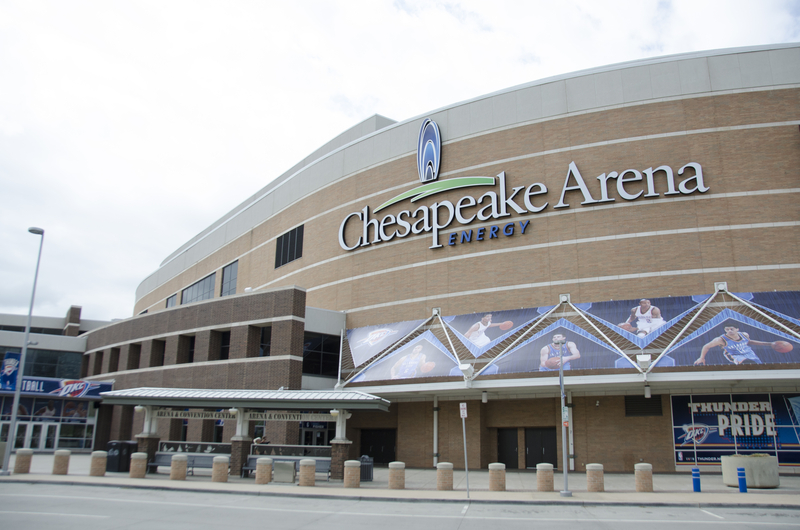 Parking facilities on the south side of the venue and Cox Convention have accessible parking for all events. Parking entrance for ADA guests is on the East Side of the venue along EK Gaylord Boulevard. Fans will need to show a valid State ID and a parking pass to park in these lots for all event. Finally, fans can drop off guests near the Reno and Robinson entrances as well. 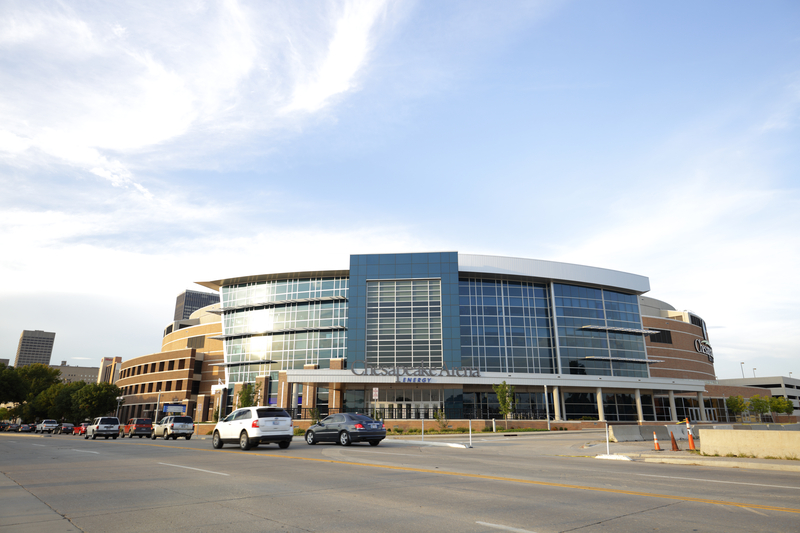 No official tailgating takes place in the arena, but fans can hang out in the parking lots and drink before the game. In addition to parking lot drinking, you can also venture to the nearby bars around the venue. Popular bars include Old No.7 Restaurant and Bar, Aria Lounge, Drinkz, and Whiskey Chicks. In addition to bars, you have plenty of restaurants all surrounding the area to check out before and after a game as well.

Also, be sure to check out the Paycom Center food guide to see what is on the menu!

Fans have a few public transportation options to consider when planning a trip to the venue. Taking the OKC Streetcar will bring fans to and from the venue from multiple downtown areas. Local buses go for $1.75 while an express bus goes for $3.00. Riding with a child who is under six rides for free on the bus, so take advantage of that deal.

In addition to these public transportation options, you also have Uber and Lyft. Fans looking for the pick-up and drop-off area should head to SW 2nd Street between S Harvey and S Hudson. Finally, fans should call their rides before the event ends to beat the crowd leaving the arena. 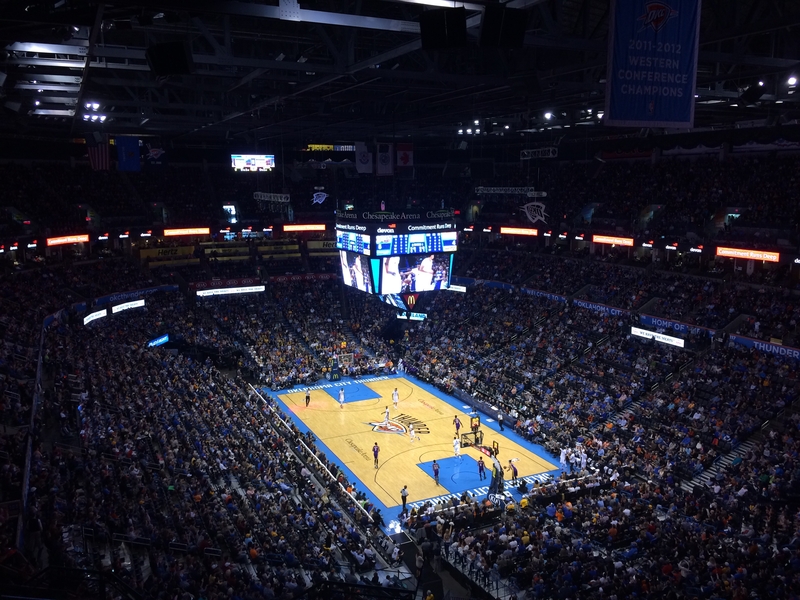 In addition to basketball games, you can find many year round events at Chesapeake Energy Arena. Some concerts include Guns N’ Roses, 5 Seconds of Summer, Lauren Daigle, Mumford & Sons, Chris Stapleton, the Chainsmokers, Jason Aldean, and more. Finally, you can also check out Monster Jam, Trans-Siberian Orchestra, The Price is Right, and more at the venue.