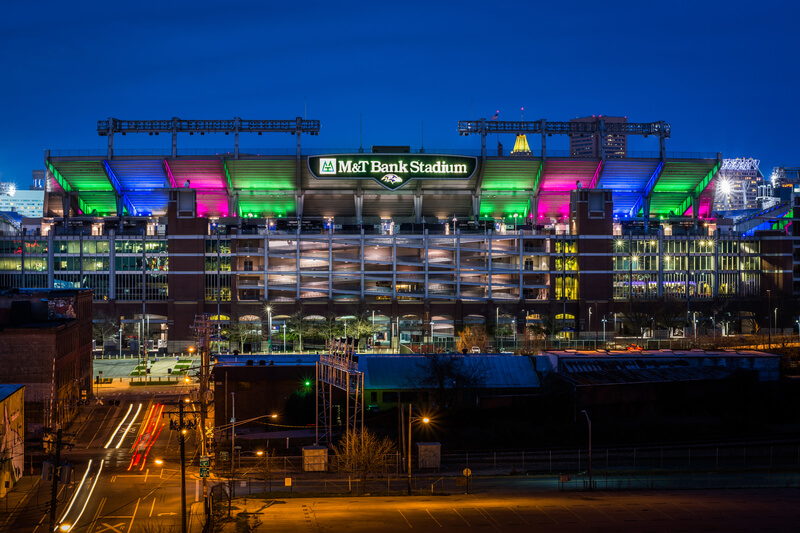 Parking at M&T Bank Stadium for the Baltimore Ravens

How Much is Baltimore Ravens Parking?

If you pan to park in the M&T Bank Stadium parking lots, you can expect to pay around $46. Fans driving an RV or large bus to the venue should use Lot H to park. To make sure you can get two spots for your RV, you need to arrive 3 hours early to Lot H. Fans can use SpotHero above to find parking near M&T Bank Stadium and save money too!

There are accessible parking spaces around the venue for fans to use for any event. Fans can use lots B, C, and R for accessible parking at the Raven Stadium. Fans will need to show a valid parking pass and appropriate state-issue license plate to leave their vehicle in the parking lots.

Tailgating is part of the regular season experience a the M&T Bank Stadium parking lots for Ravens games. Fans can partake in the festivities up to five hours before the game and continue to party up to 30 minutes after kick-off. Finally, fans can venture into downtown Baltimore and go to the local bars before or after a game as well.

Can you Bring Outside Food to M&T Bank Stadium?

According to baltimoreravens.com, Baltimore Ravens fans can bring outside food into the stadium in a clear plastic bag. Be sure to visit that link to see everything you can and can’t bring into the NFL stadium. Also, check out the M&T Bank Stadium Food guide before entering the stadium to know what’s on the menu!

You can’t smoke anywhere inside M&T Bank Stadium. However, there are designated areas where fans can smoke. Please check out this link to see where those smoking sections are.

Popular NFL Matches for the Ravens 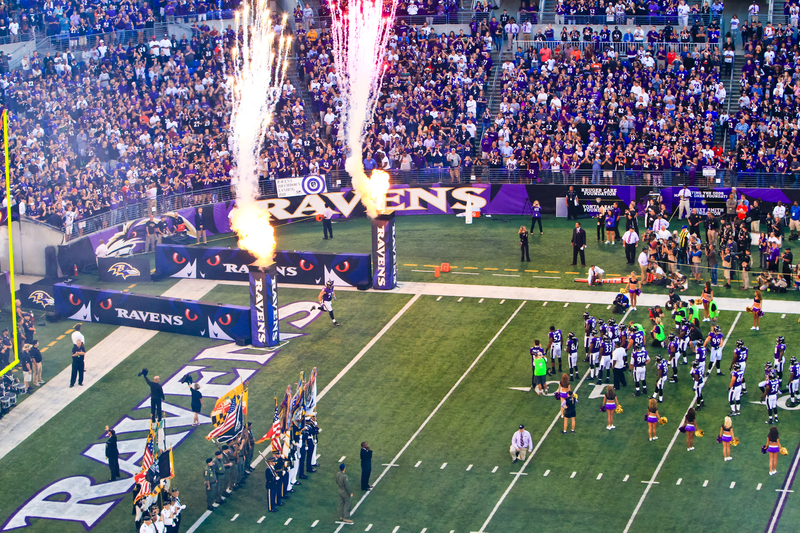 The NFL venue sits next to Camden Yards where the Baltimore Orioles play in the inner harbor. If you are looking for Orioles Parking, you can check out that link.