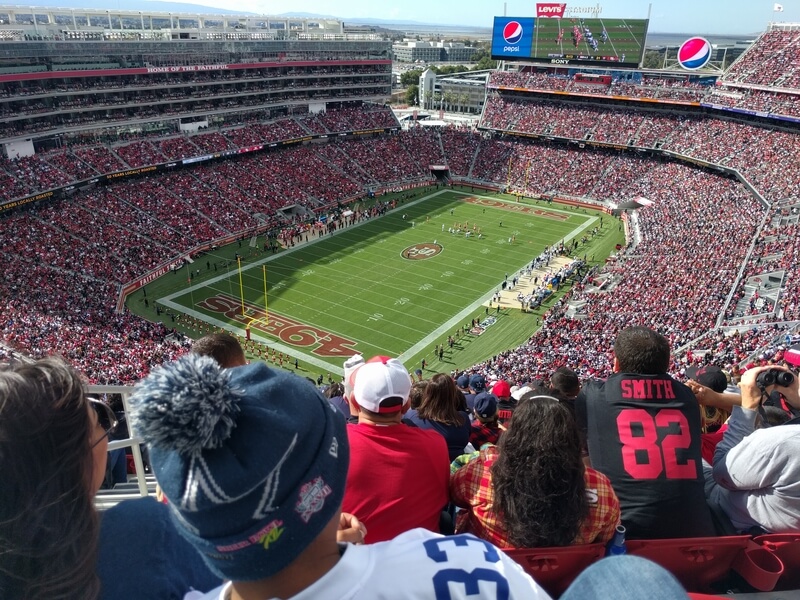 How Much is Levi’s Stadium Parking?

If you plan to park in the Levi Stadium parking lots, you can expect to pay $30. Driving an RV or bus to the game can park in the green lot and blue lot at the venue. Finding parking near Levi Stadium can be difficult for popular games, so use SpotHero above to reserve a parking space before getting to the arena.

There are 400 ADA parking spaces available in green lot 1, green lot 4, and blue lot 1 for fans to use at the venue. 49ers fans will need to show a valid parking pass and state-issued license plate to leave their vehicle in the parking lots. In addition to ADA parking spaces, fans can use the accessible pick-up and drop-off areas on Stars and Stripes Drive and Centennial Boulevard. 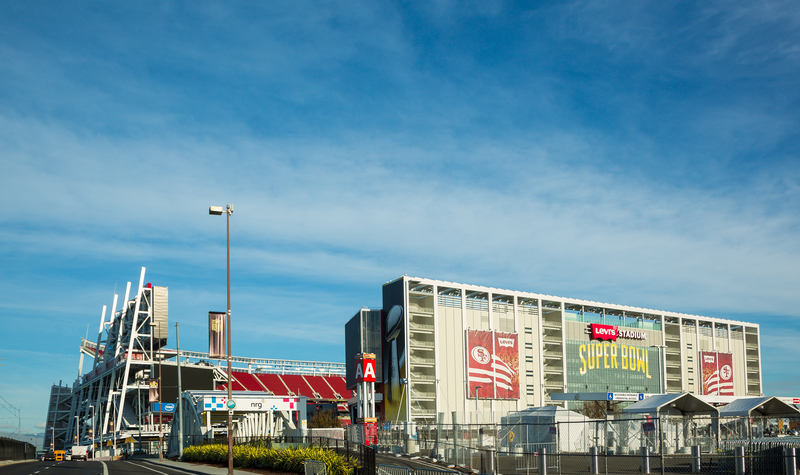 Can you Bring Outside Food to Levi’s Stadium?

According to levisstadium.com, fans can bring outside food into Levi’s stadium on game day. The rules for bringing in outside food include placing all food items into a clear plastic bag or wrapping. Here is the Levi’s Stadium food guide if you want to check that out before entering the venue!

Smoking is not allowed at Levi’s stadium for any event.

Fans looking to take public transportation to the game can use the VTA Light Rail and Bus. The Valley Transportation Authority train brings fans from Mountain View, Sunnyvale, Milpitas, San Jose, Sacramento, Sant Clara, and Campbell outside the game. There are also plenty of VTA city busses that bring fans to the area too.

Another option is Caltrain, which provides services between San Francisco through San Jose. Caltrain can help connect fans to the VTA trains and buses to the game. Caltrain will have extra trains going on game days, so it’s best to check the schedule before the match.

Finally, fans can user a rideshare platform like Uber or Lyft to the game. Fans can use the Red Lots, which act as a pick-up and drop-off area for ridesharing. The Red Lots will fill up after the game, so plan accordingly. 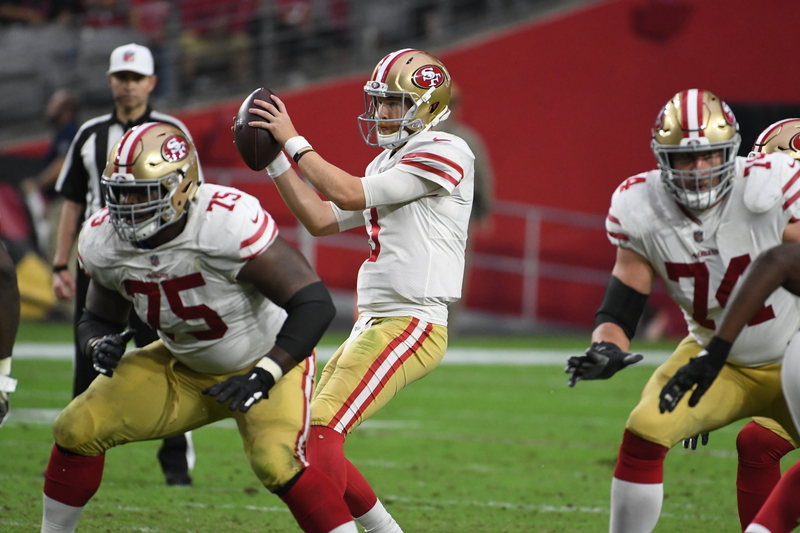 Matches against the Seattle Seahawks, Oakland Raiders, Arizona Cardinals, and Pittsburgh Steelers bring in many fans to the venue. Games against the Carolina Panthers, Cleveland Browns, Atlanta Falcons, Los Angeles Chargers, Los Angeles Rams, and Green Bay Packers are all big matches too. Finally, you can find less demand for preseason games, or when the 49ers are not playing well during the season.

Popular Events at the Arena

There are plenty of events that take place at the arena year-round to enjoy. Some include Pac 12 Football Championship games, Monster Jam, Lazy Dog, Quick Brown Fox Jumps, Super Bowls, and more!

It’s nearly an hour drive to Oracle Park out in San Francisco where the San Francisco Giants play baseball from the football venue. If you are looking for Oracle Park Parking, you can check out that resource. The San Jose Sharks NHL team sits about eight miles from the football arena at SAP Center. If you are looking for SAP Center parking, you can also check out that link.