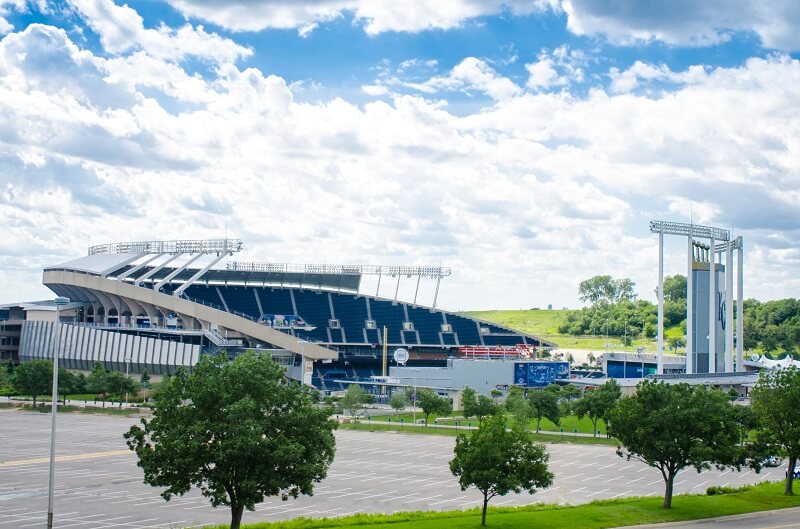 Kauffman Stadium is the home of the Kansas City Royals Major League baseball team out in Missouri. They have won four World Series titles with the last coming in 2015. Below is the guide to Kauffman Stadium parking.

How Much is Kauffman Stadium Parking? 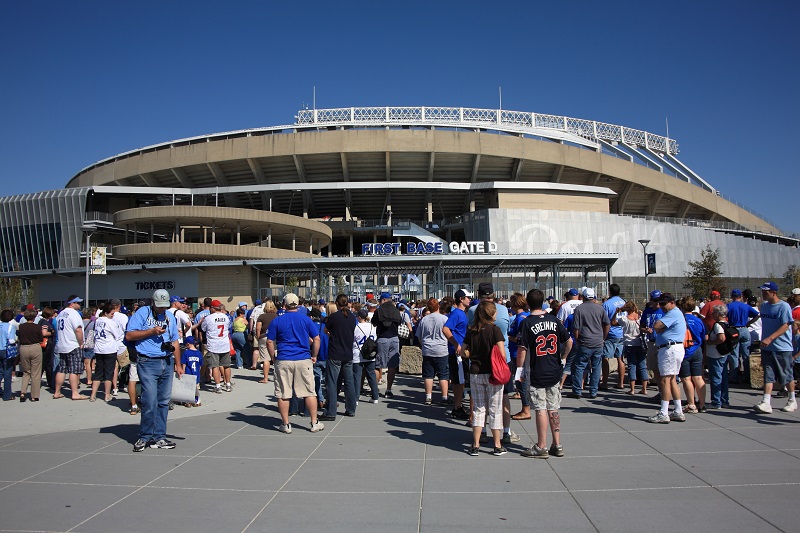 Many people wonder how much is KC Royals parking. Parking near Kauffman Stadium is generally inexpensive for a baseball games. Royals fans can expect to pay around $11 or so for parking spaces in the general lots. Motorcycle parking typically hovers around $15 a space while Oversize vehicle parking goes for $20.

Handicap parking is accessible in all parking lots around Kauffman Stadium for a baseball game. Fans will need to present a valid parking pass to park in the handicap sections at the venue. One tip to remember is that ADA parking comes at first come and first serve basis, so plan to arrive early to claim a parking space.

What Time Do Gates Open at Kauffman Stadium? 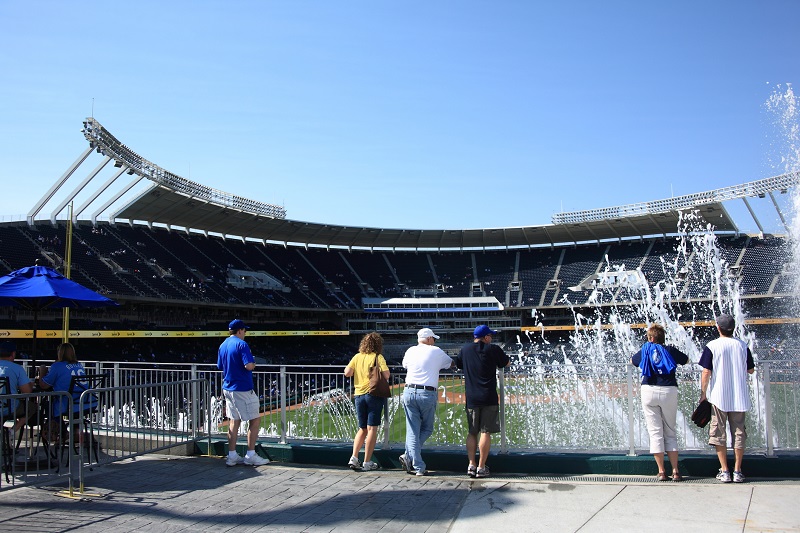 Where is Premium Parking at Kauffman?

Is there Tailgating At Kauffman Stadium?

Tailgating is very popular for Royals fans to partake in baseball games in the parking lots. The Royals Stadium parking lots that allow tailgating include Lot N, Royal Way, and the Hall of Fame Village.

Can you Bring Water to Royals Games?

Fans can bring in any water or sports drink that is unopen into the Royals stadium for a baseball game. The size of the bottle can’t exceed 1 liter, and it can’t be made out of glass.

Can You Bring Your Food into Kauffman Stadium?

According to MLB.com, fans can only bring in an unsealed plastic 1-liter of water to the venue. Check out the Kauffman Stadium Food guide before your enter the venue!

There are buses that fans can take if you are looking for transportation options. The KCATA route is on the Metro’s 47-Broadway and services fans along Blue Ridge Cutoff and to Blue Ridge Crossing. Another option for fans to consider is using the ride share program, Uber or Lyft, to get to and from the game. Taking a Uber or Lyft can save you the headache of leaving the parking lot once the game ends. 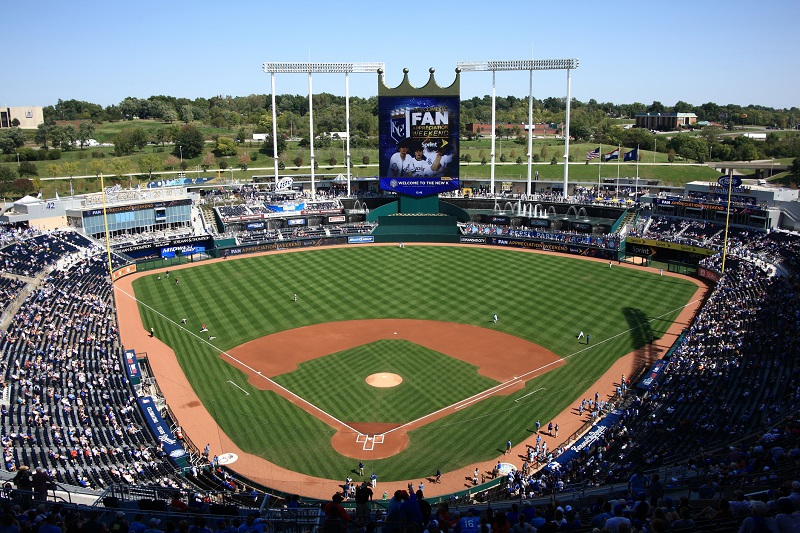