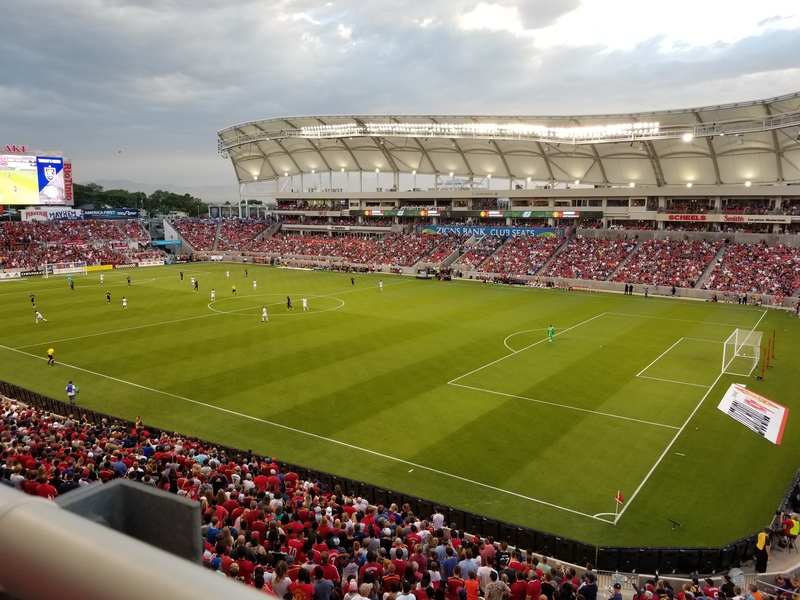 America First Field (formerly Rio Tinto Stadium) is the home to Real Salt Lake, which is part of Major League Soccer. The stadium is at 9256 South State Street Sandy, UT 84070-2604, and opened in 2008. Rio Tinto Stadium was home to Utah Royals FC, which was part of the National Women’s Soccer League, for a few seasons, but they are no longer around.

Here are the America First Field parking tips to be familiar with when driving to the stadium on matchdays or for event days.

How Much is Parking for a Real Salt Lake Game? 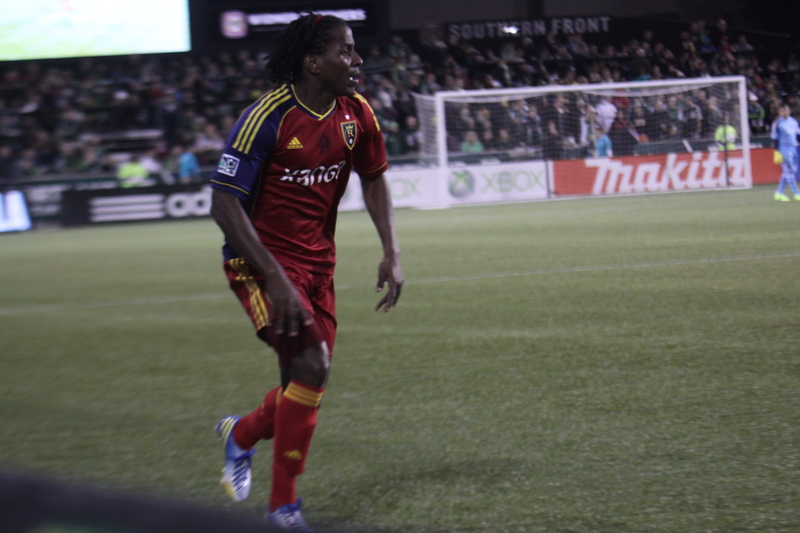 Several official and unofficial parking lots surround the soccer stadium for fans to choose from when driving to the venue. Most parking prices will range between $10-20, but the parking rates can change depending on the event and how far you park from the venue. For instance, if Real Salt Lake makes the playoffs, you can expect prices to increase around the stadium.

Regarding public street parking, fans must read the signs to see where they can and can’t park their car for a game. Read the signs to make sure you can leave your car on the street, or you run the risk of a parking ticket. Also, plan to arrive early to secure a spot on the road since they fill up quickly for games and events.

Fans looking for ADA parking can use the West Lot #1 and South Lot #2, which sit next to the soccer stadium. Due to the limited number of ADA-compliant parking spots, Real Salt Lake encourages fans to arrive early before kickoff to secure an ADA parking spot.

Tailgating occurs in the parking lot 4 before every soccer game for Real Salt Lake. Lot 4 Sits between 9000 S and Rimando Way. You will find many supporters in this area before the match making noise, so it will be hard to miss it as you walk to the stadium.

Can You Bring Outside Food into America First Field? 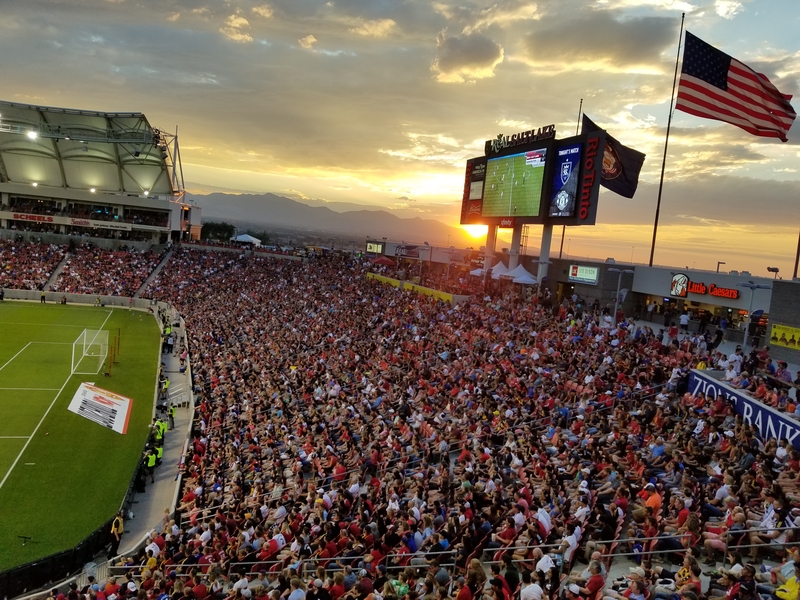 Fans can’t bring outside food into the venue for an RSL game or concert. However, Rio Tinto Stadium does allow fans to bring in one unsealed water bottle that can hold 32 ounces of water. You will most likely find vendors on the street selling water, so take advantage of this to save money on water.

Also, be sure to visit the America First Field Food guide before your next visit. Checking out that link can help show you what’s on the menu for your next game.

No smoking is allowed inside or around the facility at Rio Tinto Stadium.

Fans can use the TRAX 701 light rail system to move from downtown Salt Lake City to the soccer stadium. The light rail station drops fans off about a half-mile from the venue, so it is about a 10-minute walk.

In addition to the light rail system, fans can use the 750 train to get to the soccer stadium. The train station that you will be getting off at is the Sandy Expo station.

Regarding the bus and rideshare programs, fans can also use the services to get to the venue. For the bus, look for the 200 and 201 buses. For Uber and Lyft, you will be dropped right off in front of the stadium for any event.

Specific matches during the regular season draw more fans to the venue than others. The popular games include FC Cincinnati, San Jose Earthquakes, Seattle Sounders, and LAFC. Other popular matches include against the Portland Timbers, Atlanta United FC, and Charlotte FC.