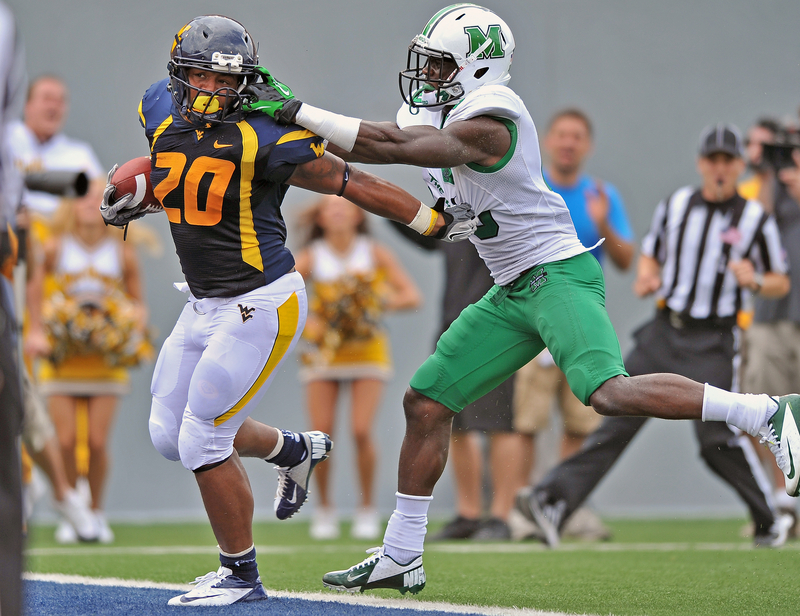 In American football, it’s illegal for any player to grasp or manipulate an opposing player’s helmet. This illegal action results in a personal foul, which is almost always penalized by losing yardage and can cause expulsion from the game in extreme cases. Learn more about this penalty, how many yards a team loses, the history of the penalty, and more now!

What Causes a Facemask Penalty?

A facemask penalty occurs when a player grasps, pulls, and or twists another player’s helmet to try and slow them down. The specific action of grabbing the facemask triggers the penalty. Incidental contact with the helmet is usually not penalized. However, it’s often left up to a referee’s discretion whether the contact is intentional or egregious enough to warrant a facemask penalty.

The “facemask” penalty is because the cage in front of the helmet is the most commonplace player’s grab to manipulate an opponent’s head. However, the penalty extends to grasping other helmet parts, including edges, ear holes, and padding.

Occasionally, running backs and wide receivers may make incidental contact with a defensive player’s helmet while trying to evade a tackle or implementing a stiff-arm deflection. Similarly, a defensive lineman might accidentally touch the facemask of an offensive player. A facemask penalty only occurs if the offending football player wraps their fingers around the mask, which would qualify as grasping the mask.

What About in High School or the NCAA?

In high school football, a player can get a facemask penalty by simply touching another player’s helmet. This frequent call is to keep younger players safe. However, in college football, the NCAA follows similar rules to the NFL, requiring grasping and manipulating the helmet to trigger a penalty.

What is the Result of a Facemask Penalty? 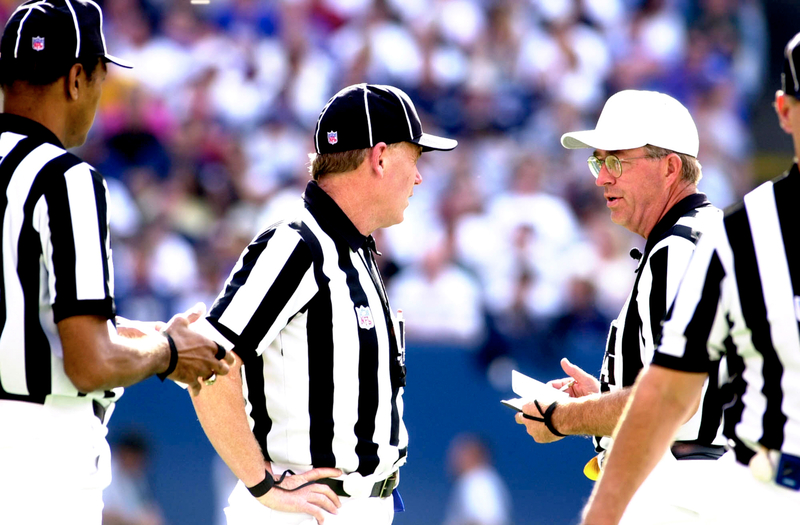 The NFL rulebook states that facemask penalties result in a 15-yard penalty. If the offense commits the penalty, this can also result in a loss of down. If a defender commits the foul, the offensive team can earn an automatic first down.

Suppose the officiating team thinks the penalty is particularly egregious, then the punishment is more severe. For example, the offending player rips off another player’s helmet or uses their grip on the facemask to throw the other player to the ground. In that case, the player may receive an expulsion from the game for unsportsmanlike conduct.

Before 2008, there used to be differing degrees of penalties given to offenders. Historically, if there were incidental grasping of the facemask, players would only get a 5-yard penalty, while intentional actions resulted in 15 yards. The league amended this ruling to remove judgment calls between “incidental grasping” and “intentional grasping.”

Similar Penalties in the NFL

Several illegal blocking penalties are related to the facemask penalty. For example, a horse-collar tackle involves grabbing a player by their shoulder pads behind their helmet and forcing them to the ground. This penalty is similar because it consists of using an opposing player’s equipment to control them.

Illegal use of hands can also include using your hands to touch the face of an opposing player. Like a facemask penalty and a horse-collar tackle, illegal blocking with the hands comes as a personal foul, with a 15-yard penalty.

If a defensive player contacts the head or facemask of a quarterback, they can be at risk for roughing the passer penalty. The NFL is exceptionally diligent in protecting quarterbacks, so it will often call a penalty even if the contact is incidental or if the contact happens before the quarterback throws a forward pass. Referees are similarly cautious about contact made with a kicker’s helmet.

What is The History of a Facemask Penalty?

As far as equipment is concerned, facemasks in football are relatively new inventions. That means there hasn’t always been a facemask penalty. For a facemask to fit a football helmet, the structure has to be rigid enough to support it. That means the punishment didn’t exist during the leather-helmet era.

Plastic helmets became commonplace in the early 1950s, and the penalties came quickly afterward. The NFL adopted and made grabbing the facemask illegal in the 1956 season. The penalty has changed over time, and these days stipulate that grabbing the helmet in any way is illegal, including holding it by the edge or ear holes.

Conclusion About Facemask Penalties in Football

Facemask penalties are penalties that can occur by either the offense or defense on the field. In the NFL rulebook, it’s illegal to grab any part of the helmet to manipulate a player. This penalty results in a personal foul and an automatic 15-yard loss by the offending team. However, in egregious cases, it can cause expulsion or even fines for the player at fault.