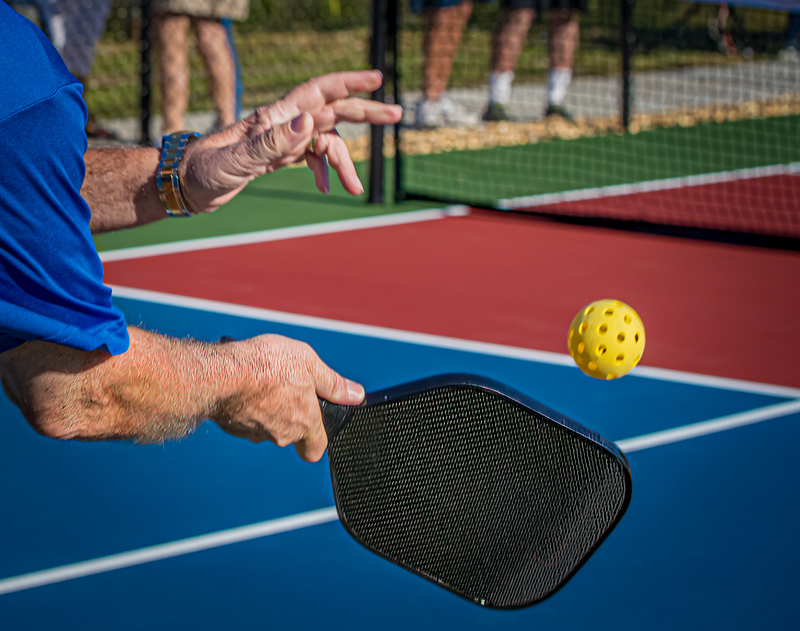 The first step to playing pickleball is to serve the ball and put the ball into play. To serve, hit the ball below waist level underhand, ensuring that your arm moves upward. While the concept is straightforward, there are rules to know and ways to serve to give you or your team an advantage.

So, what are the pickleball serving rules? Do you have to call out the score before every serve? What about other types of serves and drop serves? Is there a difference in serving rules if you are playing doubles?

Here is the complete breakdown of how to serve in pickleball games. 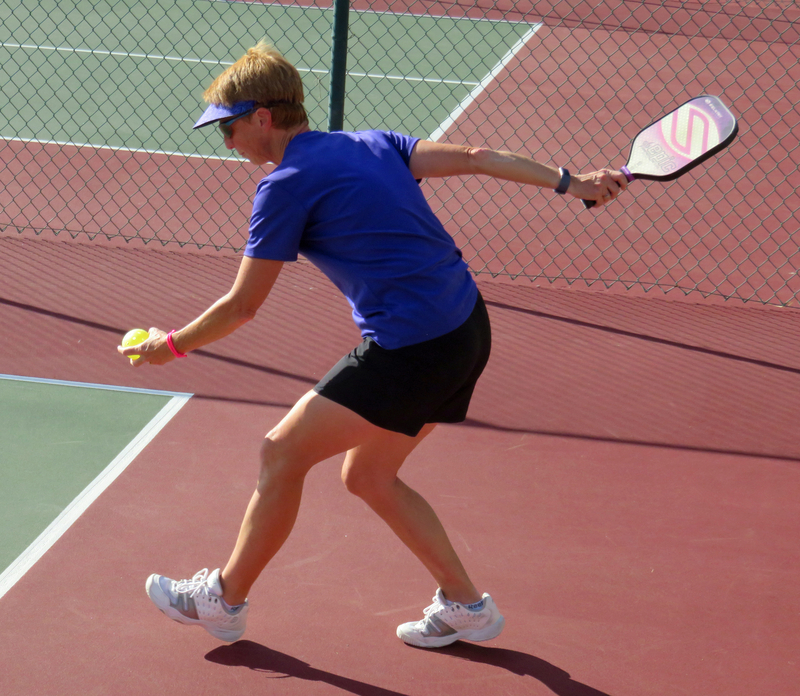 The purpose of a pickleball serve is to put the ball into play. The ball must be hit at any point below the belly button with an underhand serve. Remember that your arm should move upward as you complete your serve. The highest point of your pickleball paddle head cannot go above your wrist as you serve.

You must serve the ball diagonally to the opposite side from behind the baseline. If you step over the baseline, you will receive a fault.

Do You Need to Call out the Score Before a Serve? 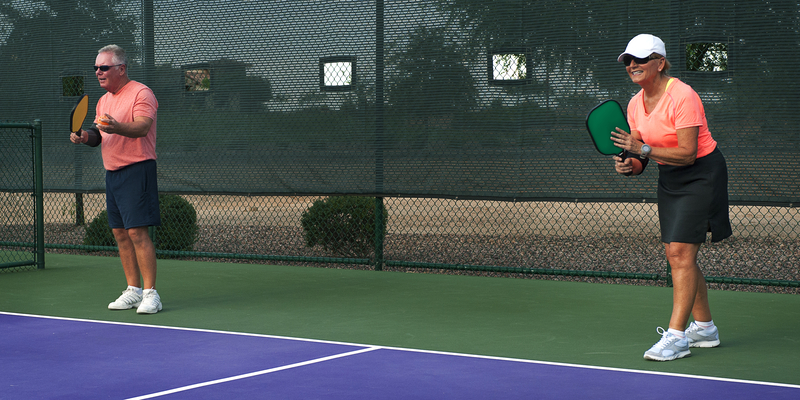 Calling out the score is not only the rule; it benefits everyone else on the court. Keeping track of the score can be very confusing, leaving you asking your teammate, “What’s the score again?” The more often the pickleball players call out the score, the less likely the next server will forget the score.

Knowing the score allows you to keep track of the game’s flow. Strategies often change depending on the score of the opposite team, and you could place your team at a disadvantage if you need to know what the score is.

What are the 5 Types of Serves You Can Use During a Pickleball Game? 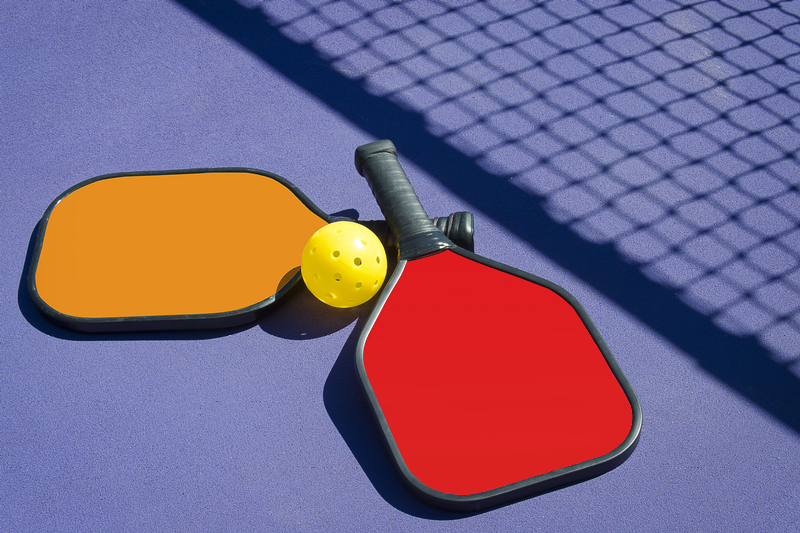 The Power Serve is the first type that most people want to learn; they want to hit the ball hard crosscourt. Hitting the pickleball with a bit of extra power behind it can help ensure that your opponents only send back a weak return to your side. The Lob Serve, also known as The Drop Serve, is another important type of serve that many players enjoy using. Ideally, this serve will go high in the air and land in the back third of the court. It should bounce high, making it harder for your opponent to return.

Another helpful pickleball serve is the Topspin Serve. With this type of serve, the player moves their paddle up the back of the ball. This movement of the paddle causes the ball to rotate, which causes the ball to bounce differently than a traditional bounce. This bounce can make it harder for your opponent to return the ball since they are not anticipating it.

Can You Bounce the Ball When Serving in Pickleball?

The original rules of pickleball stated that you could only serve the ball out of your hand, meaning that the ball was not allowed to hit the ground before a serve. However, the rules were updated at the beginning of 2021, resulting in a change of this specific rule. Since 2021, the server can legally drop the ball and hit it after it bounces. 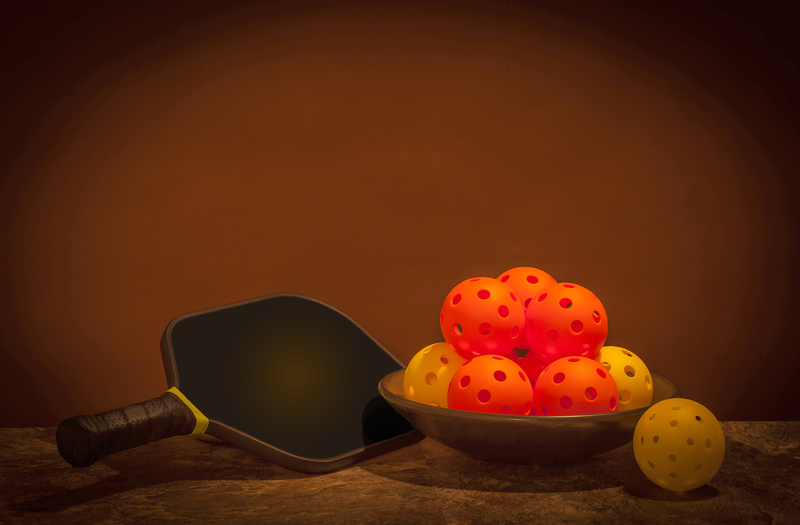 One of the most apparent differences is that you will need to be much more mobile if you play singles pickleball than doubles. Another noteworthy difference between the two is the scoring. When you are playing singles pickleball, there are only two numbers that you need to remember to call out while you are serving. When you are playing doubles, you suddenly have three numbers to remember.

But when it comes to serving, the same rules apply as if you are playing singles. Though the rules remain the same, you should consider switching up your strategy a little if you are playing doubles. One such pickleball serving tip is to be sure to communicate with your teammate. Feel free to be vocal with them; hopefully, it will result in much better teamwork and more wins.

What are Common Mistakes that Occur During Pickleball Serving? 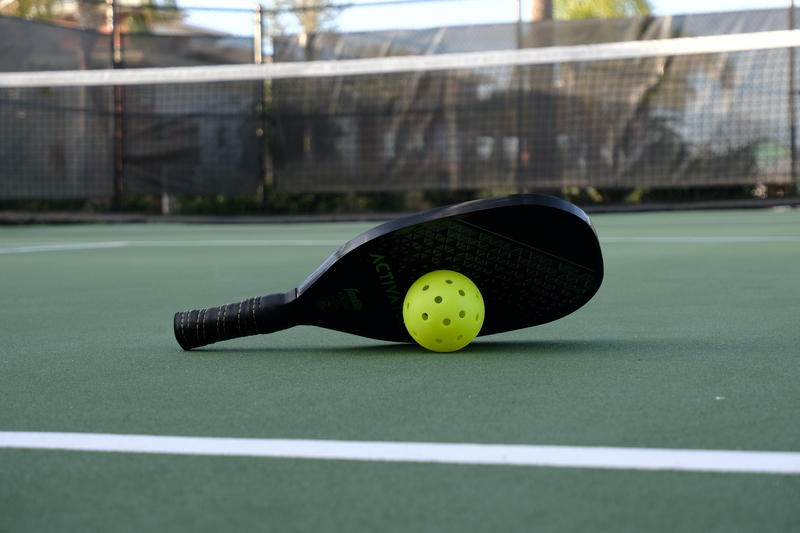 Many beginner players move up on the pickleball court after their serve. However, this can make it harder for the serving team to hit the return over the net. Instead, try staying behind the baseline until you have returned the shot.

Inexperienced players may also try to hit their serve too hard. Hitting the serve too hard is a problem because these types of serves are usually unpredictable. While this may seem good, it can also cause problems if your opponent manages a return of serve.

How to Serve an Ace in Pickleball

If you are looking for an ace in pickleball, remember that you want to avoid hitting the ball directly at your opponent. If you hit the ball further away from them, they will have to reach out to return it, negatively affecting their swing. Likewise, if you hit the ball too close, they will not be able to extend their arm out to hit the ball.

What are Some Tips to Consider When Returning a Pickleball Serve?

Position yourself in a way that will allow you to return the serve with a forehand swing, usually the most accessible and efficient type of swing. To gain an advantage in the volley, you want to return the ball deeply enough that your opponent stays close to the baseline or behind it. Some people prefer to return a serve with a high shot.

Conclusion: How to Serve in Pickleball?

In conclusion, serving in pickleball requires you to hit the ball with an underhand movement to put the ball in play. While you can make an ace in pickleball, that is not necessarily the point of the serve. Remember to call out the score before each serve, or you may get a new penalty. Also, there are several types of serves, each to be used in different situations, giving you a different outcome.

How to Play Pickleball?

How to Choose a Pickleball Paddle?