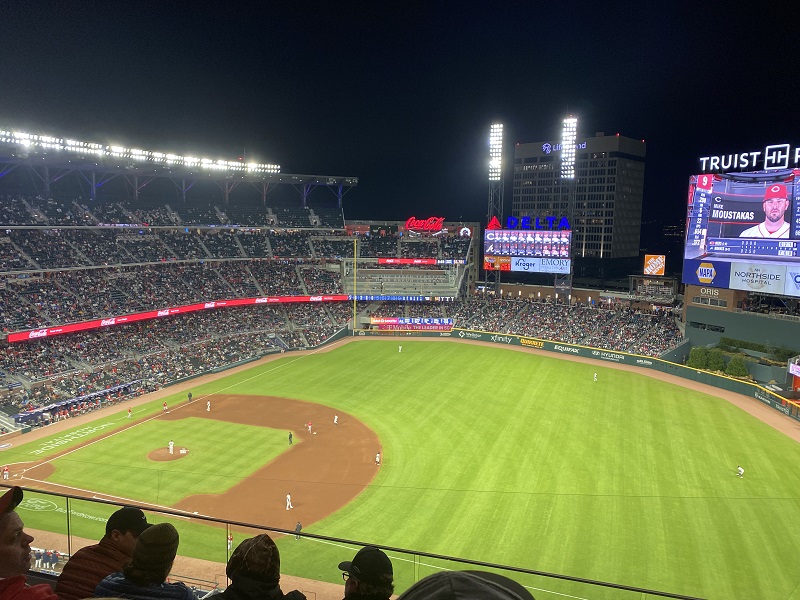 Check out Truist Park Parking to learn about the parking tips at the venue.

The Atlanta Braves built a community around the ballpark, similar to what Nationals Park did. There are plenty of bars and things to do before or after a game, so Battery Atlanta is worth checking out. While I didn’t check these places out before or after a game due to my schedule, I will make a point to visit them if I head back with a group. 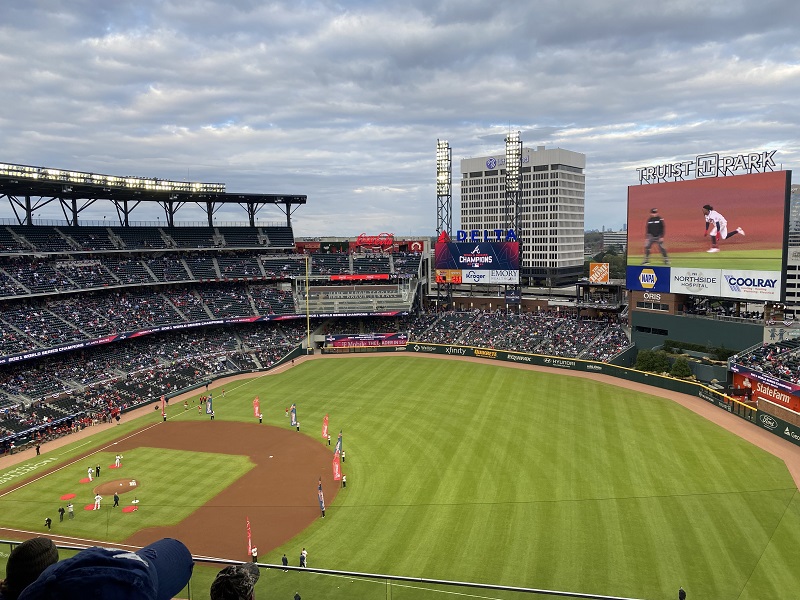 The park itself is new and beautiful. I stumbled across one awesome area while walking: the Hall of Fame section behind home plate. Lots of great nods to the Atlanta Braves history and Hank Aaron. Unlike the New Yankee Stadium that buries their museum into a room, the Braves made it part of the concourse and made it so fans can walk around and view the World Series trophies and more of the team.

Also, I really like how the upper deck is lit up in blue and red. 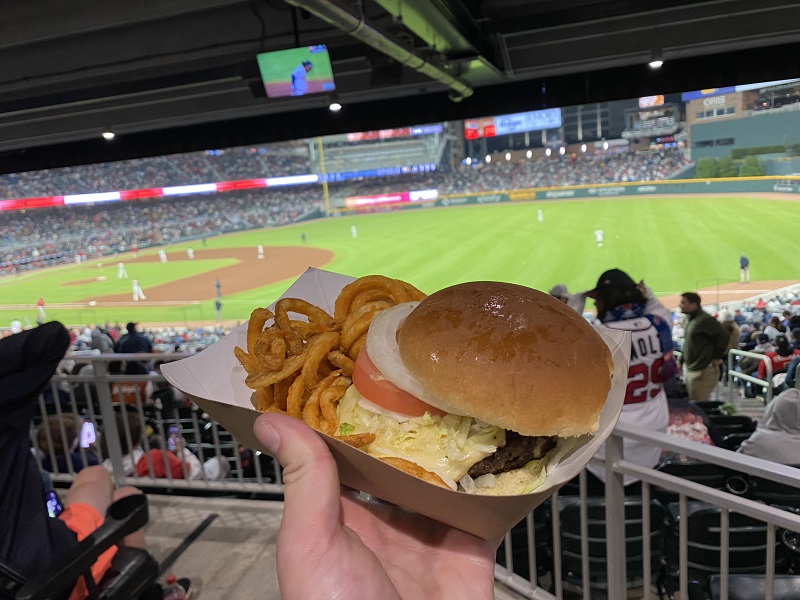 The ballpark food was what you would expect when catching a game. The Potato Cutter area was popular with fans. The Chop House out in the right field is worth checking out if you want to hang inside for a bit and eat and drink to escape the weather on a cold night.

Check out the Truist Park Food options to see what is on tap.

I was at the game on 4-8-2022, making it the second game of the season. The crowd was in it for the most part, but it was freezing for a game in Atlanta. I gave the fans an average score due to the cold weather and it being game two of the year. The Braves also won the game, so that was great.

Also, the chop that the fans do is pretty cool. I was in the concourse when it began in the middle of the game, so I didn’t get to take a photo, but it looked cool.

If I’m in Atlanta during the baseball season again, I will try and time it better to catch a Braves game and an Atlanta United FC game at Mercedes Benz Stadium. However, if I’m not with a group of people who want to check out Batter Atlanta, I will probably time my trip to only go to an MLS game. The ballpark and the experience were good, but the distance from downtown Atlanta isn’t great, making it fall down on my list of favorite ballparks.