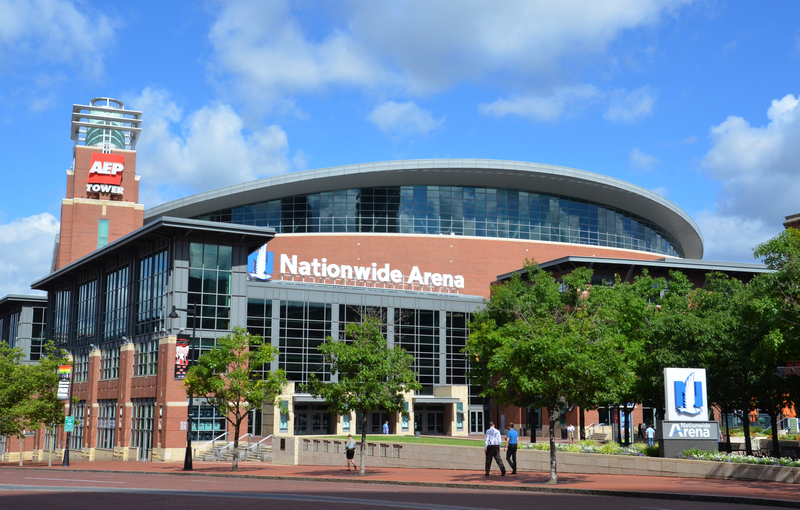 Nationwide Arena is the NHL home of the Columbus Blue Jackets team. The venue opened in 2000 in downtown Columbus in the Arena District at 200 W Nationwide Blvd, Columbus, OH 43215. Outside of hosting the NHL team, the venue hosts plenty of concerts, performances, events, shows, and more year-round for fans in Ohio to enjoy. 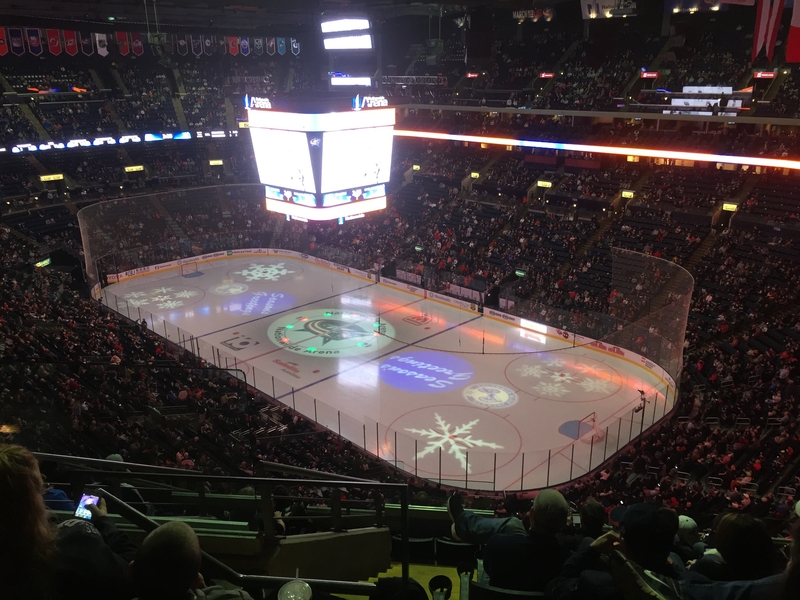 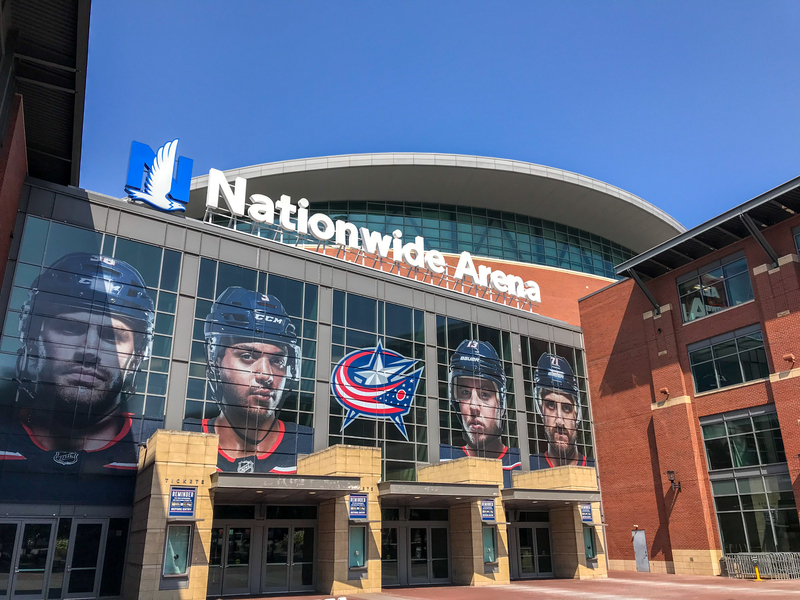 Fans can’t bring any outside food or drinks into the stadium. However, there are plenty of restaurants and bars nearby the venue to check out with friends before a game. Those places include Wario’s Beef and Pork, Sunny Street Cafe, Whistle & Keg, Rodizio Grill, and Goodwood Columbus.

Also, be sure to check out the Nationwide Arena parking guide before driving to the hockey arena. By using that link, you can secure parking and save money too. 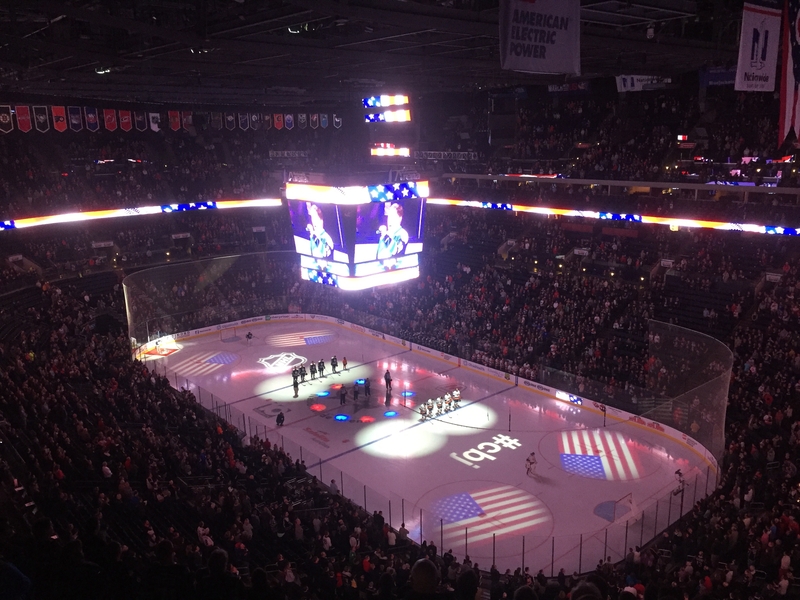 Certain Blue Jackets games during the regular season bring more intensity to the home arena than others. Some of those matches with the most intensity are when the St. Louis Blues, Calgary Flames, Nashville Predators, and Chicago Blackhawks visit. Other popular games against the Blue Jackets are against the Minnesota Wild, San Jose Sharks, Arizona Coyotes, and Anaheim Ducks.

Finally, when the Columbus Blue Jackets make the playoffs, you can expect those games to be electric in the arena.

The seating capacity at the stadium for a Columbus Blue Jackets hockey game is 18,500. For basketball games, the venue can hold about one thousand more people. Finally, concerts, events, shows, performances, and more can fit close to 20k fans.