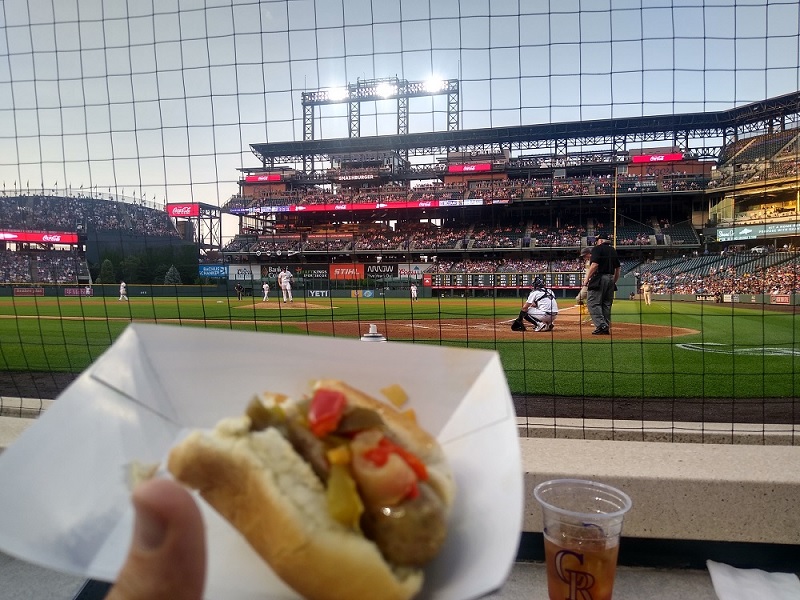 Coors Field is the ballpark home to the MLB Colorado Rockies team out in Denver, Colorado. The venue opened up in 1995 and adds new additions to the ballpark today, like The Rooftop in the right field. Not only is the stadium in beautiful downtown Denver, or what the locals call LoDo, but the stadium has some of the best ballpark food items to enjoy when watching a Rockies game.

Here are some of the best food options to get at Coors Field. 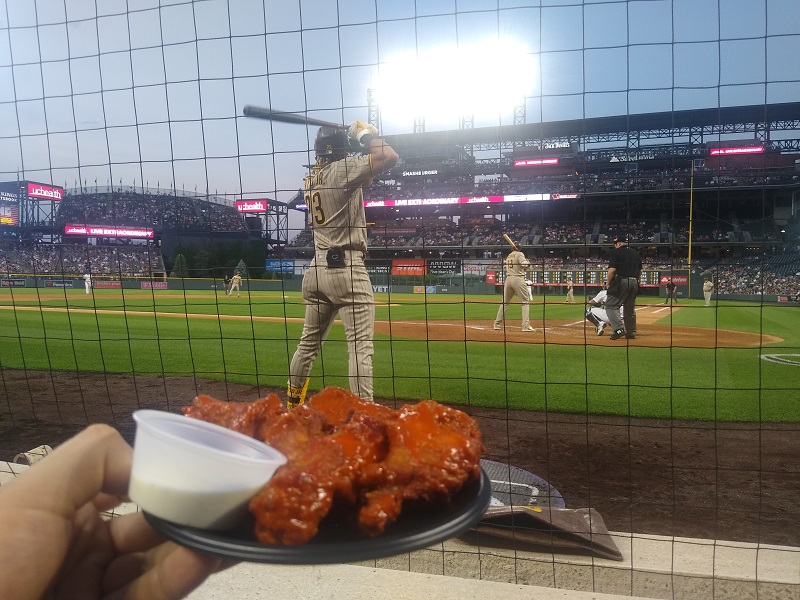 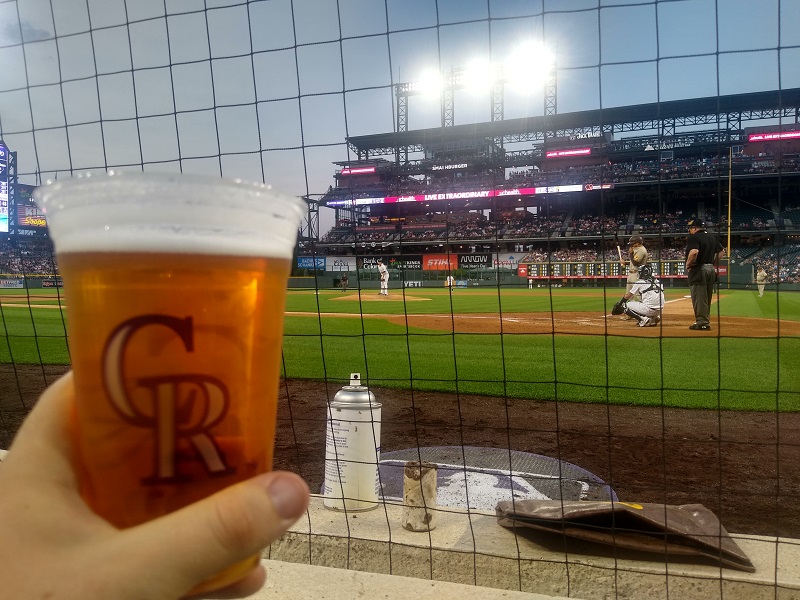 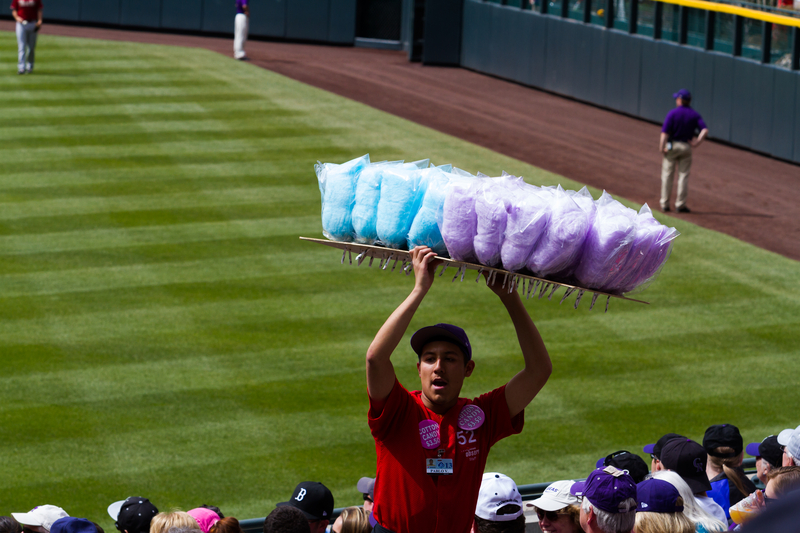 Can you Bring Outside Food into Coors Field?

There is no smoking in the seating area at Coors Field. However, there are smoking dedicated sections within the venue. Check out the full list of smoking information and more with this link.

Popular Matches Against the Colorado Rockies 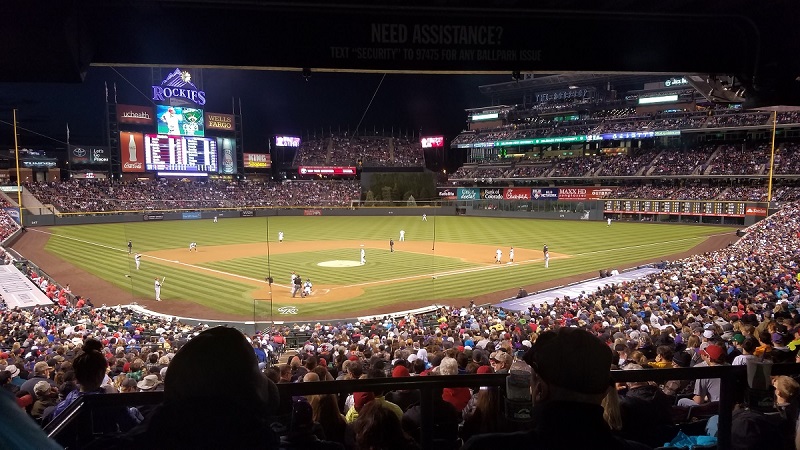 When the Colorado Rockies are doing well in the standings, more fans will show up to the ballpark. However, certain matches always bring a lot of fan interest to the venue. These big ticket games include the Los Angeles Dodgers, San Diego Padres, San Franciso Giants, and St. Louis Cardinals.

Fans looking for less expensive tickets to Coors Field should go during a weekday game. Weekday games tend to be less expensive than weekend games because, naturally, less people are able to go. Consider going to games against the Arizona Diamondbacks, Milwaukee Brewers, Cincinnati Reds, and the Pittsburgh Pirates since there will be plenty of cheap tickets to get.

Check out GameTime to save money on Colorado Rockies tickets!

How Many World Series Championships Have the Colorado Rockies Won?

The Colorado Rockies have only been in Major League Baseball since 1993, which was the same year as the Marlins. As a franchise, they have never won the World Series. However, they did go to the World Series in 2007, but they lost to the Boston Red Sox that year.

What is the Average Attendance at a Rockies Home Game? 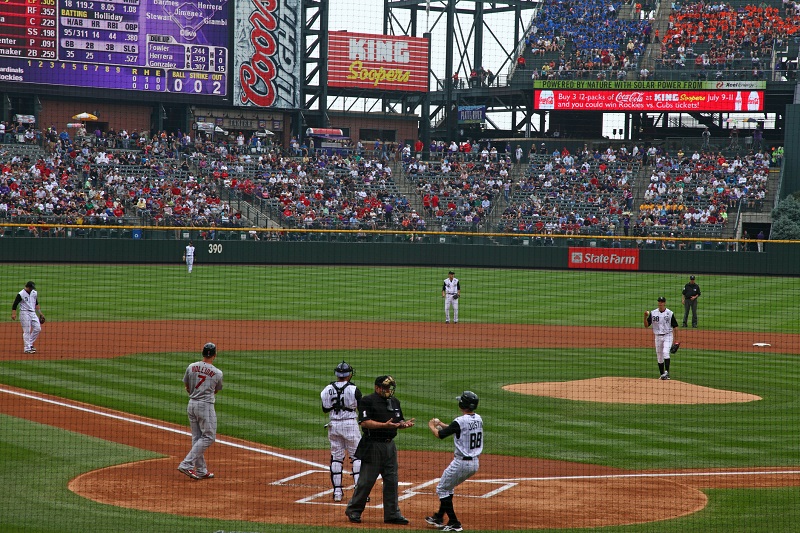 The 2021 baseball season had less fans able to attend games. With that being said, the Rockies were one of the most popular teams via average attendance that season. The team had over 24k fans on average go to a Rockies home game, and they were just under 2 million fans for the entire season. Even with a few thousand seats removed from the upper deck, Coors Field is still one of the bigger ballparks in the game with a seating capacity of 50k with standing room sections.

In conclusion, Coors Field has some of the best baseball food options for fans to enjoy. The Rooftop out in right field offers ample standing room sections while enjoying great food and drinks. In addition to the food beer, you will also have an amazing view of the field and Rocky Mountains out in The Rooftop.

Finally, fans can also find great Coors Field parking deals with that link. Enjoy your next trip to 2001 Blake Street, Denver, CO 80205 without worrying about parking!