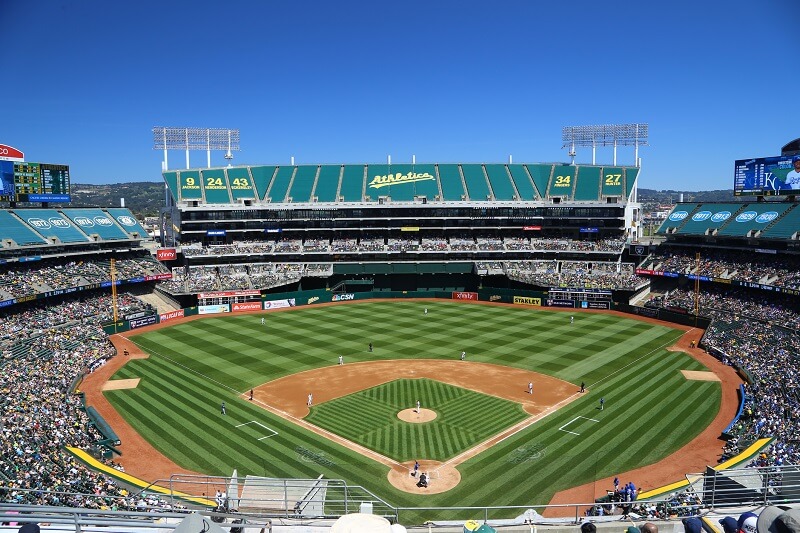 Parking at RingCentral Coliseum for the Oakland Raiders

RingCentral Coliseum (previously Oakland-Alameda County Coliseum or Oakland Coliseum) is home to two professional sports team. The MLB (Major League Baseball) Oakland Athletics and the NFL Oakland Raiders both call this facility home in 2019. The venue sits out on in the bay area on 7000 Coliseum Way, Oakland, CA 94621 in the United States. 2019 will mark the final season for the Raiders in Oakland as they are moving to Las Vegas.

How Much is RingCentral Coliseum Parking

If you plan to park in the RingCentral Coliseum parking lots, you can expect to pay around $20. Gates open around 2.5 hours on game day, but certain tailgating lots open a bit earlier.

The Athletics offer handicap parking options for fans to use for NFL Games at the surrounding parking lots. The handicap section is in the first two rows of the parking lots near Oracle Arena where the Golden State Warriors play basketball. A valid parking pass will be necessary for fans to park in these lots.

Can you Tailgate at the Oakland Arena?

Tailgating in the parking lots was part of the fan experience when coming to a Raiders NFL game.  Parking lots open at different times, but tailgating areas open four hours prior to kick off.

Fans can take the BART to the Coliseum BART station on game day if they want to use public transportation. The station is a five minute walk to the venue, so this is a popular option for bay area residents.  In addition to using the BART, fans also use Uber and Lyft to get to and from the arena.

The Oakland Athletics have a passionate group of fans who come and see them play each game. You can expect large crowds to flock the stadium when the Los Angeles Dodgers, San Francisco Giants, New York Yankees, Houston Astros, and Boston Red Sox visit. Other exciting games include the Minnesota Twins, Colorado Rockies, San Diego Padres, and New York Mets.