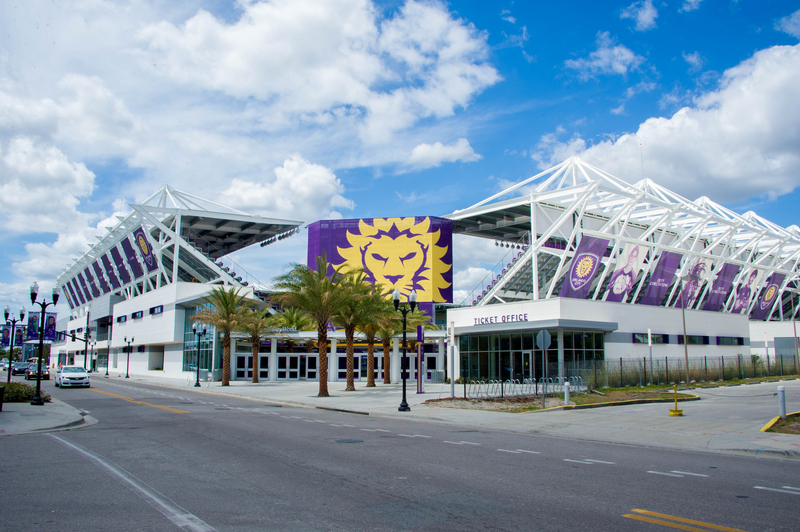 Exploria Stadium (previously Orlando City Stadium) is home to Orlando City SC, a team of Major League Soccer and Orlando Pride, which is part of the National Women’s Soccer League. The venue opened in 2017 at 655 West Church Street, Orlando, Florida, 32805. The soccer Stadium sits less than half a mile from Amway Center, where the Orlando Magic plays professional basketball.

Here is the ultimate guide to Exploria Stadium parking.

How Much is Parking for an Orlando City SC / Orlando Pride Match?

With the soccer stadium in downtown Orlando, fans will have a wide range of unofficial parking lots to consider when driving to 655 W Church St, Orlando, FL 32805 for a game. Most parking lots will go for about $20-30, depending on the event and how far you are willing to park from the stadium.

In addition to unofficial parking garages, fans can also take advantage of street parking. If you end up using street parking, remember, you are in the city of Orlando, so make sure you are in an area that allows street parking. Otherwise, you can run the risk of a parking ticket if you park in a place you can’t. 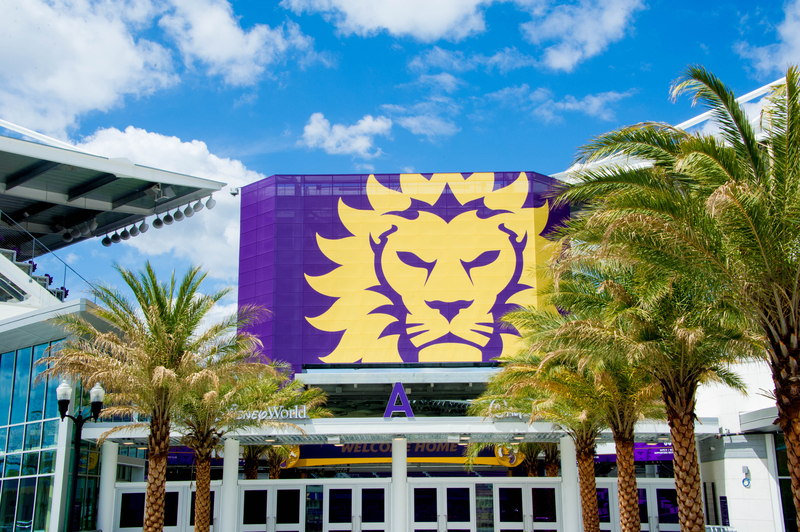 Lot A at the soccer stadium is an accessible parking lot since it is the closest to the stadium. Handicap parking comes on a first-come and first-served basis, so consider getting to the venue. If possible, book your parking ahead of time before the soccer game or event to ensure you get an ADA parking spot.

Tailgating before an Orlando City FC/ Orlando Pride match occurs three hours before kickoff at the Fan Zone. The Fan Zone sits on the east side of the soccer stadium.

In addition to the Fan Zone tailgating and festivities, fans can visit some local bars before and after a game. Some bars and restaurants include The District GastroBar, Lizzy McCormack’s Irish Bar, Harry Buffalo, and Harp & Celt Irish Pub and Restaurant.

Can You Bring Outside Food into Exploria Stadium?

Fans can’t bring outside food or drinks into the soccer stadium for any event.

There is no so smoking allowed inside Exploria Stadium.

Fans can take the bus and SunRail to Exploria Stadium for a soccer game or event. For the bus, you want to use bus routes 19, 21, and 40. For SunRail, you want to use the Church Street Station near the soccer stadium.

Finally, fans can take a rideshare program to and from the soccer stadium for an event. The pickup and drop-off area at the stadium is the Grove Park Lot.

The soccer venue has a seating capacity of 25,500.

Orlando City FC has some of the most loyal and passionate MLS fan bases today. You can expect more fan interest to arrive at the soccer arena when Inter Miami CF, Atlanta United FC, New York City FC, and Seattle Sounders visit. Other popular matches include against the New York Red Bulls, LA Galaxy, D.C. United, and LAFC visit.

Orlando Pride Matches that are Popular

There are specific matches against Orlando Pride that are more popular than others. Some popular games against the Orlando Pride include the Portland Thorns FC, Kansas City, Houston Dash, and Angel City FC. Other popular game-day matches include San Diego Wave FC, Ol Reign, and NJ/NY Gotham FC.