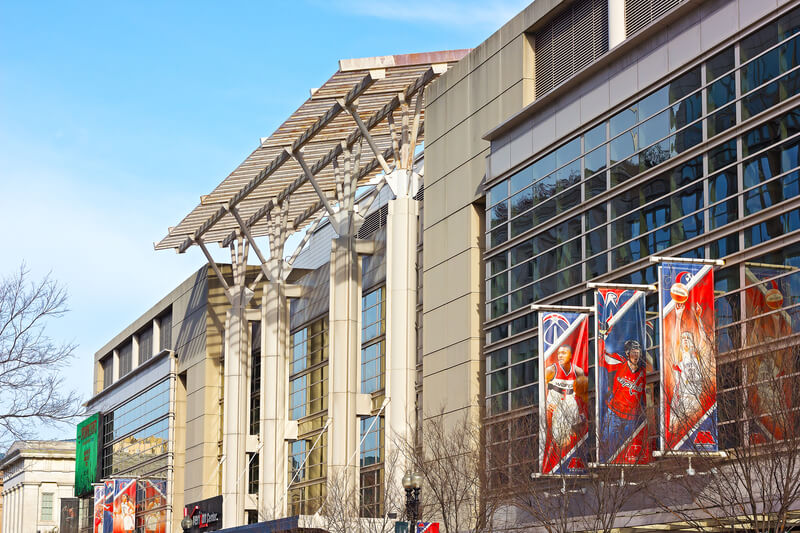 Capital One Arena (formerly known as the Verizon Center) is home to the Washington Wizards NBA team and Washington Capitals NHL team. The arena sits out in the Chinatown district on 601 F St NW, Washington, DC 20004. The Capital One Arena is directly above the Gallery Place – Chinatown Metro station too. In addition to hosting sport games, you can find many concerts and events at the arena all year.

How Much is Capital One Arena Parking Lots?

If you plan to park near Capital One Arena, you can expect to pay between $10-$40. Fans can find $10 parking options at 625 Indiana Avenue and 650 Massachusetts Ave NW Garages. Each of those parking lots is a five-minute walk to the venue, but arrive early to claim a spot. In addition to those listings, fans can find great parking deals using SpotHero and reserve a space before your next visit!

All parking lots and parking garages are ADA compliant, but it’s best to arrive early for these parking spaces. Fans will need to present a valid state ID and parking pass sticker to park in these ADA spaces. If there are any questions on where you should go, you can ask the friendly parking staff at the venue. 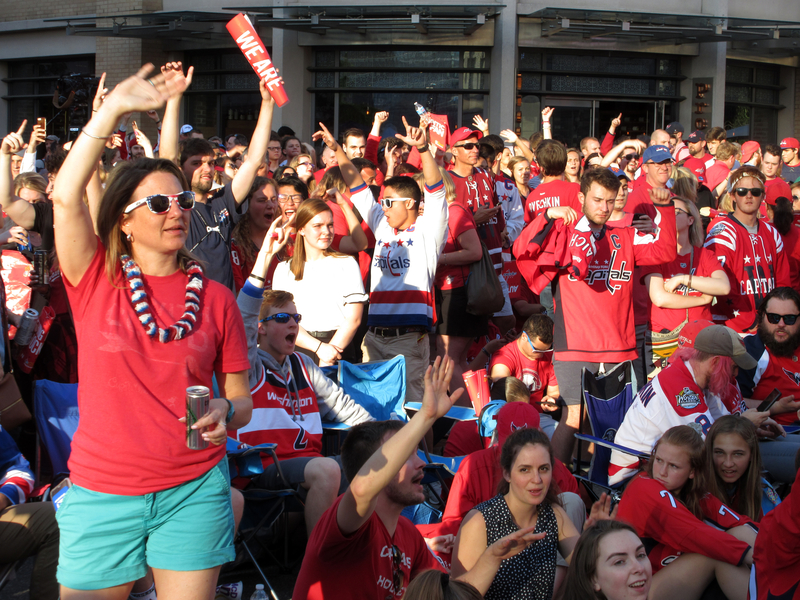 There is no tailgating at the arena, but there are plenty of bars in downtown Washington DC to check out. Some popular bars include Bar Louie, Demson Liquor Bar, Free State, and Rocket Bar. Other great food and drink choices include the Cocktail and Whiskey Lounge, Jackpot, Flight Wine Bar, and Work and Roll.

Fans looking to take public transportation can use the Metro to get to and from the venue. Four metro stations are within walking distance to the venue at Metro Center, Judiciary Square and Archives-Navy Memorial Penn Quarter. Metro hours run till midnight Sunday- Thursday and stay open till 2 AM on Friday and Saturday.

In addition to the Metro, fans can also use a rideshare program like Uber and Lyft to get to the arena. There are five official Uber and Lyft pick-up and drop-off lots that surround the stadium, so it makes leaving the venue easy. The pick up and drop off areas are 7th and H, 7th and F, 6 and H, 6th and G, and 6th and F.

Concerts and Other Upcoming Events at the Arena

The venue hosts many concerts and events for fans to check out all year long. Popular shows include Chance the Rapper, Chainsmokers, Post Malone, Casting Crowns, and Carrie Underwood. In addition to concerts, you can watch Monster Jam, All Elite Wrestling, the Washington International Horse Show, Disney on Ice, The Harlem Globetrotters, WNBA games, and Georgetown Hoyas games.