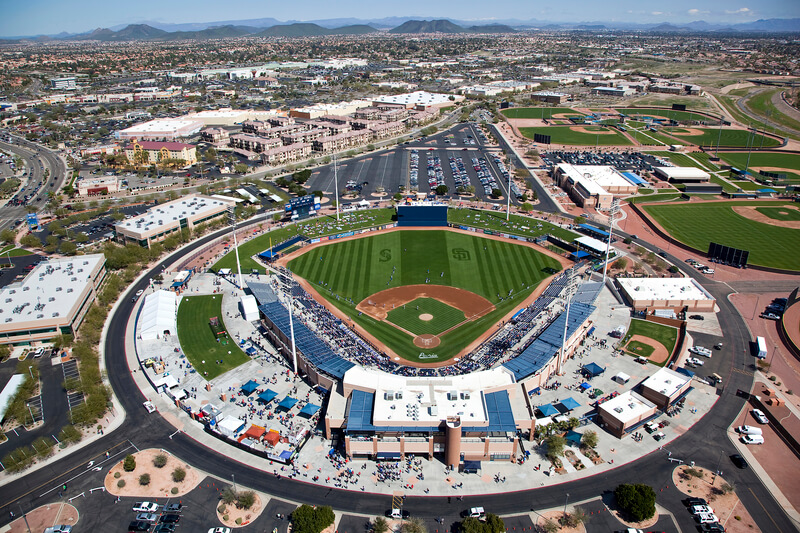 Peoria Stadium is the spring training home to the San Diego Padres and Seattle Mariners Major League Baseball teams. The exact address of Peoria Sports Complex is 16101 N 83rd Ave, Peoria, AZ 85382. One fact about this venue on 83rd Avenue was introducing a two-team spring training complex in the United States. The location of the site is in Arizona, so it’s part of the Cactus League.

How Much is Parking at Salt River Fields at Talking Stick?

What is the Seating Capacity of the Spring Training Ballpark?

The seating capacity of the venue sits over 12,000 people. Most baseball games for the Mariners or Padres won’t sell out, but specific matches draw more fans than others.

What are the Dimensions of the Training Facility?

The outfield dimensions of the venue are not far from home plate. With the place being part of two Major League teams, you will see that the sizes don’t mirror either team’s actual MLB venue.

Where do the Padres and Mariners Play During the Regular Season?