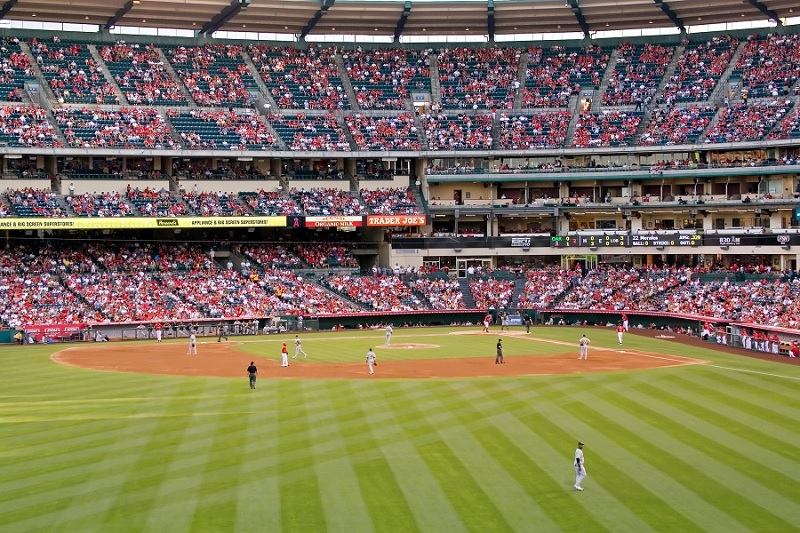 Angel Stadium is the ballpark home to the MLB Los Angeles Angels of Anaheim team in California. Out in Orange County, the venue is one of the oldest MLB parks in the game today. While the stadium is old, the Angels continue making improvements to the stadium to enhance the fan experience.

When the Angels are good, you can expect big crowds to show up to the venue for baseball. The Angels have some of the most knowledgeable fans in the game today.

Below are some of the best food options at “The Big A” to try during a baseball game. 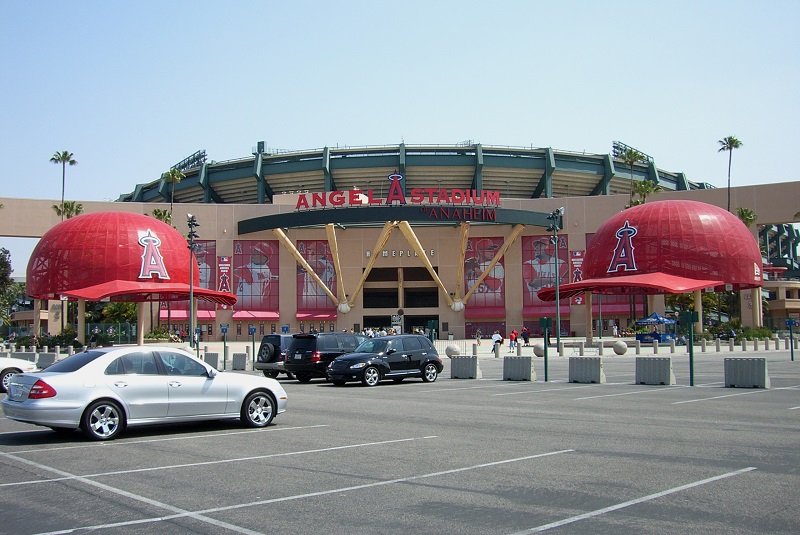 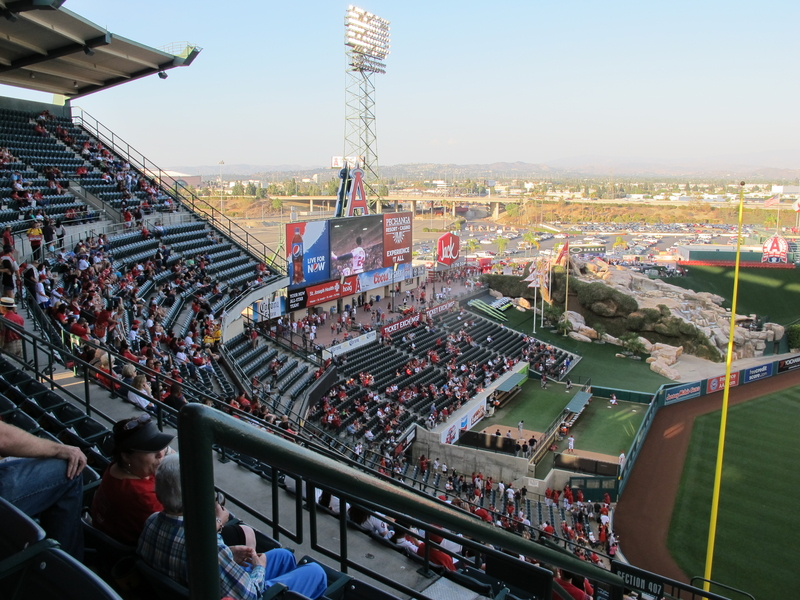 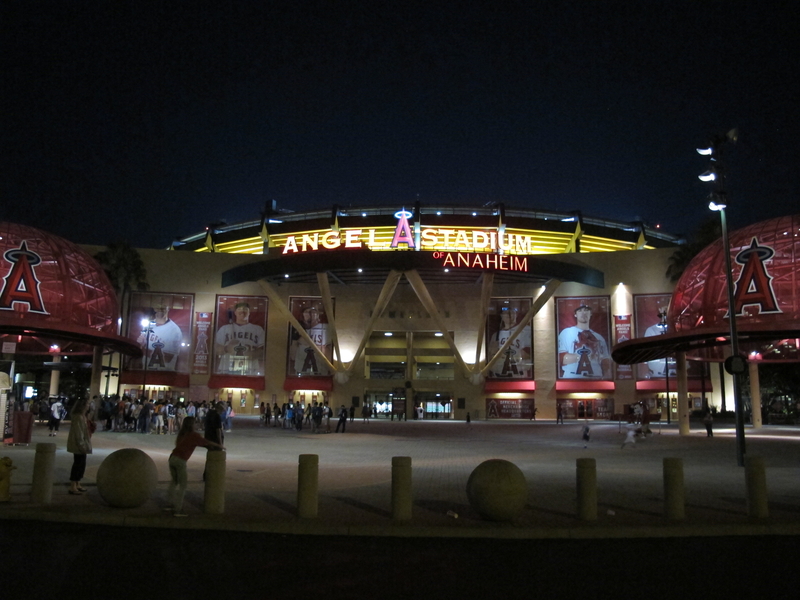 Can you Bring Outside Food into Angel Stadium?

According to MLB.com, fans can bring outside food and water into Angel Stadium on gameday. Fans looking to bring in food must pack their items in a clear plastic bag for security inspection. However, fans are unable to bring in any food that seems to exceed the limit for an average fan to eat.

There is no smoking in any of the seats at Angel Stadium. However, there is a designated smoking area outside gate 1 and 4. Check out the link for more details. 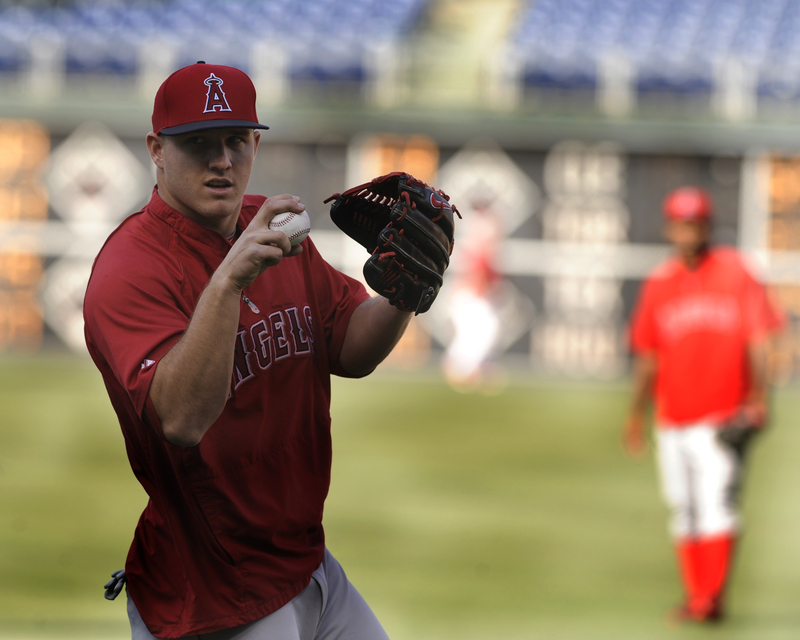 Fans looking for less expensive tickets to see the Angels and Angel Stadium should go during a weekday match. Weekday matches will be cheaper than what you will find on the weekend. In addition to that, consider going to a game against the Tampa Bay Rays, Baltimore Orioles, Kanas City Royals, and the Detroit Tigers since those tickets will always be cheaper on third-party sites.

How Many World Series Championships Have the Los Angeles Angles Won? 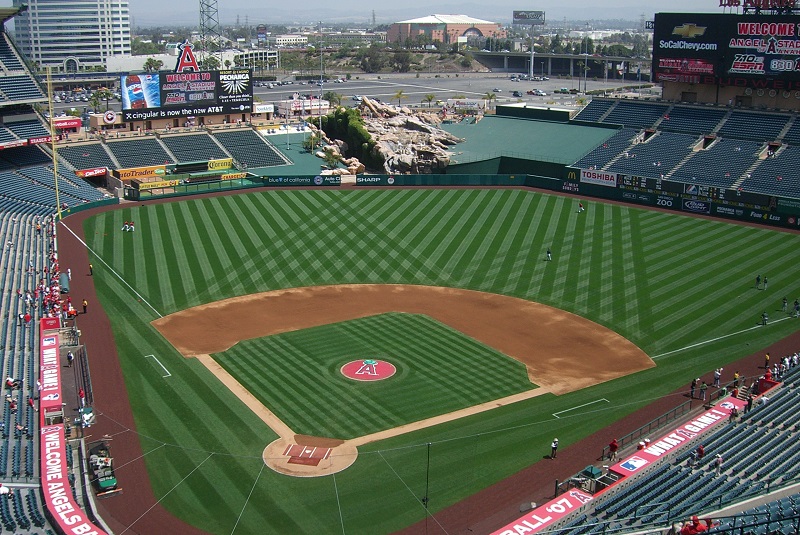 The Los Angeles Angels have won one World Series in their franchise. Their one and only World Series trophy came in 2002 against the San Francisco Giants.

What is the Average Seating Attendance at Angel Stadium? 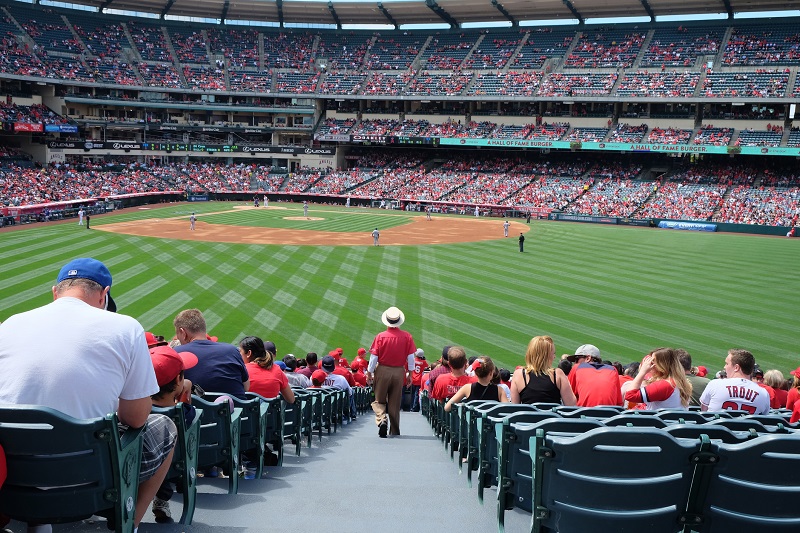 The 2021 Major League Baseball season limited the number of fans attending games. With that said, the Angels were in the middle of the pack via gameday attendance. An average baseball game at Angel Stadium had 18k fans show up to watch them play.

Angel Stadium has a seating capacity of 45k fans.

Angel Stadium of Anaheim has many delicious food items for fans to enjoy when watching a game. Catching a Major League Baseball game at Angel Stadium is a treat with players like Mike Trout and Shohei Ohtani on the team since they are once-in-a-generation types of players. Fans looking to experience Angel Stadium at full capacity should buy tickets against the Boston Red Sox, New York Yankees, or LA Dodgers when they come into town. If you can time your matchup to see the Dodgers at Angel Stadium, you will witness the freeway series, which is a big deal in LA.

In addition to food, fans can also find great Angel Stadium parking deals when heading to Gene Autry Way for a Major League Baseball game. Check out that link to see where you should park when arriving for a baseball game!