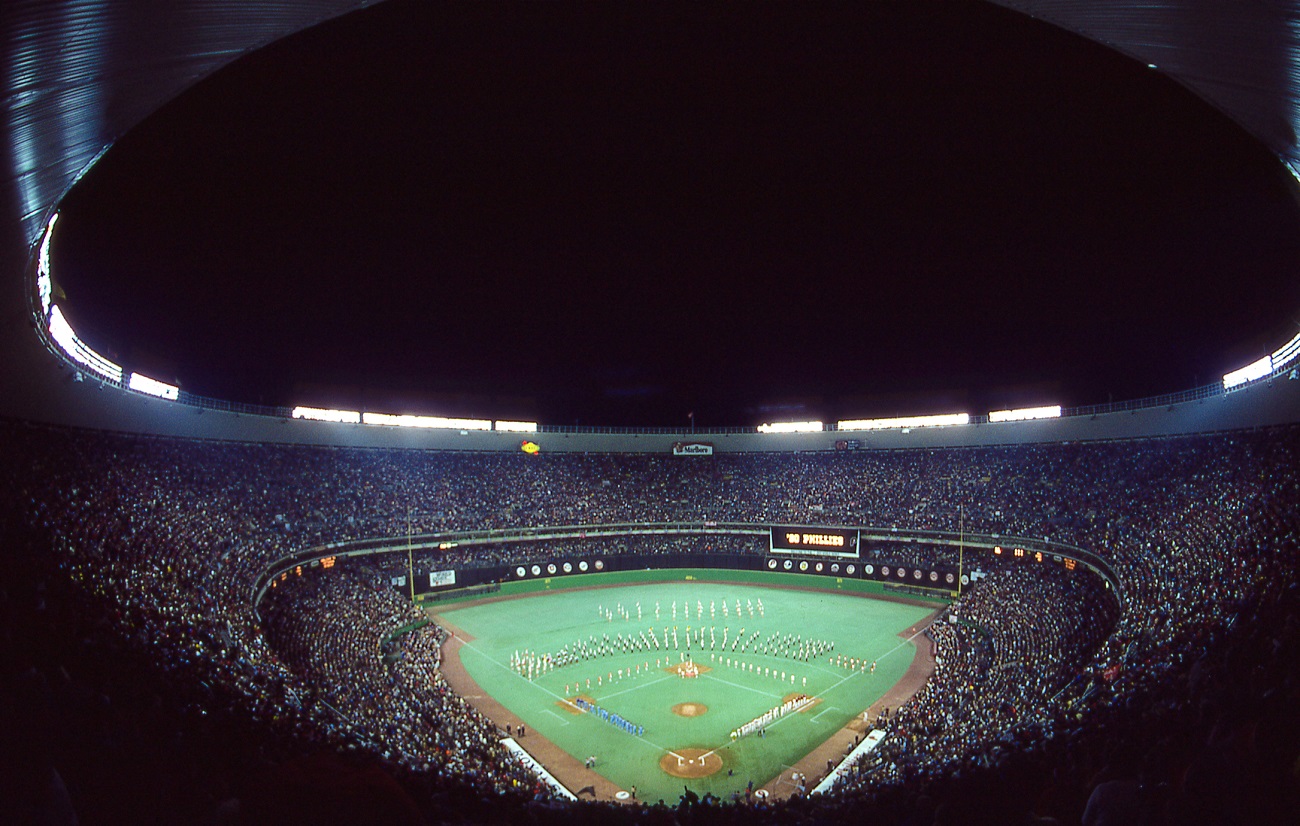 When Did Veterans Stadium Open?

Veterans Stadium opened up on April 10, 1971. The venue was a multi-purpose facility (like many stadiums back in the day) where football and baseball games could play there. Veterans Stadium had its final baseball game on September 28, 2003, before the Phillies moved to their new stadium, Citizens Bank Park.

Check out the list of the oldest MLB stadiums that are in the game today.

Where was Veterans Stadium Located?

The location of Veterans Stadium was in the South Philadelphia Sports Complex, which is where Citizens Bank Park is. Veterans Stadium was demolished after the 2003 season. With the venue no longer around, the Phillies and Eagles use the new space to help more fans park at the sports complex for football and baseball games.

Check out the Citizens Bank Park Parking guide if you plan to drive to the game. In addition to baseball games, fans can watch their football, hockey, and basketball teams plays in the same complex. Check out the Lincoln Financial Field Parking and Wells Fargo Center Parking tips for going to those venues.

What Team Played at Veterans Stadium?

In addition to baseball games, The Philadelphia Flyers (NHL) and Eagles (NFL) called Veterans Stadium their home. The Phillies are a Major League Baseball Team in the National League East Division. Back in the 70’s, you had many different sports use the same facility. Having a cookie cutter venue made the transition into different sports easy, so that was why their was that design.

What were Veteran Stadium Dimensions?

With the stadium being a cookie-cutter field, you had the same dimensions all around the area from home plate. Out in the left field, you were 330 feet from home plate, 371 in left center, 408 in the center, 371 in the right center, and again 330 feet out in right field. The field dimensions were almost identical to the old Busch baseball stadium.

What was the Capacity of Veterans Stadium? 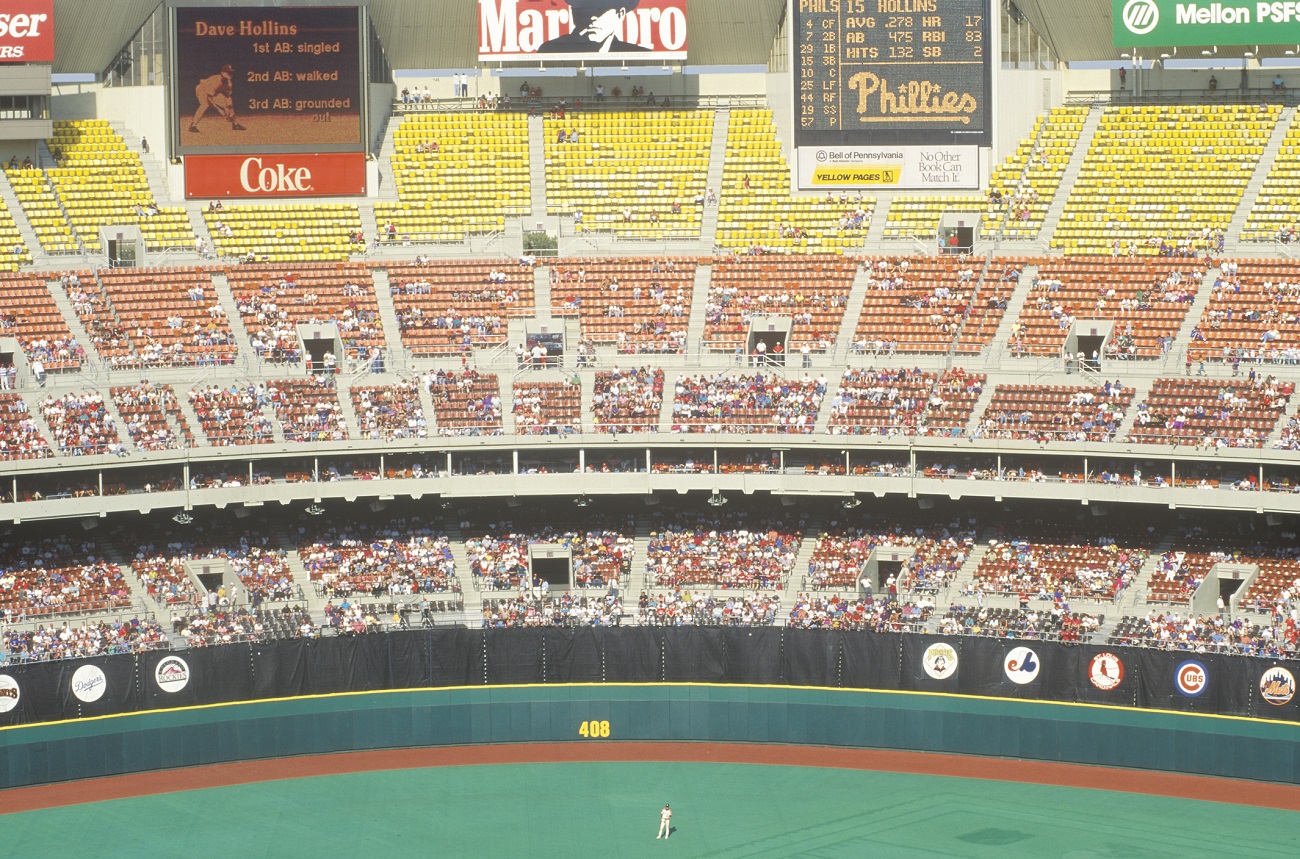 In addition to regular season games, Veterans Stadium was the host to two All-Star Games. The All-Star games were in the summer of 1976 and 1996.

Outside of baseball, Veterans Stadium was the host to many other events. The site hosted the annual Army vs. Navy football game from 1980-2001. One infamous moment took place during an Army vs. Navy game where a support rail collapsed in 1998 which began serious discussions to build a new facility. Towards the end of the time of place, Veterans Stadium was having structural issues and a new stadium was necessary.