When Did Turner Field Open?

The first game at Turner Field was on March 29, 1997. The original purpose of the ballpark was for the Summer 1996 Olympic games, but then later converted into an MLB ballpark. The stadium was built as Centennial Olympic Stadium but then became known as Turner Field. The name Turner Field came from Ted Turner who was a businessman and founder of CNN. The ballpark’s run was from 1997 to 2016. The new stadium where the Braves play is Truist Park which is in Cobb County in the city of Atlanta.

Check out the oldest MLB stadiums in the game today.

Where was Turner Field Located?

Turner Field’s location was in Atlanta, Georgia in the United States. Braves fans in the Georgia State where able to drive to 755 Hank Aaron Drive and pre-game in the parking lot before the game. The ballpark was set a bit outside of downtown Atlanta but was accessible by car and bus on game day. The Georgia Dome was already in downtown Atlanta, so the Braves Stadium was set a bit further back.

What Team Played at Turner Field? 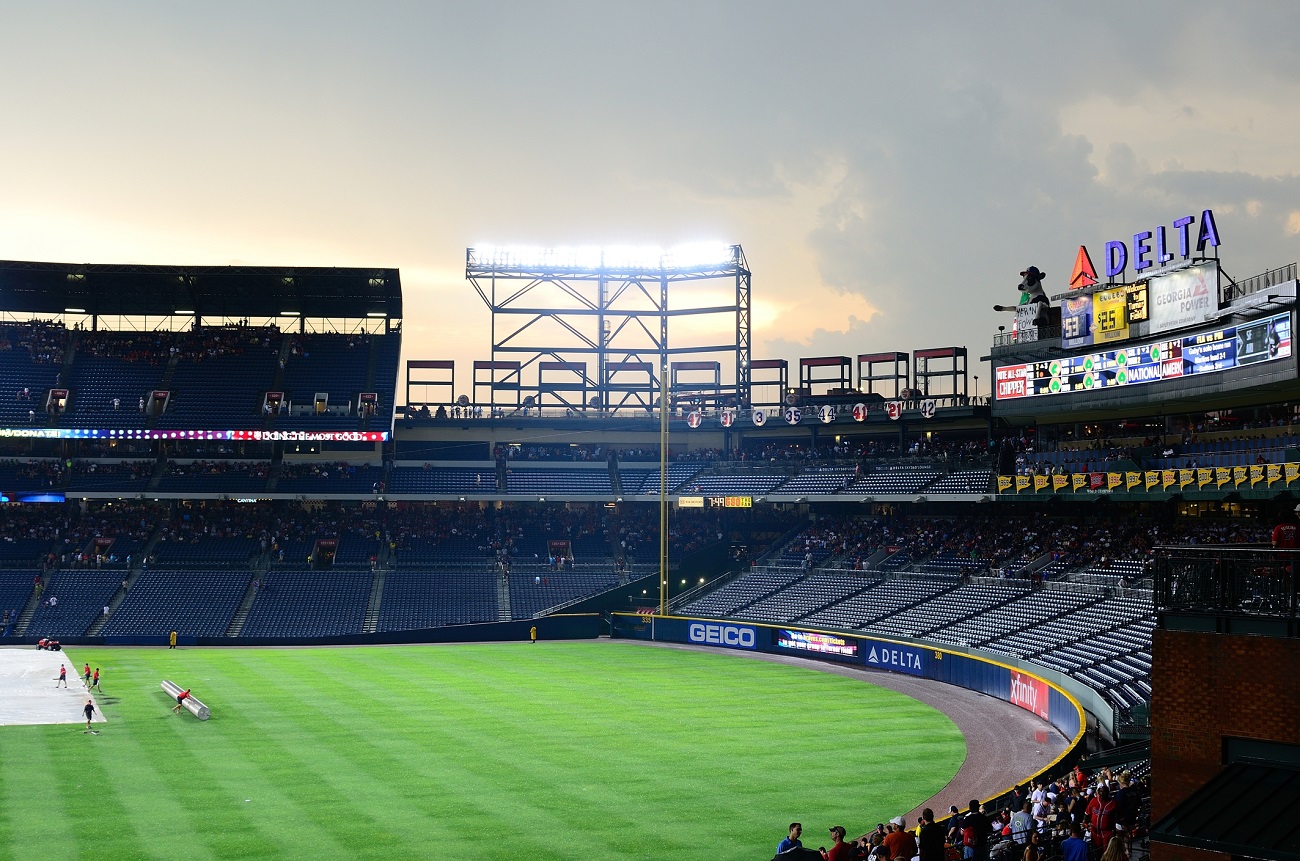 The Atlanta Braves are a Major League Baseball (MLB) team in the National League East Division. The National League East Division includes the New York Mets, Philadelphia Phillies, Miami Marlins, and Washington National. Turner Field was home for about twenty years for the Braves. A few World Series games took place at their facility in the late ’90s against the New York Yankees. The years of those World Series games were 1996 and 1999.

Check out the Truist Park Parking guide if you plan to drive to the new facility.

What were the Dimensions at Turner Field?

What was the Capacity at Turner Field?

Turner Field was one of the largest MLB stadiums via seating capacity in the game. The total size fell just under 50,000 at 49,586. When the Braves made it into the playoffs, you saw more massive crowds show up via standing room. The largest crowd attendance came in at 54,357 which was a playoff game against the Chicago Cubs. The seating capacity was similar to the size of Shea Stadium and old Yankee Stadium.

The Atlanta Braves had many famous players play at Turner Field. Some of the prominent players include Chipper Jones, Greg Maddux, Tom Glavine, John Smoltz, and many others. In Monument Grove, you saw the Braves memorialized famous players like Ty Cobb, Hank Aaron, and Phil Niekro with statues in their hall of fame.

At Turner Field, you had the Braves Chop House which was a casual dining option for fans in right-center field. Each table within the restaurant had a view of the area, so it was always a popular choice for fans to check out. The 755 Club was a famous part of the stadium in honor of the total home runs hit by Hank Aaron. The 755 Club was a party suite section that gave fans access to individual suite levels to watch the game. Turner field was also home to the All-Star Game and Home Run Derby in 2000.

The final game at Turner Field came on October 2, 2016. The game was against the Detroit Tigers which the Braves won 1-0. In the closing game ceremony before moving to the new stadium, the Braves held ceremonial moments at home plate. Home plate at Turner Field is now at SunTrust Park which was a nice addition. There was also a video montage of famous Braves events on the video board out in center field. Like before most games, the Braves began the game with their signature Tomahawk Chop which became a tradition with Braves fans.