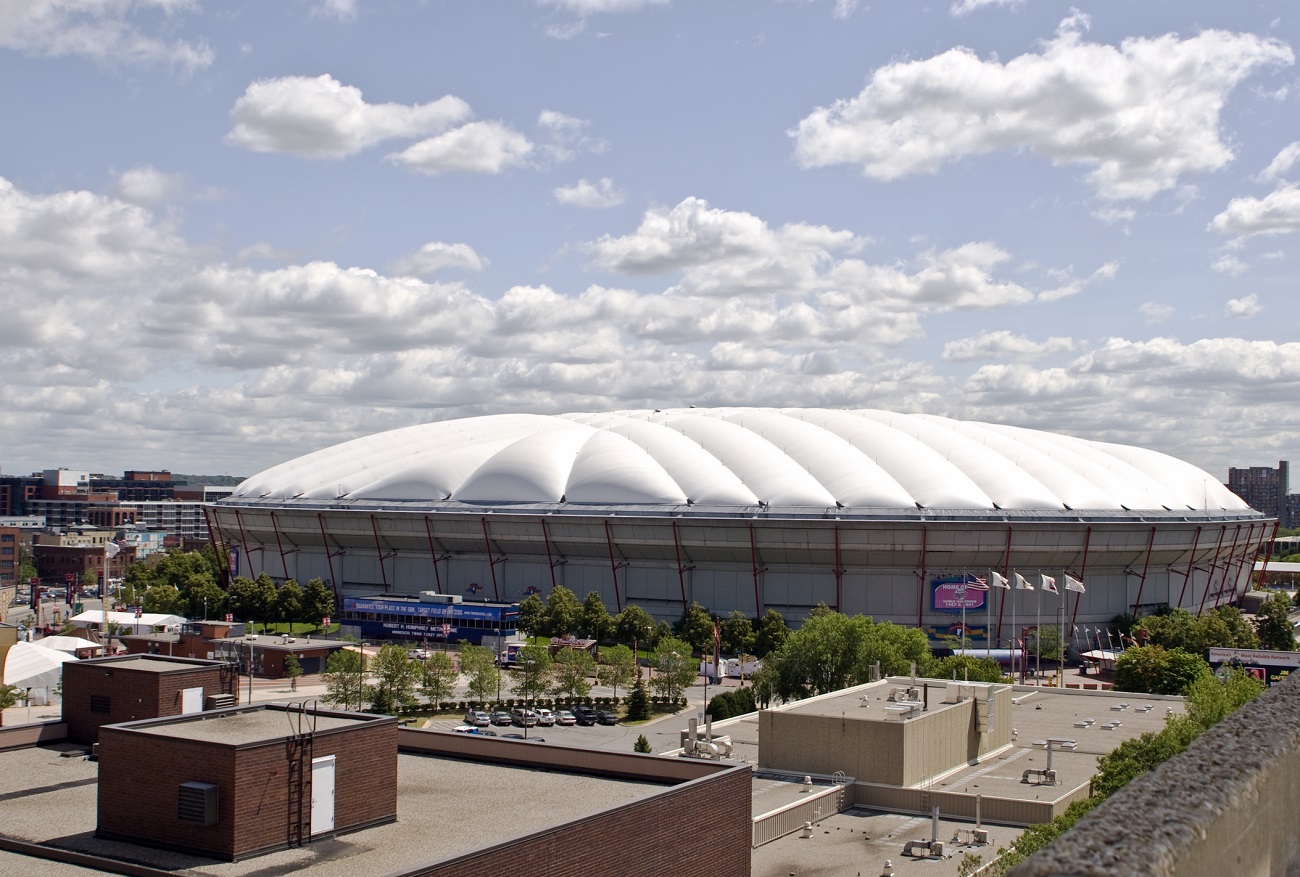 History of The Metrodome

Both the Twins and Vikings were in desperate need of a new stadium since the arena was not ideal for either team. After the 2009 season, the Twins moved to their new stadium, Target Field. With the roof collapse due to snow in 2010, the Vikings had to play their football games at the University of Minnesota. In 2016, the Vikings got their new stadium which was U.S. Bank Stadium. If you are looking for U.S Bank Stadium Parking, you can visit that link.

Check out the list of oldest MLB stadiums that are in the game today.

Where is The Metrodome Located?

The location of the Metrodome was in downtown Minneapolis, Minnesota in the United States. Minneapolis is known as being part of the Twin Cities because of how close St. Paul is to Minneapolis. The exact address of the facility was 900 South 5th Street, Minneapolis, MN 55415.

Check out the Target Field Parking guide if you plant to drive to the game for baseball. In addition to baseball games, you also have basketball games out at Target Center. If you are looking for Target Center Parking, you can visit that link.

What Team Played at The Metrodome?

The Minnesota Twins, who are a Major League Baseball Team, played home games at the Metrodome. The Twins are in the American League Central Division where the Cleveland Indians, Kansas City Royals, Chicago White Sox, and Detroit Tigers play. The Minnesota Vikings also played at the Metrodome, and they are an NFL team.

What were the Metrodome’s Dimensions

The Metrodome had the following dimensions away from home plate. Out in left field, you had the markings of 343 feet, 385 feet in the right center, 408 in center field, 367 in right center, and 327 in right field. The right field wall stood at 23 feet which made it the tallest right field in the game.

The Metrodome was able to sit around 45,000 people for a baseball game. When there was an MLB playoff game at the dome, you could see that seating capacity number increase due to extra seating. NFL football games was able to get a crowd seating attendance of over 60,000 people. Concerts and basketball games would range anywhere between 50,000 people and 60,000 visitors.

The Minnesota Twins won two World Series in this facility in 1987 and 1991 with Kirby Puckett being the central star. As a franchise, the Twins have won three World Series with the other victory coming in 1924. Catching a Twins game was exciting in the Dome as the fans were passionate about their baseball team. You would see large crowds in the upper deck and along the rows cheering on their Twins during home games.

One notable feature of the park was the air pressure roof which was white. By having a white roof (like Tropicana Field also being domed stadiums) made it hard for players to see the ball during home games. You would see many players throw their arms up in confusion after losing the ball in the air supported roof.