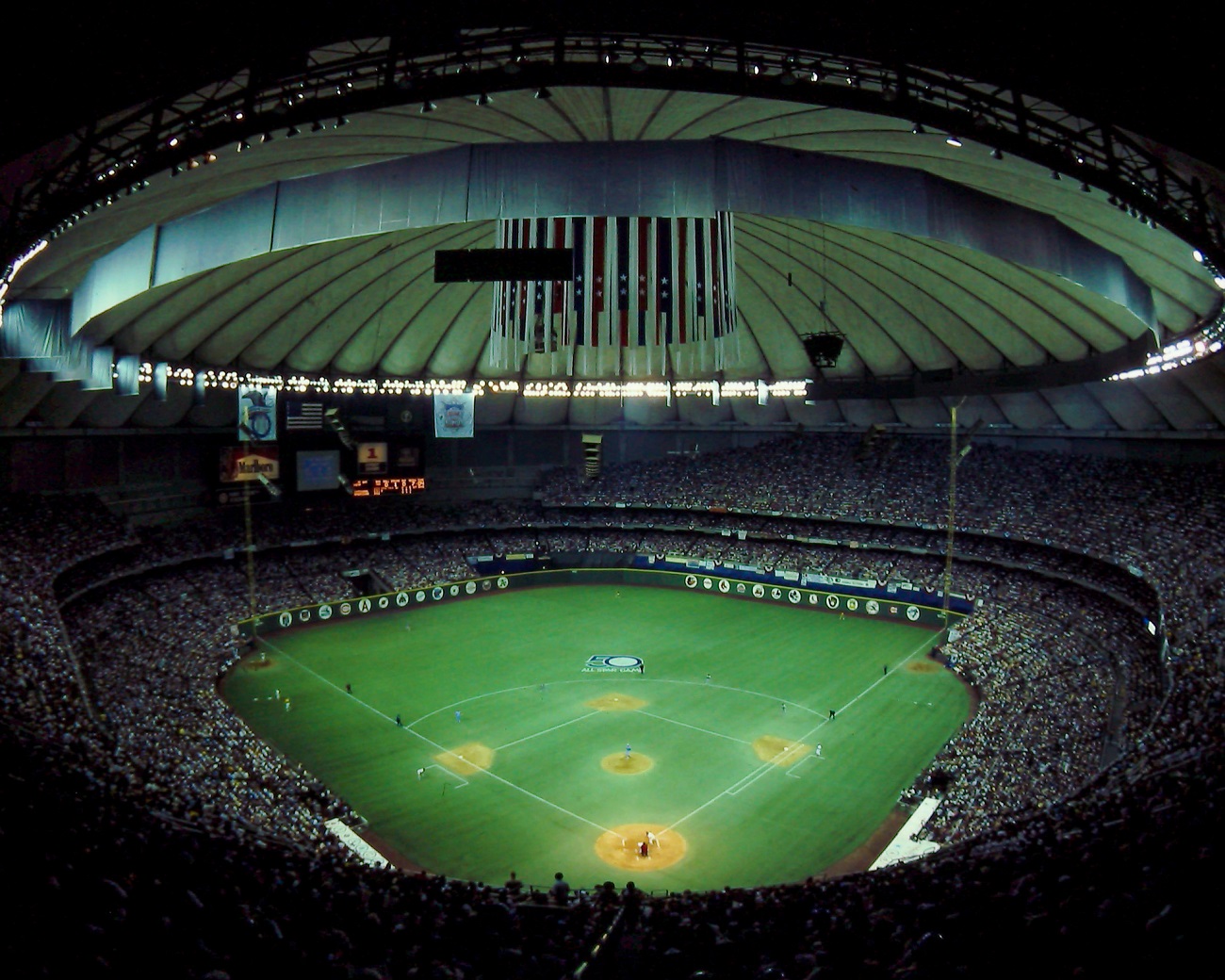 History of The Kingdome

After the 2000 season, the Kingdome was imploded and demolished as the Mariners moved into their new stadium which was known as Safeco Field. In 2019, the Mariners games still play at the same facility, but it is now known as T-Mobile Park.

Check out the list of oldest MLB stadiums that are in the game today.

Where was The Kingdome Located?

201 S. King Street was the precise location of the venue. The Kingdome’s site is in Seattle, Washington, in the United States. Before 2000, you would see the stadium sit next to Safeco Field as that stadium was being built. Centurylink Field (NFL Seattle Stadium) is in the same area as Safeco Field, so the Kingdome was right in the heart of sports in the city.

Check out the T-Mobile Park Parking if you plan to drive to the game. The Seattle Seahawks football team also sits next to Safeco Field. If you are looking for Lumen Field Parking, you can visit that link.

What Teams Played at The Kingdome?

The Kingdome was a multi-purpose facility like many stadiums in the ’70s. Baseball, basketball, football, and soccer matches all took place at the stadium. With the venue being versatile, you did not have an actual baseball field experience with some seats being far away from home plate.

What were the Kingdome’s Dimensions?

With the facility as a multi-purpose unit, you did not have an authentic baseball stadium. The foul territory was enormous, but the outfield fences from home plate were small. The venue was known as a hitter’s park with being 331 feet in left field, 376 feet in left-center, 405 in the center field, 362 in right center, and 312 in right field.

What was the Capacity?

The Seattle Kingdome was large for baseball with just under 60 thousand with many seats in the upper deck. Shea Stadium capacity and Old Yankee Stadium capacity had similar seating size with  55 thousand each.

The Seattle Mariners as a franchise has never won a World Series, but the Kingdome held many memorable moments and players. From Randy Johnson, Edgar Martinez, Alex Rodriquez, Ken Griffey Jr, Jay Buhner, and more all had games at the venue. Ken Griffey Jr hit a home run in his first at-bat in 1989 and hit the last home run at the stadium in 1999.

For the stadium specifically, you had some funky aspects. Speakers, cables, and wires, and more hung over the field and made the atmosphere quirky. A 23-foot wall was put into right field in 1982 which became known as Walla Walla. A dome experience was similar to the Metrodome and Tropicana Field by having a roof over the baseball field.

Finally, you had some other memorable moments at the stadium. The Kingdome was able to host the NBA, NFL, and MLB All-Star game at their venue. Baseball’s All-Star game was in 1979 in the city of Seattle.