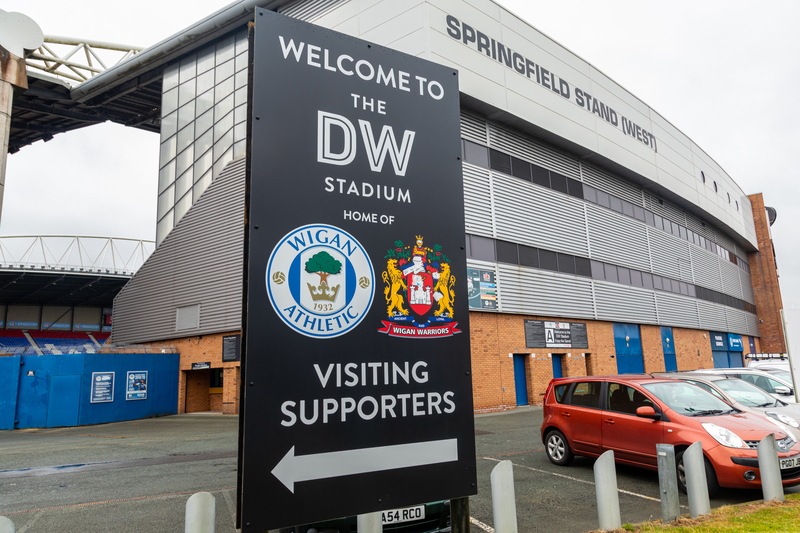 DW Stadium (originally JJB Stadium) is home to the Wigan Athletic Football Club (The Latics) and the Wigan Warriors Rugby team. The arena opened in 1999 at 15 Loire Dr, Robin Park Rd, Wigan WN5 0UH, United Kingdom. Here is the complete guide to matchday parking at DW Stadium for your next association football or rugby match!

How Much is Parking for Wigan Athletic F.C. and Wigan Warriors Rugby Team? 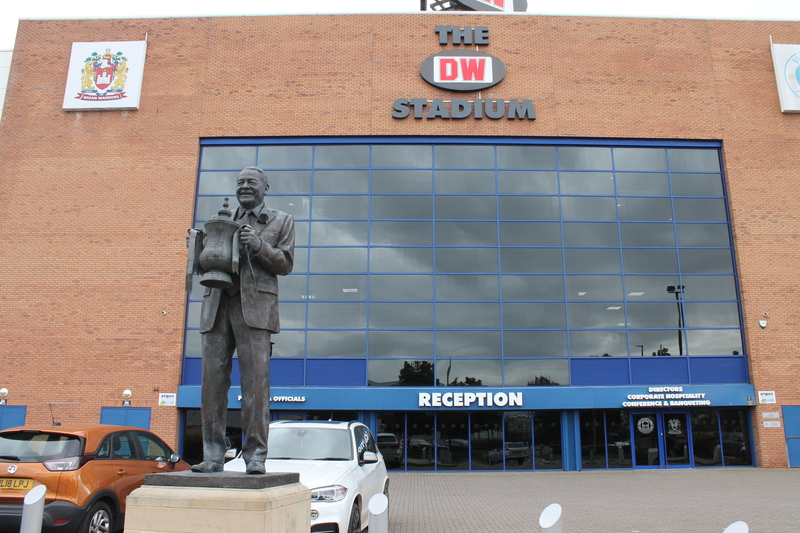 According to the team’s official website, there are 2k parking spaces around the venue for fans to use on game day. The parking rates for Car Parks 1,3,4, and 5 are £5.00 for cars, £10.00 for minibuses, and £20.00 for coaches. Fans looking to buy seasonal car parking can do so on the team’s official website. Finally, these 2k parking spaces can sell out entirely during games, so your best bet is to arrive a few hours early to give yourself plenty of time to get a space for your car.

Fans can also reserve unofficial car parking spaces near DW Stadium using Your Parking Space. Parking rates go for about £10.00 and are generally within a 20-minute distance from the stadium. Prices can fluctuate on gameday depending on the availability of spaces, so your best bet is to secure your parking weeks ahead of time before the match.

Fans looking for accessible car park options should go to the North West Car Park at the stadium. If there are any questions about where to go when you get to the arena, you can ask the parking attendants working at the venue. These parking spaces are limited, so your best bet is to arrive early to get a car parking space.

Also, be sure to direct any ADA questions or special recommendations to the official site a few weeks before your match so the staff can accommodate your visit.

Are There Pre-Match Festivities / Pubs Around DW Stadium?

There are numerous pubs and restaurants close to DW Stadium for fans to visit before kickoff. Those places include the Red Robin Pub and Carvery, Nutri-Licious Eateries & Cocktail bar, Douglas Bank, Brickmakers Arms, Bird Ith Hand, and Old Pear Tree. After you get a pint or two with your mates at some of these places, you can easily walk to the stadium for the football or rugby match. The atmosphere in these pubs adds to the experience of catching a game at JJB Stadium, so be sure to stop by.

Can You Smoke Inside DW Stadium?

There is no smoking allowed inside DW Stadium for any game or event.

Should I Take Public Transport to DW Stadium?

Fans taking the train to the game can use Wigan North Western or Wigan Wallgate train station. The Wigan North Western station brings fans to the game from Liverpool. Meanwhile, Wigan Wallgate station serves Southport, Liverpool, and Manchester. These railway stations are about a mile away from the arena, making it about a twenty-minute walk to the stadium. Fans who don’t want to walk from these rail stations to the game can call a rideshare program.

Fans can take the bus to DW Stadium for a rugby or football match. The bus lines that bring you to the game are 4,352, 395, and 641. The Wigan Bus Station is right in Wigan Town Centre, and the walk from there to the arena is about a mile.

Finally, fans can ride bicycles to the Wigan Athletic Football Stadium for a game. Cycling to the game is free, and there are numerous dedicated cycle lanes on the road to protect fans traveling to the arena in that matter. Once you get to the stadium, head to the North Easter Corner of the venue to put your bike inside the bike rack. As a note, you must bring your own bike lock to properly secure your bike before heading to the game. 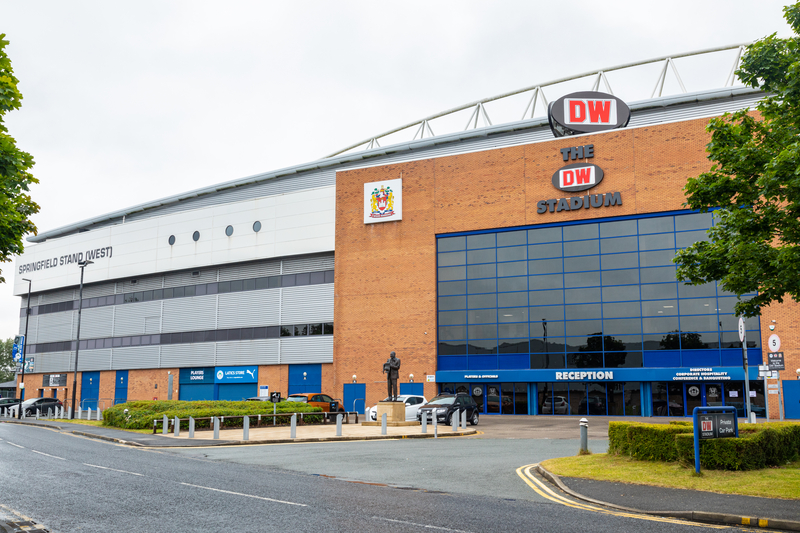 The Bolton Wanderers are the biggest rival of Wigan Athletic Football Club. These two clubs have a long history of playing derby matches against each other, so home and away fans always look forward to this matchup when it comes around.

Outside of the derby game, fans of the Latics always look forward to matches against Blackburn Rovers, Sheffield, and Preston North End.

The Rugby League that the Wigan Warriors are part of has a dedicated and loyal fan base. No matter what team the Warriors are playing, fans will be passionate about supporting their team during the game.

How Big is the Max Seating Capacity at DW Stadium?

The max seating capacity for an association football game is 25,138.