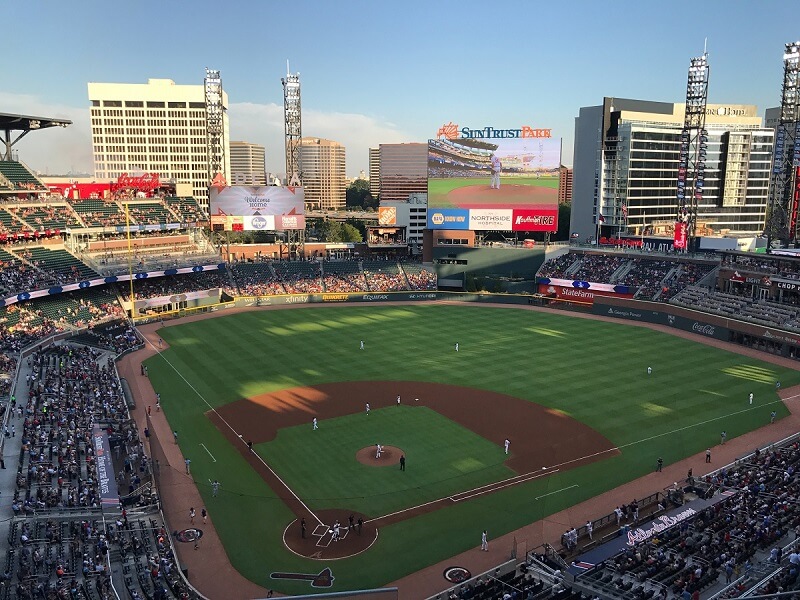 When Did the Atlanta Braves New Stadium Open?

Truist Park (originally SunTrust Park) opened up on March 31, 2017. The previous home was Turner Field of the Atlanta Braves who are an MLB team. Unlike Turner Field, Truist Park was built for baseball, so views, food options, meeting space, and more are an instant upgrade over the previous facility.

What is the New Location the Atlanta Braves New Stadium? 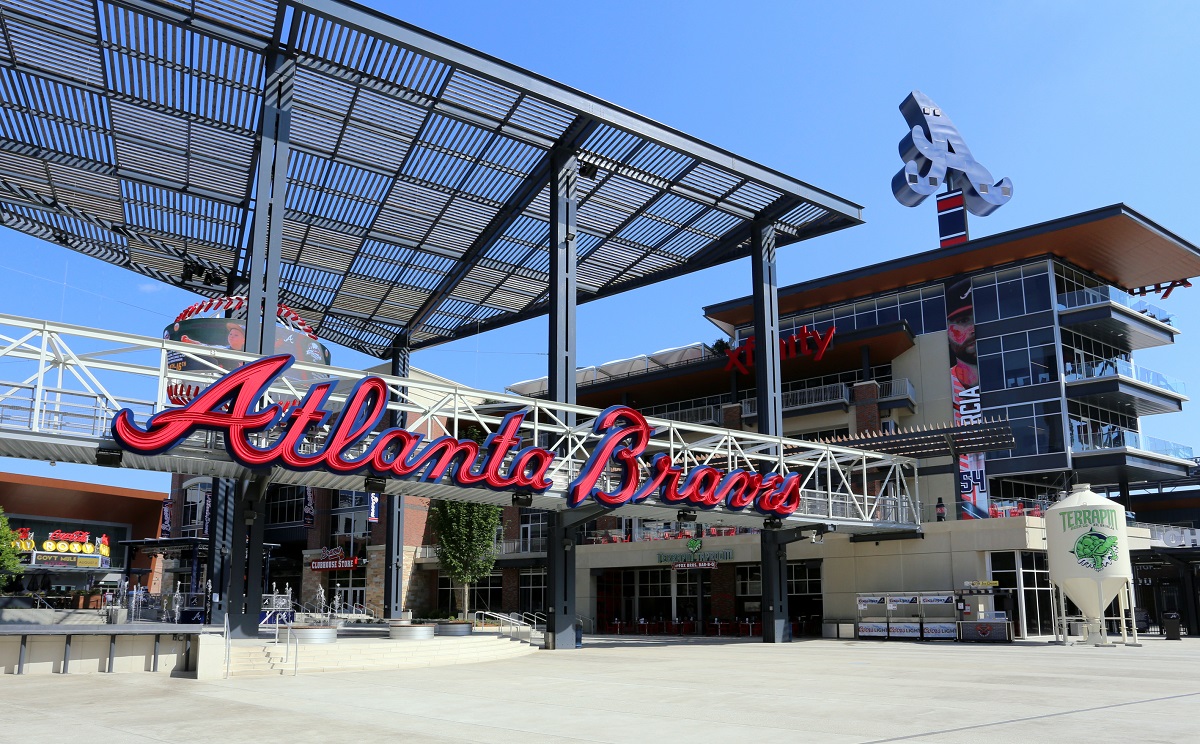 What Time Does Truist Park Open?

The Braves open up their gates two hours before game time. The best gate to head to is the one out in right field which is known as the Chop House Gate.

Check out the Truist Park Food guide before your next visit!

What Team Plays at Truist Park? 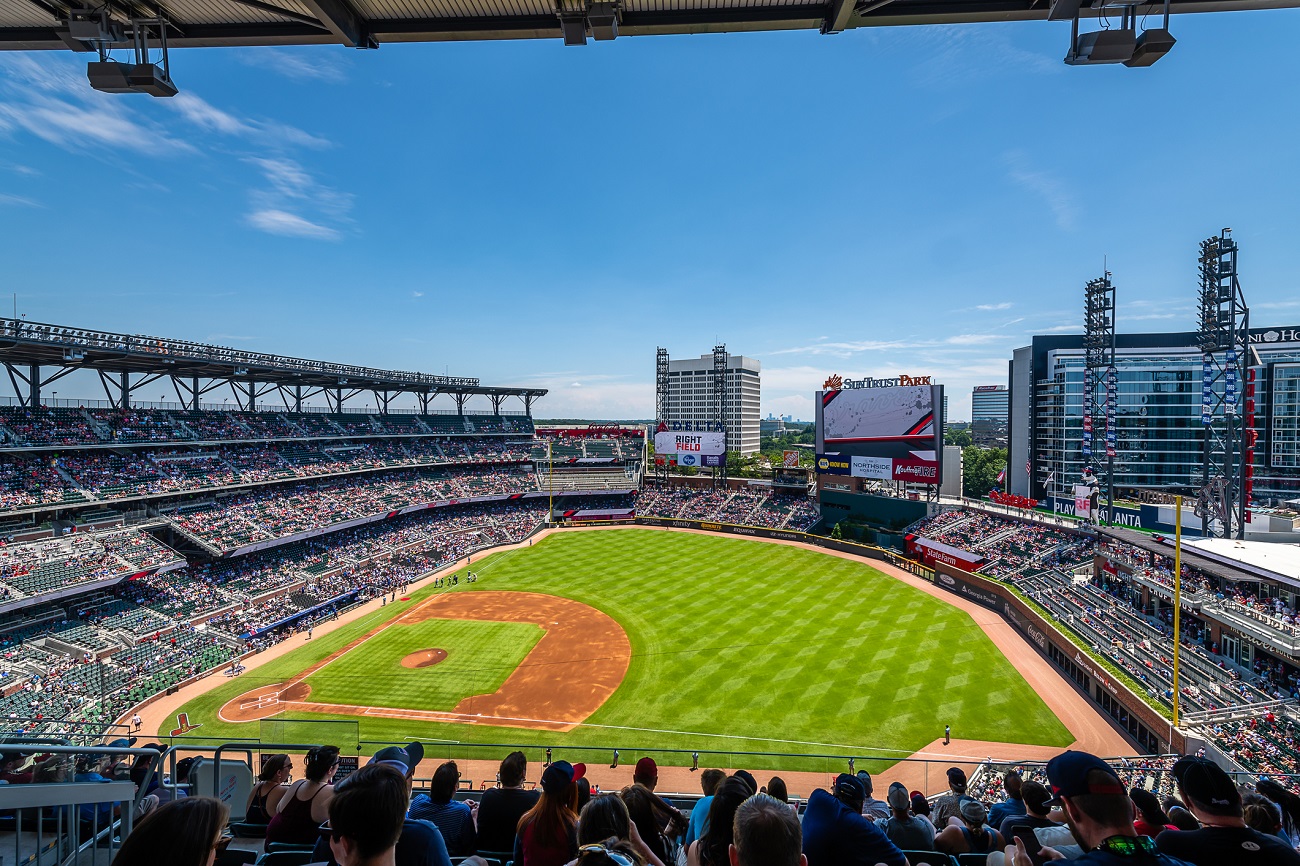 The Atlanta Braves, who are a Major League Baseball, team play at Truist Park. Since 2017, the Braves have been calling this venue their new home.

What are the Dimensions at the Venue?

What is the Capacity at the Braves Park?

The MLB venue fields hold just over 40,000 seats which are the new norm for modern ballparks. The current seating capacity falls around 41 to 42k seats. The largest crowd to date came in at 42,385 due to standing room sections in the 2018  playoffs.

n 2018, SunTrust Park had an average of over 30,000 fans per game, so most of the park was filled for match ups. You can expect tickets to be difficult to get when the Los Angles Dodgers, St. Louis Cardinals, New York Mets, or Chicago Cubs visit. Opening day and playoff game tickets will be difficult as well to find, so plan accordingly.

Fans can venture south of Truist Park to catch two games out in Florida. In Tampa Bay, you can catch a Tampa Bay Rays game at Tropicana Field. If you head south of Tampa, you will get to Miami which is where LoanDepot Park sits.

Sitting out in the Chophouse Terrance (Chop House) and Deck area gives fans many options to socialize, eat, and drink during the game. Fans looking for that casual section with tons of beer and food would enjoy watching the game from this location.

Outside the main stadium, fans can check out other great food options like the Battery Atlanta. The Battery Atlanta is a section outside the main gates that allow fans many great activities to do before a game. Corn hole tournaments, art showings, great dining options, concerts and more will be performing out before, during, and after games. This section of the field is similar to the New Busch Stadium’s “village park” section out in left field.

The Delta Sky360 Club Seats are the premium section within the arena. Fans will be on the field level, have wider seating sections, in food service, and more. Fans will also enjoy the lounges that are open to sitting members, so they can stay inside during cold nights or hot summer days and never miss the action.